Disney has a magical way of bringing animals to life. In return, these animals pay tribute to their favorite storybook and movie characters with creative Halloween costumes.

Ah, Prince Charming, your beautiful princess awaits. (If her seven dwarfs were mice, would she eat them?)

"Mirror, mirror, on the wall – who's the fairest of them all?" #CatCostumes pic.twitter.com/BheOAU0KP9

Simba from The Lion King

They’re from the same family, so it makes sense that this little cutie wanted to dress up as Simba for Halloween.

Sebastian from The Little Mermaid

This terrified feline reminds us that crabs have feelings, too! Sebastian, the devoted servant of King Triton, nearly lost his life in a lobster pot like this.

To infinity and beyond! Who better to portray the boisterous Buzz Lightyear than this spunky Boston terrier?

Marty is so ready for Halloween. #bostonterrier #dogcostumes #toystory pic.twitter.com/Fc30qHudDF

The 1995 Disney film was criticized for its inaccurate portrayal of history (and for making Pocahontas just a bit too sexy). But this devoted kitty holds no grudges against the movie. (Wonder if she realizes that the meaning of Pocahontas is “Naughty One”?)

Come up with a pun for this one, I dare you. (Po-cat-hontas is not allowed): http://t.co/qMyeOVmU #CatCostumes

He can’t sing… but so what? Mumble’s got the moves. What cat wouldn’t want to portray the adorable hero of the 2006 Oscar-winning film? Tap away, little guy!

Guess what Bentley is going to be for Halloween? Thanks in advance @allisavage – is he thrilled. #catcostume pic.twitter.com/eSG3CjkHHd

Never has a saber-toothed squirrel looked so darned adorable. (And we’re so happy that the acorn is attached to Pepper’s costume – Scrat will never lose his treasure again!) 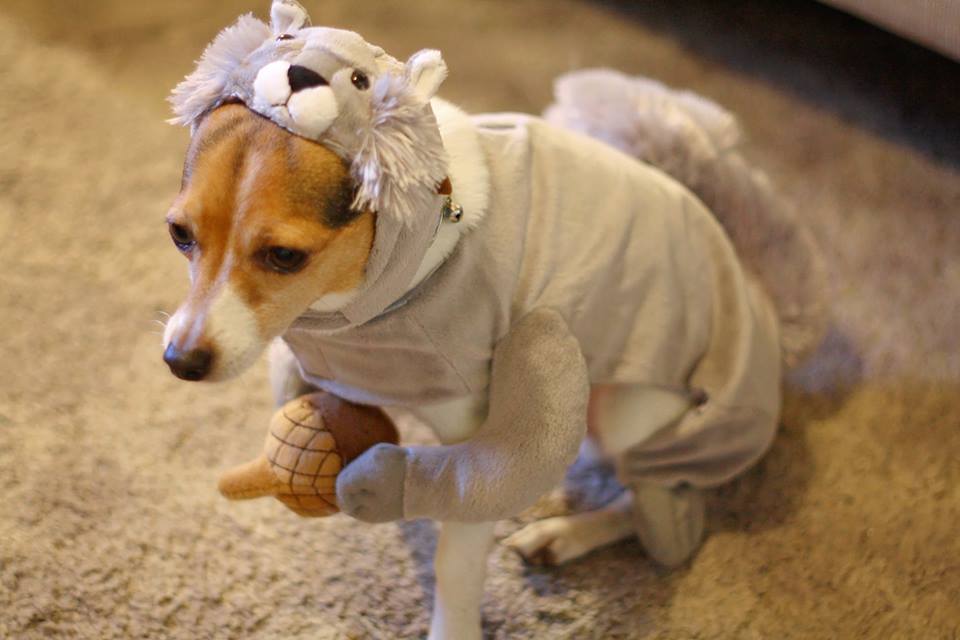 More on cats and dogs

Keep your pets safe on Halloween
Comb-overs, hipster cuts and other great hairstyles for dogs
10 Dogs that look like they should be pigs