This might be the saddest thing you’ve heard in a long time.

A Spanish nursing assistant who contracted Ebola while caring for a sick patient has received an order from her hometown Madrid government that her dog, a 10-year-old mix-breed named Excalibur, will be put to death and incinerated as a means of controlling the spread of the deadly virus.

Here’s an image of the court order the family received and was posted on the Asociacion Protectora Villa Pepa Facebook page. 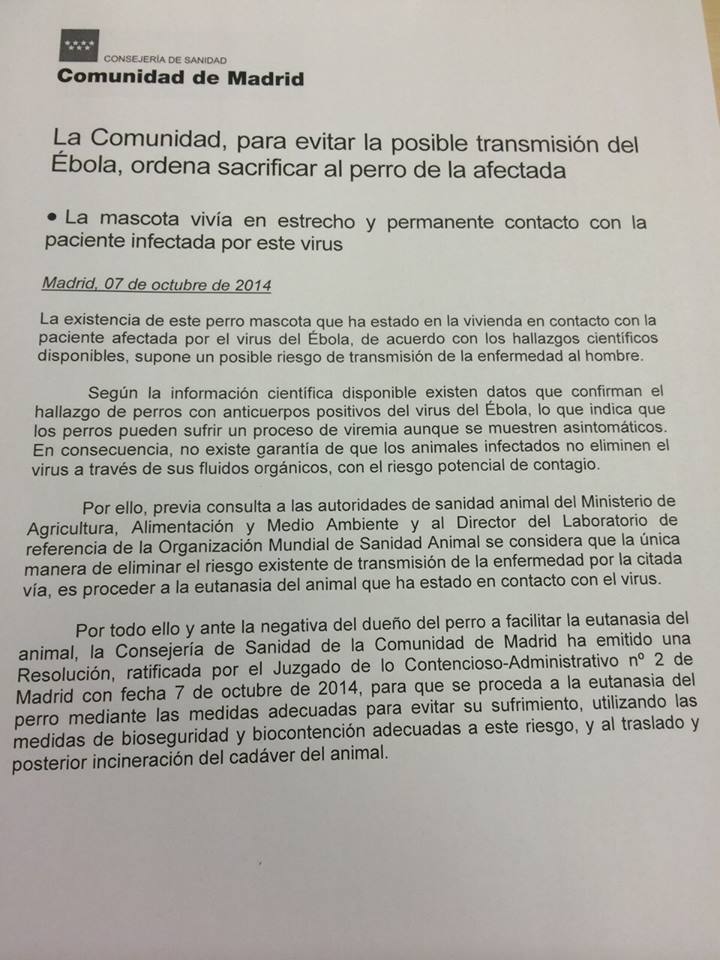 Despite protests from her family, the court order has been issued to euthanize the dog because, they say, there is scientific evidence that dogs can contract Ebola and spread the disease to humans. The CDC agrees that dogs can contract Ebola. The virus, according to the World Health Organization has spread from animals to humans across West Africa.

The nursing assistant’s husband, Javier Limón, who is currently quarantined because of his own exposure to Ebola, has taken to the Asociacion Protectora Villa Pepa Facebook page to call on the Madrid government to spare the dog. 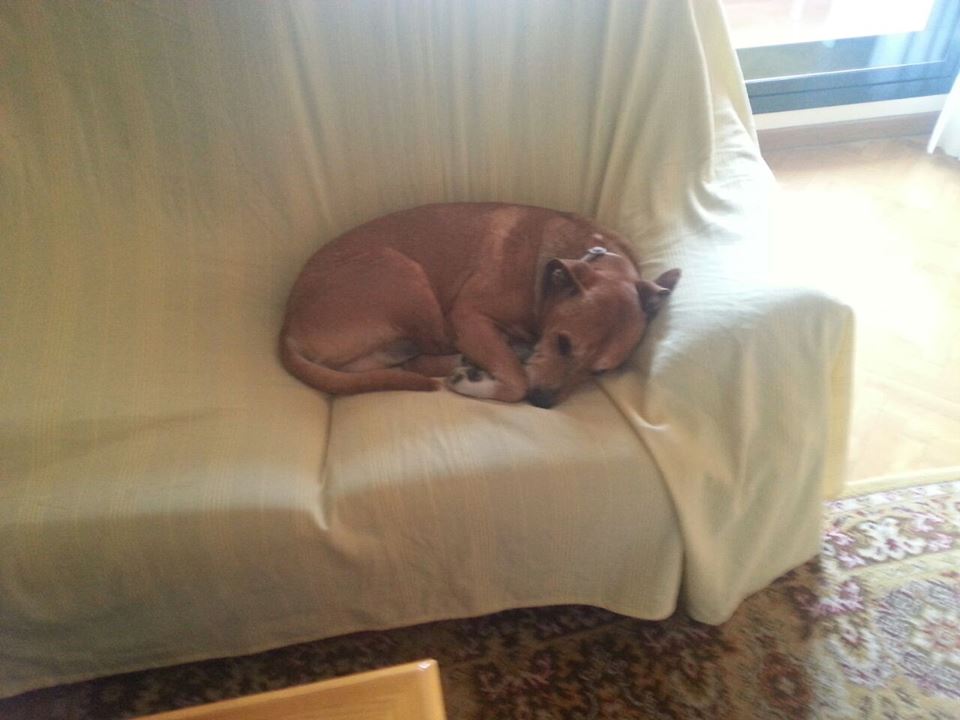 “I think it’s unfair that for a mistake they made they now want to solve it this way,” Limón wrote. “If they are so worried with this issue I think we can find another type of alternative solution, such as quarantining the dog and put him under observation like they did with me. Or should they sacrifice me as well just in case?”

A fair point, but while completely heartbreaking for this family, the authorities have a responsibility to do everything they can to control the Ebola outbreak.

The nursing assistant, according to reports, contracted Ebola in a Madrid hospital while treating a priest returning from West Africa infected with Ebola. He later died from the disease. Officials say the woman only came in contact with the patient on two occasions.

Although tragic, you can understand why government officials are ready to go to just about any lengths to stop the spread of Ebola before it begins to spread across Europe.

You can sign an online petition to save Excalibur’s life or join in social media protests using the hashtag #SalvemosaExcalibur.

They’re all in Spanish, but it’s not hard to understand why everyone is so sad about poor little Excalibur.

How this dog survived euthanasia is a mystery, or a miracle

World’s tallest dog, Zeus, has passed away at the age of 5

Baby cuddles pit bull to give you the warm fuzzies (VIDEO)

This GPS Pet Tracker Gives You Peace of Mind if Your Pup Has Wanderlust, & You Can Grab on for 40% Off