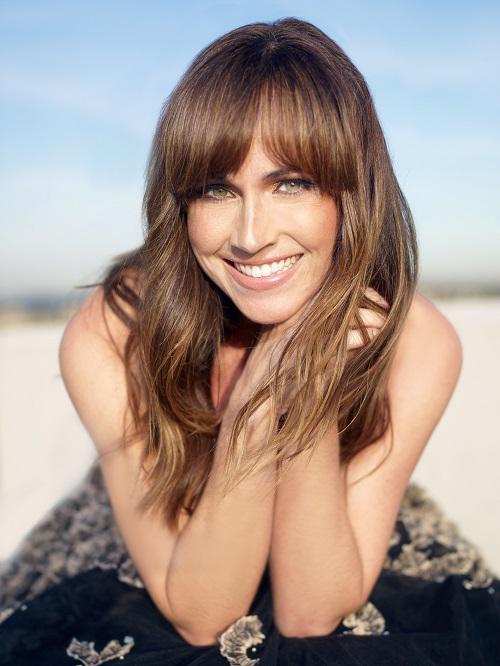 ?In April of this year, I was fortunate enough to join forces with a group of smart, passionate women brought together over a common cause: the gender imbalance in the entertainment industry.

t Each of us represented different aspects of the industry, but we all shared a very similar experience. That infamous glass ceiling, which we all thought had been shattered years ago, was still very much intact. Recent statistics confirmed our collective concerns, which were that women are still very much underrepresented in our industry. For example, in 2011 women directed just four percent of top films, or eight out of 172 films. This underrepresentation can be seen in all jobs (except hair, makeup and wardrobe of course), at all levels. Driven by a desire to create more room at the table for us all, we created the iWeSummit. Our goal being to innovate, activate and actualize an Industry that Works for Everyone.

tWe were fortunate enough to bring together an impressive panel of women (and a man, by the way) in the industry who could not only share their own experiences with gender inequality but also present ideas on how to further the conversation and create change. I walked away from our iWeSummit more inspired than ever to create change because I realized that allowing the gender imbalance to remain intact had more far-reaching consequences than I initially considered.

t Why should we care if women are fully represented in the entertainment industry? It goes without saying that media shapes the way we think about ourselves in relation to others. I don’t have a daughter, but I have a son. It is important that he grows up in a society where women are truly valued… and not just on Mother’s Day. I want him to know the value of having women in leadership positions, the strength and insight women bring to any team. My fear is that he will continue to be a part of the current mindset of “She’s pretty good… for a girl.” Or, “I would love to hire a female executive, but they are just so emotional.” Or, “It’s just easier for people to take orders from a man than a woman.” Well, no s***, Sherlock. That’s why change is critical. We don’t need to just impact the way our daughters perceive themselves, we have to change the way our sons perceive women. The movies we see, the TV we watch and the images we display have a considerable effect on how the minds of our future are shaped. This is why it is critical for women to be more fully represented in the entertainment industry. In so many ways, we set the tone. We are the trend.

t Obviously, we aren’t all filmmakers. However, there is a tremendous amount that can be done to help permanently abolish that glass ceiling for women while also shaping a more balanced, respectful male/female dynamic.

t For one, we can support media that depicts females in a positive light. Secondly, if we don’t know our own value, no one else is going to know it for us. Know your value. Believe in your worth. In the movie Thelma and Louise, Louise said to Thelma, “You get what you settle for.” We have to remember to never settle, never tolerate the intolerable. Finally, support other women. I have seen women be their own worst enemy by tearing down other women. If we cannot advocate for each other, then we will never bridge the inequality gap. I have always said that no one knows what it’s like to be a woman better than another woman. We should be each other’s biggest fans, not each other’s worst enemy.