Based on the novel by Veronica Roth, Divergent became a massive success after its release in March. The main character, Tris, is a strong lead who is an inspiration for many young girls. Dress as Tris for Halloween and show off your fierce side, Dauntless style.

To create your very own Tris costume, you’ll first need to create her tattoo.

What you’ll need for the tattoo:

1. Trace the outline of the tattoo onto a piece of paper. 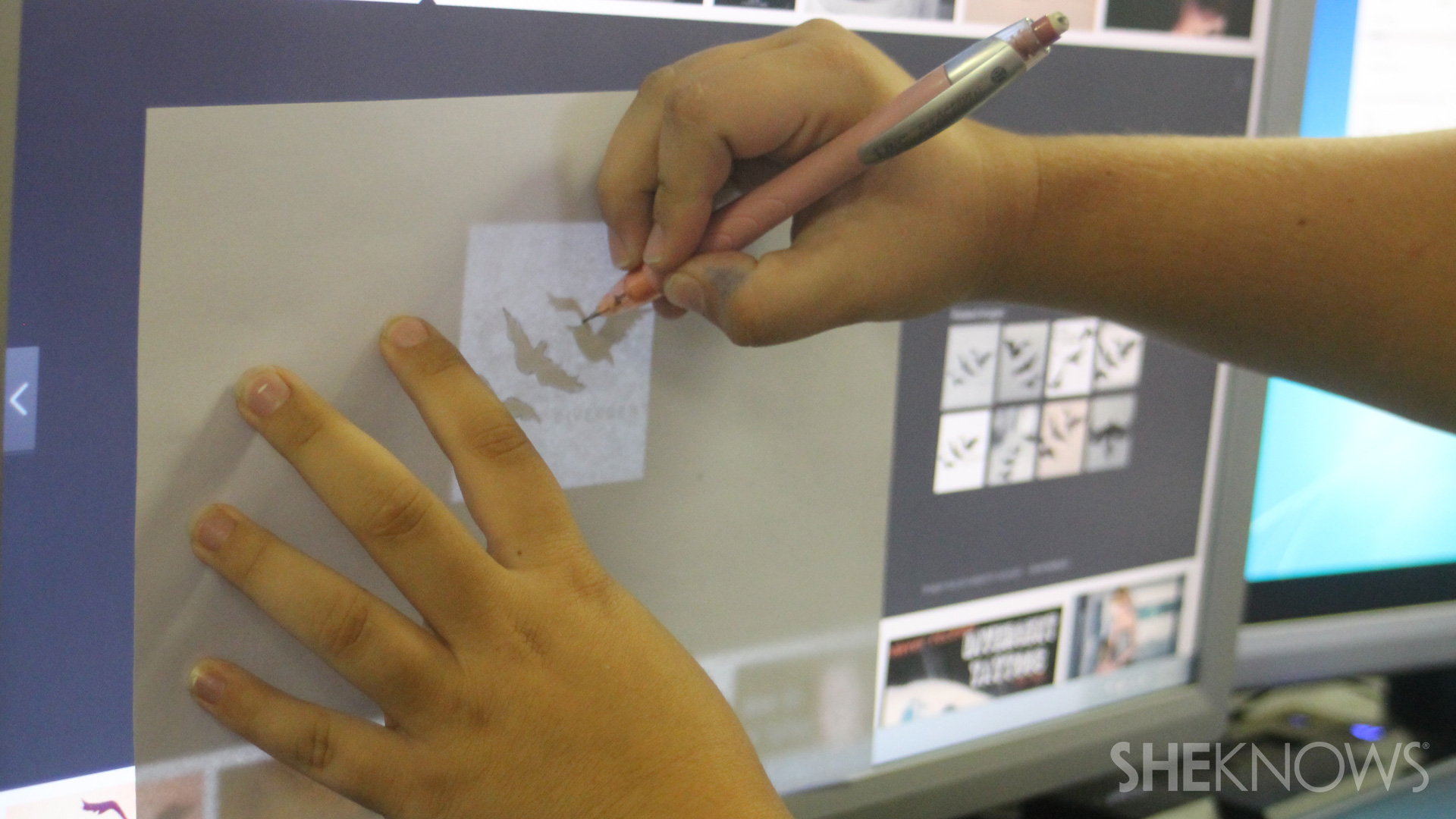 2. Cut out the birds to create a stencil. 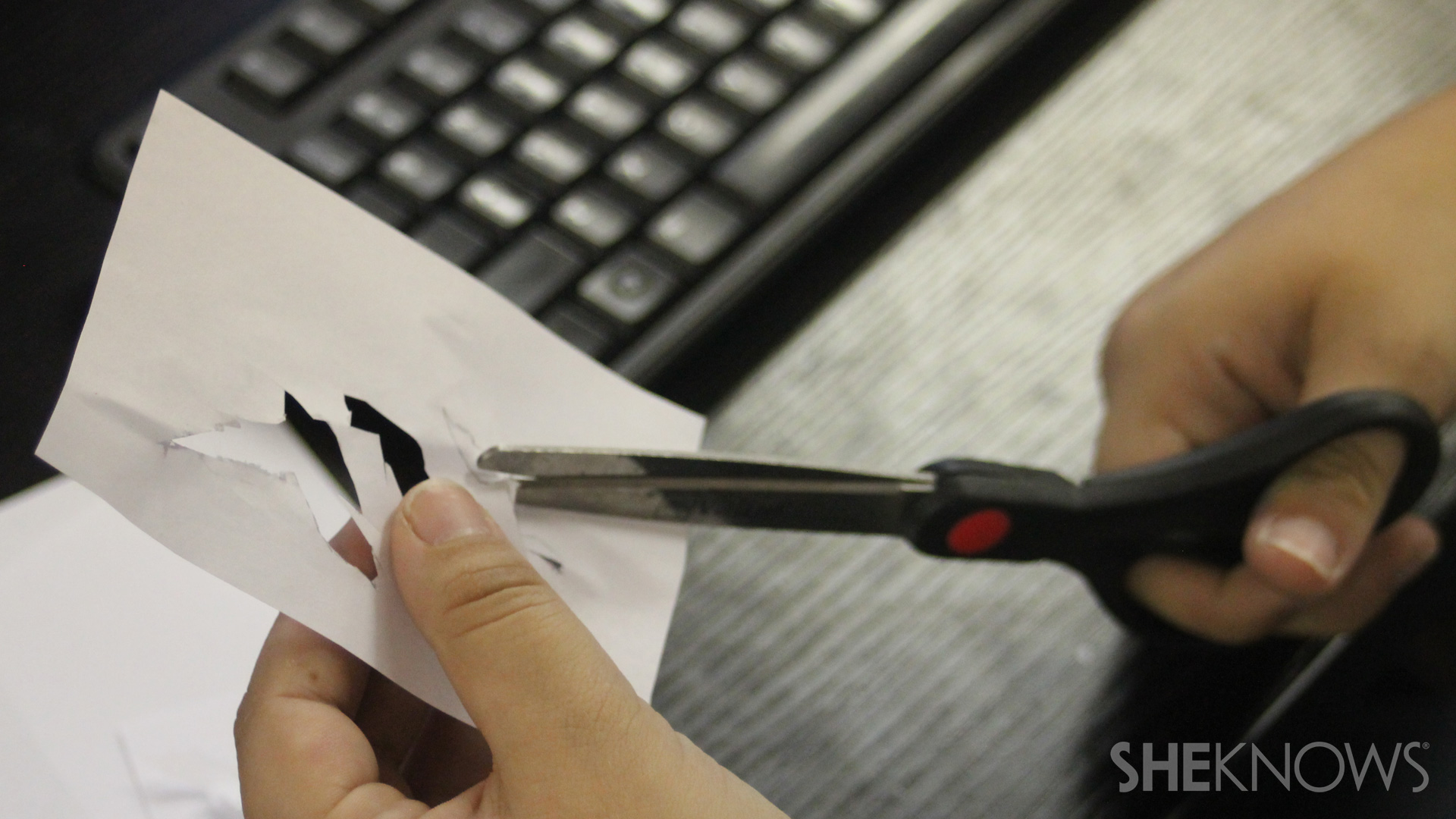 I poked a hole in the center of each bird and then cut around the outline. If you have a paper-cutting knife, like this one, that works great as well. 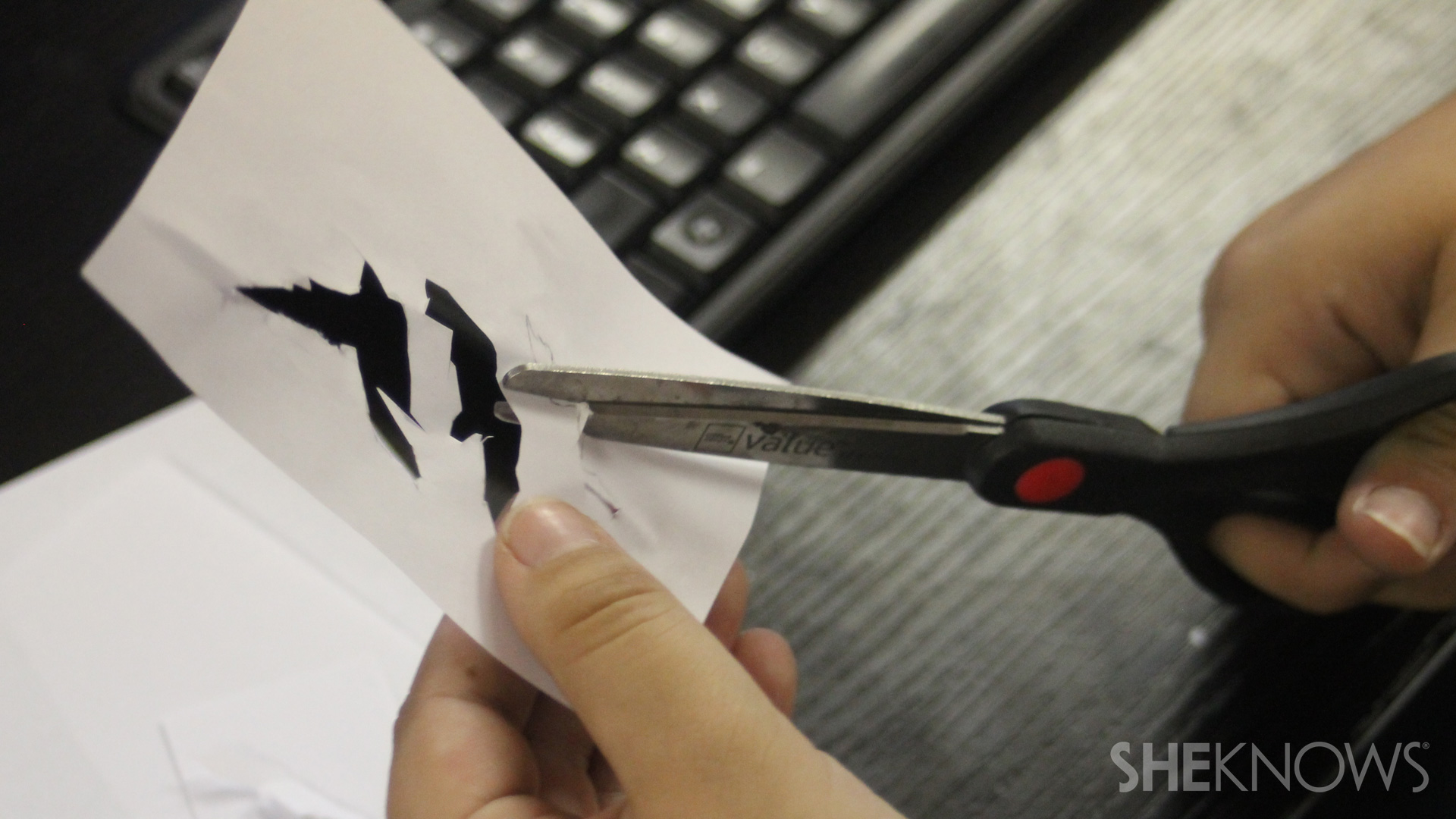 3. When you’re finished cutting out the birds, you’re ready to place the stencil on your body. Tris’s tattoo is located near her collarbone. 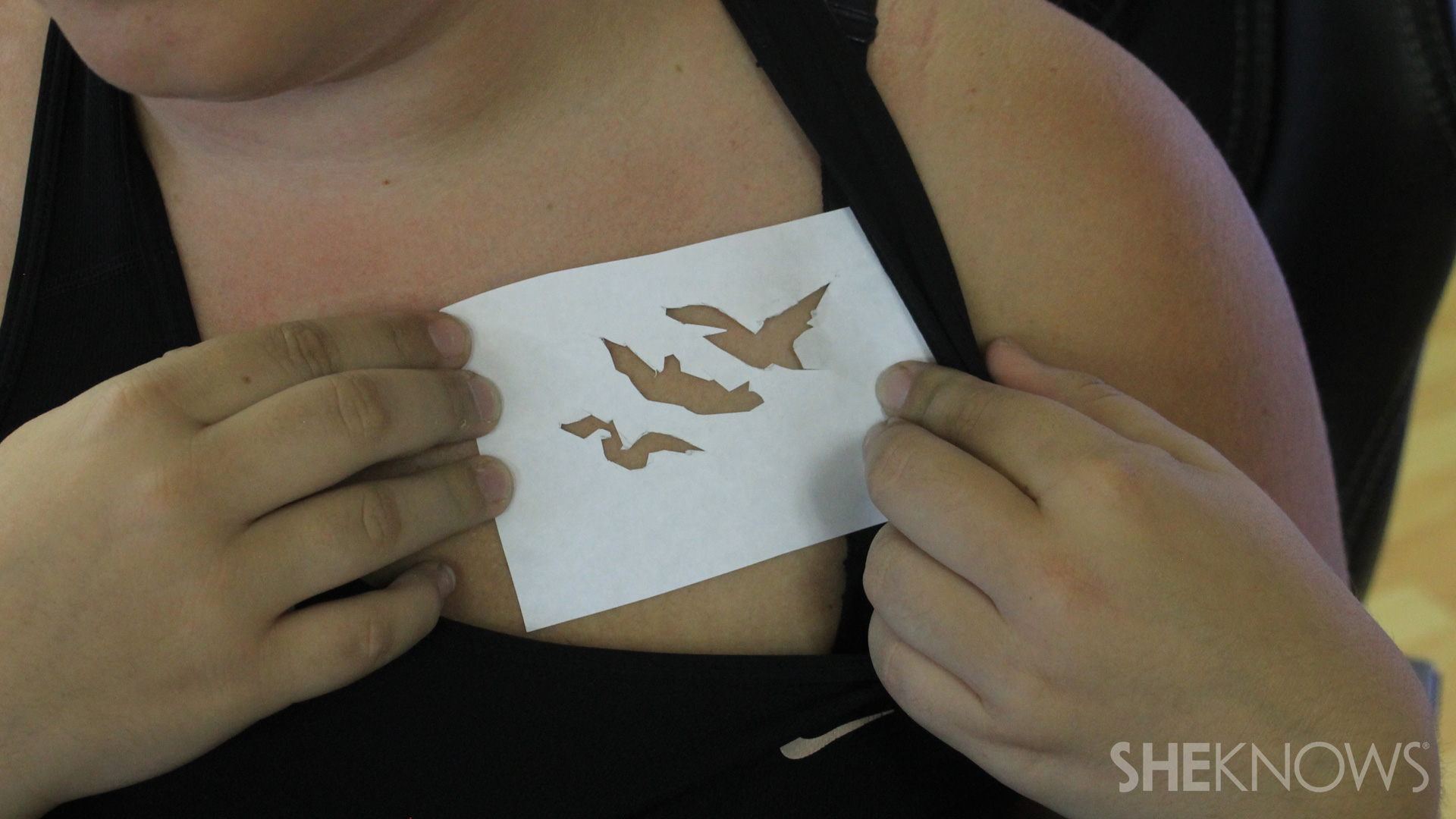 4. Once you have the tattoo placed where you want it, you’re ready to fill it in with permanent marker. It works best if you color in the stencil in front of a mirror so you can see what you’re doing. 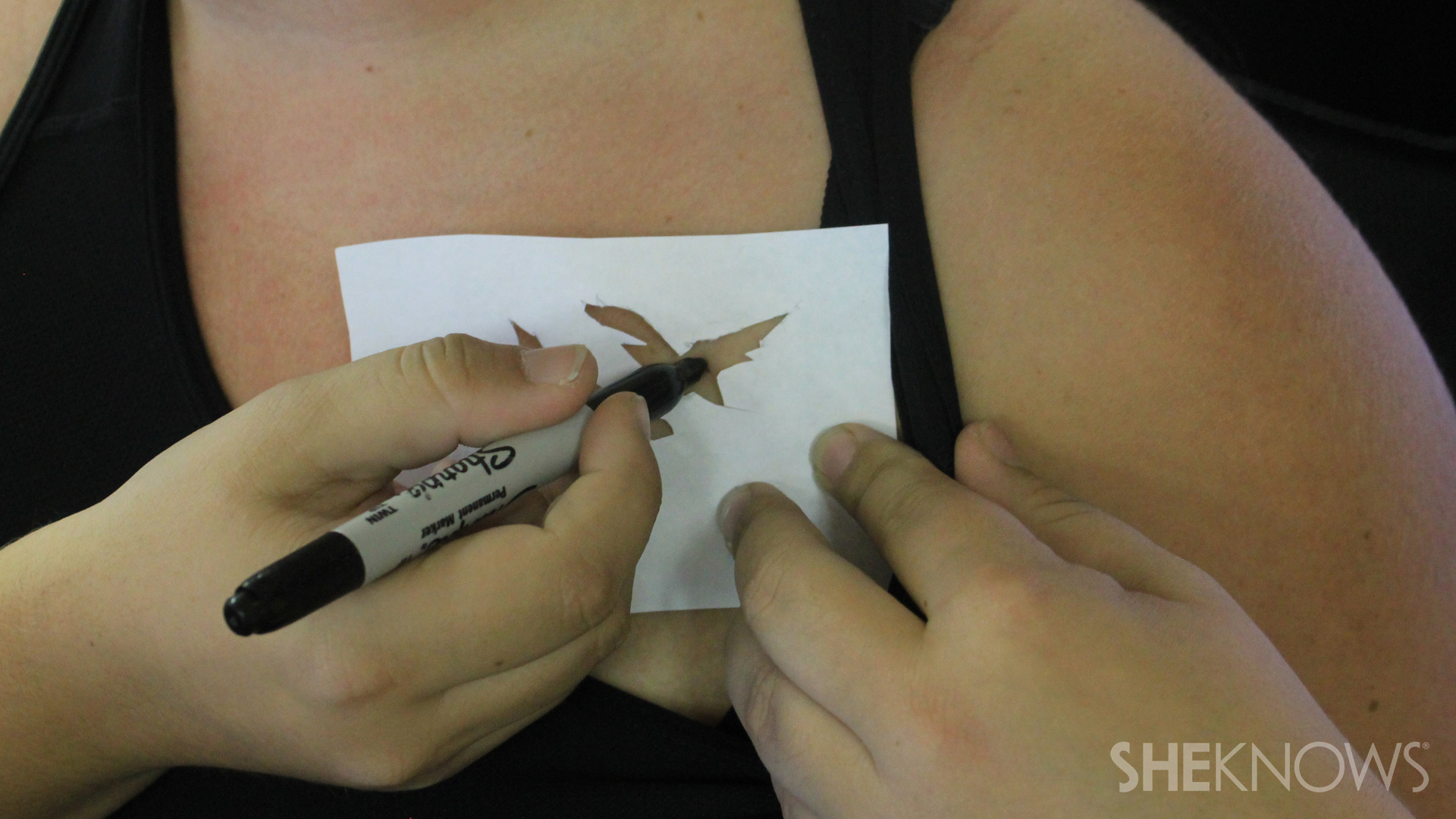 When you’re finished coloring in the birds, remove the stencil, and there you have Tris’s tattoo! 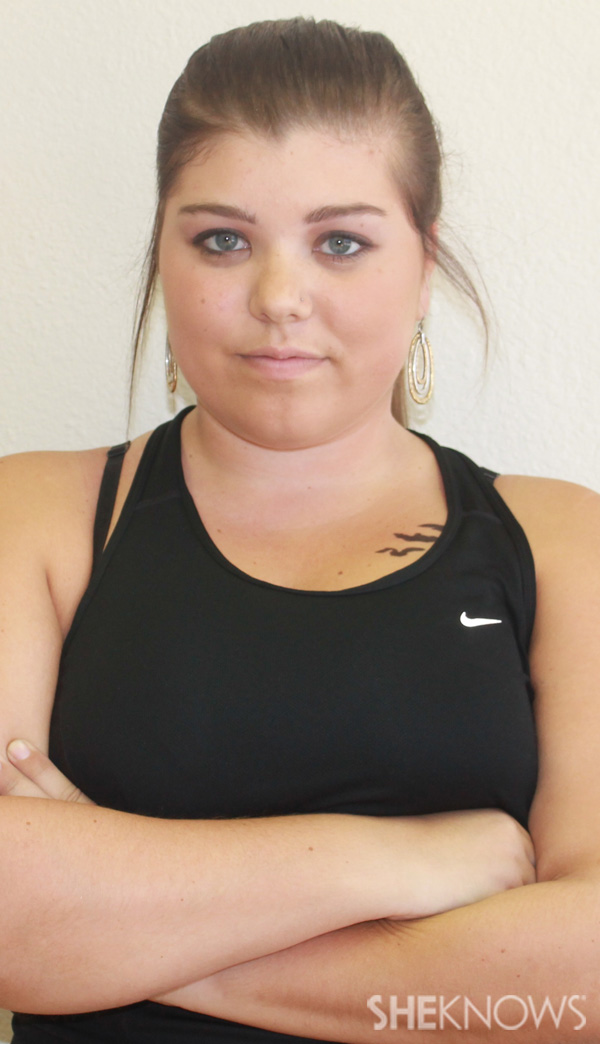 Now that you have the tattoo finished, it’s time to create Tris’s outfit.

There are so many different options you can choose from to create this costume. These are all items I already had at home. For the leggings, look for a pair that has a leather detail on them, such as a side panel. Any leather jacket or tank top will work, and they can both be found at a variety of retail locations. I wore quilted moto-style boots, but any short, combat-style boot would look awesome.

Wear your hair in a straight ponytail, with all bangs pushed back. You can leave a few wispy pieces down near your ears. For Tris’s eye makeup, I used the Naked3 palette by Urban Decay ($54). For my base eye shadow, I used the color “Limit.” I added the color “Liar” into the crease of my lid. In place of eyeliner, I used the “Darkside” shadow on my upper and lower lash lines to give the look an overall more Dauntless feel. I finished with mascara on my upper and lower lashes.

You’re now ready to be a badass this Halloween, Tris style.

Be a star in our SheKnows costume contest! Share a “Most Creative” or “Best Family Ensemble Photo” and you could win prizes! Submit through Facebook, Instagram, and Twitter using the hashtag #SKBESTCOSTUME, or fill out this form to be entered.