Joan Rivers’ favorite question to ask fellow comedians when they came on the radio show was, “When did you know you were funny?” Then, without exception, you would get some rendition of, “When I was 5 I used to make my father laugh by doing impressions of the neighbor” or some answer that would lead listeners to conclude that the guest was always funny. Not unlike Joan herself, although few were as irreverent.

t I was the executive producer of her syndicated radio show, and aside from producing the show, I would meet her limo and escort her upstairs to the studio. We would stop by the bodega in the lobby to corral our evening snack of Earl Grey tea and M&M’s. One night a woman approached and asked Joan, “Is this your daughter, Melissa?” and without missing a beat Joan quipped, “No, it’s my lesbian lover and you’ve just insulted her.”

t She was never not funny.

t That’s the Joan Rivers legacy we all know, but the true legacy she leaves behind is indeed one of “gender specific egalitarianism,” despite the fact that some have carelessly speculated otherwise.

t Beyond her incendiary humor and her attention-getting celebrity takedowns, Joan, in her personal life, was a woman who cared deeply about the success of other women.

t One source close to Joan told me, “She respected women who worked hard and were focused like she was. People gave her a chance when she was starting out, so I think she liked paying it forward… especially if they were deserving of it.”

t And there seemed to be many women who were deserving. When I worked with Joan there was her assistant Jocelyn; another in Los Angeles, Sabrina; her publicist, Judy; and almost every doctor she had. Even her vet was a woman. She respected women immensely, and did everything she could to promote their advancement.

t “She saw a little bit of herself in all of us and wanted to help,” her longtime friend and colleague, Amy Rosenblum told me.

t Rosenblum was a young producer when she met the renowned comic who was working on her eponymous daytime talk show. “I sent my resume and she hired me an hour later. ‘I like you, Rosenberg,’ she said, even though my name is Rosenblum.” 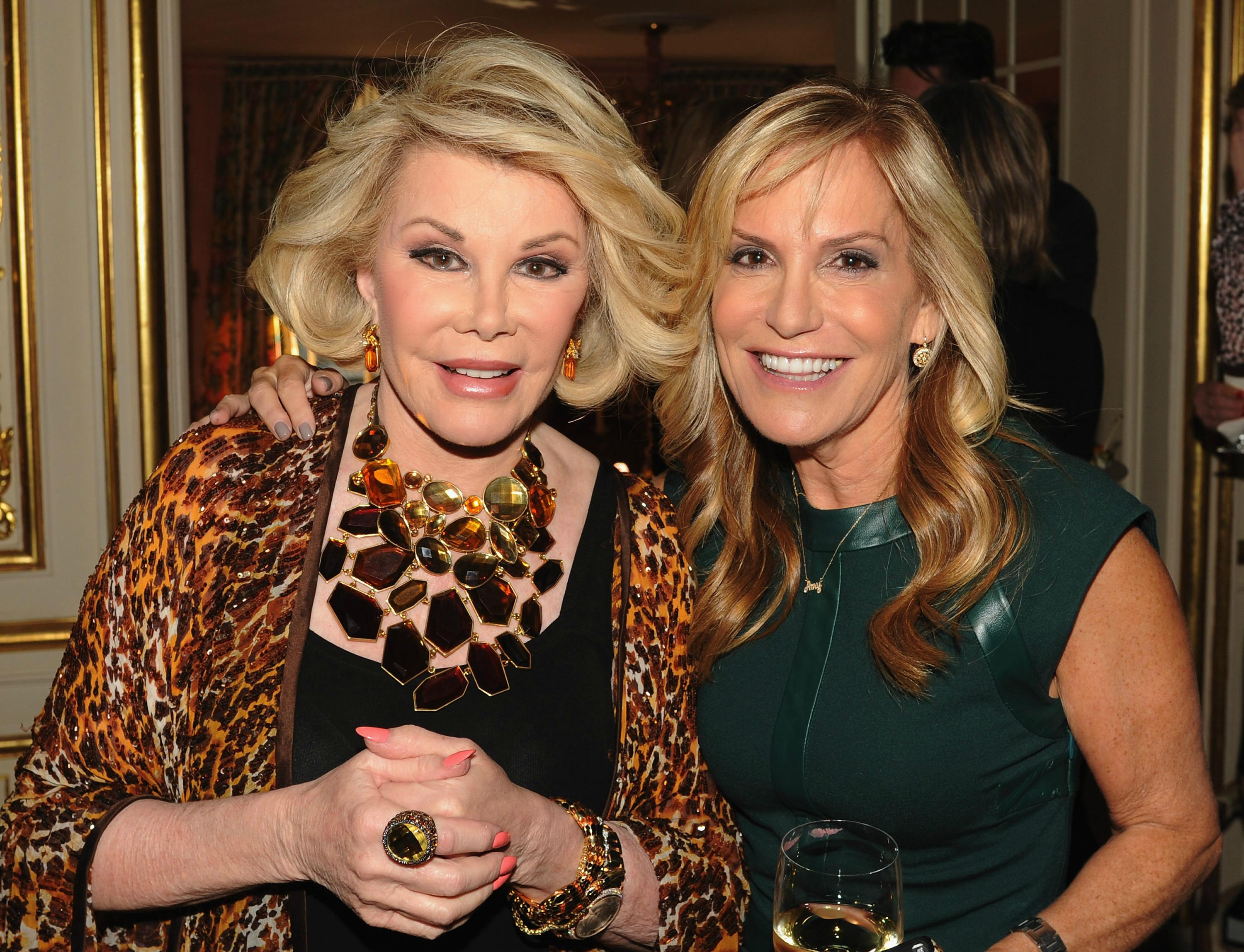 t Besides producing The Joan Rivers Show, Rosenblum produced The Sally Jessy Raphael Show, Maury, and was the senior producer for the 8 a.m. hour of The Today Show. But it was her relationship with Joan that fueled her.

t Joan, and her manager Dorothy, wanted Rosenblum to be the executive producer of The Joan Rivers Show despite the fact that she had no experience. “I was worried I couldn’t do it, but Joan said ‘You’re so smart, you can do it.’ She really believed in me, and that never stopped. She always empowered me, and made me have confidence in myself.”

t Time called Joan Rivers “a feminist icon” because of her immense drive and her actual success, but her true iconic act was subtler than that. It was her unwavering, genuine support of other women’s success.

t In 2008 Joan appeared as a guest on my syndicated radio show, The Cooper Lawrence Show, and the first question she asked when she arrived in the studio was “Are they paying you more?” I told her they were and she empathetically said, “Good. Good.” And she meant it.

t Joan’s mark on women in the entertainment industry, both talent and the production side, is indelible and everlasting. But her absence is deeply felt. Rosenblum succinctly captures the impact of her absence: “It’s very lonely without her because now I have to talk myself into things.”