Facebook-ing, Google-ing and Instagram-ing have morphed into verbs. Everyone is either trolling, posting or liking anything you can imagine—from Nicki Minaj’s bountiful lady lumps to your aunt’s killer biscuit recipe. Even your friends that are too cool for your mainstream social media like Facebook, Instagram and Twitter have strong opinions on the matter. And frankly, for the record, if no one ever uttered the word “selfie” again it would be a giant leap forward for all of mankind.

Are you burned out on it all yet?

Ello: For the privacy-loving Guy Fawkes in you

Ello is an invite-only ad-free platform that is proving to be a welcome alternative to Facebook. Co-founder of Ello, Paul Budnitz told Bloomberg News he created the platform because “none of the social networks are fun anymore.”

Now the service is racking up to 5,000 requests an hour and

“Every post you share, every friend you make and every link you follow is tracked, recorded and converted into data,” the Ello manifesto explains. “Advertisers buy your data so they can show you more ads. You are the product that’s bought and sold.”

Ello has also recently drawn in more LGBTQ community members after Facebook booted several drag queens from their platform for using their performance names instead of their government names.

It’s a powerful message presented in stark black and white as if it’s being whispered in your ear by a guy in one of those Anonymous Guy Fawkes masks. But the truth is, that’s how media has worked for decades. What do you think the value of Seinfeld was in the late 1980s? It was the viewers that were drawn to the show so that advertisers could sell them stuff.

FireChat: Because this revolution won’t be televised, it will be messaged in real time 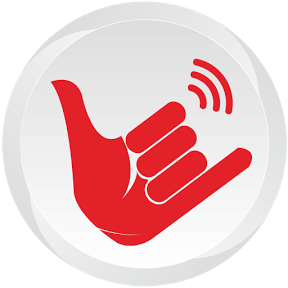 This cool new platform is gaining lots of attention because of the super anonymous nature of the service. Unlike Facebook messenger, or SnapChat or even WhatsApp, you don’t need an internet or even a mobile phone connection to send messages with FireChat. Instead of running through a server in a centralized data center somewhere, FireChat puts together a peer-to-peer “mesh” network over W-Fi that is much more difficult to trace. All you need to install and run FireChat is iOS.

Aside from the anonymous shenanigans one might envision teens engaging in over FireChat, the “off the grid” messaging app has proved a useful and powerful tool for protesters around the world.

Most recently, protesters in Hong Kong have been using the messaging app amid fears of network shutdowns by the government as a means to quell the protests. According to FireChat, more than 200,000 users in Hong Kong alone have signed up for the service over the past 48 hours.

The app was also used by protesters in Taiwan to communicate during their Sunflower Movement. Beijing is widely known to keep a tight grip on the internet in China.

The Netropolitan club bills itself as an exclusive “online country club for people with more money than time.” If you were able to read that slogan without throwing up in your mouth a little bit, then maybe Netropolitan is for you. Essentially, it’s Facebook for the upper crust.

If you want to meet new people who are exclusively in your socio-economic bracket and talk about … well … whatever it is rich people only think they can talk to other rich people about, then Netropolitan can hook you up with a profile in a pristine ad-free environment. Here’s what the people at Netropolitan think rich people want to talk about.

“You can create groups and have conversations about everything from fine wines to classic cars to vacation destinations to literature,” the Netropolitan site says.

So rich people just want to talk about are the most clichéd “rich people” topics? OK, fine. We’ll go with that.

Do you think it would be the social media equivalent of a conversation with Thurston Howell III from Gilligan’s Island, Ritchie Rich and Scott Disick? If so, then maybe it’s worth a look. There don’t seem to be any perks other than access to other rich people. So if you’re into that sort of thing … you’re probably insufferable.

For something a bit more meaningful, check out this raw video explaining the significance of unfettered communication during the Hong Kong protests, courtesy of FireChat.

This new gadget proves our obsession with selfies borders on madness