New York Fashion Week really had its show together. By including all groups of people, through the diversity of the fashion and the use of runway models with disabilities, it was an event that successfully responded to what our advancing society is asking for.

t “Something for everyone” was the tagline of the fashion designer whose show I “walked” in recently. It was the theme that was woven throughout the fabric of New York Fashion Week, September 2014. Such an all-inclusive tagline may cause one to think that it signaled a turning away from the traditional ultra-glamorousness and prestige of Fashion Week; however, this year, such outreach embellished the events even more, and raised the customary plateaus of chic to higher levels than we have ever seen.

t I use the term “walk” figuratively, because I use a wheelchair, and have since the age of 2. I attended several shows in the tents of Mercedes-Benz Fashion Week at Lincoln Center. I was the only spectator in a wheelchair. But dressed in Roberto Cavalli, Elizabeth and James and wearing Louboutin stilettos, I observed the showcased fashions like everyone else. I was swept into the ambiance and exhilarated by the styles. 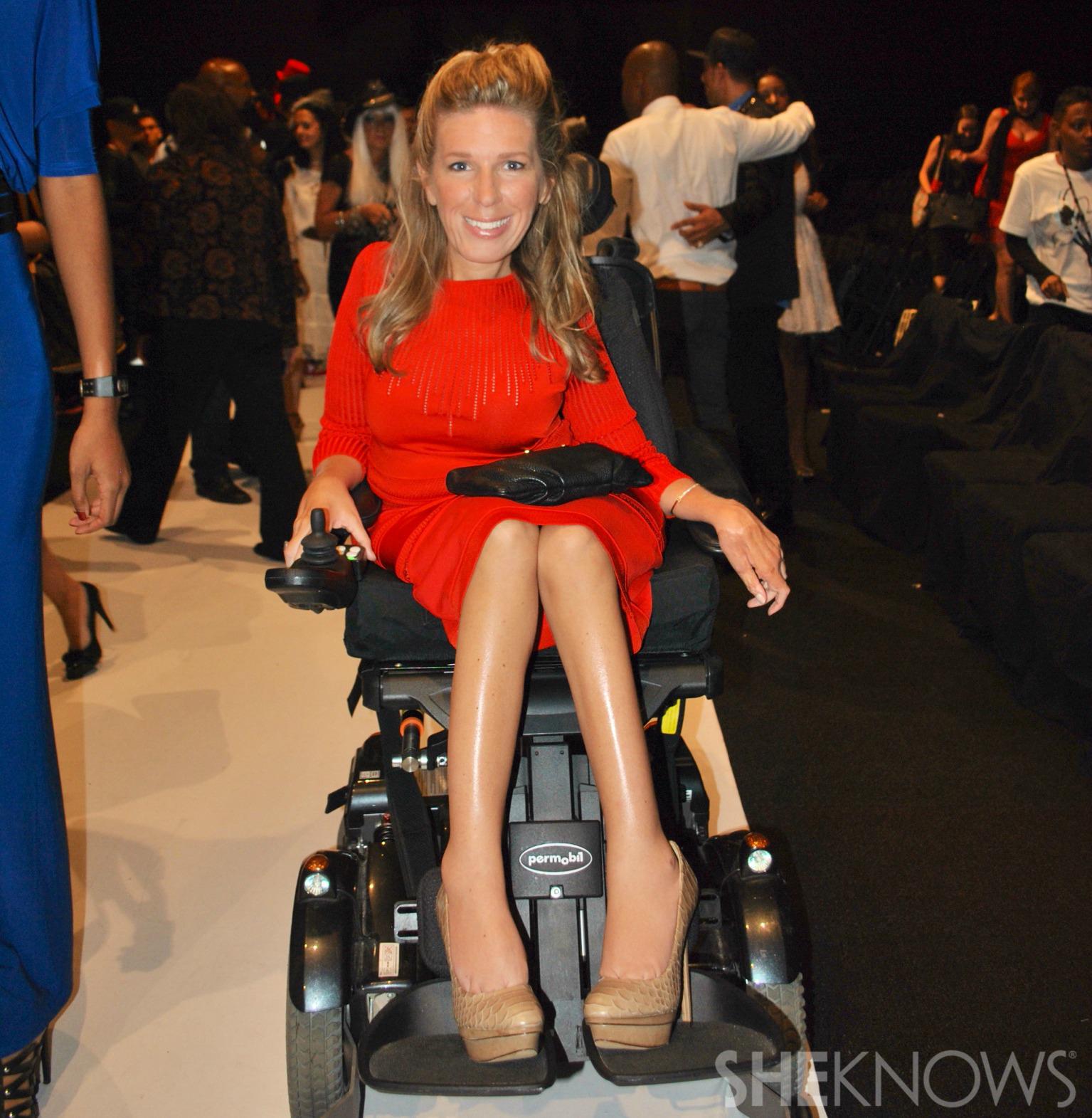 t As I watched I thought, “What would look good on my body?” “How could I make that concept work while accentuating my assets and playing down the parts of my body that I am not so fond of?” These thoughts echoed that of many others at the show, disabled or not. And these pertinent questions were answered for everyone by the various trends displayed by the designers. Charlotte Ronson showed her spring styles, from romantic to tomboy, with flat, casual sandals with Velcro straps. I thought of my many followers in wheelchairs on Twitter who have asked me for tips on how to wear shoes that are comfortable and stay on their feet while still being stylish. August Getty’s designs included drop-dead gorgeous gowns, offering any woman with a thirst for glamour and prestige the opportunity to find a flattering piece.

t Finally, runway hair was characterized by natural, undone styles, tousled side ponytails and not-so-perfect braids while nail art included reverse French manicures in unique colors, like soft lime greens. These hair and nail trends could be easily implemented on an everyday basis by anyone, again feeling chic and in style regardless of your abilities or any disabilities.

t The designers reiterated the concept of “something for everyone” in their choice of models that they sent striding down the runway. Among the attractive were Shaun Ross, a supermodel with albinism, who opened the show for the forward-thinking brand Control Sector, as well as Alex Minsky, an amputee model, who walked the runway for Mister Triple X. Including my appearance on the catwalk, I modeled for urban-look designer India Vasquez. This is the second New York Fashion Week that has featured a model in a wheelchair. In February 2014, I modeled for the designer Carrie Hammer. This was a runway “walk” that went around the world, as it was the first time in Fashion Week history that a designer used a model in a wheelchair. The story went viral and the course of fashion was changed.

t The crowd seated along the runway was a mix of celebs, press, dignitaries, fashionistas and others in the societal elite who could relate to these diverse styles and diverse models. You could hear in their enthusiasm and energy that we have evolved as a society. 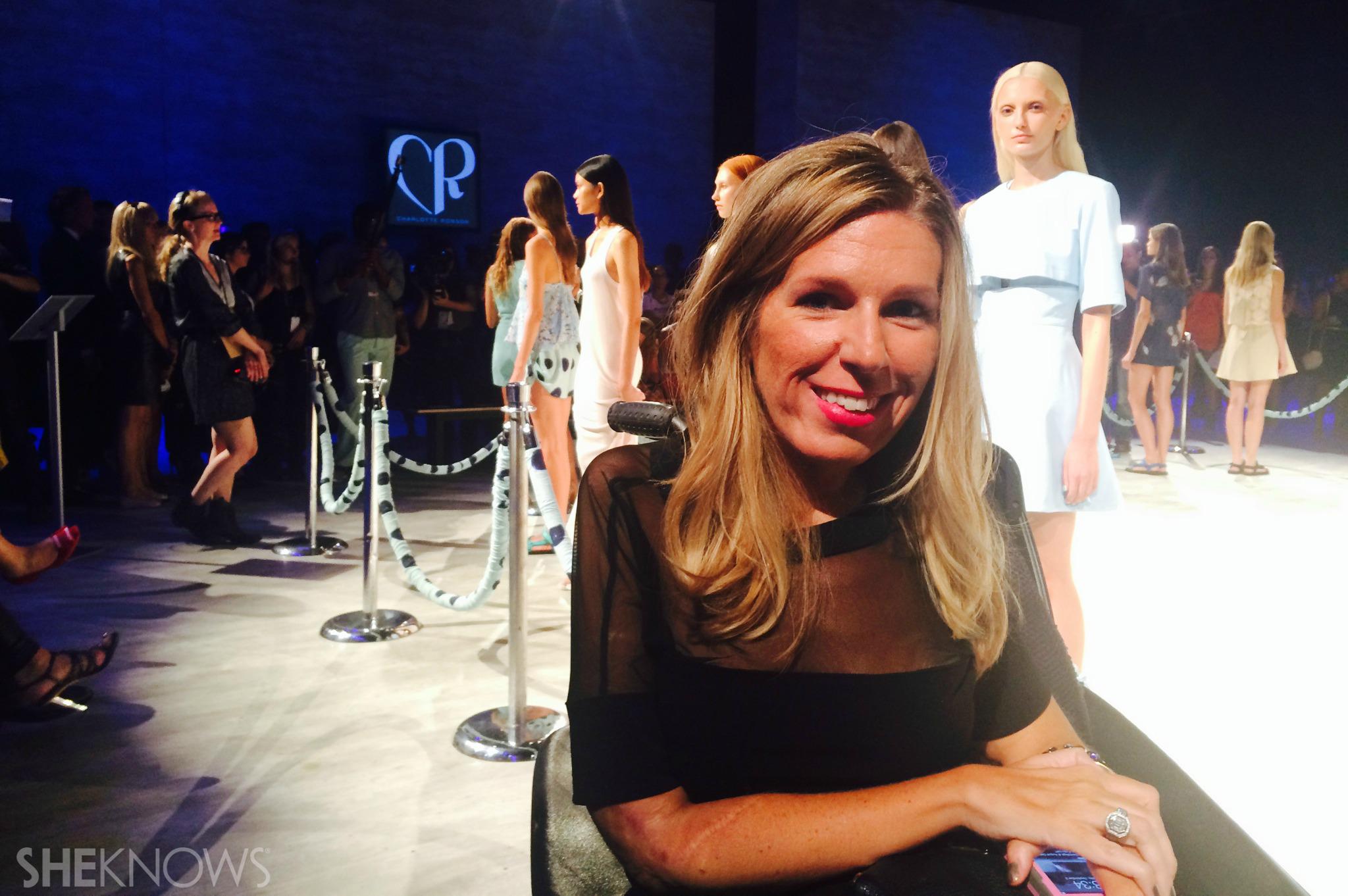 t New York Fashion Week was as glitzy and glam as always, but managed successfully to incorporate diversity in a seamless and integrated way. This is the key to sustaining the integrity of the event while allowing it to grow with a changing society. The attention remained on the clothes and spring styles, but there was a substance and depth to it. It seemed as though the runway lights were illuminating diversity and new options rather than insecurity and doubts. Gorgeous clothes and “the look of the moment” are for all groups of people. You can pull something to enhance any body and make yourself feel fabulous, which should boost the sense of anticipation for us all as we head toward the Spring of 2015 and the next New York Fashion Week.