Some people will do anything to make it in show business.

But in the case of Jasmine Tridevil, the girl with the likely fake third, middle boob, the most offensive media whore was the creepy local Tampa reporter who showed up on her doorstep in the dark and asked her to show her tits — all three of them.

Yes, Charlie Billi works for Tampa’s CBS affiliate as an investigative reporter, so in an effort to get to the bottom of this hard-hitting news story he went to the obviously confused girl’s house and stood on her doorstep after he agreed he would only ask about her self-produced reality series focused on her latest boob addition.

After asking to see her three ladies, like a good girl following instructions she complied and carefully lifted her black T-shirt to show her middle boob. It’s pretty clearly fake. Instead of revealing a human oddity, Tridevil shows that she’s just another little girl willing to do anything to feel special, an all-too-common condition among young girls with dreams of Kardashian-esque stardom.

But Billi’s well-honed professional news instincts couldn’t be thrown off an expose of this magnitude just because the interviewee is obviously unstable and playing a stupid prank. He wanted a scoop. Even if that scoop is a panty hose leg stuffed with socks. 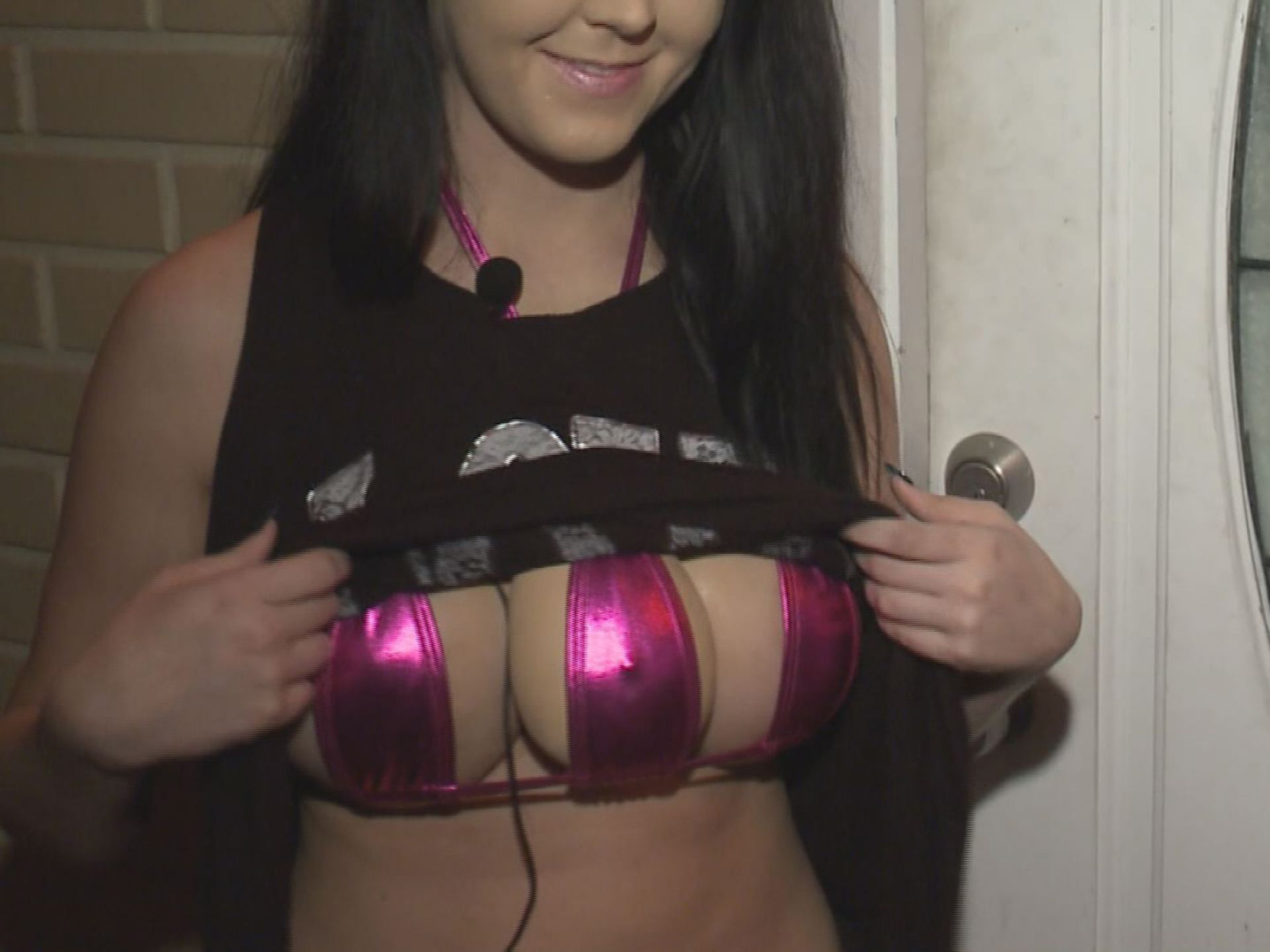 “Hold it (her shirt) up a little longer so we can get a better shot of it,” Billi said to her.

Tridevil declined saying she wasn’t comfortable showing too much prior to the release of her reality show which, according to her, will feature her walking out on the beach in her shiny pink teeny bikini top retrofitted for the third breast.

Now it’s easy to point out that Tridevil has courted this exact kind of attention and should be prepared to back up her claims of boob abundance, but professional journalists should be above trying to coerce a messed-up girl to lift up her shirt for the cameras. Is this the local nightly news or Girls Gone Wild?

If you need more evidence that Tridevil is full of it, the web page for her massage business boasts “Provider of internet hoaxes since 2014” and “Specialist in massage for three breasted woman (sic).”

And Snopes has done a proper takedown of her claim of spending $20,000 in plastic surgery to add the new boob to her blouse.

But Billi is the one who sticks out in this story as the worst by far. His bio says he attended the University of South Florida. He might want to go back for a journalism refresher because interviewing a young girl and asking her to show her private parts, no matter how fake, is about as unethical as it gets.

Is the 3-boobed woman faking it?
What is it about football that makes people want to punch others in the face?
There’s a huge virtual drug market on the same app you use to post selfies