About a year and a half ago, Henry, a black Lab, was running with a rough crowd. No one could imagine what would happen next, least of all, Henry. 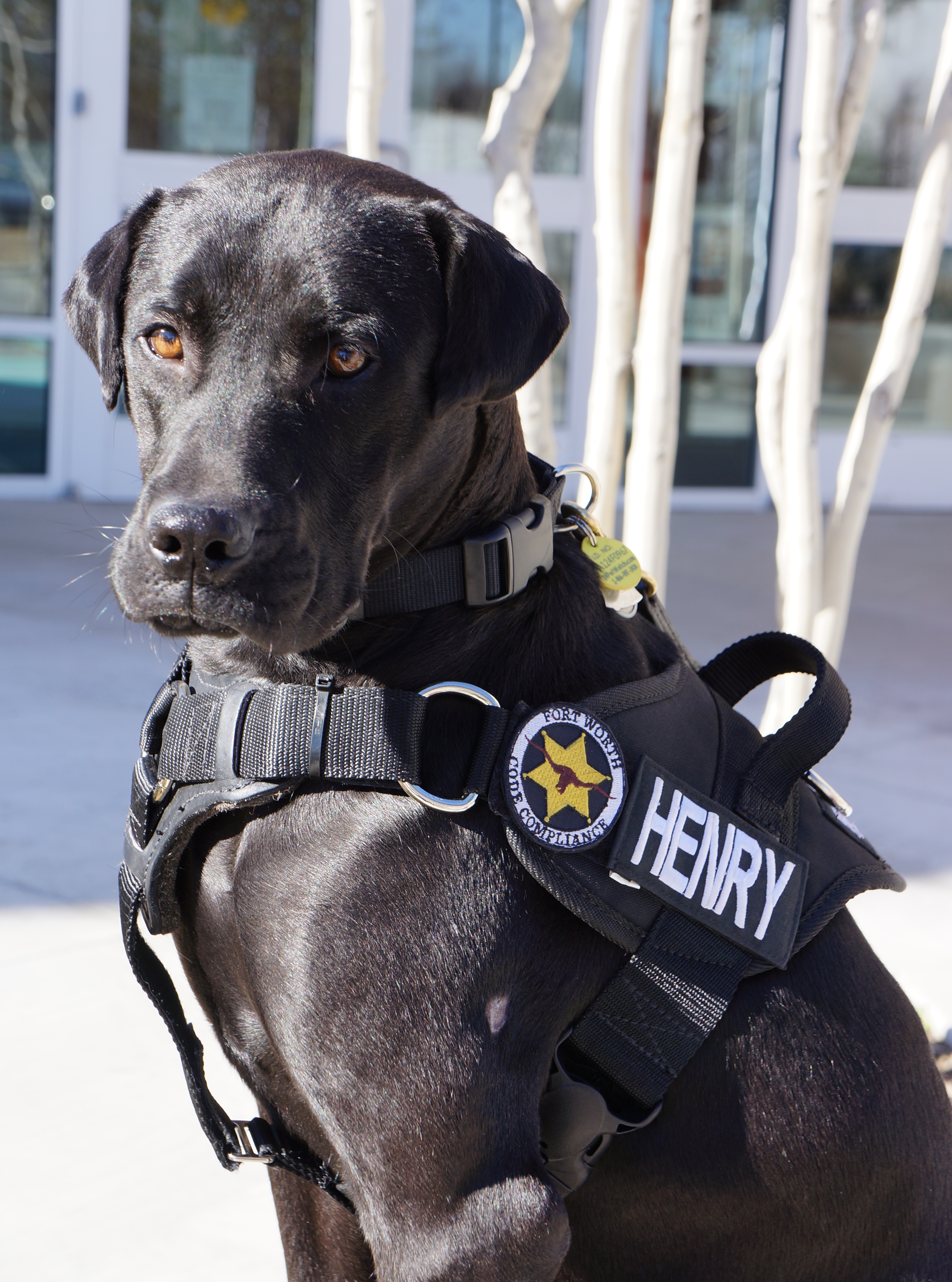 Henry was the weakest of the dogs he was running with. So much so, that after several weeks of chasing this rag-tag pack of strays, animal control officers managed to catch him because he just gave up.

He was sickeningly skinny and had ringworm and pneumonia. Unsurprisingly, after 72 hours, no owner had come to claim him, as is so often the case in shelters.

Things weren’t looking so good for poor Henry. You see, while Fort Worth Animal Control has made great strides in reducing the number of animals euthanized, the one thing it can’t do is keep a dog that ill in the shelter long-term. 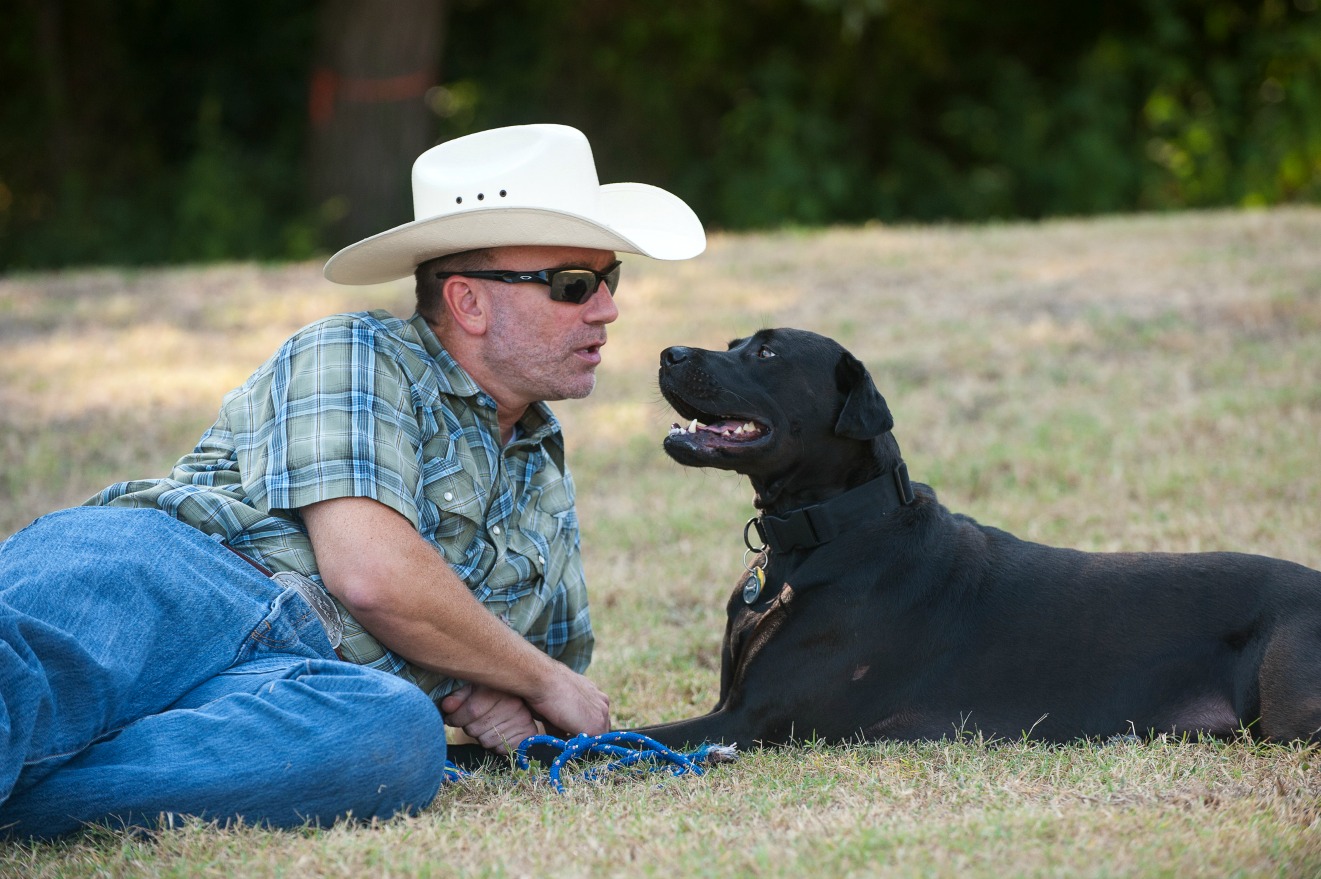 Fort Worth’s Code Compliance Director Brandon Bennett (who because of the recession now oversees the municipal animal shelters) happened to be at the shelter looking for a working dog to act as a tracker. He wanted a dog that was generally a higher risk for not being rescued to train so he could prove it wasn’t just purebreds that should get all the love.

While looking at a different dog, Bennett noticed Henry, who was still in pretty bad shape, but there was just something about him. And being a black dog (which are traditionally hard to place), he fit the bill despite not being a mutt. He debated with others about whether or not he was really a good candidate. 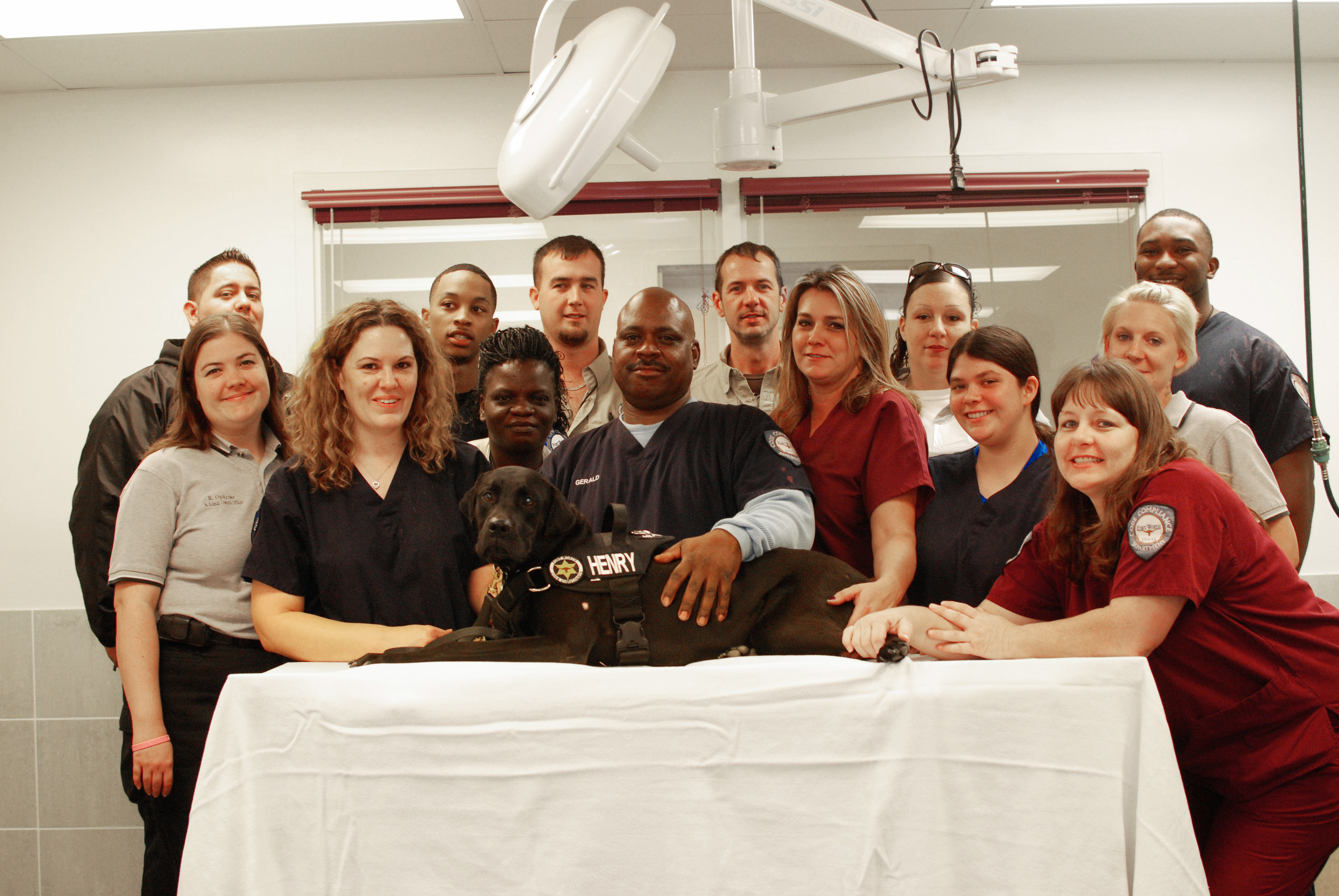 There was even some question whether Henry would make it through the night. “It’s one of those things when you look back on it, your emotions are running wild,” Bennett says. “Sort of our response was ‘This dog’s name is Henry, and we’re going to save him,'” he continued. Henry made it through the night.

Problem: A dog as sick as Henry can’t be kept in a facility around healthy dogs, nor could they pay for around-the-clock care during the height of the Great Recession. But they found a solution in the law. Because of how Bennett’s job is classified, he isn’t due overtime pay if he takes the animal home personally. And since he had no dogs at the time, there was no danger in him caring for Henry. 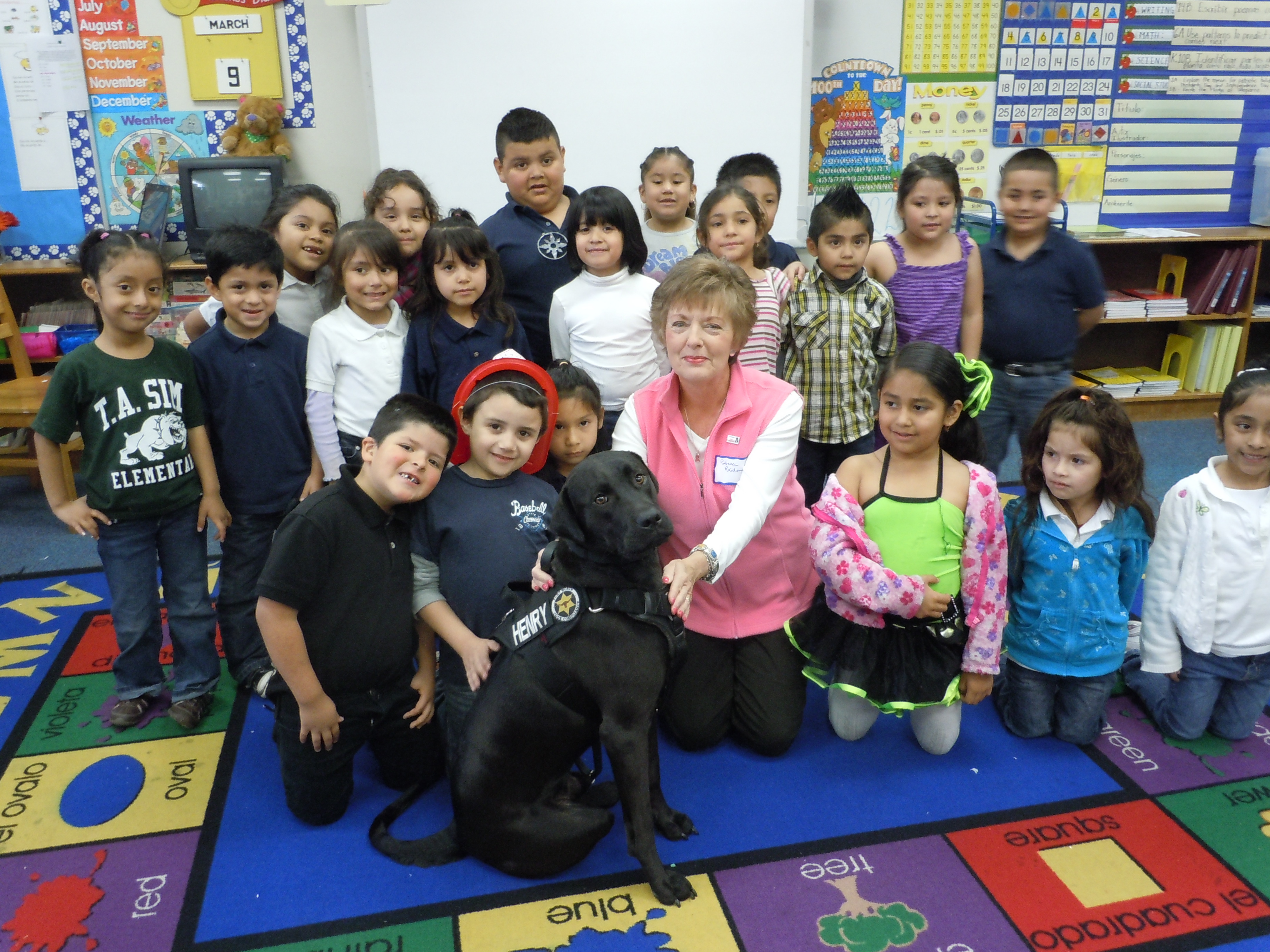 As Henry recovered, they realized that he had one very special trait: He could take a lot of teasing. He didn’t get angry when you pulled his tail or yanked his ears. To acclimate him to being a working dog, they let Henry go out with the mayor to different elementary schools. Bennett says it was a smashing success. Not only did the kids love it, so did Henry.

That’s when they had the magic idea. They made Henry the official canine face of the Fort Worth municipal animal shelters. As ambassador, Henry has attended a multitude of events to raise awareness for the plight of stray animals. He appears at local elementary schools where he and a control officer teach kids to be responsible pet owners. He’s attended TCU volunteer fairs, city council meetings, community fundraising events and even made appearances at Habitat for Humanity events.

Because of Henry’s warm personality and determination to survive, he’s won the heart of the people who work in Fort Worth’s animal services. Fort Worth Public Information Officer Diane Covey says, “I think he knows he got a second chance. When you look into his face, his eyes, you know there’s something special there.” 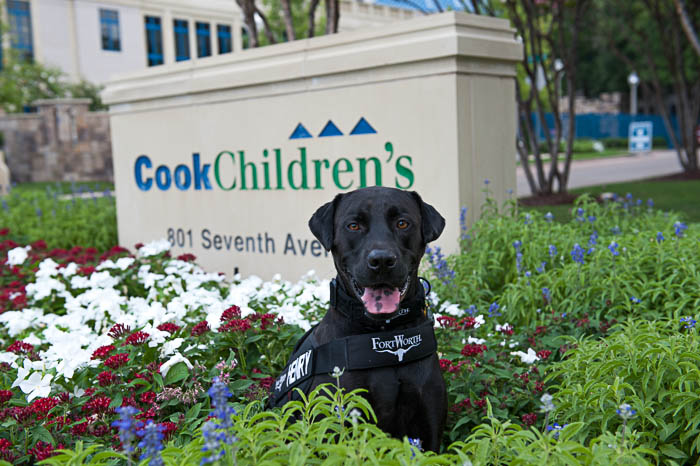 Henry, who still lives with Bennett, has worked hard along with the people at the Community Foundation of North Texas to raise awareness. As of this writing, Henry and crew had raised a whopping $1.2 million, which the city is putting toward a brand new medical treatment ward at the Chuck Silcox Animal Shelter (which opened on Oct. 8, 2014), which will ease the burden on the local rescue organizations that have been scrambling to help the city achieve its goal of only euthanizing animals when absolutely necessary.

What does Henry have to say about all this? “Pretty please with a dog treat on top follow me on Facebook to re-post the great things my human friends and I have been doing,” he starts, “and whenever you have the chance, donate to your local animal shelters or Humane Society.”

OK, I made that up. But I’d bet if he could talk, that’s what Henry would say.

Here kitty, kitty: Should you tame a feral cat?
This remarkable machine recycles plastic to save stray dogs
7 Adorable recuse dogs that are loving life