You can thank the literary gods because Lena Dunham finally wrote her very own book. In celebration of Not That Kind of Girl‘s release this week, we’re paying homage to Lena’s unique sense of style, fashion risks and her role as a body image champion. 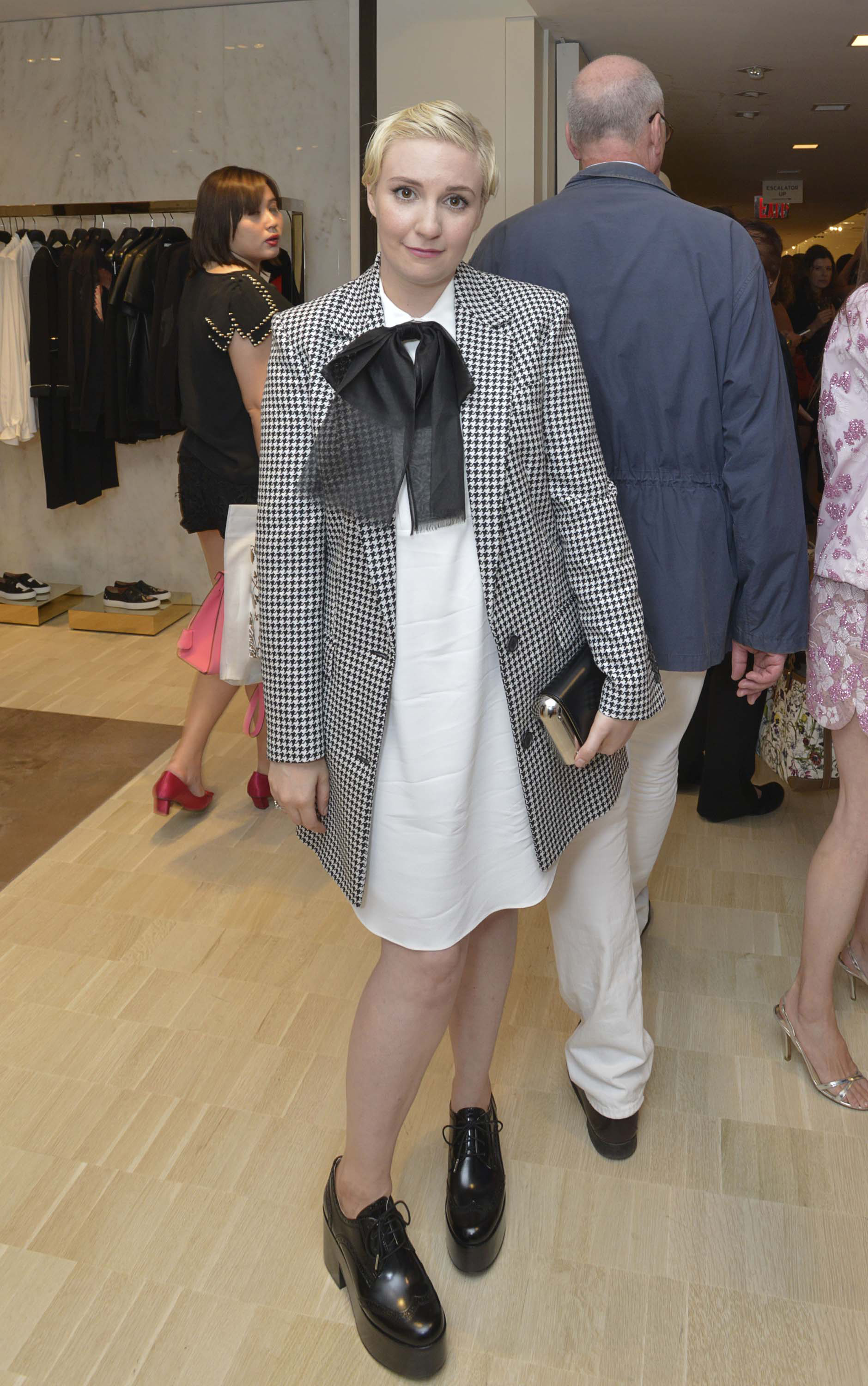 Lena’s always one step ahead of the curve when it comes to the hottest style trends, so it’s no surprise she’s already rocking fall’s hot menswear trend. Her houndstooth coat and platform brogues help tone down her feminine bow shift dress in the best of ways. 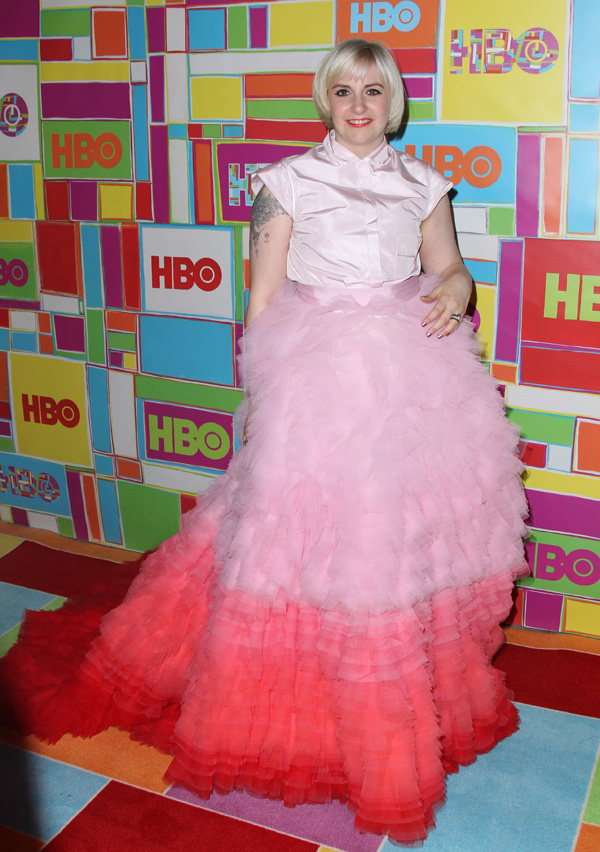 A lot of people couldn’t figure out why Lena wore this fluffy, colorful pink dress to this year’s Emmys, but we know why: she loved it. And isn’t fashion as simple as that? Wear what makes you happy. 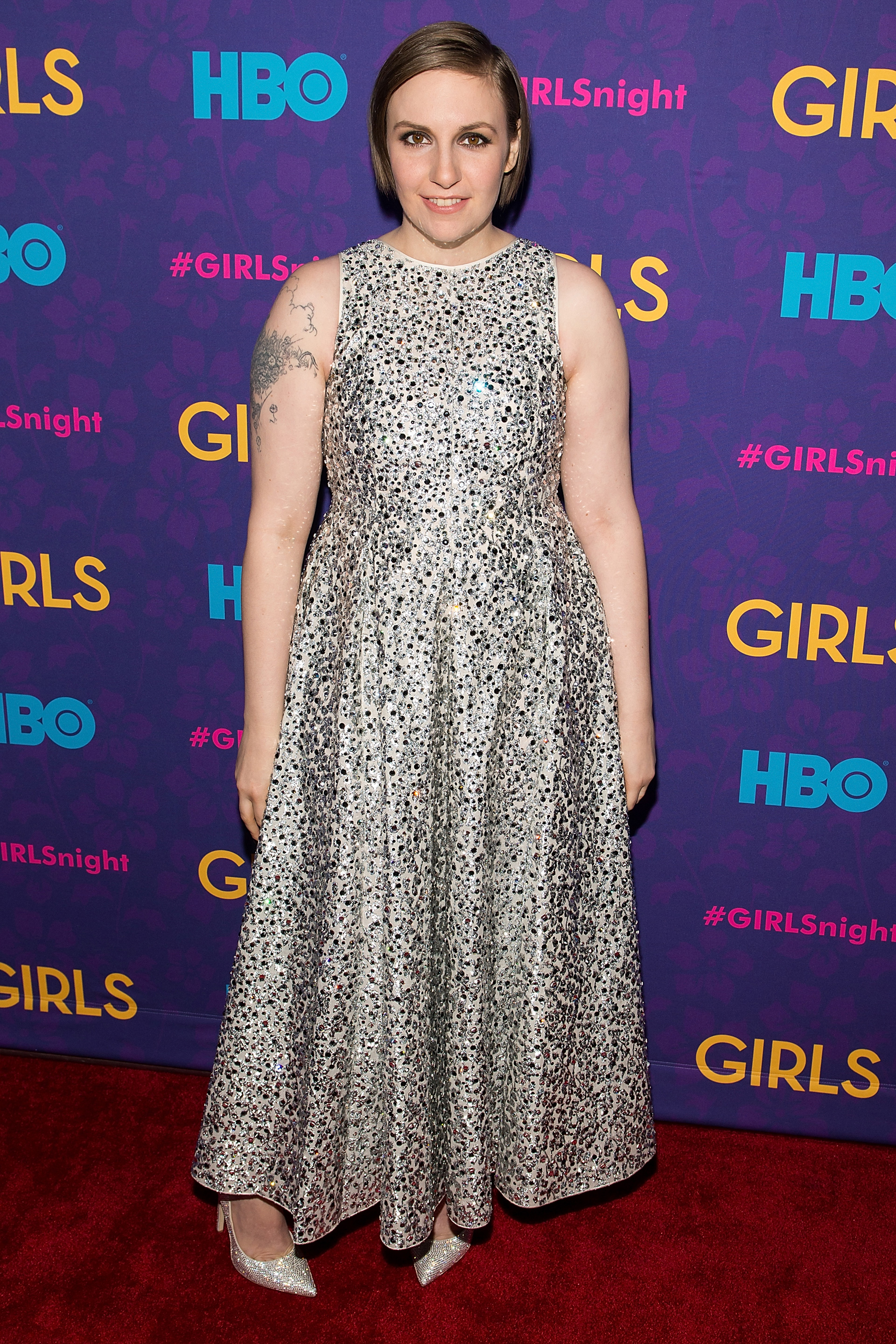 The actress’ bubbly personality always shines through when you watch her in interviews, but Lena literally sparkled when she hit the Girls Season 3 premiere in an embellished sleeveless gown that glided beautifully over her curves. 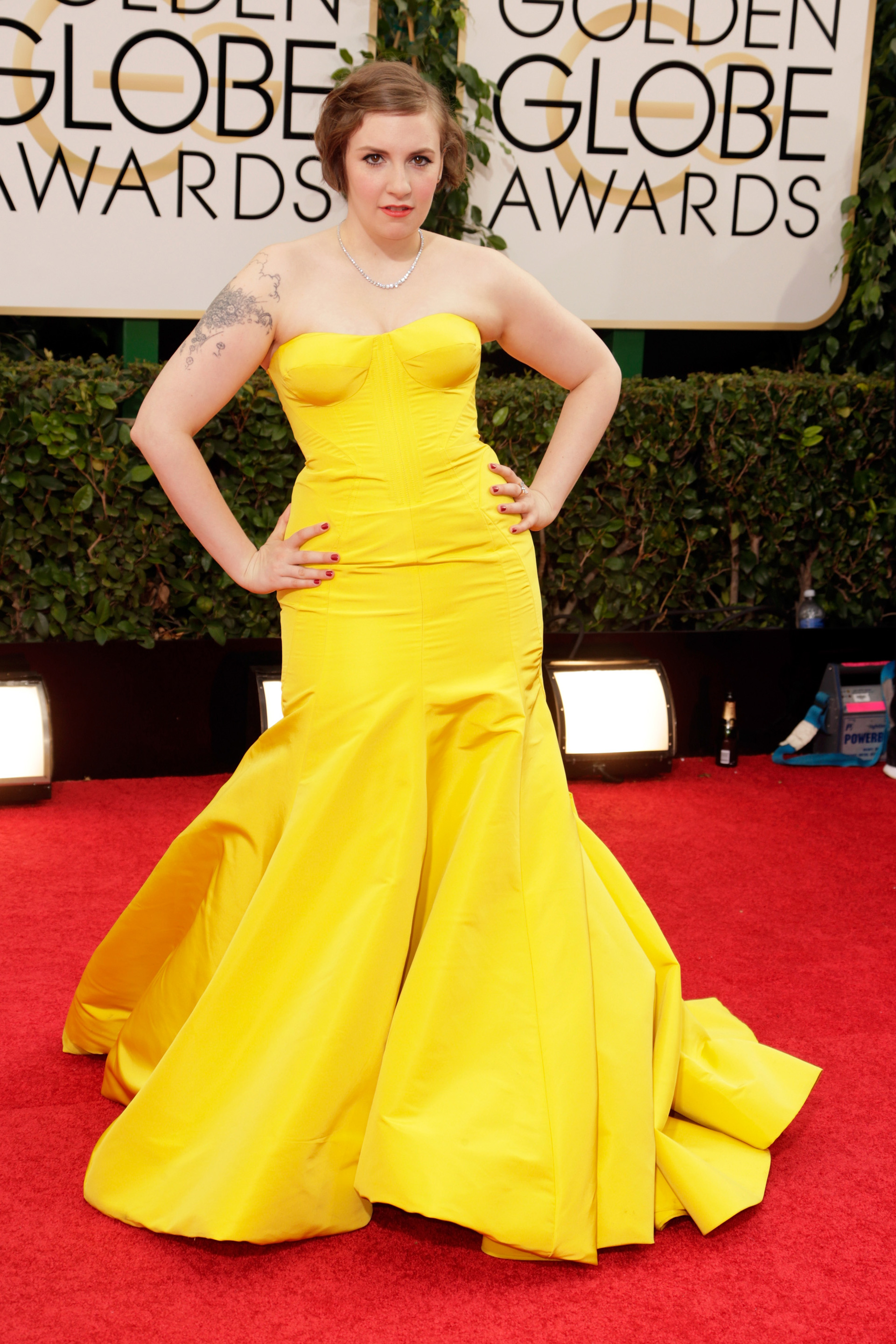 For this year’s Golden Globes, Lena went for a super sunny look in a strapless yellow gown featuring a sweetheart neckline and a stunning full-skirted train. Like she often does, she showed off her shoulder tattoos in a classy, cool way. 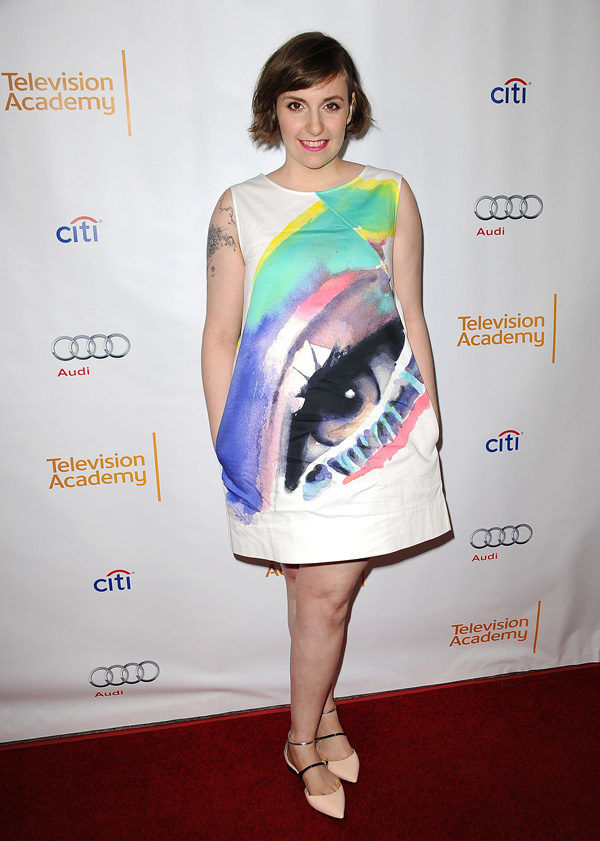 All eyes were on Lena (literally) when she stepped out in this daring shift dress. The eye print and bold colors all combined to make one huge fashion statement. 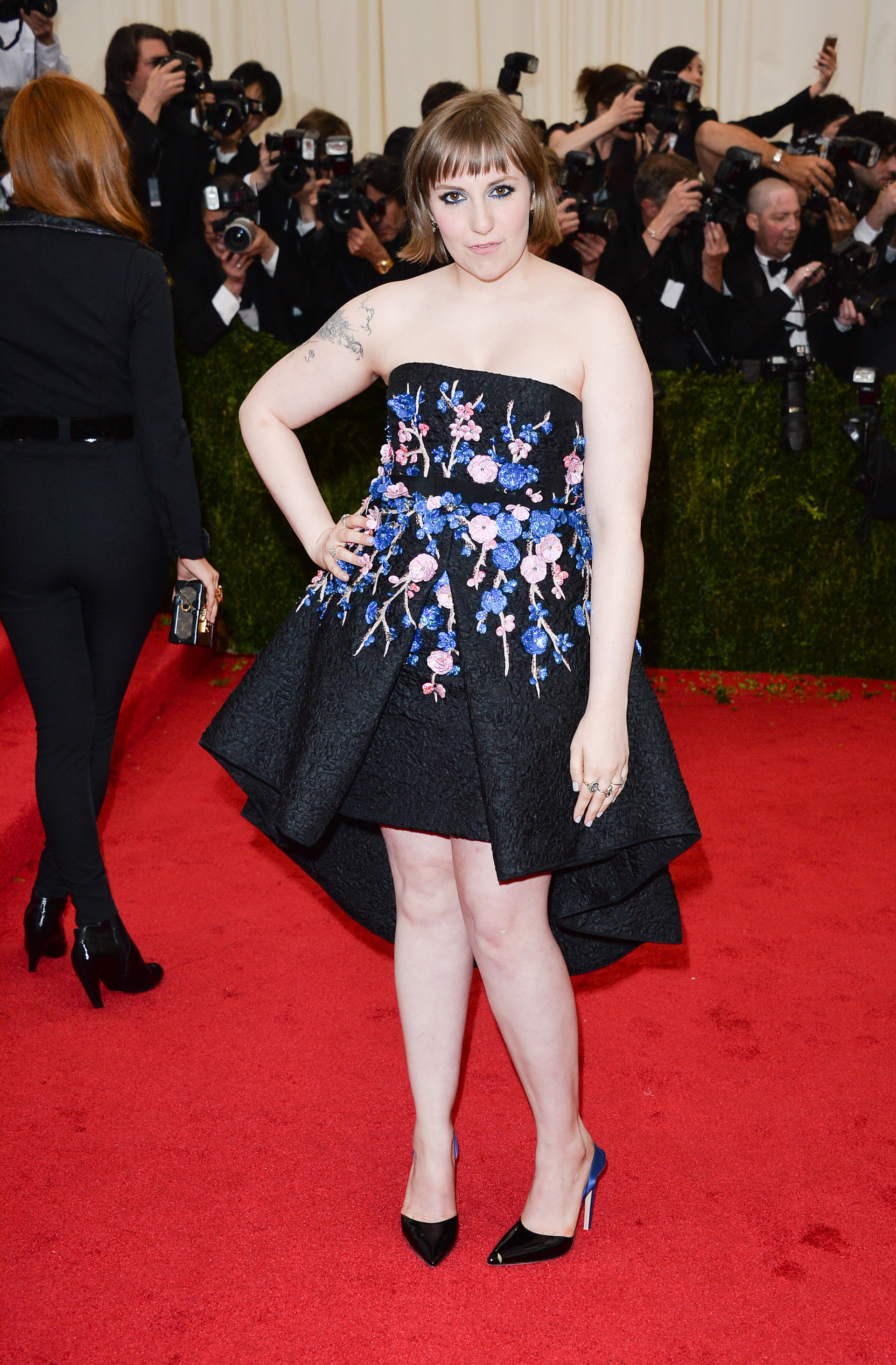 Occasionally, Lena has fun with themed fashion, like she did here at this year’s Met Gala in New York City. She hit this year’s theme pretty well, opting for a pleated, embellished LBD that showed off her gams. 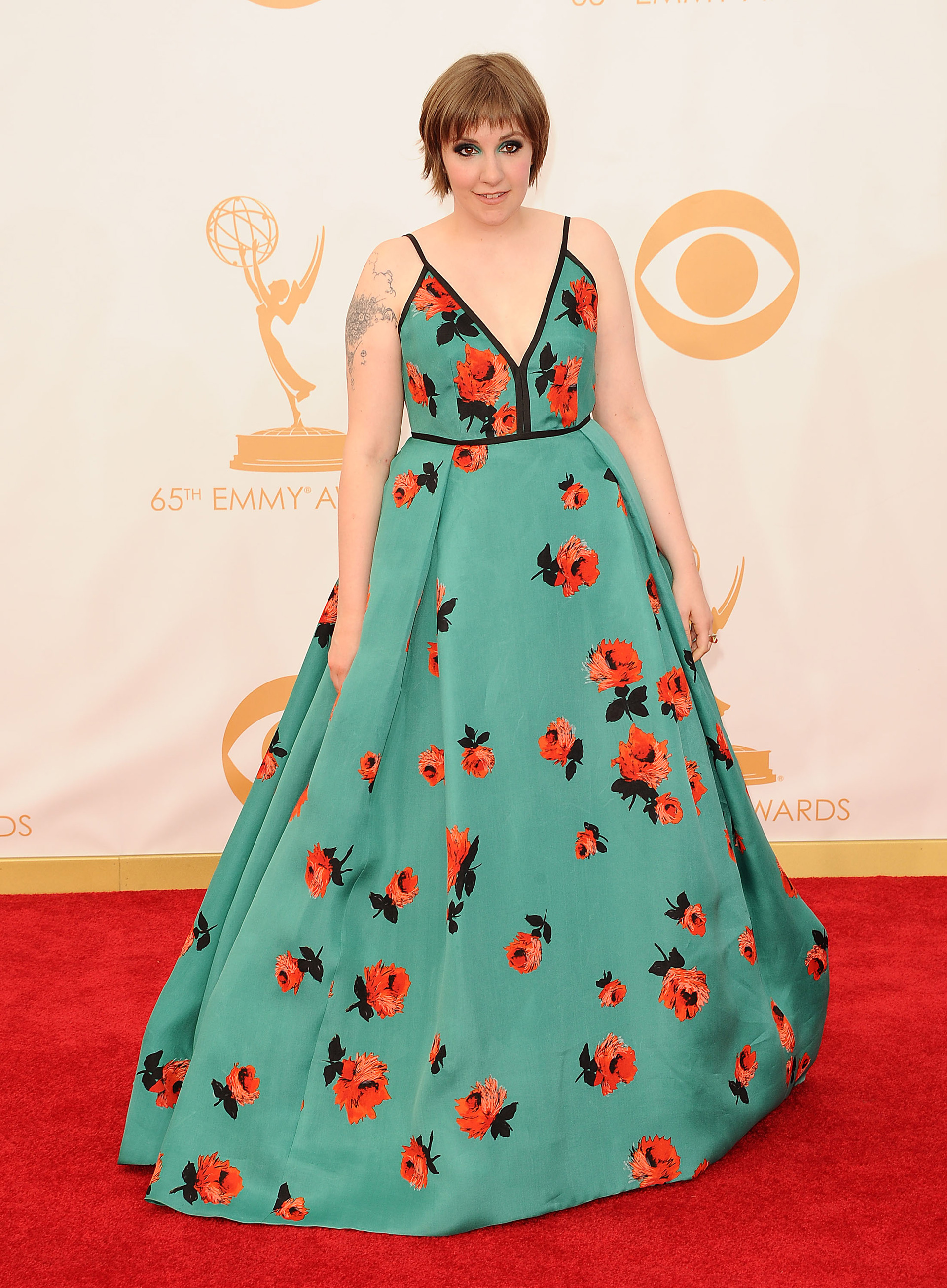 The fashion risk taker was quite the conversation starter at last year’s Emmys in a v-neck floral print gown that most certainly stood out from the mostly monochromatic style crowd. 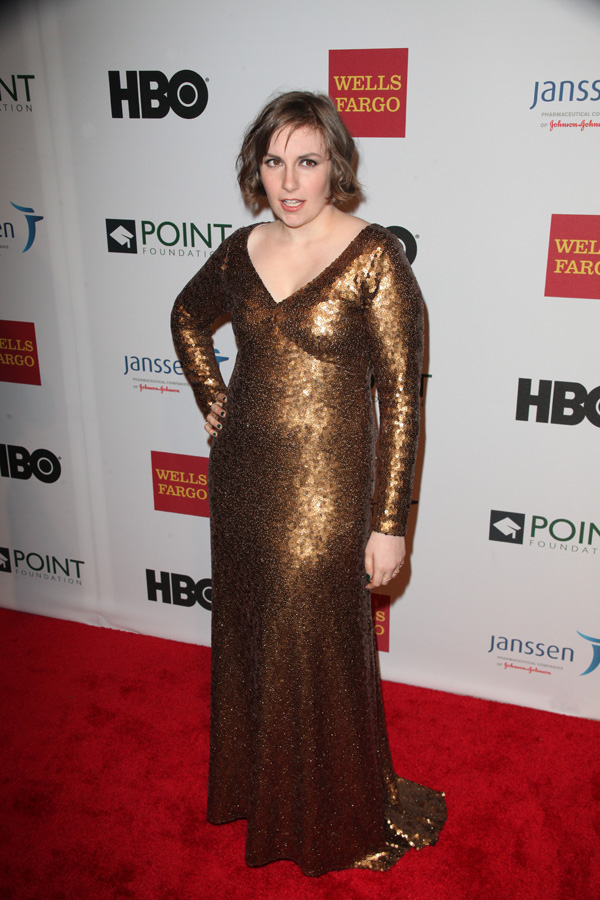 Whether she’s rocking long-sleeve dresses or strapless styles, Lena always opts for cool colors that challenge the style status quo. Here, she got our attention in a bronze metallic embellished v-neck gown that showed off her beautiful curves. 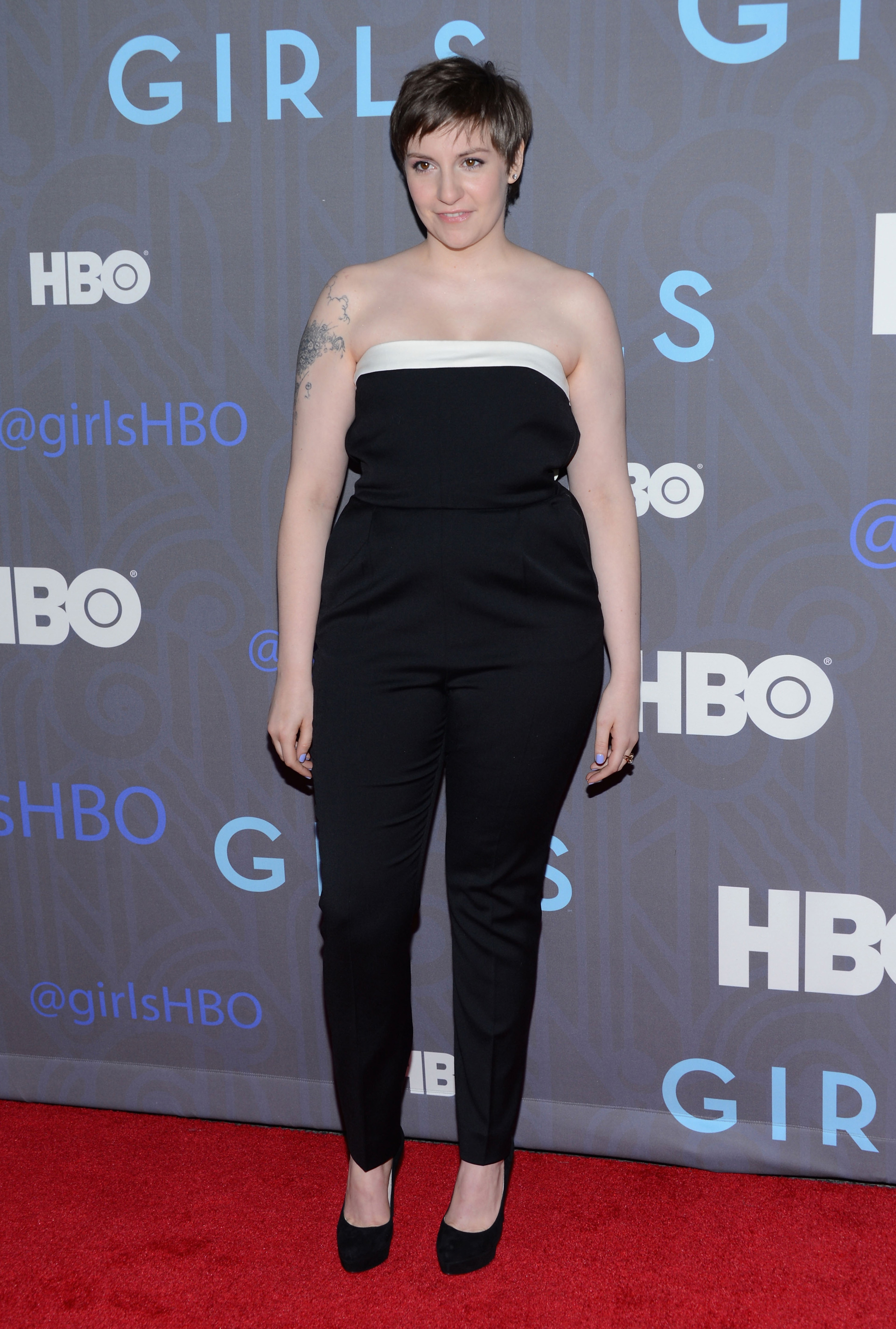 Long before jumpsuits were cool, Lena stepped out on the red carpet rocking a black strapless version with a subtle white neckline. She paired the figure-flattering design with simple black pumps, clean makeup and minimal accessories. 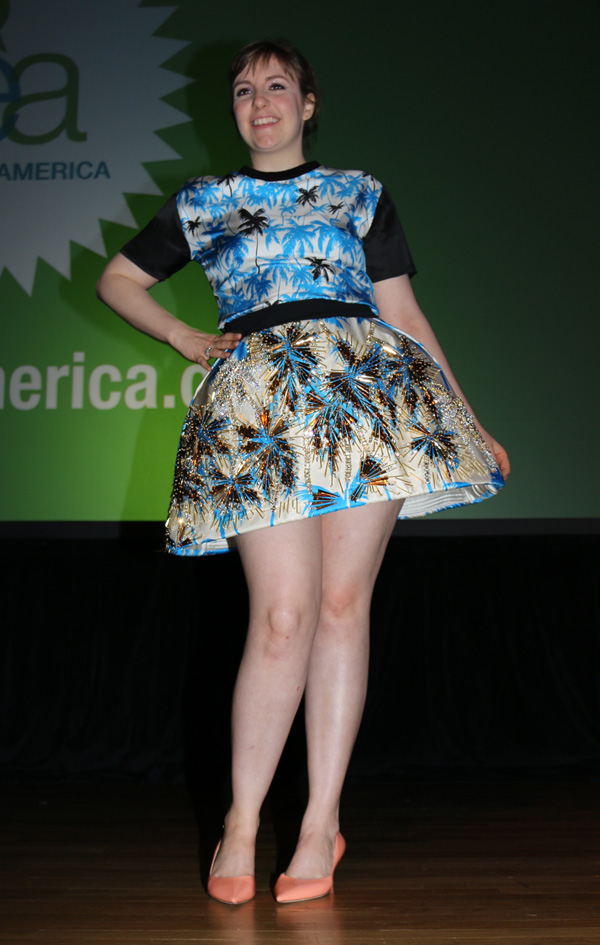 A lot of ladies would be worried that a palm tree print would err too much on the Hawaiian shirt spectrum of fashion, but Lena wears whatever makes her smile. And she sure does have a beautiful smile, so we’re happy to see whatever this lady wears.