Teresa Giudice is going from real housewife of New Jersey to real inmate of federal prison. As she prepares to trade in her Gucci threads for a striped pair of cotton jail pants, she and husband Joe have opted to sell their ornate home for a whopping $3.99 million. 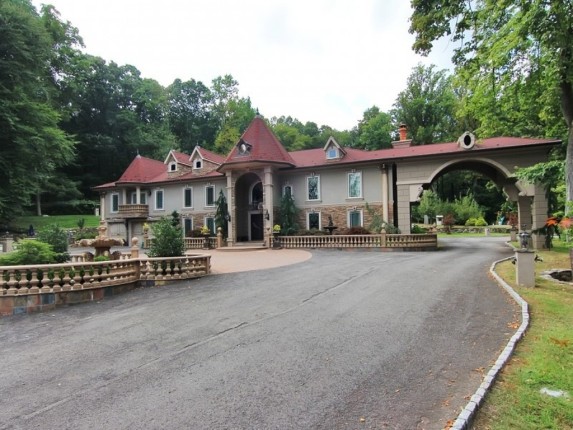 Teresa Giudice and her husband recently made a deal with the feds after pleading guilty to a money and fraud scheme. Up for sentencing on Oct. 2, the couple has listed their Towaco mansion, seen on their reality claim to fame, the Real Housewives of New Jersey. Luxurious and decorated in the same over-the-top fashion as we’ve become accustomed to on the show, this is one ridiculously fabulous home. 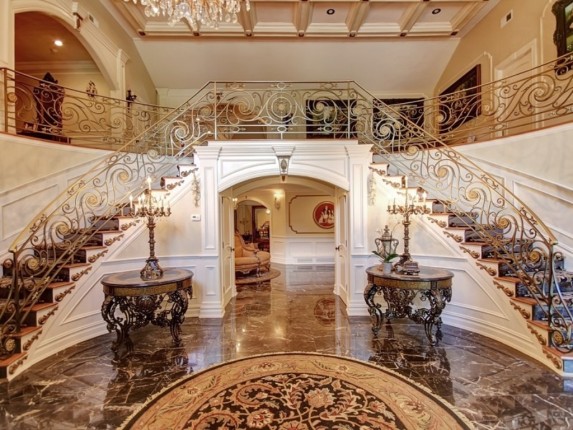 Once you’ve passed through the iron gates and entered the 3.77-acre lot, you’ll see a home made of fairy tales. Just as beautiful on the outside as in, the home opens up to a two-story entrance equipped with double Cinderella staircases (told you it was made of fairy tales). With imported marble floors and a chandelier in nearly every single room, there’s no doubt Teresa’s style was “go big or go home.” Literally. 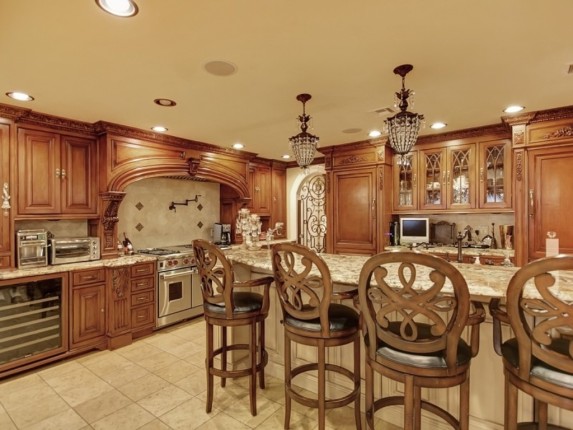 If you’re a Real Housewives fan, then there’s no doubt you’ve seen this kitchen before. A place where multiple fights and plenty of drama were laid down, the Giudice mansion’s kitchen has plenty of space for cooking, eating and entertaining. Marble counters, butler’s pantry, custom cabinetry, beautiful hardware and one heck of a farmhouse sink show off exactly why this home comes with such a hefty price tag. 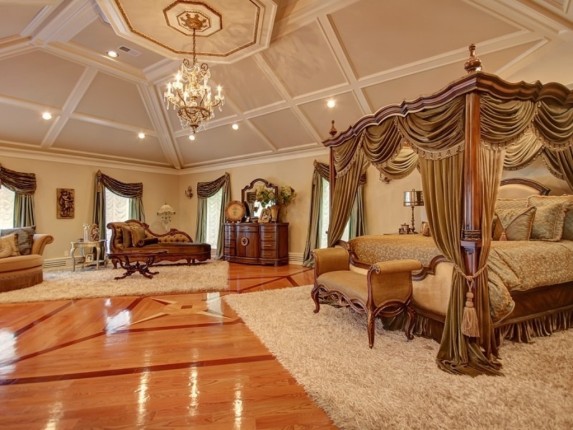 The master bedroom is about the size of the average American home. With a balcony, three walk-in closets (three!), fireplace and master bath worthy of a resort, it’s hard to wonder how Teresa is going to get used to her new digs after becoming accustomed to a life of luxury. 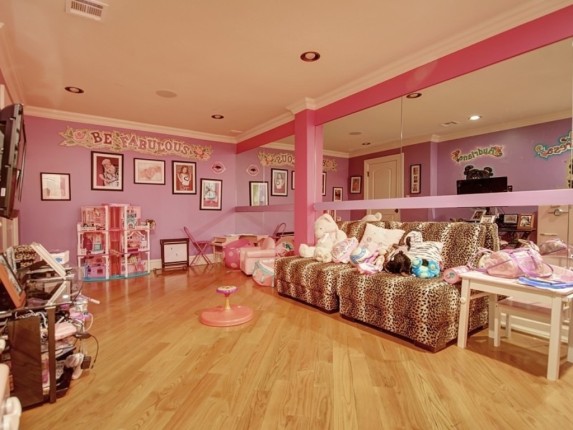 Perhaps the saddest tale of the home listing comes from the charming little ladies’ room. In this room, painted in pink and purple, the four Giudice girls — Gia, Milania, Audriana and Gabriella — enjoyed TV time on a trendy cheetah-print couch. The space is big enough for the entire brood, and the ladies are sure to miss their childhood home of dreams.