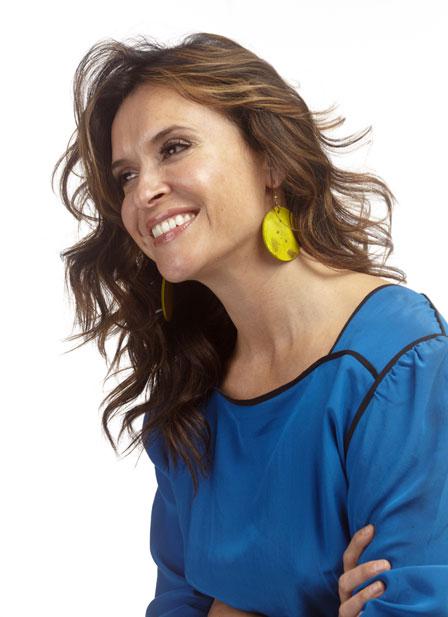 For the last few years I’ve lived in Battery Park City in Manhattan, which is across the street from the World Trade Center. Our living room window looked right at the new tower, as well as the Hudson River.

t It was an impressive view, visiting friends have told me. I myself didn’t share the same enthusiasm. Like most New Yorkers who were in the city during 9/11, the WTC is still a sore spot. Living next to constant construction was beyond annoying, as were the throngs of tourists taking selfies at the new memorial. The whole sight always struck me as really macabre; why would people want to visit a graveyard?

t Finding out we were pregnant with our second child, my husband and I decided to leave Manhattan, and so we bought a house in a little village (population 6,000) called Cold Spring, a little more than an hour north of the city. I was both elated, and terrified.

t Preparing for the move, we did a lot of farewells, saying adios to my daughter’s teachers and classmates at her daycare; to neighbors who had become great friends; and even our trusty doormen.

t And on the eve of our departure, I even said goodbye to the World Trade Center.

t I was running some last-minute errands and ended up right in the middle of the Memorial site. I usually rush right through it to avoid the crowds, but enjoying the at-dusk breeze and relative calm, I wandered in, and was surprised to find it’s really very beautiful.

t They’ve turned the two areas where the towers stood into reflective pools with waterfalls. It’s super peaceful and calming. Etched around the pools in black granite are the names of the people who died on September 11; I ran my fingers over the grooves of the letters that spelled Ervin David W. Bernard and Felicia Gail Dunn Jones. Listening to the cascading water, I wondered who these people were. Moms, siblings, someone’s colleagues, someone else’s best friends. I soon came to a section of passengers of Flight 93, which I couldn’t place until I saw the name of Todd Beamer. Then I remembered this was the “hero” plane where the passengers stormed the cockpit and took the plane down, averting a crash into the White House. Seeing Todd’s and his fellow passengers’ names unexpectedly made my eyes water. Their story had been played out a lot in the media, and I felt like I knew them. I always loved his famous last words, “Lets roll.”

t Back in 2001, when the planes hit the World Trade Center I was still in my 20s. I was new to the Big Apple and ripe with hope that I would “make it” in the city that never sleeps. At the time, I was living with someone I thought I’d marry, and working in an industry (magazine publishing) that was flourishing. I was on top of the world, as high (and seemingly as formidable) as the Twin Towers themselves.

t After the chaos and tragedy of 9/11, it was almost as if a dam had broken, and a flood of brutal realities set in: my longtime boyfriend and I broke up, and I lost my A-list job at a magazine, my beloved grandparents died, all in succession. For the next 10 years I would experience a series of great achievements and profound losses: books published, friends lost, an Emmy nomination, unemployment, and eventual marriage and baby. I grew up within the specter of the WTC, both of us slowly being rebuilt.

t Denial is always the first stage of grief, and I think I had avoided visiting the site (even though I lived across the street for years) because to me it was just too painful.

t But as I looked out over the site and the groves of trees, and the single imposing tower rising into the sky, I felt the truth in my bones: you should #neverforget (even when it’s so sad you can’t bear it) because it’s pain that illuminates beauty. And you can’t not move forward because you’re afraid of the past. Fear should ignite your courage, not hold you back.

t As I walked home away from that memorial to the power of hope over hate, and towards my new (and unknown) future my heart felt light, and even excited. I exhaled and said to myself, “Let’s roll.”