The Apple rumor mill has been back in full swing. Which of your favorite rumors are now bona fide facts?

I’ve been paying careful attention to every detail of the rumors surrounding the September 2014 Apple event, and I made a few predictions of my own about the iPhone 6, but they can’t all be legit facts, so I’m following the Apple coverage with an eagle eye today to give you the scoop-in-brief on what’s really happening (and show you why you should always take what the analysts predict with a grain of salt).

Rumor No. 1: iPhone 6 — Bigger, better and badder than ever 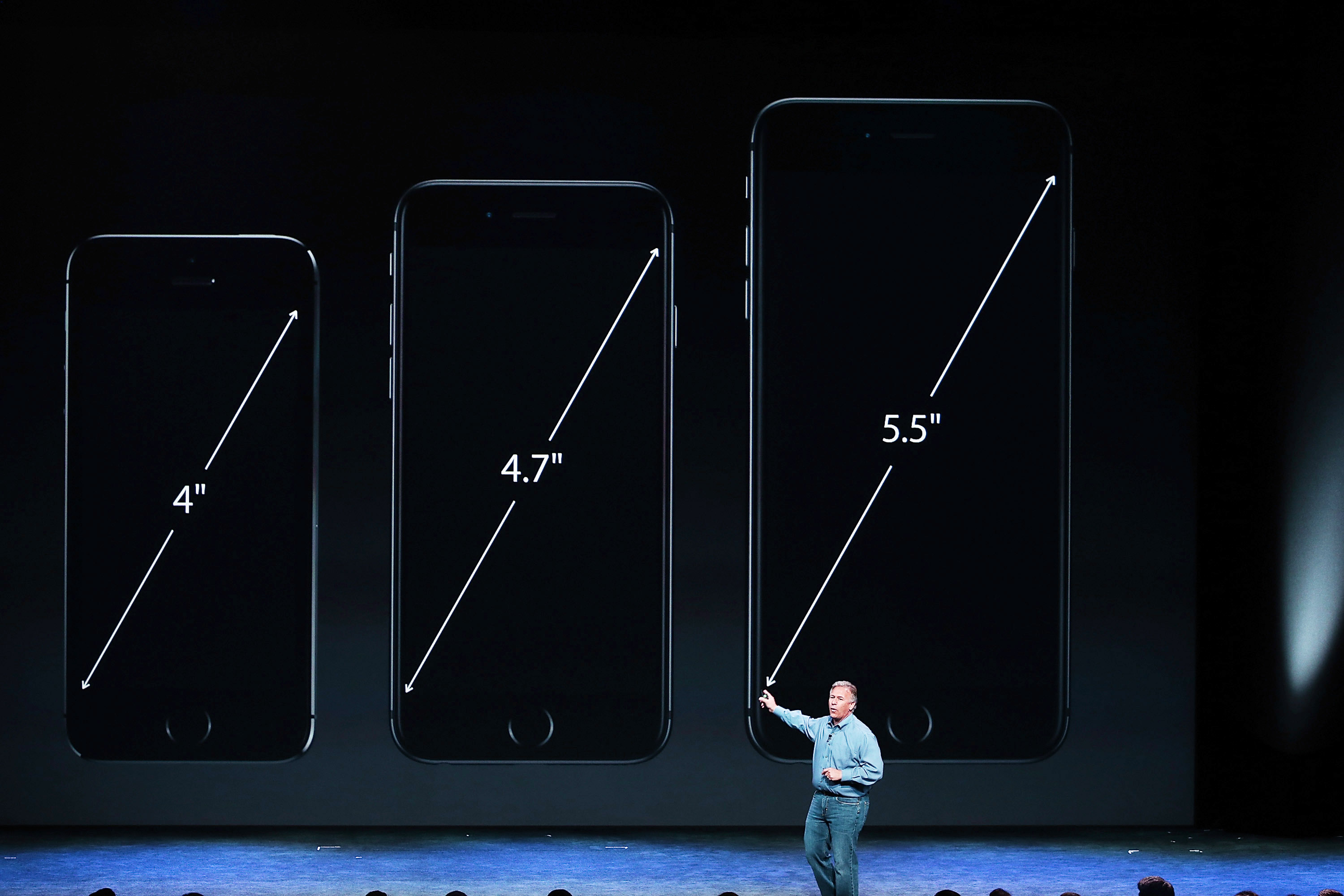 Many of us predicted that the iPhone will come with that more durable sapphire display based on some deals they’d made with manufacturers of the material. The models announced today come with a Retina HD display, which is definitely superior to any other phone on the market (including the last iPhones).

I was personally hoping the iPhone wouldn’t get much larger than an inch bigger than the iPhone 5s because it can only get so large before it precludes people with smaller hands from using it properly. I was half right.

Turns out, they compromised with us wee ones. Two models were announced today. The iPhone 6 is 4.7 inches with rounded iPad-style corners. There’s also a 5.5-inch iPhone 6 Plus. Both phones have the button that was originally on the top moved to the side to make it easier to use one-handed.

There’s also now a 128 GB model, which should greatly please those of us who quickly fill up our iPhones.

Without getting into all the specs, these phones promise to offer a sick gaming and movie-watching experience, a battery so supercharged you can listen to 80 hours of tunes before recharging (on the 6 Plus) and apps that are easier to use because they can take advantage of the larger screens. (Seriously, I wish I could keep going, but on to other rumors) 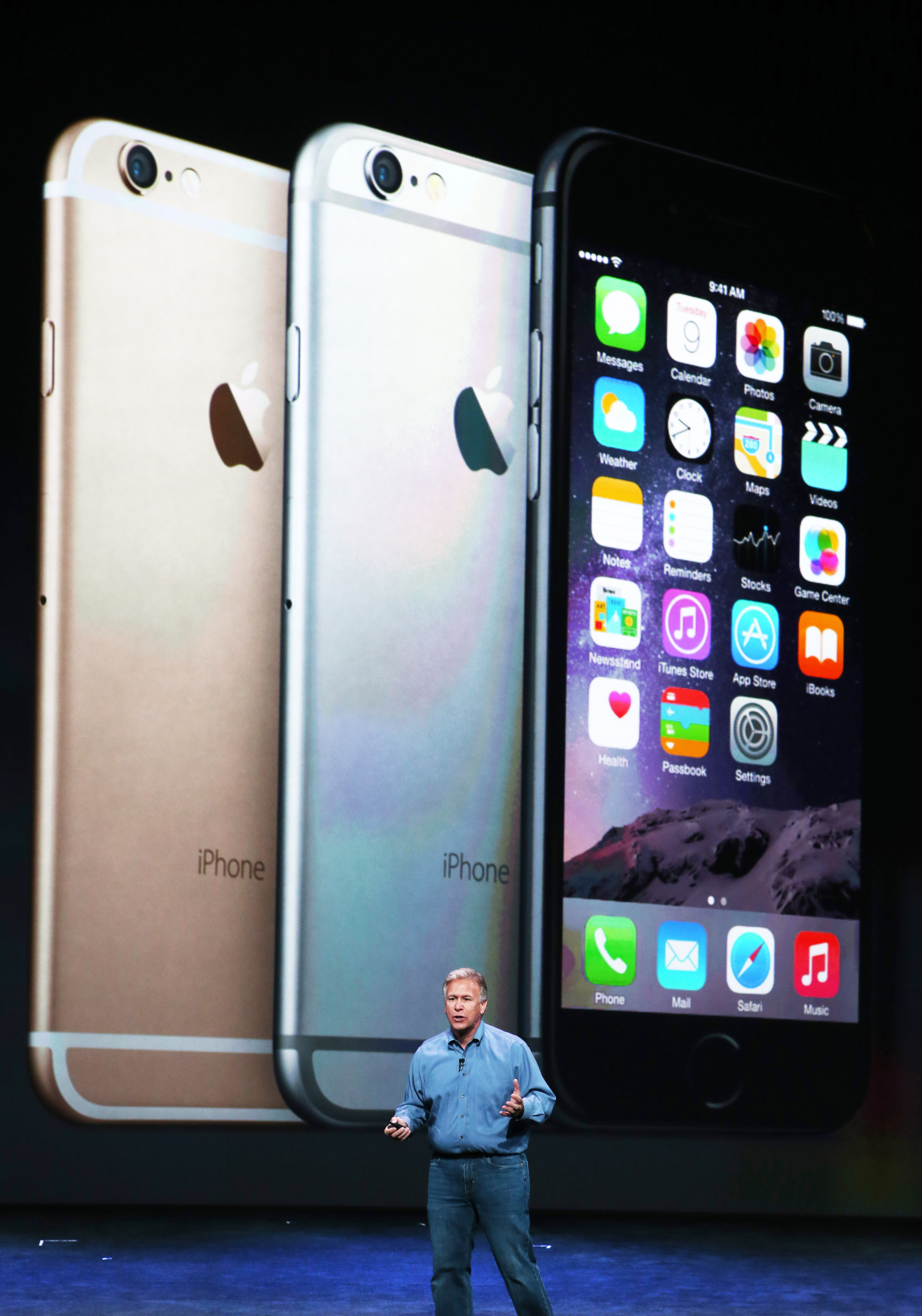 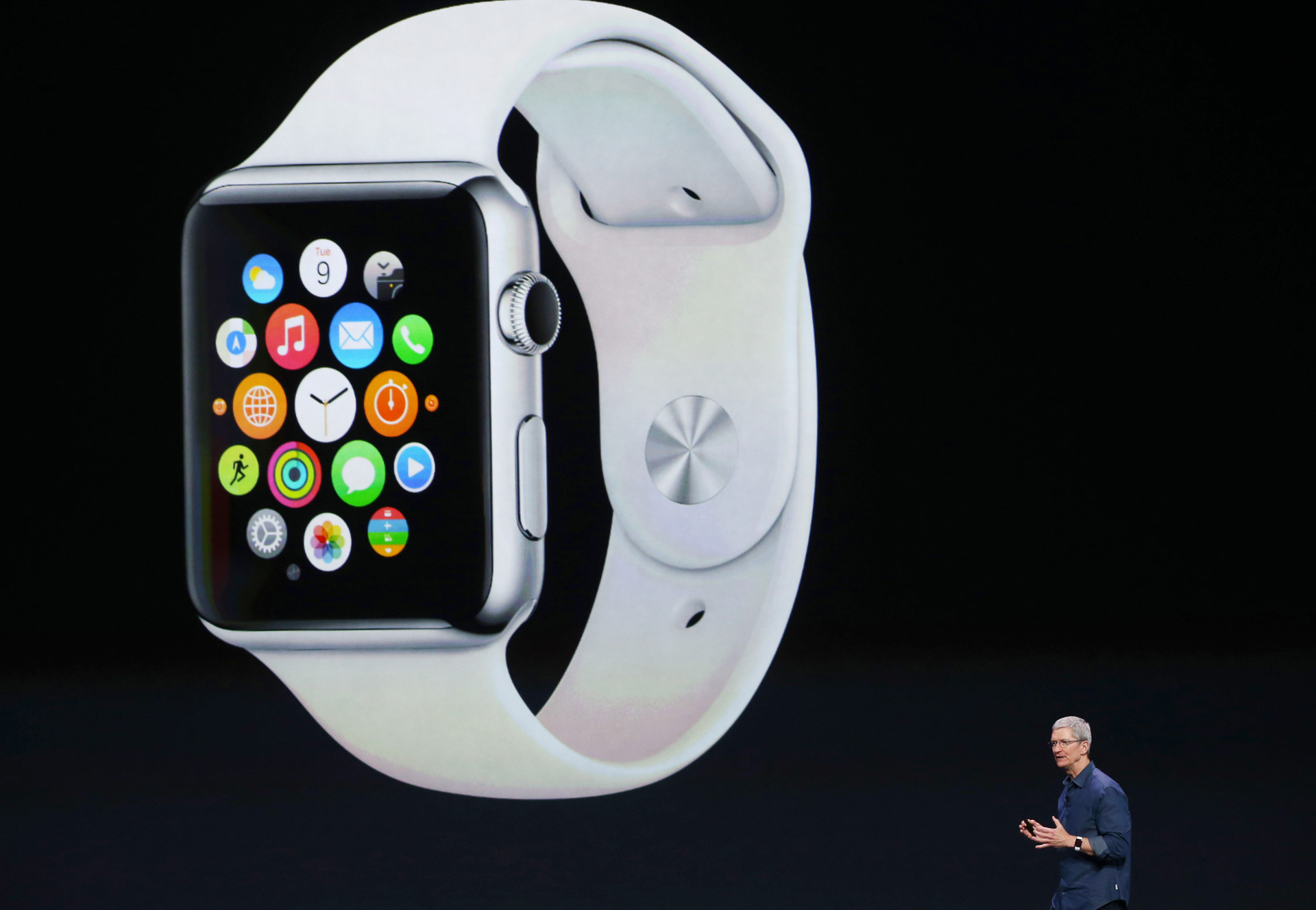 Patents Apple filed for iWatch and iTime fueled this rumor quite some time ago. When fashion industry peeps were invited to today’s event, even more fuel was added to the fire. Apple’s one of the few tech companies who hasn’t yet released a smart watch, but did it happen this year?

Hells, yeah it did! In a big way. This bad boy isn’t just gorgeous, it’s fully customizable, so it goes from casual to evening with no problem. But the best part is how it works. It’s incredibly accurate and knows everything about your health (seriously). It has a new interface specially designed to make it easy to use (including allowing you to use the watch’s crown for navigation. It integrates with your iPhone, takes dictation (built-in Siri) and even lets you communicate with loved ones intimately. You can tap to get their attention and even send them little drawings or your own heartbeat in real time.

Many were originally skeptical about Apple implementing NFC tech because in the past, it was easily compromised, but things started looking up with rumors of deals with credit card titans like Visa, MasterCard and American Express and discussions with non-Apple retailers.

Apple has revolutionized NFC by, as CEO Tim Cook noted, focusing on the end user’s needs rather than Apple’s own. The video showed it was stupid-simple to use and more secure than exposed numbers on a card with a magnetic strip. The security features they have built in are ridiculously solid to say the least.

The Beats products have been available on Apple’s site and in stores for quite some time. The reality is, that’s probably the real reason for the purchase (so they can make more money on these high-quality products). But no announcement of anything else today.

I didn’t really figure this would happen, especially if there was a new phone and a new watch. And much to many an Apple fangirl’s disappointment, I was right.

No specific announcements today, but they’re always updating this kind of stuff and they did announce earlier this week they had made some improvements after “The Fappening” was linked to iCloud.

Rumor No. 8: Yosemite and iOS8

They did announce iOS8, but no word on Yosemite.

Rumor No. 9: U2 will play the Apple Event

Not only did they play, they pushed their latest album for free to over half a billion customers during the event. You can only get it through Oct. 13, so if you’re not an iTunes or Beats customer now, you’ll want to become one now.

Check out this coverage by CBS News to see excerpts of live coverage of the event.

8 Things we wish Apple would’ve announced at the WWDC
4 Sneaky ways Apple guarantees you’ll buy its new products
iPhone 5c vs. 5s: Which is right for you?