Someone could be hacking your phone right now with a phony cell tower, and you wouldn’t have a clue.

If you’re one of the millions who, in the wake of the recent celebrity nude photo iCloud hack, are giving a second thought to the security of the data on your phone, then this is really going to freak you out. 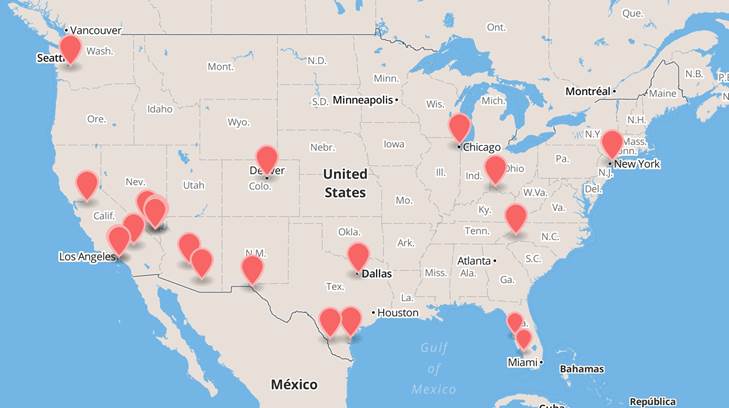 All over the U.S., someone — no one is really even sure who — has put up phony cellphone towers, called “interceptors,” which, when your phone happens to be in range, can listen to your calls, capture your texts and even get at those incriminating photos you thought would never see the light of day.

Cell towers operate with notoriously easy-to-hack technology. While the network the call is running on might be super secure 4G, the radio cellular technology that connects the device to the base station is easily breached. So it’s not too tricky for hackers to slap up a fake base station for $100,000 or less and have total access to anyone’s phone in the area.

Up until now, these interceptors have been impossible to detect. But after Edward Snowden showed the world how easily the U.S. government could hack a smartphone, a fresh market opened up for people who want a safer, more secure device.

Deutsche Telekom developed the “Merkel phone” — a super-secure, top-security-clearance-level device — after revelations that the German chancellor’s phone was hacked by American government officials. ESD America has developed a super-secure device called the CryptoPhone 500, which, according to the company’s CEO, Les Goldsmith, is how his company and its customers have been able to identify these interceptor cell towers.

“Interceptor use in the U.S. is much higher than people had anticipated,” Goldsmith says. “One of our customers took a road trip from Florida to North Carolina, and he found eight different interceptors on that trip. We even found one at South Point Casino in Las Vegas.”

While no one can be sure who’s putting up the towers, Goldsmith adds that many of them seem to crop up around U.S. military installations.

Unless you’re deep into international espionage, you probably don’t need a super-secure CryptoPhone 500, which, while Goldsmith won’t provide specifics about the device’s cost, is rumored to be a few thousand bucks. Most people who buy the phones, he says, are traveling with sensitive business data to China, where their devices will almost certainly be hacked by the government. Perhaps a few Hollywood actresses will soon join his secret list of customers. A few thousand extra bucks for phone security probably sounds like a bargain this week to those famous ladies dealing with the world seeing their most intimate images.

With a measly six-figure price tag, how long before TMZ puts up an interceptor tower off the Sunset Strip to get juicy gossip details on today’s notables? Can you pay someone for space on an interceptor in your neighborhood to spy on your spouse? This slope is so slippery it’s scary.

Rape survivor’s mattress project is about more than art
Why are Google searches so sexist?
YouTube’s long-rumored music streaming service gears up to launch