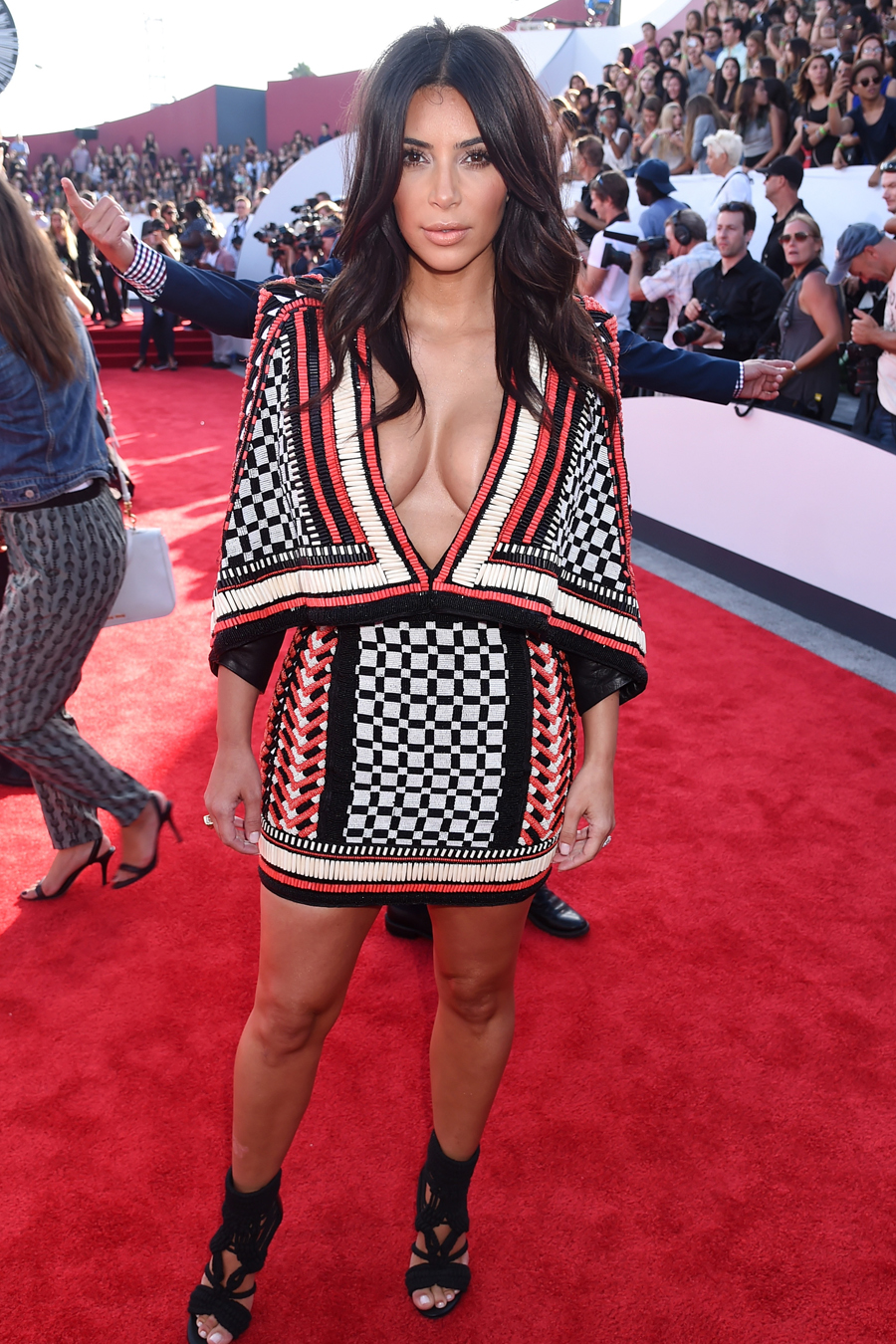 Kardashian’s patterned Balmain Resort dress featured a cape-like top with a seriously plunging neckline that showed off her bronzed chest. The minidress also showed off her toned legs.

Love the heels, too! They give off a crocheted vibe. 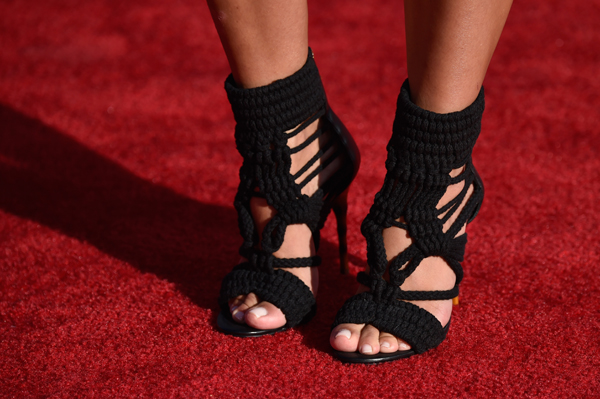 She topped off the look with some seriously sexy tousled waves — and her huge $1.6-million, 15-carat diamond.

It looks like Kanye West’s influence on her style is here to stay… and we can’t wait to see what sort of red carpet looks she breaks out next. 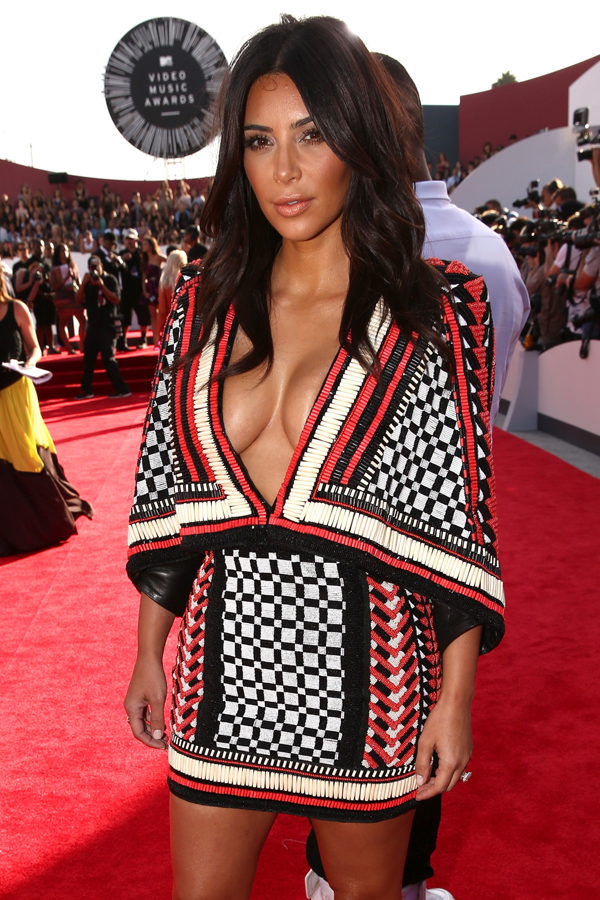 But even little Norrie has an influence on what mom wears, too. “I want to dress a little lighter colorwise. I think North looks cute in light colors, and then I want to wear light colors,” she added to the Sunday Times. “North doesn’t typically wear pink, though. She wears mauve or blush, not, like, typical baby pink.”

Tell us: What do you think of Kim Kardashian’s Balmain dress?

Katy Perry throws it back to Britney Spears & Justin Timberlake at the VMAs
Love it or hate it: Taylor Swift’s jumpsuit at the MTV VMAs
Amber Rose gets (almost) naked at the 2014 MTV VMAs

14 hrs ago
by Kelsey Mulvey