We all want to have our very own R2D2 for his clutch fixes, adorable beeping and sheer huggable nature. Turns out our dreams may be coming true, thanks to these real-life robots trying to give R2 a run for his druggats.

JIBO, who bears a striking resemblance to EVE from WALL-E (whose design was apparently inspired by the iPod), promises to be your family’s greatest personal assistant. He can take pictures and videos of your family’s greatest moments (and no one will be left out because they’re behind the camera). But because he can speak in a language other than beeps, unlike our dear R2 units, he’ll give you reminders about your schedule and your texts, entertain and educate your kids, act as your wingman and more. Most of all, he’s just freakin’ adorable, and I want one.

R2D2 may have been able to open impossible-to-open doors and jettison lightsabers just in the nick of time, but not all R2 units are as brave. This helpful pair from Norris Labs is all about assistance of the couch potato kind. With these little guys, you can melt into the couch to binge-watch your favorite new Netflix original and never bother to get up for a frosty beverage. That’s the good life!

Move over RoboCop — the Knightscope is a roving real-life officer of the law. The unit travels around on wheels capturing video images by day and by night, and it can even map the area in 3-D, employ a thermal imaging system, and recognize faces and license plate numbers. The difference is, this officer of the law doesn’t leave a trail of destruction.

Is anyone really surprised that when it comes to building robots, a human’s natural inclination is to build one that waits on us hand and… well, wheels? The Botlr is a hotel concierge that tends to a guest’s every need. Out of towels? Fear not, Botlr is on the job. Just tweet him, and he’ll be up shortly. Unlike some of his counterparts, though, he’s a snazzy dresser.

Special delivery! Don’t be surprised if the next time your hubby sends you flowers, this adorable sweetie shows up at your door. Honestly, she’s so cute, just getting to see her may be the real present. She’s equipped to drag attachable carts and navigate complex spaces autonomously with just a few manual commands from her Jedi master.

We don’t really know exactly what Qbo does, but he’s controlled with a game controller, so that’s cool. His software is still under development, but similar models have done tasks like fetching things, so we’d imagine he’ll be some kind of personal assistant.

This caregiver-bot has a softer side. Designed to be a companion for those with Alzheimer’s or others with neurological issues, Memo by Yanko Design will spend her time playing games with you, helping you teleconference with loved ones and helping you remember where you put your keys. She can even dispense pills as needed. 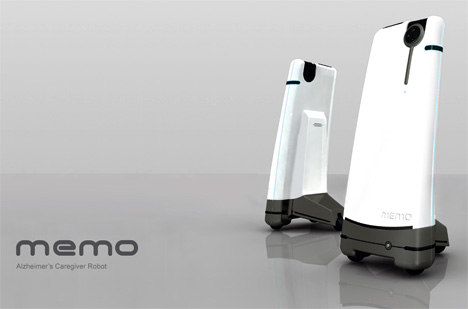 Any robot is fun, but wouldn’t it be easier if you could communicate with them through speech? Kompai is your personal housemaid you can control with verbal commands. She communicates back verbally (and very sophisticatedly) to ensure she’s following your exact commands. She can keep your shopping list, double check your calendar and even make sure you’re OK if you’re not feeling well by shooting an email to your doc. If you’re a Caprica fan, you might be a little creeped out by the video below, but try to think of her as Rosie from The Jetsons.

The one in the movies may have been fictional, but some researchers at the University of Pisa decided that just wasn’t good enough and built a real-life version of the droid. He communicates in adorable beeps just like his fictional counterpart, though he’s a little taller so he can see you a bit better. Much like a movie-version R2 unit, he can be programmed to complete various types of tasks and is equipped with Bluetooth, wireless access and USB. 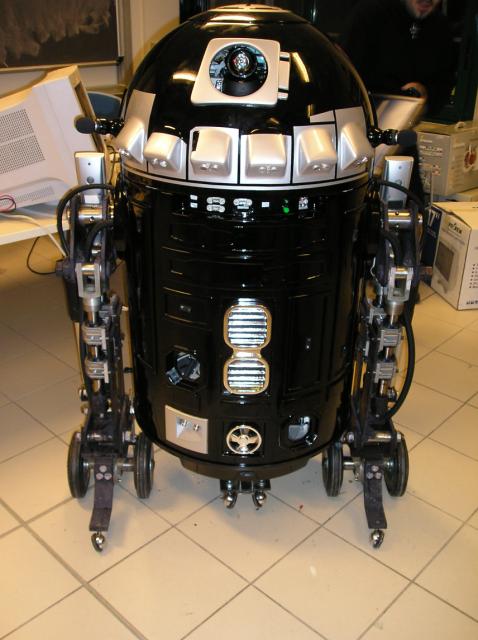