I am the girl who always wears makeup. Always. If I don’t, I feel exposed and uncomfortable.

Maybe it’s because I started wearing cosmetics so young. I matured early and developed acne as a kid, so I began wearing concealer when I was 9 years old. And as the years passed, my routine only expanded. Soon it was concealer and foundation, and powder, blush, mascara and my now “signature” lipstick. (My friends know I don’t go anywhere without that smear of pink.)

Although, generally, I enjoy wearing makeup and find the whole process of buying ‘n’ trying cosmetics pretty fun, there are times that I just don’t feel like wearing anything at all. But until recently, I never actually did. As such a longtime cosmetic devotee, I almost didn’t know how.

That’s why Annie Garau’s story in the Kentucky Herald-Ledger really hit home for me. The 20-year-old Indiana University student describes going makeup free for one whole year after realizing cosmetics might be hindering her happiness instead of helping. However, it wasn’t easy. She describes her experience going bare-faced as somewhat of a nightmare: “I felt uncomfortable, undesirable and embarrassed when we went to these parties or when I saw myself in photos. I felt as if people were treating me differently, and… I might have been right.” 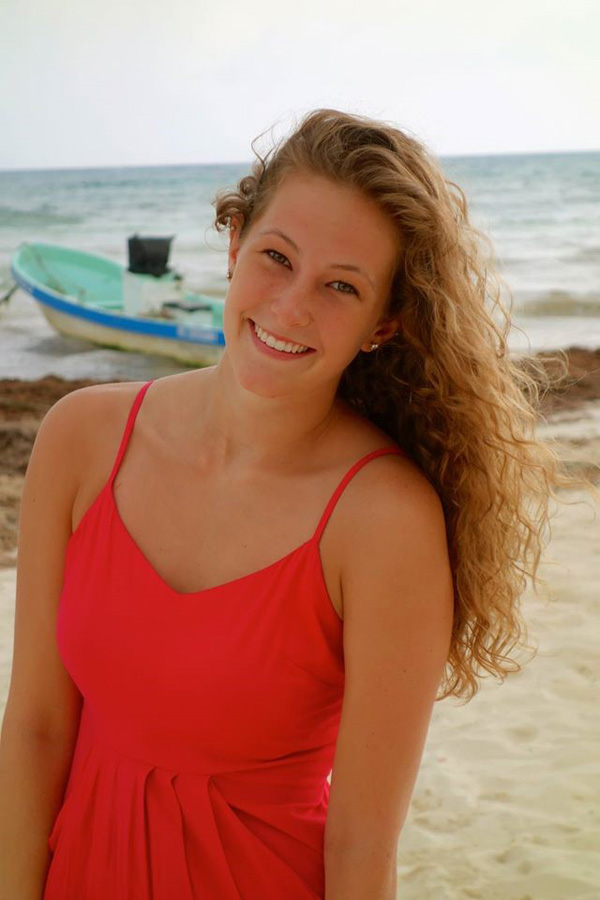 Just before reading Annie’s story, I’d been reflecting on my cosmetic fixation, and decided to do a little something to change it. As a woman, when makeup has almost become an extension of yourself, it’s hard to change the mindset that you’re not living up to your full potential without it. So, I know exactly how Annie feels, and it’s what has always kept me applying makeup everywhere I go. I even took the time to slap on mascara before hitting the ER a couple of years back — and that’s pretty insane. Amiright?

So, I started going random places without makeup. To the bank. To the grocery store. To Starbucks. Even out to brunch. At first, it wasn’t fun. It was actually strange and downright intimidating at times; I felt exposed and vulnerable, almost like people could see inside me, directly into a place I wasn’t necessarily comfortable sharing. But the more I did the makeup-free thing, the less scary it became. And you know what? The world has not ended.

Most people do not seem to treat me any differently. In fact, when I hit the mall virtually bare-faced a couple of weeks ago, I found I was getting complimented more by total strangers. Maybe, just maybe, people respond to realness more than we think.

Annie’s roughly two-thirds of the way into her bare-faced experiment. She’s concluded so far that it’s been time, money and worries saved. From her story: “I’ve learned that some people do treat me differently, but the people who matter don’t. I’ve also learned that I overemphasized how much thought other people gave to my appearance. I’ve started relying more on my other assets. Working on kindness, humor and positivity has helped me change in meaningful ways.”

You don’t have to go makeup-free forever to learn this, but nixing cosmetics every once in a while is totally worth it — especially if you know deep down you’re a little too obsessive about making sure every hair is in place. I still love my pink lipstick collection and the thrill of getting dolled-up but in letting go of this intense need for external perfection, I’ve allowed myself to embrace vulnerability and I feel a little more powerful as a result.

Before I started going makeup-free, I didn’t realize “vulnerable” and “powerful” were traits that could coexist. Now that I have, I’ve come to realize it’s the only way they can exist — and I am stronger because of it.

More on beauty and style

15 Stylish T-shirts with Beyoncé references — because, why not?
Ashley Greene’s beachy bob
The smartest beach bag ever