We get it, it’s the internet, and there’s always some seriously weird stuff circulating. Still, if we had our druthers, we’d never have these 9 viral internet trends pop up in anyone’s social media feeds.

This is exactly how it sounds. Via the magic of Photoshop, people are trading eyes with their furry little feline friends. It’s horrifying. And what’s even more horrifying is that some of the swaps don’t look entirely unnatural. Creeeeepy.

If you ever wondered what Miley Cyrus or Cameron Diaz, or even Hugh Jackman, would look like as a meth head, well, look no further. This trend, in which random internet wizards of image trickery “delete” stars’ teeth, is like a PSA for the “Say No to Drugs” campaign.

So, this guy and this girl are in line at Starbucks. The guy strikes up a conversation and manages to score the girl’s number. Then said guy proceeds to send an icky video selfie that shows him eerily staring into the camera and caressing his face to the tune of Drake’s “Hold On, We’re Going Home.” The girl, likely thinking there’s a still-beating heart of some Starbucks barista hidden in his crazy pompadour hair, posts the strange video of the creeper online, and it goes viral. Even Breaking Bad‘s Aaron Paul takes a stab at it. Granted, Aaron Paul is cute, but the entire trend makes our skin crawl.

When a meme is called Jeff the Killer, you can pretty much bet your life savings it’s going to be creepy. And it really, really is. Jeff the Killer actually originated back in 2008. A YouTube user by the name of Sesseur uploaded a short video featuring the “fictional” story of how Jeff the Killer accidentally spilled a bucket of acid on his face, and he became maimed beyond recognition. Unfortunately, Jeff has been making the rounds as recently as earlier this year. He reminds us of that freak from the Saw movies, and we are not all about that. 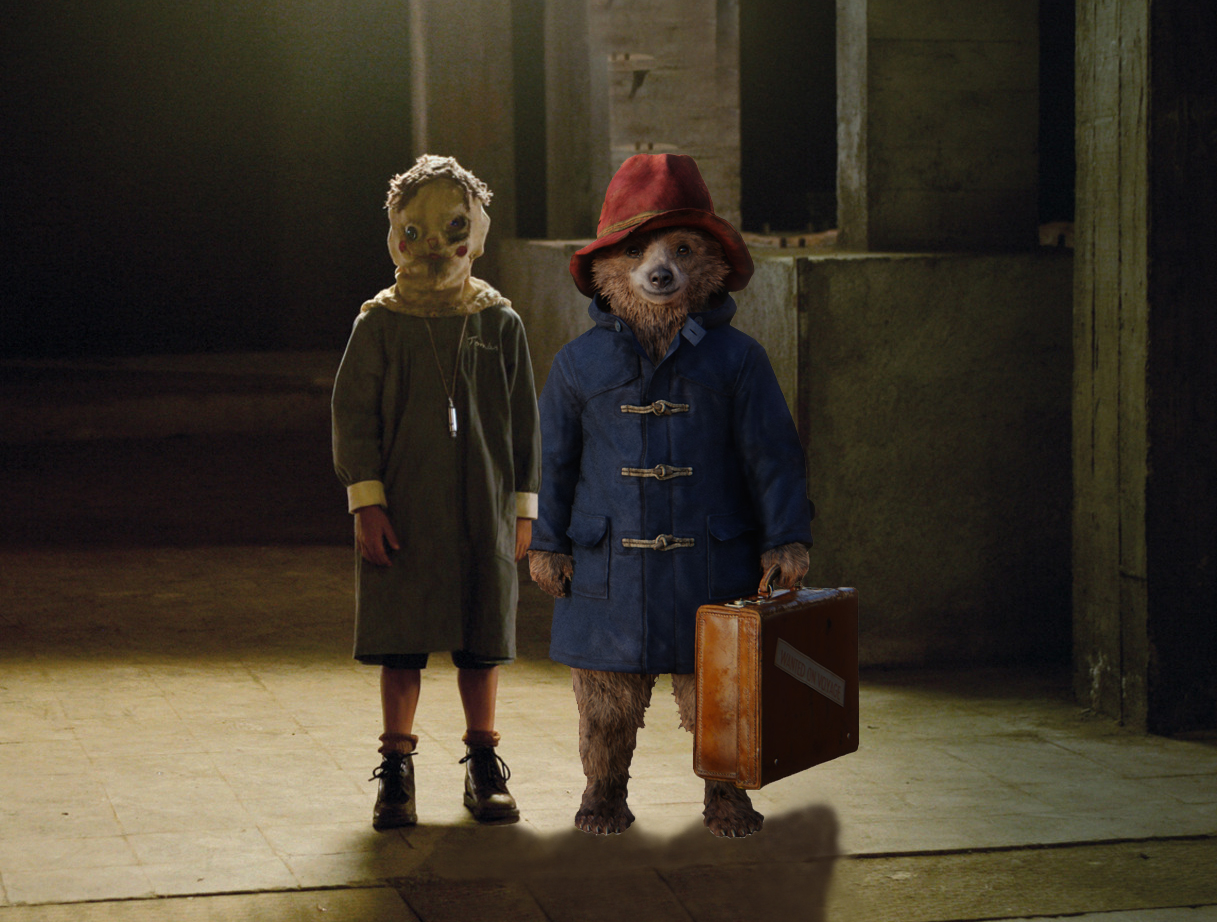 Leave it to the internet to ruin one of your favorite childhood memories. I mean, really, who didn’t love Paddington the bear growing up? He was so cute and fuzzy with his sweet little coat and hat. Until the internet got a hold of him recently during the promotion of the soon-to-be feature film, turning him into every homicidal maniac you could possibly dream up. As if Teddy Ruxpin wasn’t creepy enough, now we’ve got another talking teddy bear to haunt our dreams. 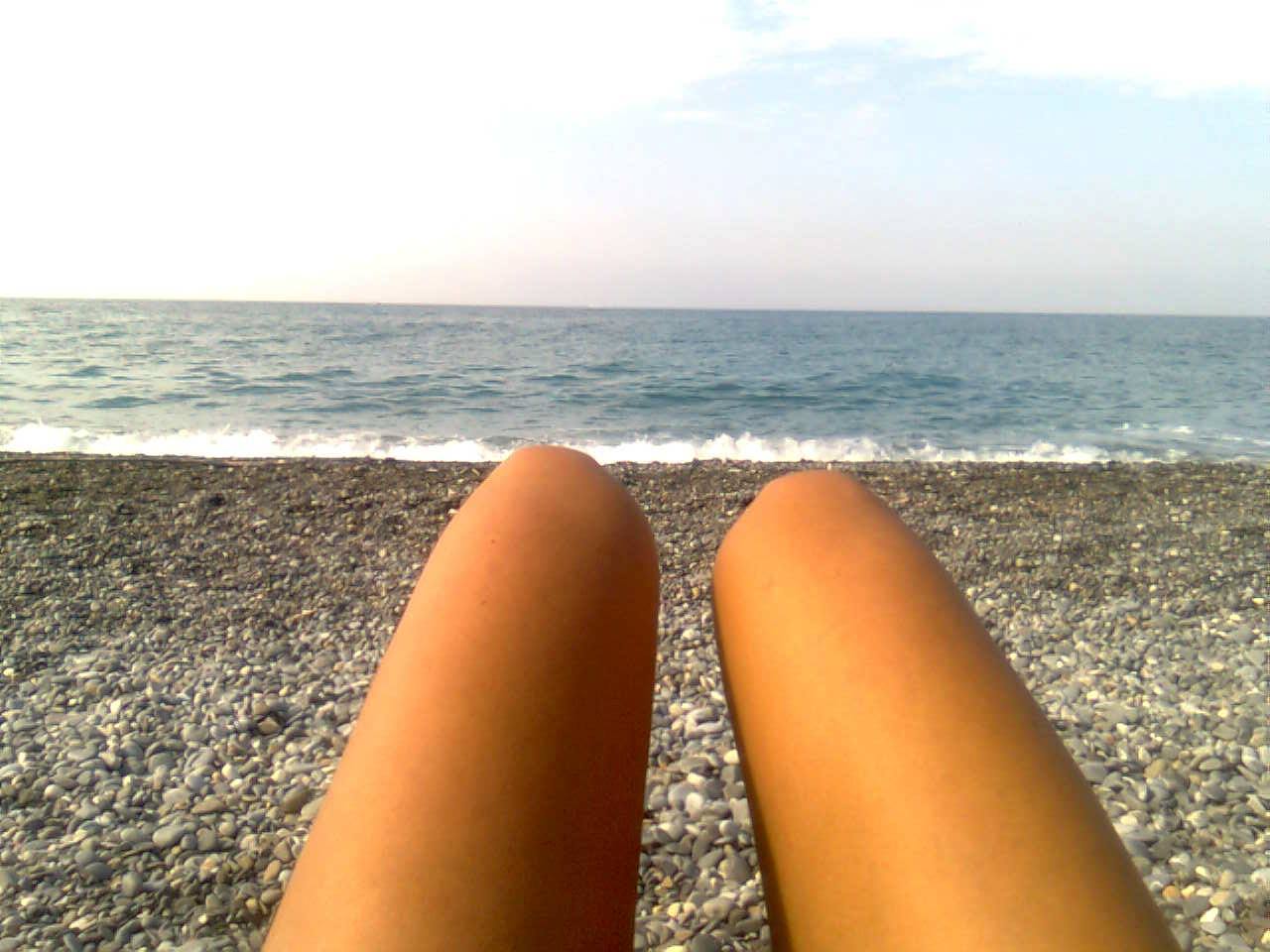 This trend has its merits, clearly. Legs, when captured in those popular beach photos, look an awful lot like two hot dogs without their buns. But when this notion went viral, it also brought with it a flood of pictures of actual overcooked hot dogs — which look a bit too much like charred human flesh for our taste (pun intended… sorry).

In 2012, an artist named Wes Naman decided to release a series of portraits in which people’s features were distorted by adhesive tape. Then some bored college kids caught wind of the idea, grabbed a roll of sellotape (known as Scotch tape in the U.S.), wrapped their faces in the sticky stuff and started uploading “sellofies.” Not only is this one bizarre, but we’re pretty sure there are some safety concerns, too. 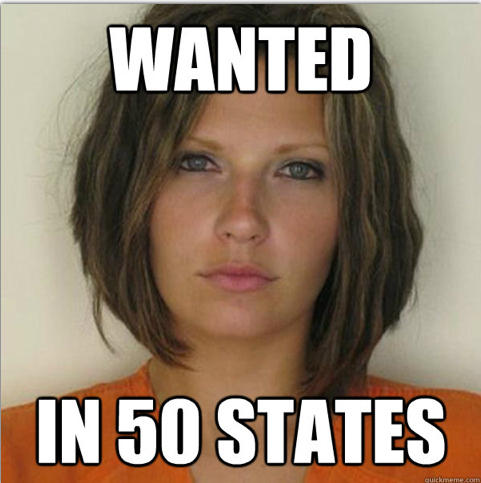 We wish it weren’t true that people swooned over a criminal, this trend actually happened. It started way back in 2010 when Florida resident Meagan McCullough got a DUI — and an internet following when her mugshot spawned the “attractive convict” meme. And this year, the mugshot of Jeremy Meeks went viral, inspiring a slew of hilarious memes and even a new hashtag, #FelonCrushFriday. 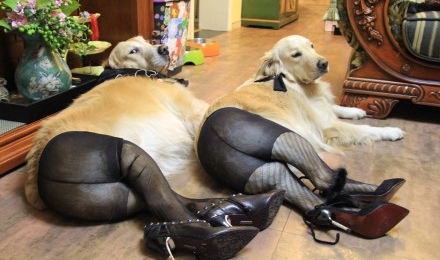 First of all, let’s just agree we object to this on behalf of the dogs. They may have walked away none the worse healthwise, but they certainly took a hit to their dignity. Now, to the heart of the matter, this is just some seriously creepy looking stuff. Hey, people… if you’re bored, do a crossword puzzle. Don’t stuff your Golden Retrievers into pantyhose. And certainly not pantyhose and spiky black stilettos. Dare we say this brings new meaning to the term “doggy style”?