Kendall Jones, a young cheerleader from Texas who loves hunting lions, rhinos and other exotic animals has skyrocketed to fame in the past two days. And ironically, this leap in popularity is due to the protests created by those working hardest to shut her down. Talk about an internet activism campaign gone wrong.

It makes me sick that to even write this article I must first become a part of the problem before I can hopefully become a part of the solution. To publish this article, to write these words, is to bring more attention to the Kendall Jones story than is truly deserved; and yet, it’s a necessary vice to begin the process of redirecting the conversation on this issue entirely. Chances are, you already know who Kendall Jones is. It’s likely that you’ve seen her name pop up on Facebook and Twitter, or have stumbled across an article (like this one) that has been written about her on the web. But, for any out there who haven’t yet heard: Kendall Jones is a young woman from Texas who enjoys hunting, and uses her Facebook page to publicly share her hunting adventures, which claim the lives endangered animals in Africa. And naturally, hearing such news has created an internet storm.

Two online petitions have surfaced in response to this story, and support for them continues to grow. Articles have flooded the web, commenters have rallied to voice their opinions; and in response to all of this wide-spread attention, Jones bats her eyes, offers us a smile and then tells us, “Thank you.” Literally.

Even more disturbing is the line graph you’ll find on her Likes page. 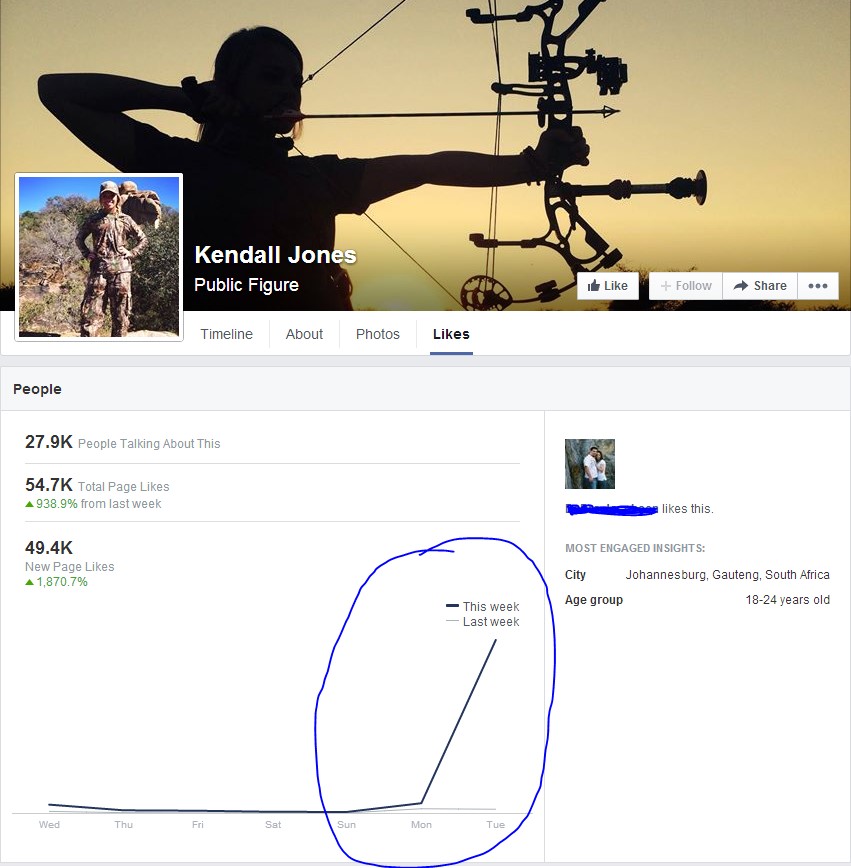 Regardless of the good intentions of internet users everywhere, the truth is, all of the hype this story has generated actually increased Jones’s following, making her more popular, more public and more relevant. That said, this seems to be the perfect opportunity to share the news of her upcoming television show. 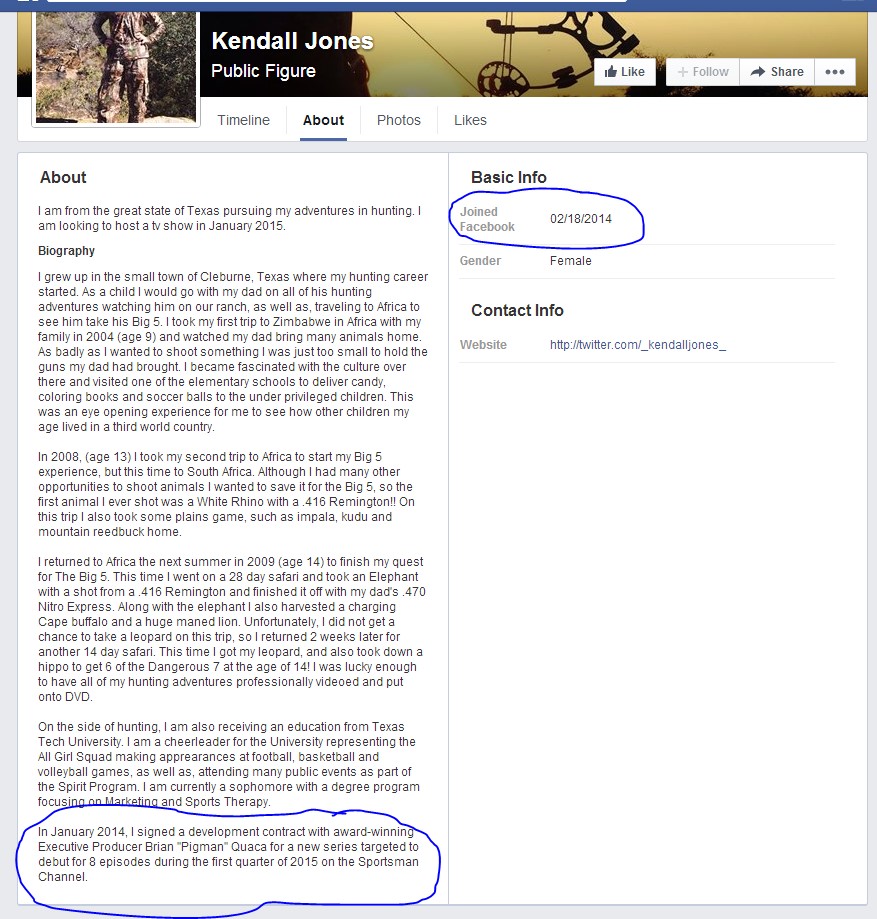 I think it’s fair to assume that Jones’s producers are quite pleased by the attention this story has drawn. Considering Jones signed onto the show in January, 2014, it seems oddly ironic that her Facebook page, which chronicles her life-long love of hunting wild animals, just happened to be created one month later.

That’s what makes this the perfect example of an internet activism campaign gone wrong. In all of our efforts to rally behind the solution, in turn, we’ve become the problem itself.

So, what’s the answer? How can we turn this around? To truly make a difference, the approach must change. Sign petitions if you’d like. Leave angry comments if it makes you feel better. Or, you can follow these steps: 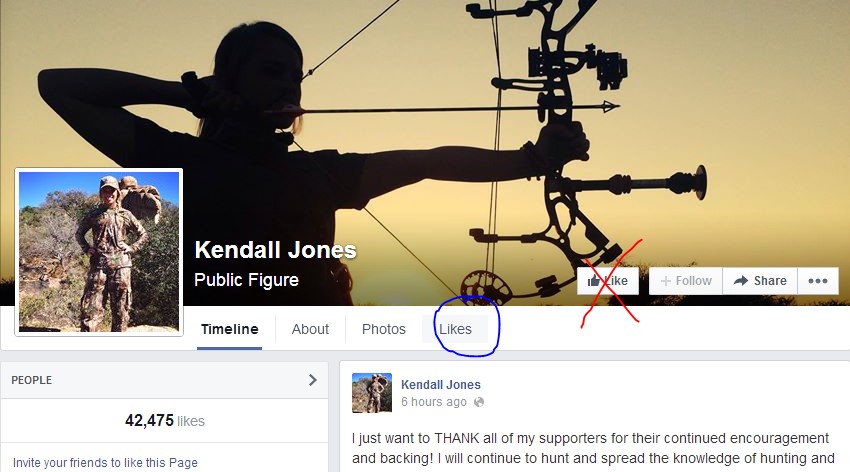 Step 3: Look over to the right, and then reach out to them. 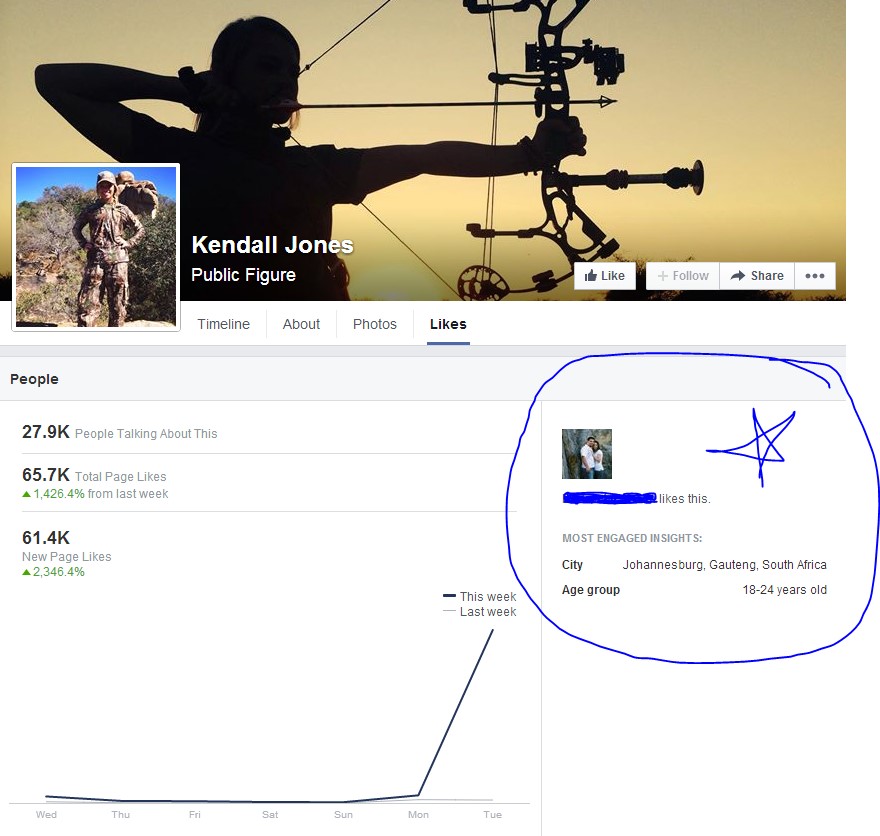 The area I’ve circled is Facebook’s way of telling me which of my friends have “liked” Jones’s page. Likewise, when you click into this section, you will see your friends, your acquaintances who have “liked” her page. Ignore Jones; she doesn’t care how you feel about it anyway. Instead, focus your attention on the people you know, who might actually listen to what you have to say. If it means that much to you, take the debate up with them, and ask them to “unfollow.” Then, watch as Jones’s audience grows smaller and smaller, or hopefully at least stops growing larger.

Fight viral with viral. Share this article if you agree.