Google I/O 2014 is a two-day Google-palooza devoted to wooing the best and brightest software developers to use Google’s platforms — Android and Chrome — to develop the world’s next game-changing applications. This year’s Google I/O, which is developer jargon for “Google Input/Output,” is being held this week in tech Mecca San Francisco. It’s ushering in an entirely new era for Google — one that goes with you anywhere and everywhere you are. 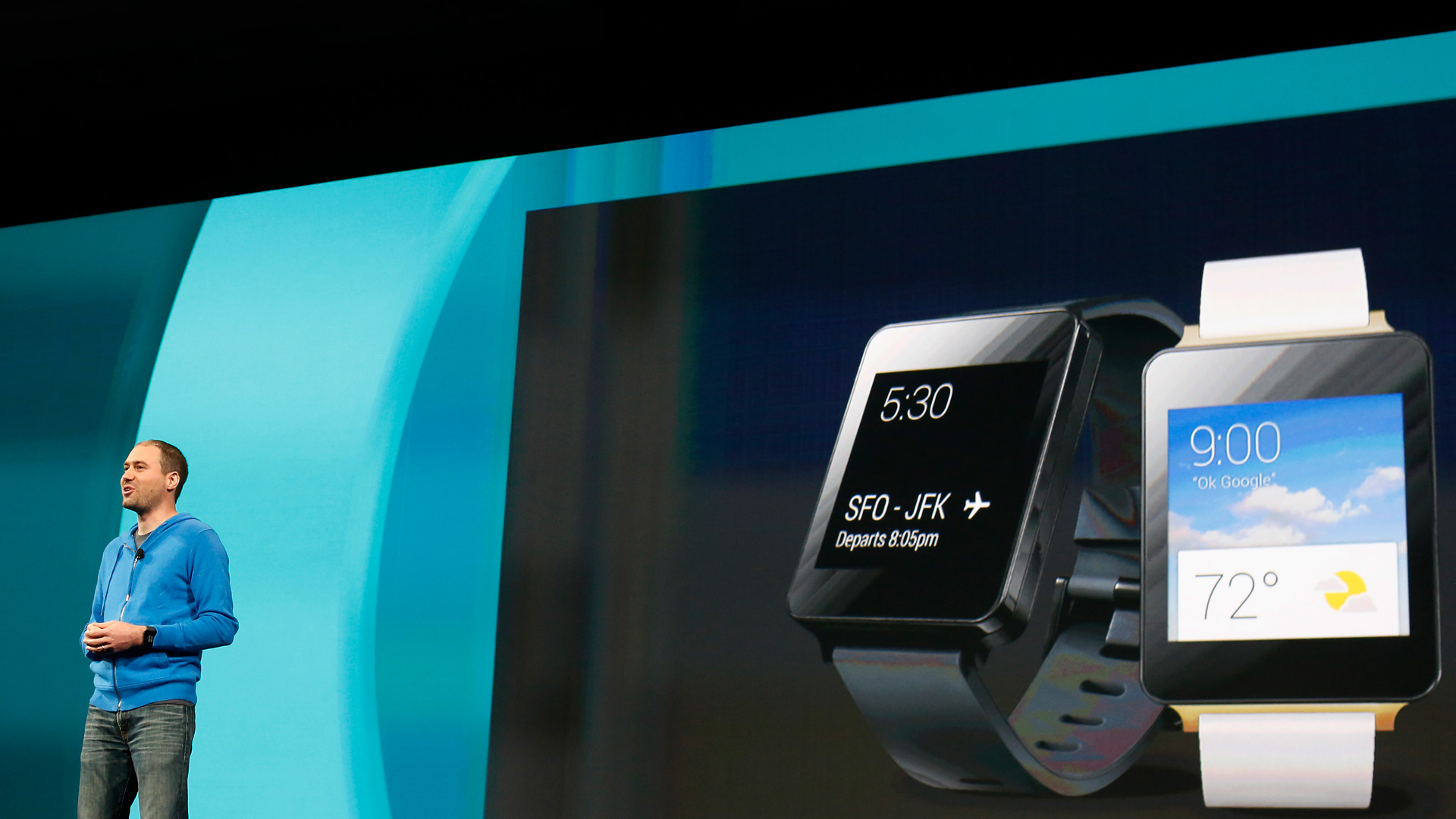 Android is a software platform of choice for app developers, both because of its open flexibility and the sheer number of mobile devices running any one of its delicious-sounding versions: Froyo, Gingerbread, KitKat, Ice Cream Sandwich, Jelly Bean. In fact, at this year’s Google I/O, the company announced that there are 1 billion people worldwide using Android devices. Here’s an idea of what Android users do, according to Google Senior Vice President Sundar Pichai:

From the connected home to the connected car and even on your wrist, Google’s latest releases are aimed at seamless integration with the most mundane details of your daily life. Most notably, the release of Android’s latest iteration — simply called “L” with what Google calls “material design” — gives developers the illusion of a 3-D look and tactile experience on any device. The result is a view that lets users know the old days of interacting with a flat, lifeless 2-D screen on a desktop is decidedly old-school.

“What if pixels didn’t just have color, but also depth?” asked Matias Duarte, vice president of design for Google. “What if there was a material that changed shape in response to touch? We were inspired by paper and ink.”

The result is a slick, multilayer interface that will be integrated across Android and Chrome from the device to the desktop.

Android Wear is a new software platform Google hopes will finally make mobile, wearable technology a viable everyday reality. Android Wear uses your wearable smartwatch, or other future wearable device, as the security key to unlock your phone and tablet, and it promises to interact seamlessly with these other devices. You can tell your Android Wear watch to give you reminders or ask it questions. It’s Siri without the personality. With any luck, Android will be far more accurate and responsive. Nice lady, Siri is, but not terribly bright.

The other notable feature of Android Wear is that it works with both square and round screens, something Google hopes will help drive a more fashionable connected device look — although, from the look of the devices previewed at the Google I/O keynote, that might be a bit further off than Google hopes.

The preview of the Moto 360, with its round-screen face, drew audible groans from the crowd. 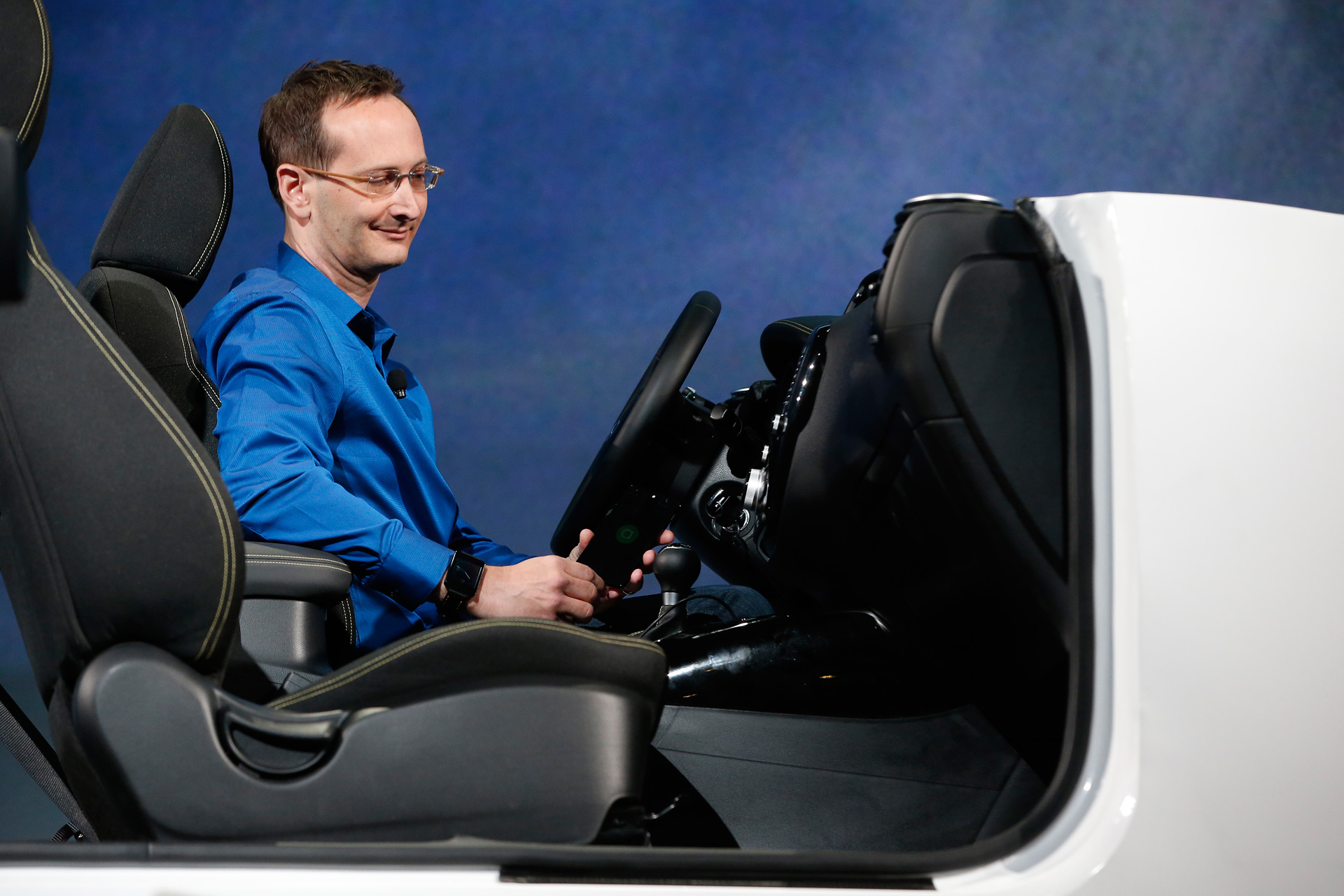 Connected Cars are coming soon to a dealer near you. In the next year, new cars rolling off assembly lines all over the world will be fully equipped rolling, mobile connected devices with big bandwidth and the functionality of the sweetest smartphone.

Android Auto is Google’s answer to enabling Android users to access their apps and functionality from the connected car. According to the Google I/O presentation on Android Auto from Google’s Patrick Brady, a director of engineering for Android, the first cars equipped with Android Auto will be available by the end of the year.

The Android Auto platform provides a seamless interface with Android smartphones and connects drivers by voice to maps, text and audio entertainment. With the voice interface, Google hopes to create a connected-car driving experience without dangerous distraction. Google also announced it will soon release a toolkit for software developers to help them develop cool new messaging and audio applications for Android Auto. This is Google’s answer to Apple’s CarPlay.

With Android TV, your living room television becomes just like any other Android-connected device, from accessing Google Play Games to enabling voice-recognition search of your favorite shows.

And it’s all going to be available as fast as you can say Orange Is the New Black. Google says that, by the fall, a dedicated store will open to provide content tailor-made for the Android TV. TV manufacturers including Sony, Sharp, TP Vision, and more have already signed on.

Chromecast, which is Google’s low-cost TV device, has already sold millions of units in many countries. In fact, Google says YouTube reports more activity from Chromecast than any other streaming solution. Chromecast is now offering the ability for app developers to take apps across Android, iOS and Chrome and sling, or “cast,” that app right to the TV. Chromecast has its own listing service at chromecast.com/apps. Google also says it wants to make it easier for other users to cast content to your TV without sharing the same Wi-Fi network, according to Rishi Chandra, director of project management from Chromecast.

These new releases, and the entire Google I/O event, are intended to fire up the thousands of participating developers — and the more than 1 million nationwide viewers touted by Google — to engage with Android and Chrome and build the next Facebook or Uber on top of these platforms. Only time will tell what these new technologies will bring and the ever-growing number of ways they will impact our daily lives.

12 Kickstarter programs that make technology less annoying
Watch this tech-savvy fish control a robot
Tech of tomorrow: Print your docs with this robot