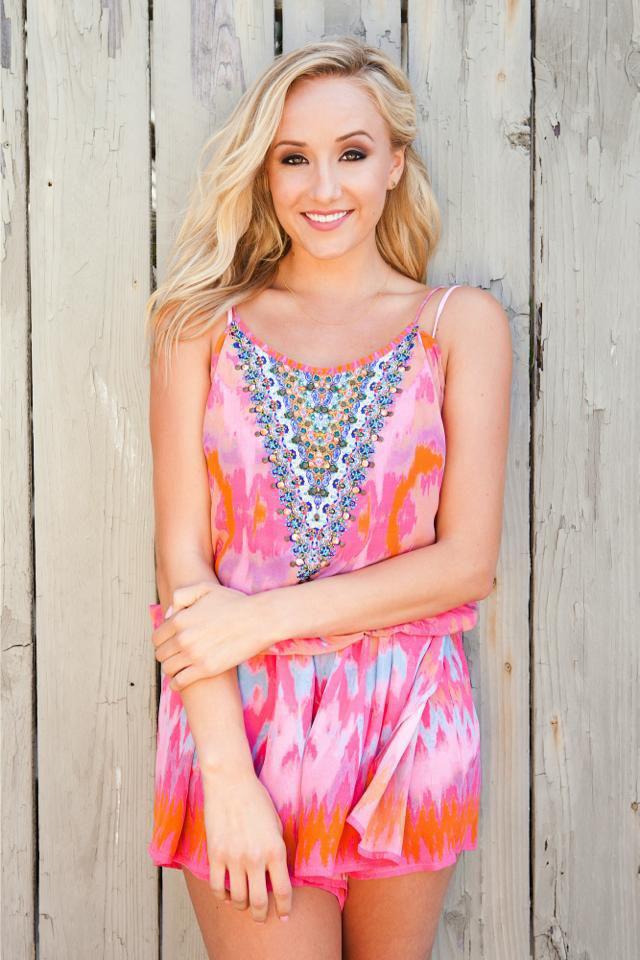 We all remember Nastia Liukin, the charming blonde gymnast who took Beijing by storm at the 2008 Olympics, earning the title of individual All-Around Champion. But what has the gold medalist been up to since? We had a chance to chat with her about her current projects and her decision to retire from the sport that’s defined so much of her life.

The 2012 Olympic Trials and retirement

t I learned more about myself, and about life in general, at the 2012 Olympic Trials than any other event in my life so far. Although I was able to win five Olympic medals four years prior at the 2008 Olympic Games, I didn’t have the best performance at Trials in 2012. Falling face-first in front of almost 20,000 people and standing up, finishing my routine and getting my first standing ovation of my career made me realize a few things: Sometimes life isn’t always about those high moments (like winning a gold medal). Sometimes it’s about finishing what you started and never giving up when things aren’t going your way. Seeing 20,000 people on their feet that day made me realize they weren’t cheering for my performance. They were cheering for me as a person. Even if you don’t succeed, keep fighting.

t Life has changed in many ways. Having finished my competitive career, the biggest change in my life is not living in Texas and training seven hours a day, six days a week. I still remain very active, and work out almost every day, but definitely not seven hours. 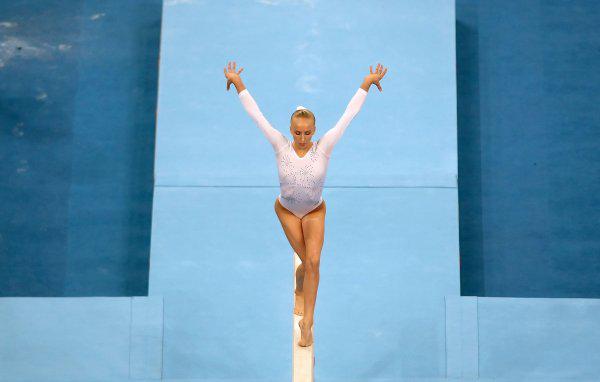 t My biggest project is actually being a full-time student at New York University. Beyond that, I am working with NBC as a gymnastics analyst and Olympic correspondent. I have my own competition called the Nastia Liukin Cup which features about 30 of the top up-and-coming girls in the nation. Through that I also have my own foundation called the Nastia Liukin Fund. The Nastia Liukin Fund is supported by the National Gymnastics Foundation in conjunction with USA Gymnastics. The NLF supports clubs that aid athletes who need financial assistance to become, and remain, involved in gymnastics. The Fund partners with fitness-oriented programs for young people. I also have a few other really fun projects that I’m very passionate about but I can’t quite announce yet… stay tuned toward the end of the summer.

tI still can’t believe I actually have a gymnastics competition in my own name. There is a Nastia Liukin Cup Series which consists of 14 qualifying events, and the top two from each qualify to the Nastia Liukin Cup. It’s such a cool opportunity for these girls to compete on a big stage, on live TV. For some of these girls it might be the start of their international elite gymnastics career, and for others they might be heading on to college to compete for their team. In 2010, a little girl named Gabby Douglas competed at the Nastia Liukin Cup and got fourth place. Two years later she went on to win the All-Around gold medal at the 2012 Olympic Games in London.

Working toward a degree in Sports Management

t Starting school at NYU has been one of the best decisions I’ve ever made. I’d always wanted to live in New York City at some point in my life and I thought this was the perfect time to do so. I am able to be a full-time student but still fulfill sponsor obligations and attend events. I don’t necessarily want to be an agent, but I wanted to learn more of the business aspect to sports as it has been such a huge part of my life. I’ve always wanted to be more hands-on with my own career.

Joining Experts Among Us 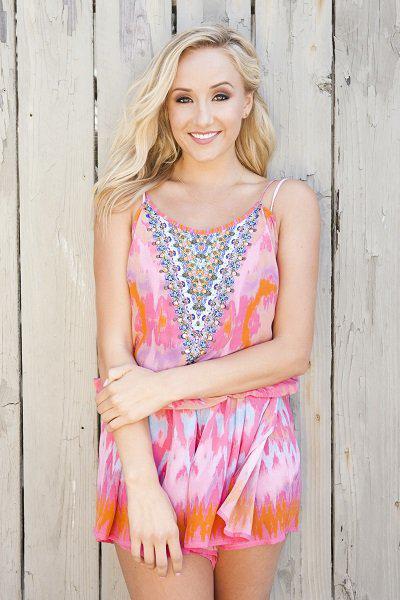 t I’m learning more about myself and life in general at this point than any other time. I’m finally figuring out who I am as a person beyond just being “Nastia Liukin, the gymnast.”

t I have been a fan of SheKnows for some time and love reading the Experts’ blogs. Even though I’m not a professional nutritionist, trainer or designer, I love health and nutrition, fashion and all fitness-related things. I hope to share what I have learned from so many amazing people throughout my career.