A look at three nonfiction flicks that will amaze, entertain and get your motor started. 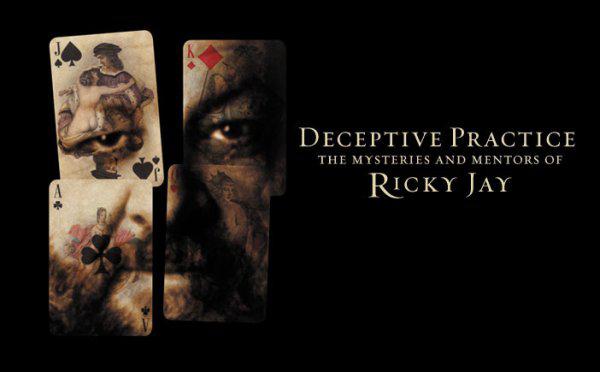 Deceptive Practice: The Mysteries and Mentors of Ricky Jay

t In this new profile of sleight-of-hand superstar Ricky Jay, we learn a little about him and a lot about his mentors — men of magic who inspired him in his apprenticeship of the arcane arts decades ago and who are long since gone. This is like a cinematic campfire tale, keeping the embers of tradition alive.

t Even if you’re not interested in card tricks, dice or coins, this doc is well worth a watch for anyone who’s interested in people, psychology, fame and foibles. Deceptive Practice: The Mysteries and Mentors of Ricky Jay cleverly weaves Jay’s life story through clips of classic TV shows (The Ed Sullivan Show, The Dick Cavett Show and The Tonight Show), new interviews with auteur David Mamet (who directed Jay’s Broadway show) and a British reporter who did an extensive profile on him, as well as through archival photos and sidelong glances into secret societies.

The Rutles: All You Need Is Cash

t Looking for something less educational? Then The Rutles: All You Need Is Cash might just be the backstage pass you want. Predating This Is Spinal Tap, The Rutles is a goofy mockumentary profiling the exploits of a Beatles-like singing group affectionately known as “the Prefab Four.”

t Jointly directed by Monty Python alumnus Eric Idle and Saturday Night Live filmmaker Gary Weis, there are some cute moments — but overall, The Rutles is a one-note joke. Still, it’s fun to see all the rock star clichés — pompous press-conference statements, Ono-like succubus wives and, of course, the fake interviews with contemporaries like Paul Simon, Mick Jagger, Ron Wood and George Harrison (who shows up as a BBC commentator).

t While this old chestnut might be better left in 1978 from whence it came, fans will probably want to upgrade to the Blu-ray. The two-disc set boasts a newly restored copy of the film — now in widescreen with 5.1 surround sound — and optional commentary, plus a ton of new celebrity interviews with Graham Nash, Steve Martin (who, incidentally, also appears in the Ricky Jay doc), Jewel, Mike Nichols, Tom Hanks and Conan O’Brien.

t The formula for this movie’s success, if you’ll pardon the pun, is abundantly evident in another movie: Ron Howard’s Formula One racing movie, Rush. Not only is that movie based on (and quite faithful to) the true story told by Hunt vs. Lauda: F1’s Greatest Racing Rivals, but it’s also cast impeccably. Taking place in the swinging ’70s, Rush follows two speed racers: one a playboy, the other playing it safe. Chris Hemsworth’s hedonistic London-lad good looks — complete with blond hair in a shag (so to speak) and blue eyes mischievous enough to evaporate women’s underwear in a glance — make him picture-perfect as James Hunt. His counterpart is Niki Lauda, who’s Austrian, straitlaced, stone-faced and far more interested in wheels than in women. He’s played flawlessly by Daniel Brühl, who manages to bring a human heart to the racer’s frostily reserved exterior.

t The perfection of Howard’s hit film is brought to the finish line that much more powerfully when you view the documentary Hunt vs. Lauda. Filled with extreme racing footage, unflinching looks at fiery car wrecks that nearly cost the racers their lives and brand-new interviews with Lauda, Ferrari manager Daniele Audetto and many other contemporaries on the scene — this is a high-octane hour you can’t miss.

2 hrs ago
by Leah Melby Clinton