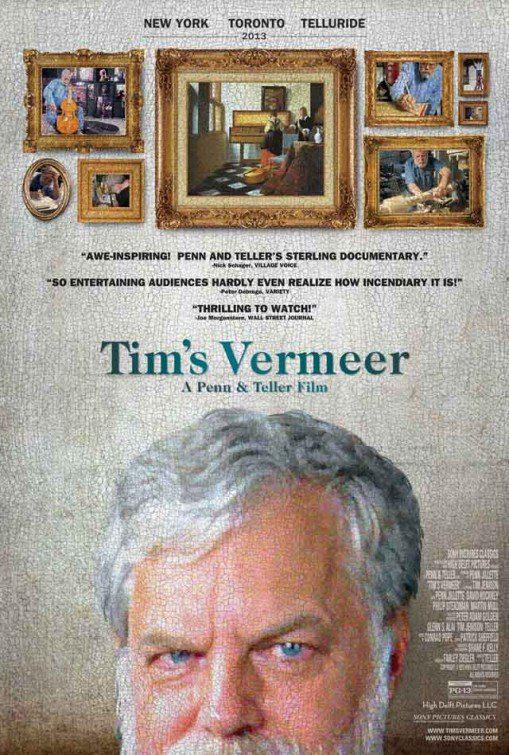 t Like a combination of the Penn & Teller: Bulls***! TV series and an extended episode of MythBusters as presented by an alternate History Channel comes Tim’s Vermeer, a truly fascinating 80-minute documentary film that’s a study not only of the craft and technique of painting but also of the tenacity of the inquisitive human mind.

t In spite of the relatively recent advent of CGI, Photoshop, vector drawings and the like, technology and art have historically been like oil and water. But obsessive inventor Tim Jenison (who is famous for DigiView, Video Toaster and TriCaster, among many other inventions and innovations) decided that 17th century Dutch painter Johannes Vermeer could only have achieved such photographic realism in his work by cheating — using a camera obscura, lenses or some other sort of mathematical mojo.

t While the word “cheat” has bad connotations, the filmmakers and Jenison successfully posit questions worth pondering: Is the genius of Vermeer’s work reduced in any way if he didn’t paint freehand? And what if anyone could paint as beautifully as Vermeer, given the right tools? And why are we so divisive about demystifying the means to an end?

t Were I to unravel the mystery in this review, I would spoil the fun of seeing the movie — and I strongly suggest you see it. It’s sure to please inquiring minds of both left- and right-brained nature.