A review of the magical new Disney film on the making of Mary Poppins. 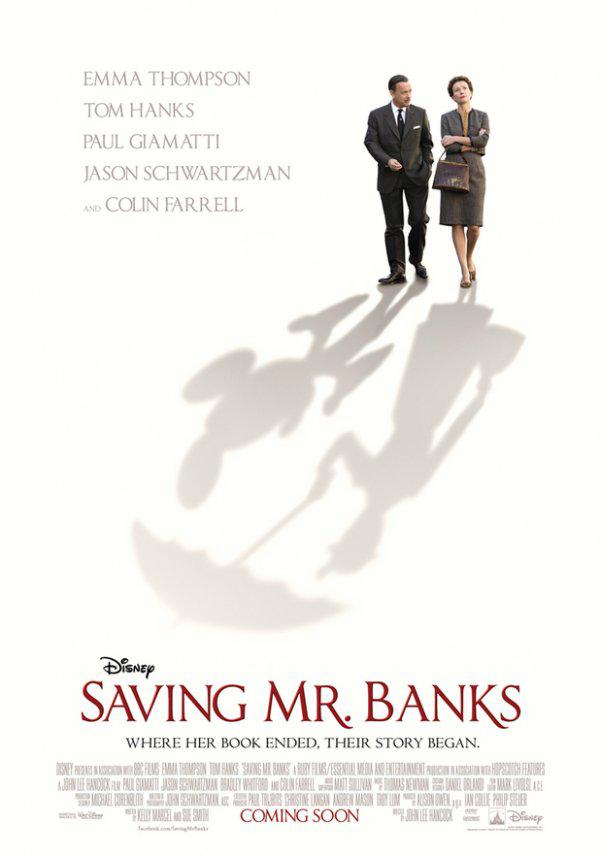 t That is one of her demands before she will even consider selling the film rights to her precious novel. Strapped for cash or not, she’s going to make sure everything is exactly to her liking — and there’s not much she likes.

t “But it takes place in London,” Disney blusters, blinking in disbelief. “No red at all? There’s buses, telephone booths, guard’s uniforms…”

t Travers just gives him a “That’s your problem” look and continues on with her list of stringent demands. And so it goes.

t While the story of legends at loggerheads does begin to wear thin as the show goes on, the film is interspersed with flashbacks explaining exactly why the Mary Poppins story is so dear to Travers and why she’s so afraid of spoiling its purity. You see, it’s based on memories of her own turbulent, troubled childhood and especially of her beloved, beleaguered father — the eponymous “Mr. Banks” (Colin Farrell).

t A Disneyesque movie that’s actually about Disney is a tough task to pull off — it’s got the heartstring-tugging story, real-life roots, characters to root for and a ’60s-style sweetness to it — but it falls just short of classic status. It’s mainly worth watching for its impeccable performances — Paul Giamatti, B.J. Novak, Jason Schwartzman and Bradley Whitford are especially fantastic — and its whimsical La-La Land setting.

t Peerless performances matched with solid cinematography, a stirring score and especially dishy dialogue make Saving Mr. Banks a solid biopic. It’s just the running time and unavoidable predictability that bring it down a notch. Even so, those like myself (who haven’t read the book and may have only the haziest childhood recollections of the movie Mary Poppins) should consider it a spoonful of sugar with just a touch of medicine.