Iranian women are speaking out against the oppressive rule of the Iranian government by posting photos of themselves — without their hijabs — in a new Facebook group. 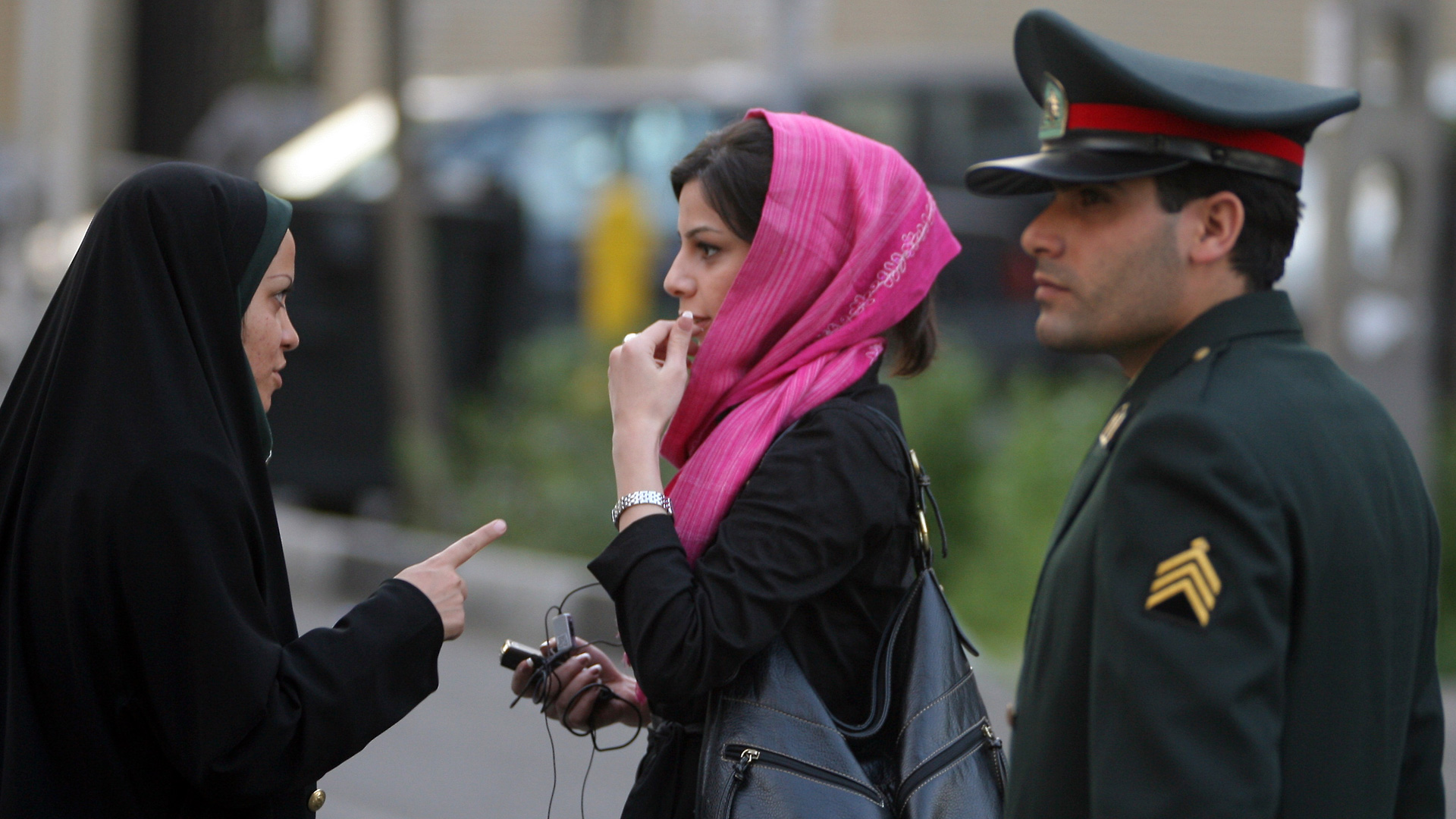 An Iranian policewoman (L) warns a woman about her clothing and hair during a crackdown to enforce Islamic dress code on April 22, 2007, in Tehran, Iran. (Photo credit: Majid Saeedi/Getty Images)

For the past 35 years, Iranian women have been subjected to strict laws that govern nearly every aspect of their lives, including what they can and cannot wear. The main edict states that women must wear a veil over the heads — known as a hijab — at all times.

Iranian women are risking punishment by posting photos of themselves without scarves in public places on a medium that’s also illegal to access in the Middle Eastern country: Facebook.

London-based journalist Masij Alinejad launched the Facebook page “Stealthy Freedom of Iranian Women” on May 3 and attracted over 150,000 likes in the first 10 days. Now, over 528,000 people have liked the page that shows Iranian women asserting their independence over the oppressive law.

“For 30 years I wore hijab in front of my dad. It took time for me to be able to come out and tell people I prefer to have no hijab, that I want to be myself,” Alinejad, who emigrated to the U.K. in 2009, told the Guardian of why she felt inspired to start the page.

The reasons why women decide to post their photos are as diverse as the women themselves.

“Taking the scarf off is not just a stealthy thing I do. It is more of an objection to what I’ve been forced to wear. Hoping for the day our freedoms won’t be stealth any more,” one woman wrote.

“Since I was a kid whenever we went on a trip to another country my sister and I would get so excited as they admonished my mom or even us for not wearing socks at the airport entrance in Iran; because we surely knew that just as the plane would land in the other country my mom would take her scarf off saying ‘What a relieeeef…’. and this was the best part of the trips [sic].”

“I’ve begun to be more concerned about my rights ever since this matter started to be talked about openly like this. I’ve grown much more courageous.”

“When I showed my (German) fiancé our beautiful Iran and I showed him that we have any Kind of freedom in Iran but in secret.”

“I have no intention whatsoever to encourage people to defy the forced hijab or stand up against it,” Alinejad added to the Guardian of her reason for starting the page. “I just want to give voice to thousands and thousands of Iranian women who think they have no platform to have their say.”

Should you be getting paid “menstrual leave?”
Sex worker experiences questionable discrimination
Young woman films her abortion to change the stigma