Perhaps one of the biggest benefits of living in an unconventional structure — such as an old church — is knowing that you helped to preserve a piece of history and give it a new life. This home proves that when it comes to housing, it may be better to think outside the box.

Foster Dale, a Chicago-based architect, has a knack for turning unconventional structures into homes for modern families. Dale prides himself on sustainable design, and nothing is more sustainable than turning a building that may otherwise be torn down into a home that a family can enjoy for years to come. We asked him to share one of his renovations with us — an old church, built in 1904, that he transformed into a dream home for a young family.

Unlike your average home, designing a space for a modern family in a building filled with large windows, high ceilings and vast spaces means you really have to get creative. “The challenges faced in converting unconventional structures to a residential use often involve creating a residential scale while maintaining the original character, the memory, of the unconventional structure or space,” Dale said.

Transforming an old building into a home doesn’t just preserve the building itself, it preserves the history of the entire neighborhood. “This allows the residents and the community to interact with the past. We think that this makes a community richer and a better place to live,” Dale said. In addition, it prevents a ton of material from ending up in a landfill and drastically reduces the carbon footprint that would typically be involved in building an entirely new structure. 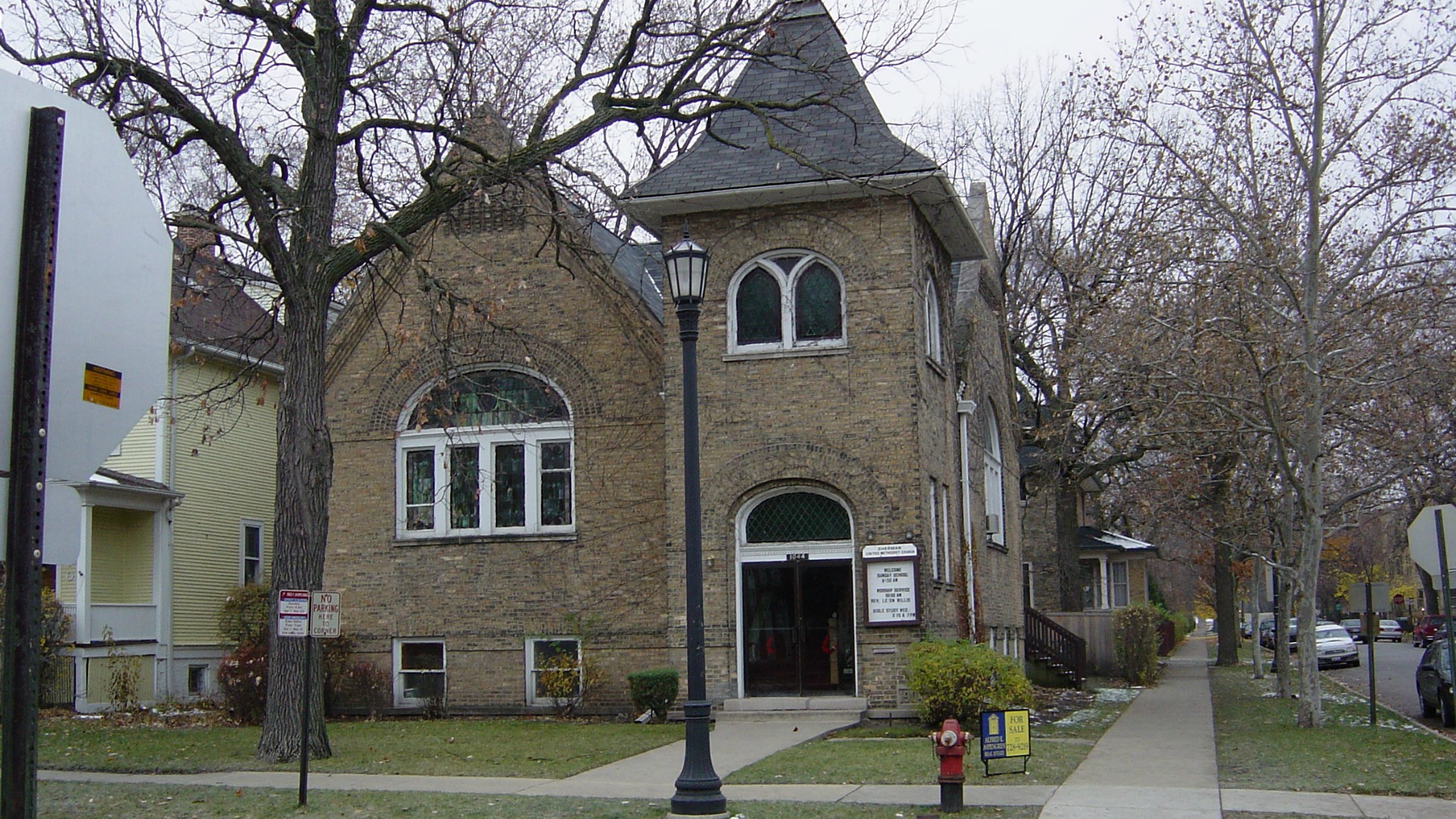 The goal of the design was to create a functional space for the family while still preserving the original character of the church building. What used to be the sanctuary became the kitchen, breakfast room, living room and dining room. To take advantage of the high ceilings and maximize the light, two loft-like spaces were created for the master bedroom and office. The loft spaces, which are reminiscent of old choir lofts, honor the former glory of the old church while providing a modern, architectural element to the home. Classic and original elements, like the wood beams and the shape of the windows, create a juxtaposition with the modern elements, like the spiral staircase and steel beams. 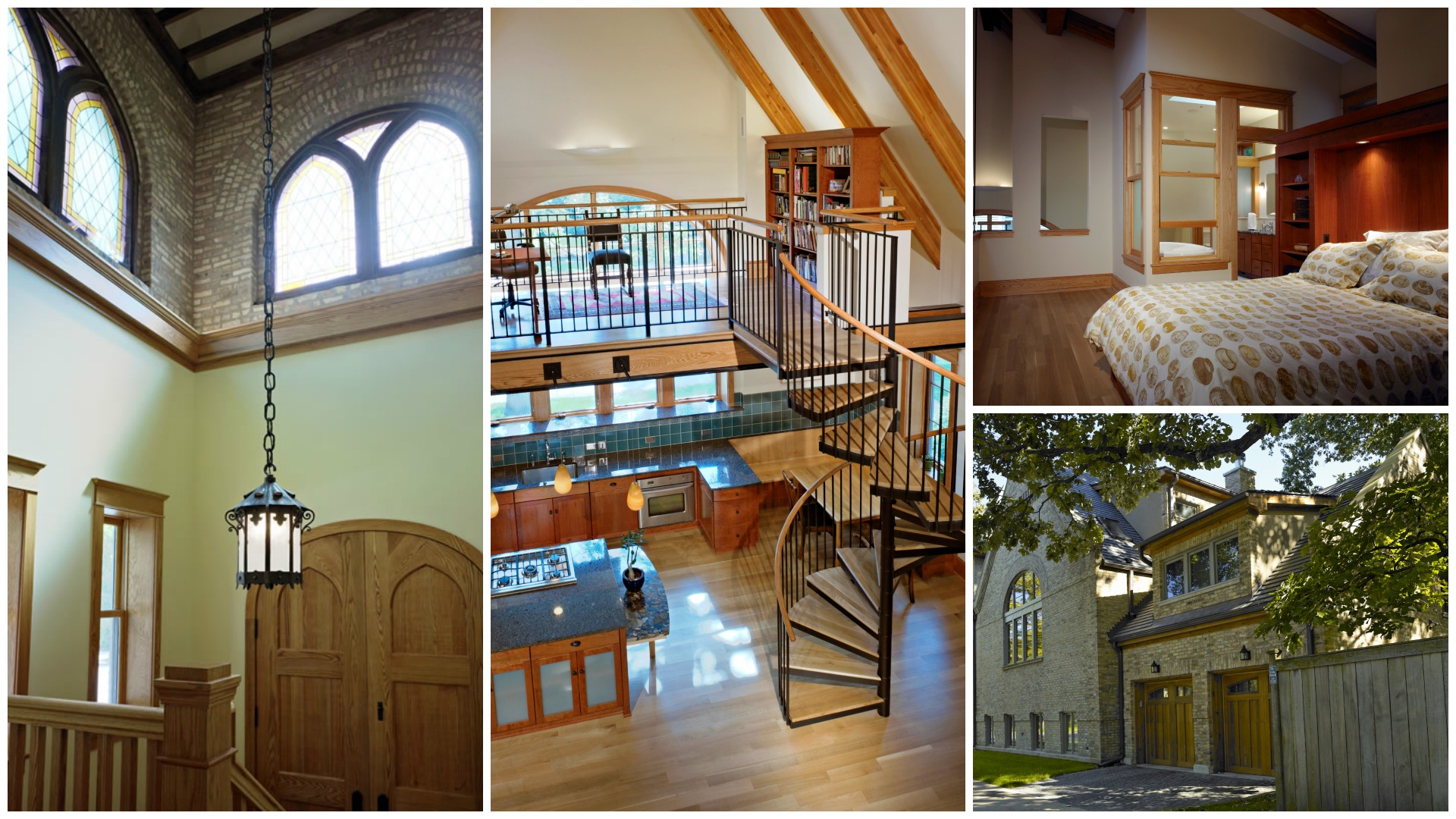 The design plans were created in an effort to respect the original exterior structure, so the goal was to make sure that none of the windows were compromised. “We ‘floated’ the study, the master bedroom loft and the new steel stair away from the large windows to respect the integrity and the strength of the large window openings. These new elements are inside of the existing ‘box’ of the building, but they only touch the outside walls in a very respectful and restrained way,” Dale explained. 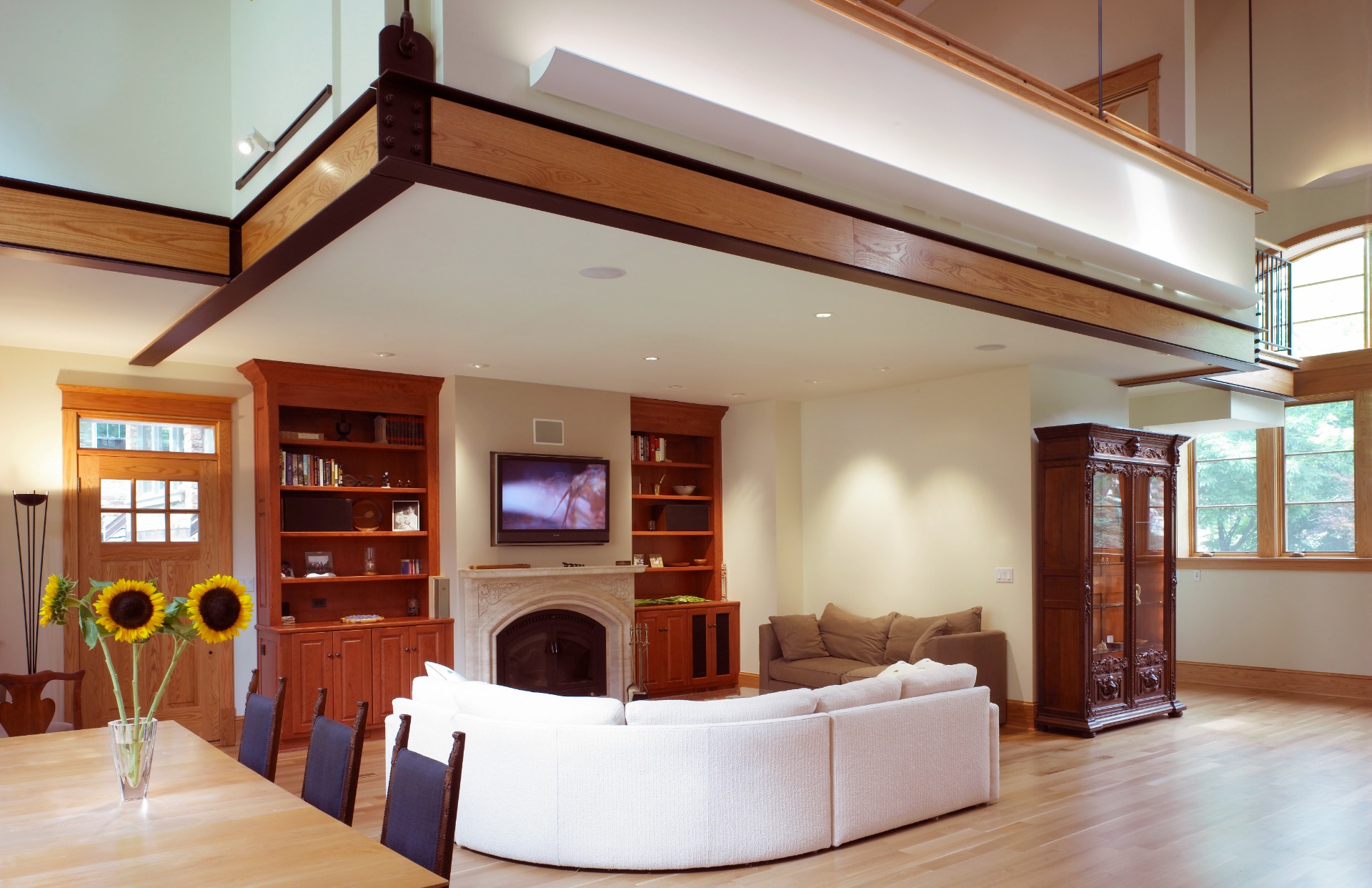 The church tower now serves as the home’s entry. The original attic was removed and the brick was exposed to create a grand entrance that encapsulates the history of the church building. While much of the original stained glass couldn’t be preserved, the original character was preserved by carefully selecting replacement windows that were congruent with the original look. A garage was added at the rear of the building, but they were able to use the same brick as the original structure so that it would not appear to be an addition. 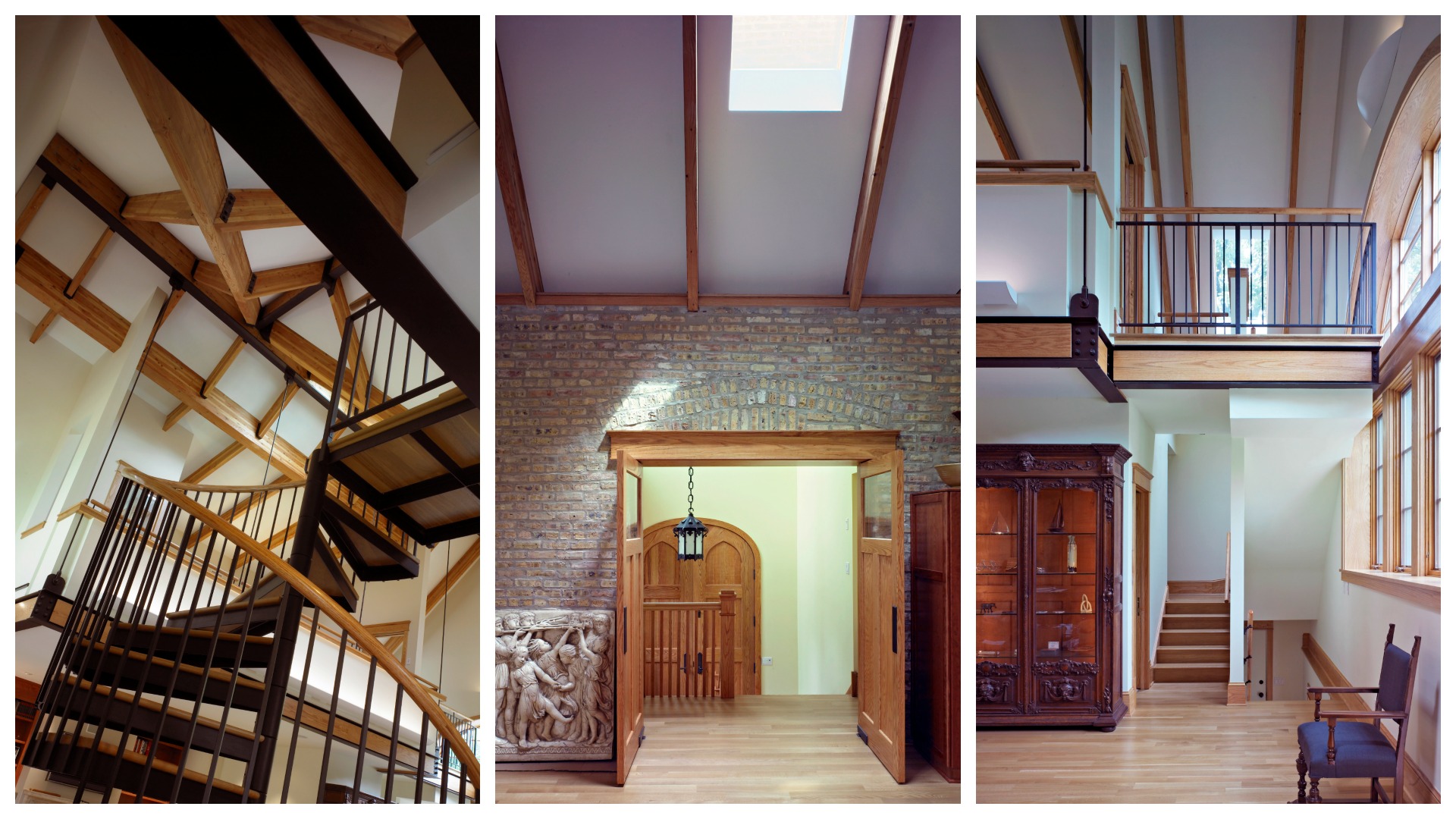 The end result is the perfect blend of old and new, giving the family a dream home filled with history. “We like to think about the design process for this kind of renovation, the creation of the architectural story, as being a conversation between three parties. These three parties are the needs of the clients, the opportunities that the existing building provides and the ideas that we, as the architects, have been exploring, sometimes for years. The joy that a client shows when this conversation results in a great architectural story, in their new and wonderful home, is the best part and why we love to transform an unconventional space into a functional home,” Dale said.

Slides, swings and other things we wish were in our homes
The kitchen renovation guide
5 Old design styles that are coming back strong