Forget blow-dryers! Beyoncé’s been sporting the wet hair look everywhere from the Grammys to the cover of T Magazine. It’s about time she got on my level… I’ve been the queen of wet hair since 1982. 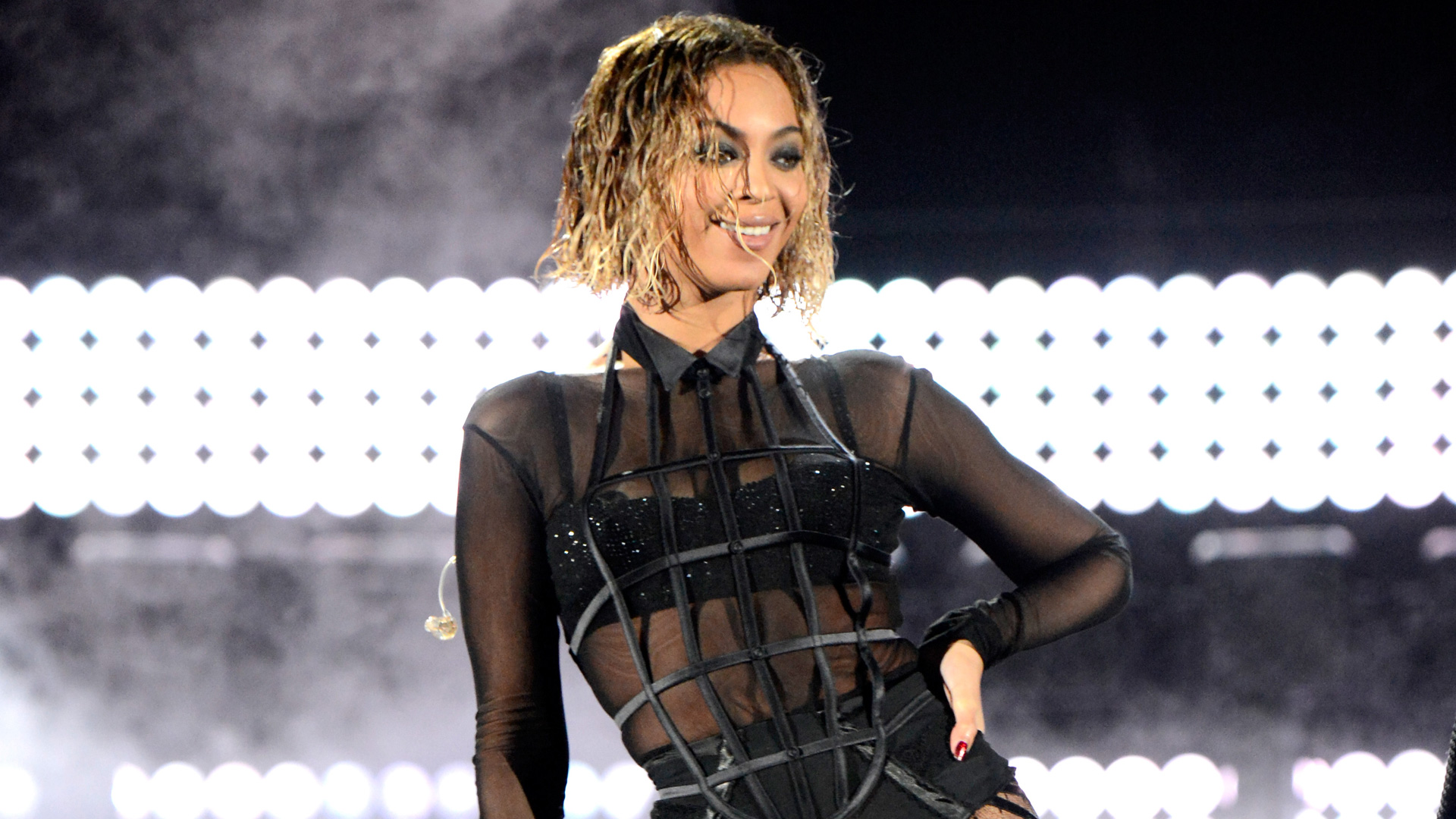 Wet hair is having a moment, thanks to one very famous supporter: Beyoncé.

Blue Ivy’s mom has been sporting towel-dried strands everywhere this year. First, she stepped on stage at the Grammys for a sexy performance of “Drunk in Love,” then she appeared on the cover of The New York Times’ T Magazine earlier this month with a “hey-I-just-hopped-outta-the-shower” wob (wet bob).

And it’s all the rage on the runway and editorial shoots, too.

“It’s really an edgy, downtown, sexy look,” hair guru Patrick Melville told the New York Daily News in March. “It’s kind of one of those things you would wear to a cool party, or out to a club, or if you’re going dancing. You wouldn’t want to go to the office party looking like that.”

Hmm… I beg to differ.

You see, I’ve basically been a wet hairstyle connoisseur, if you will, since, well, forever. I have seriously curly hair and a lazy streak, meaning I don’t have the desire to straighten my hair every day. Blow-drying with a diffuser? Sure, if I want a head full of fuzz. Instead, I’ve opted to go wet and let my hair do its own thing. I’ve worn my wet style everywhere from job interviews to weddings… and no one has said a word.

The secret? I make sure to give my hair enough time to at least sort of air dry — sopping-wet strands aren’t OK anywhere, period. I simply towel dry, add some Moroccanoil and gel and let Mother Nature do her thing for the next couple of hours until it completely dries. Sometimes it looks amazing, and other times it looks like I’ve dropped an atom bomb on it.

But that’s the risk I take to get the kind of curls I crave. Regardless, it’s fuss-free and I get plenty of compliments.

Of course, this look probably won’t fly if you work in a conservative, ultra-corporate environment. But if you want to achieve the look, all you need to do is follow my advice, or get a few tips from the pros, like Pasquale Caselle, hairstylist and international creative director for IT&LY Hairfashion. Bonus: You can use these tips on dry hair to mimic a sexy, wet style.

“The best way to get the wet hair look is to use 2 Phase Hydra Shine from IT&LY Hairfashion on damp hair, totally saturate the hair so that it has a wet look,” he tells SheKnows.

“Then create a mixture of IT&LY’s Pure Fluid Experience, Thermoflat and Pure Water Drops — equal parts and apply evenly into the hair, work it through. Then on low heat blow dry the hair upside down while scrunching it to get a beachy wave look.”

Spritz on some sea salt spray or use IT&LY’s Pure Texture followed by some blow-drying.

“Using the blow-dryer a bit more while scrunching the hair on low heat sets the waves,” Caselle adds. “Finish the look off with IT&LY’s Pure Eco Spray to set everything.”