Another night, another style-filled red carpet event to ogle over. Our latest cause for style inspiration? Last night’s Glamour Women of the Year Awards in London. We spotted many of our fave trendsetters and some new faces alike on the red carpet, but these are the lucky ladies who made our top 12. 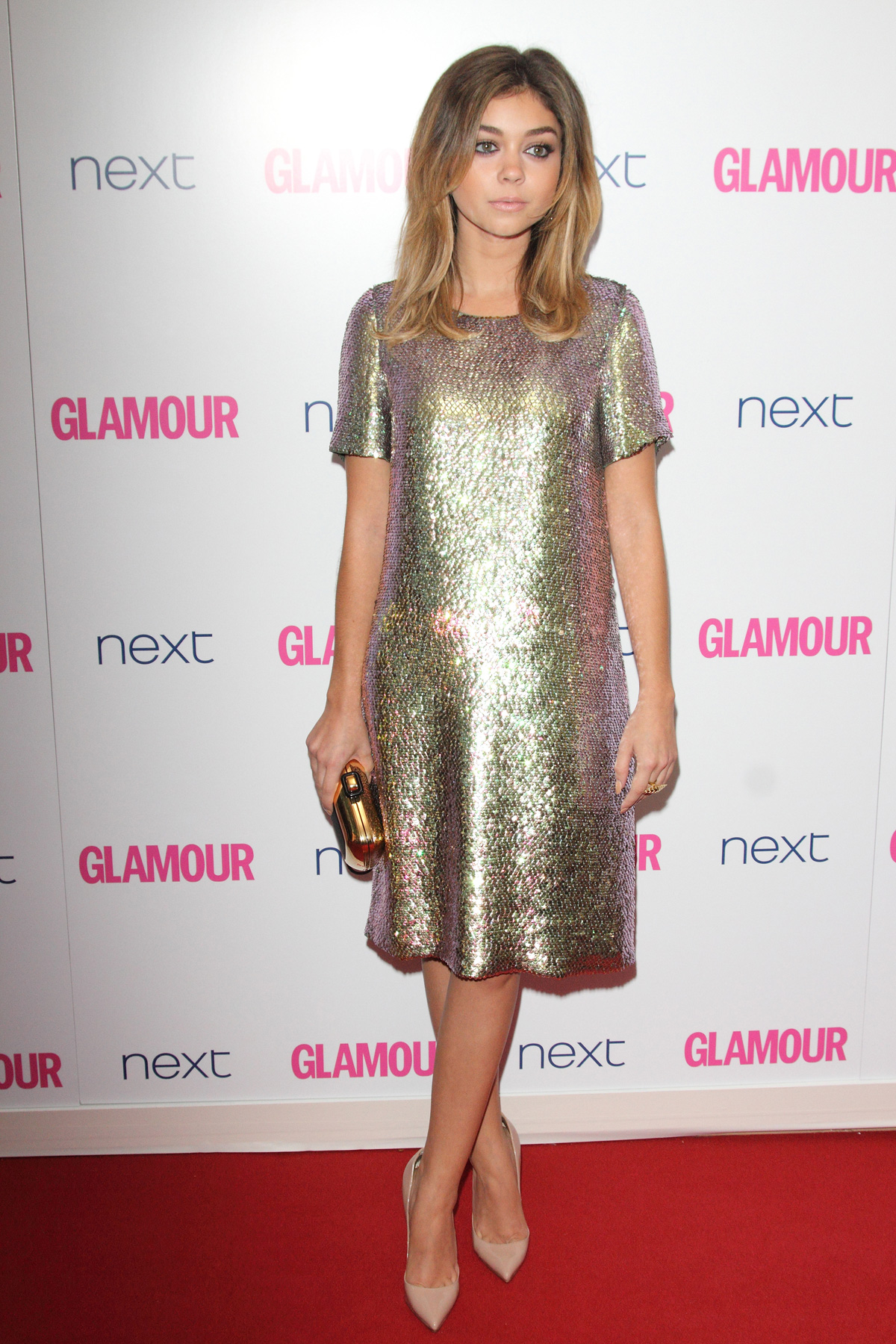 Modern Family star Sarah Hyland was a vision of metallic perfection in a loose-fitting, sparkling short-sleeve gold dress that hit just below the knees.

Did you know? Guess it’s true that stylish ladies travel in packs. Sarah is close friends with another one of our style idols, Taylor Swift. 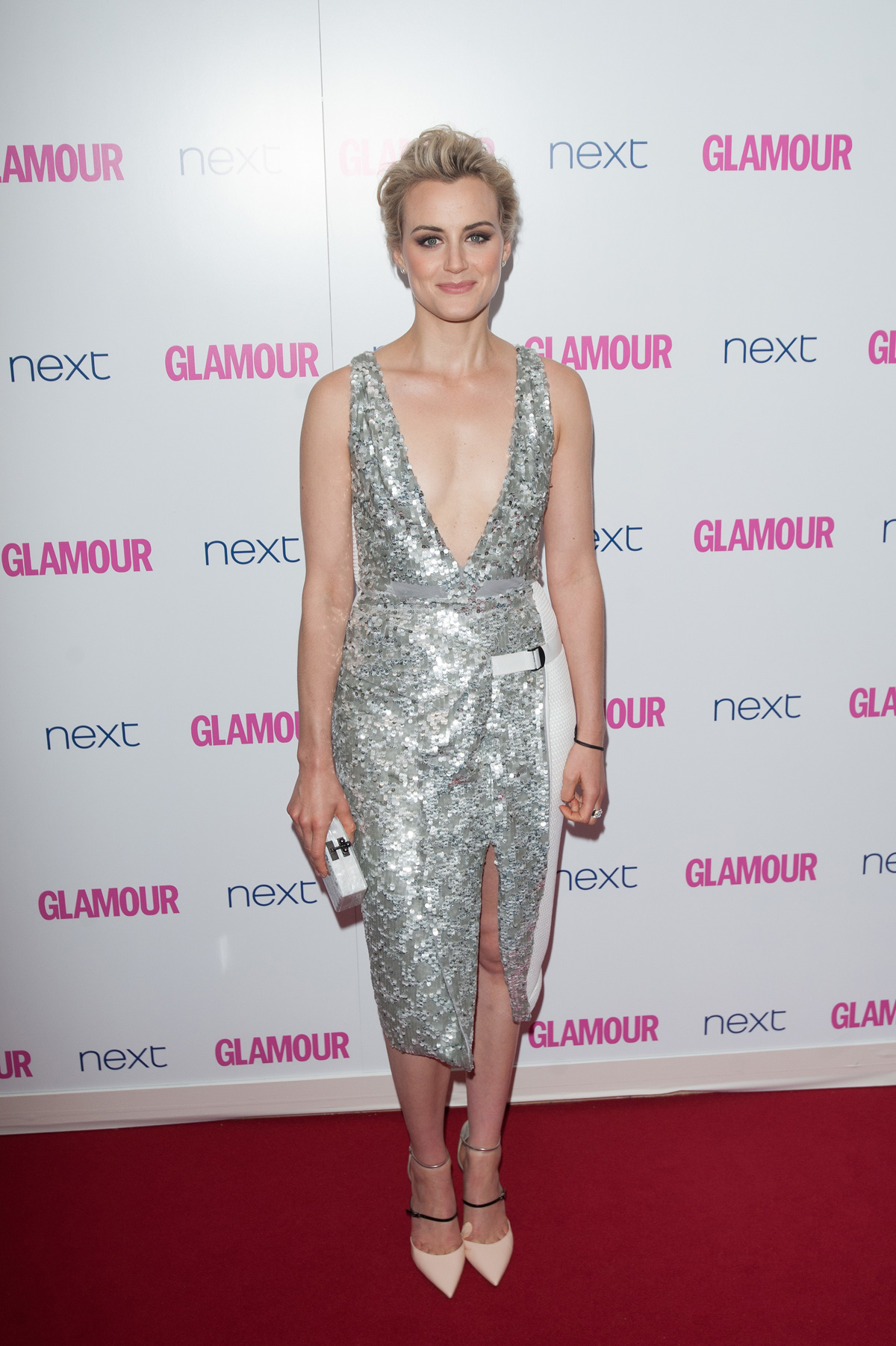 Orange may be the new black on her hit TV series, but Taylor Schilling looks even more sexy in a plunging, sparkly silver midi gown paired with a matching clutch and pointy pumps.

Did you know? Before starting Orange is the New Black, Taylor was lucky enough to star in The Lucky One with hottie Zac Efron. 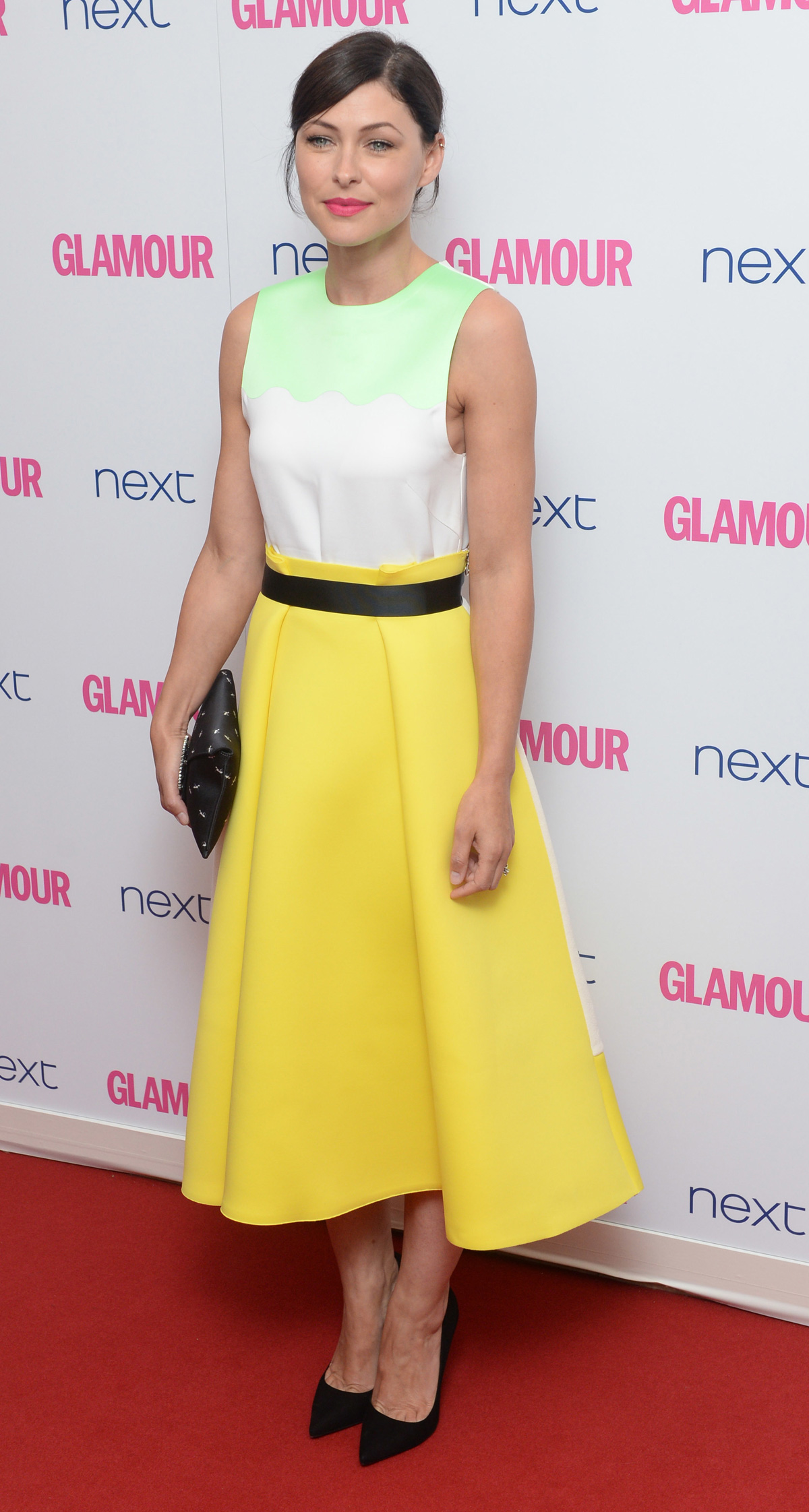 Before last night, we’d never heard of Emma Willis, but the stunning dress she wore on the red carpet sure changed that. The full yellow skirt, the creative colorblocking and the illusion scalloped detail combined to create a purely perfect garment.

Did you know? Emma is a British television presenter and former model. 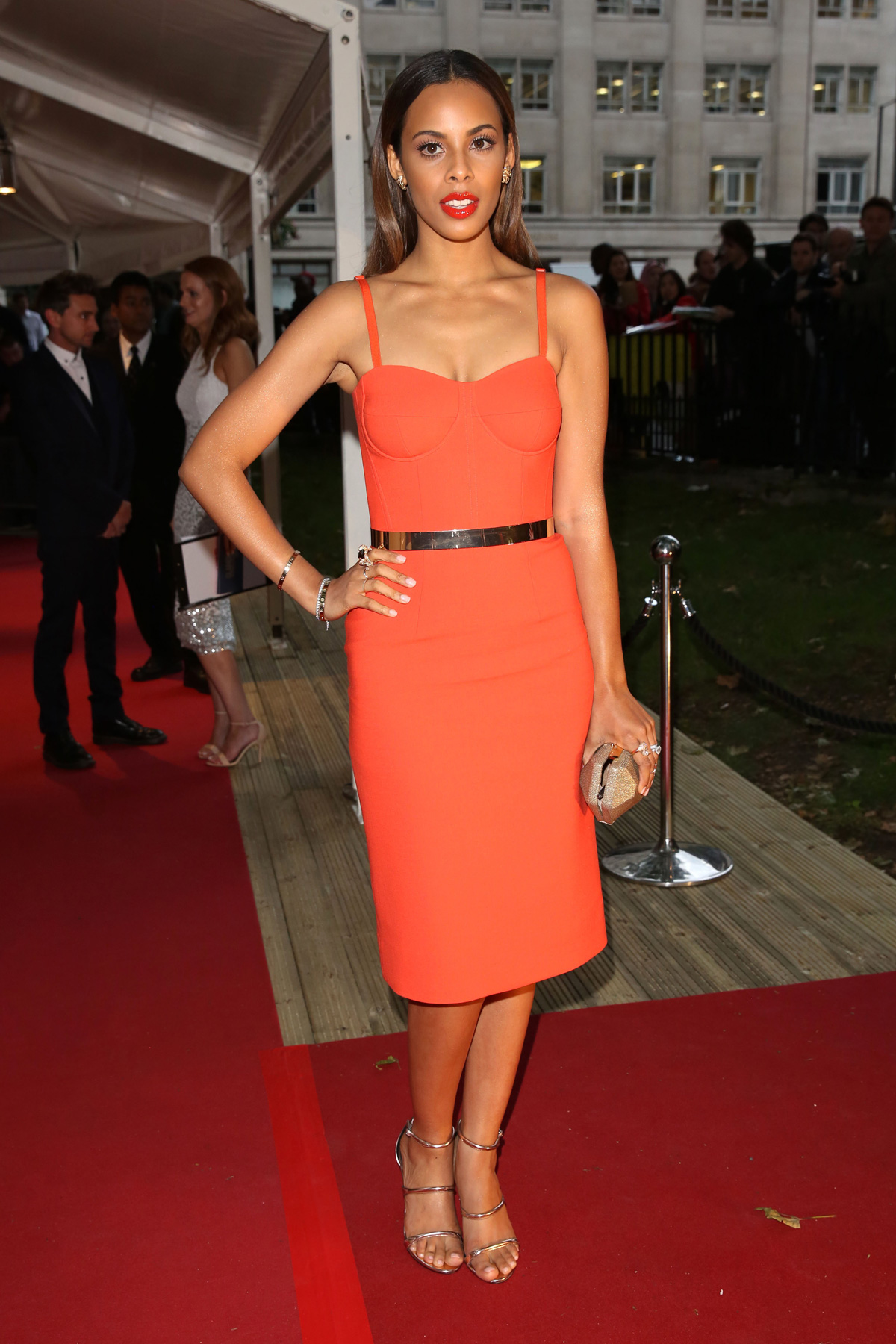 If you watched the E! reality series about British band The Saturdays, you likely recognize Rochelle Humes. The stylish singer hit the Glamour Women of the Year Awards in a curve-hugging orange bustier dress with a gold metallic belt and matching sandals last night.

Did you know? Singing runs in the family. Rochelle’s hot hubby Marvin was a member of British boy band JLS. 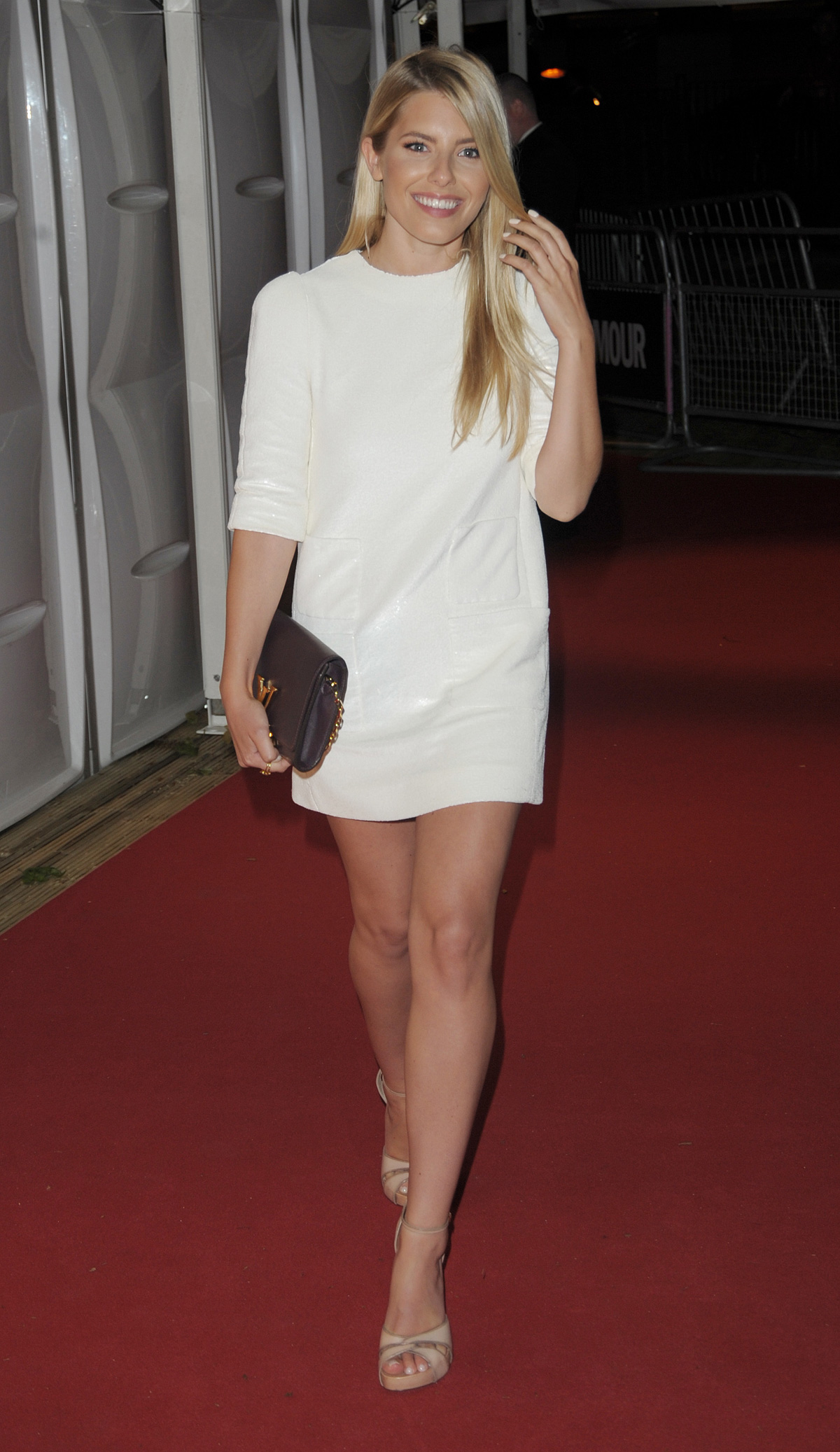 Rochelle’s fellow member of The Saturdays, Mollie King, accompanied her gal pal to the ceremony and turned heads on the red carpet in a white three-quarter sleeve minidress and complementary beige sandals.

Did you know? Mollie blogs for the British version of InStyle. 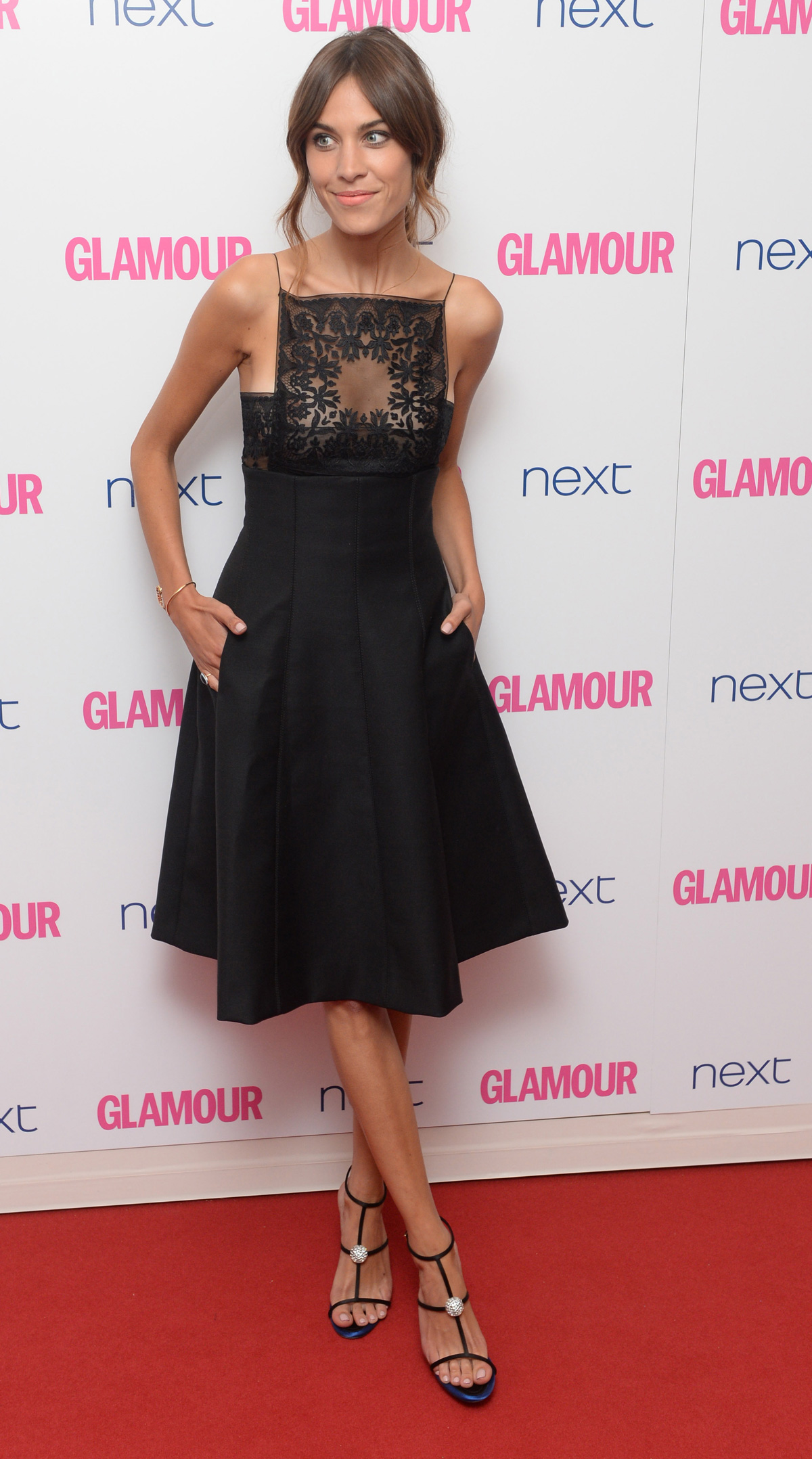 Alexa Chung never ceases to amaze us with her evolving style. The trendsetter, who recently announced a partnership with Nails Inc., managed to look flirty and sexy last night in her one-of-a-kind LBD featuring a full skirt and lacy, boxy neckline.

Did you know? Alexa took home the Glamour Women of the Year Entrepreneur Award at last night’s ceremony. 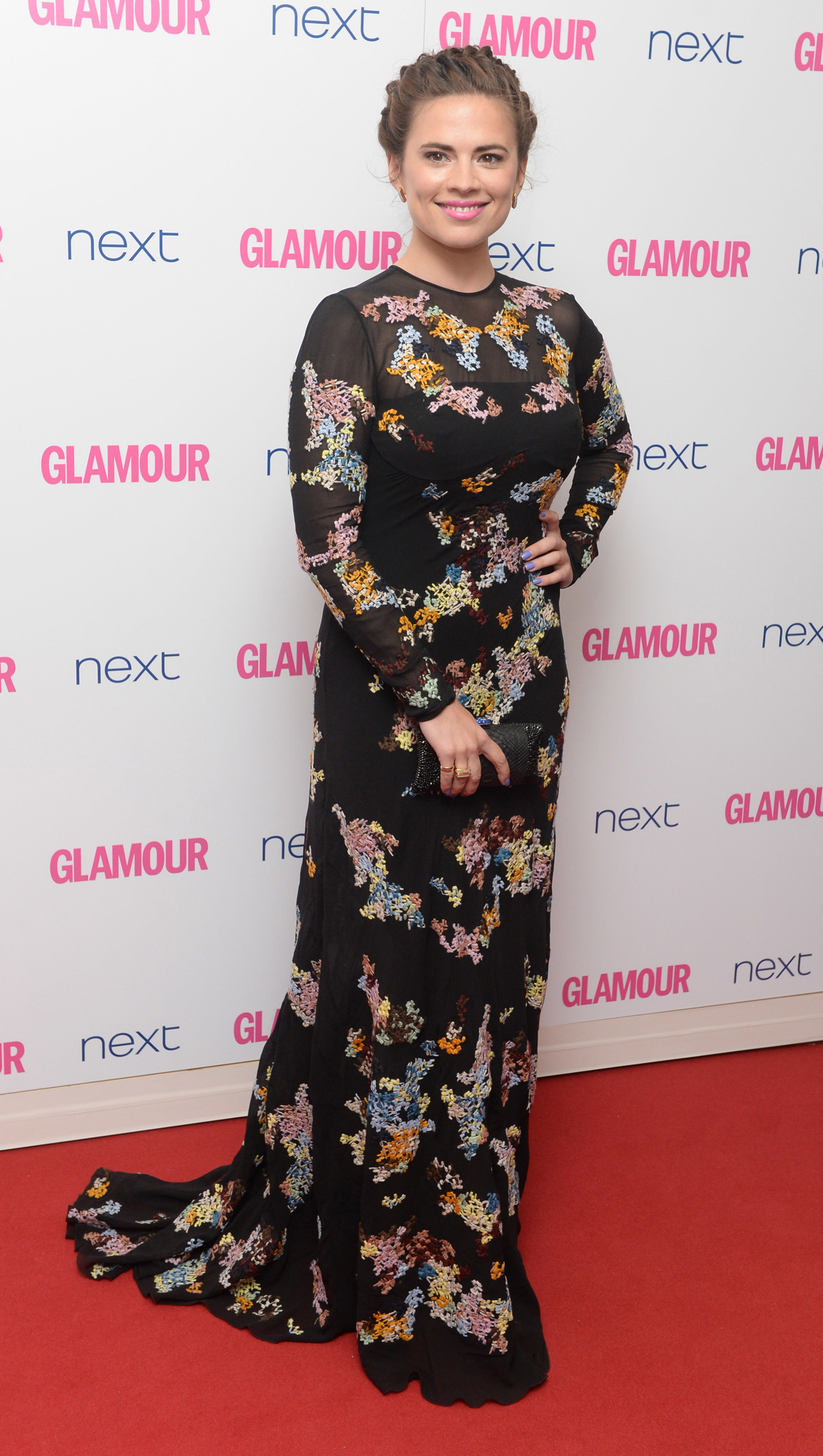 Who knew covering up could look so sexy? Hayley Atwell oozed sex appeal in her patterned black long-sleeve gown and pretty slicked back ‘do. A pretty pink pout added an extra touch of feminine sass.

Did you know? Hayley Atwell plays Peggy Carter in the Captain America series. 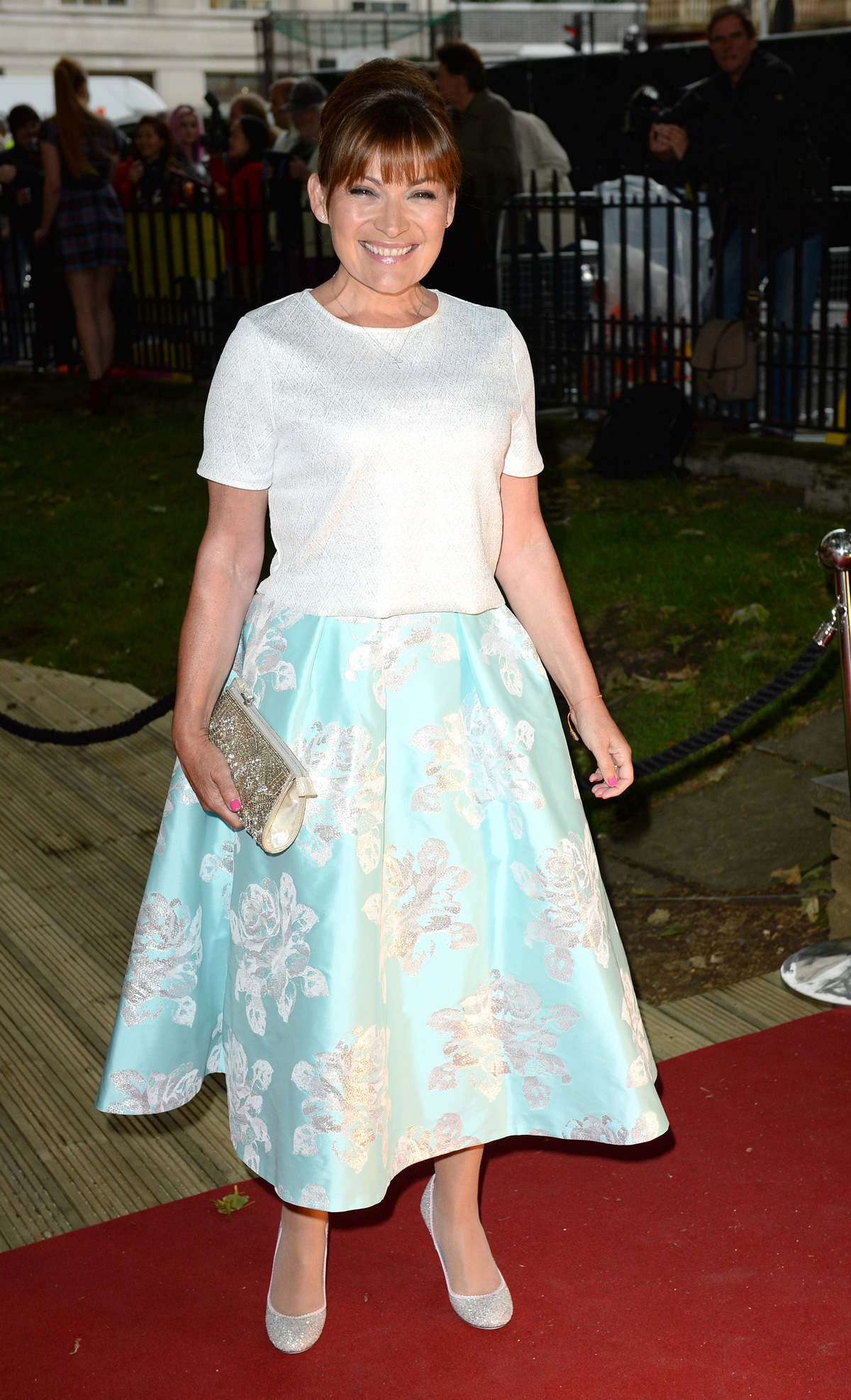 The 54-year-old gave the younger crew a run for their money at last night’s ceremony in her sophisticated yet fashion-forward white top and pretty blue floral print midi skirt combo.

Did you know? Lorraine is a well-known Scottish television presenter, journalist and actress. 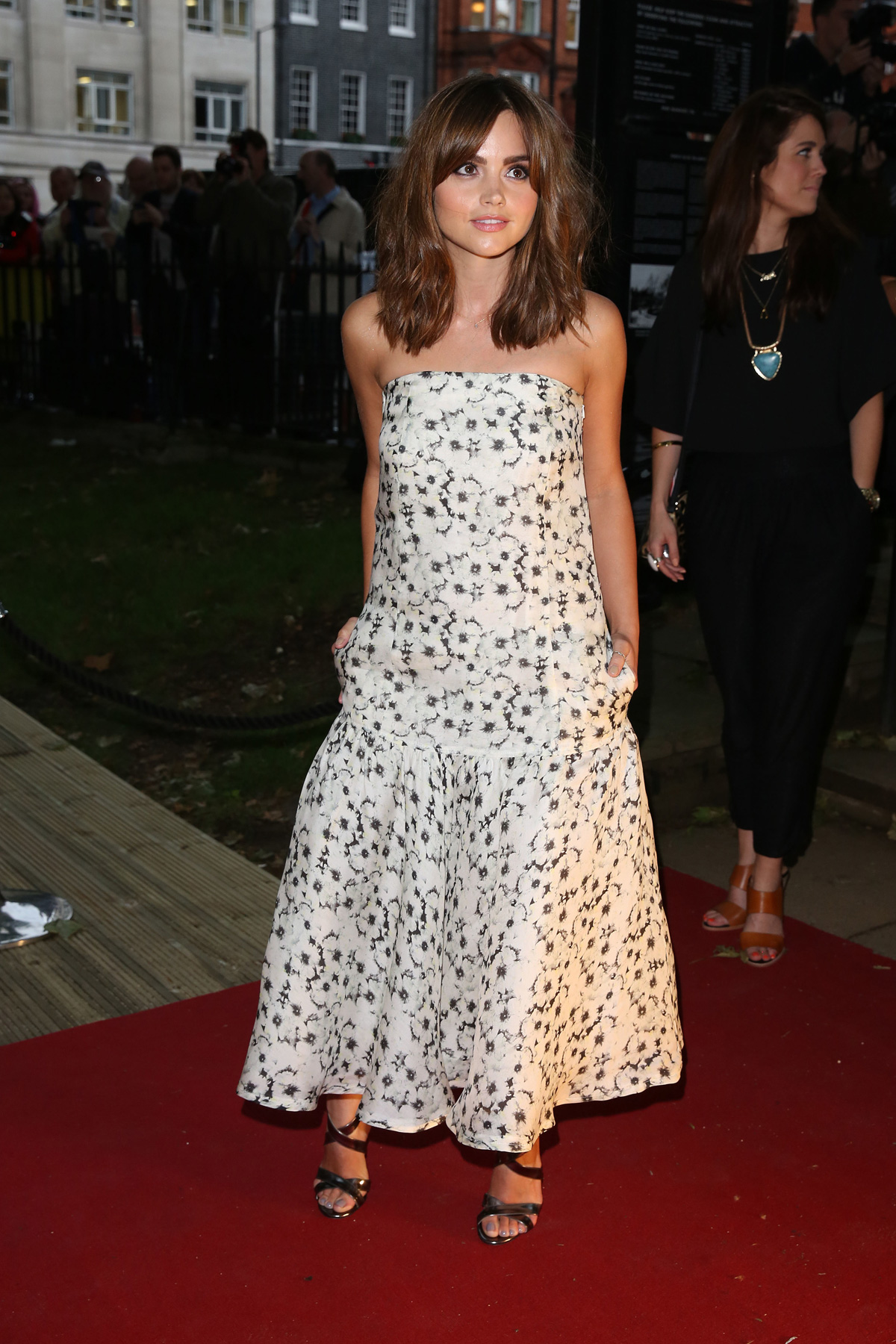 Pretty prints were huge on the red carpet last night, and no one did the trend justice better than Jenna Coleman in her loose strapless gown. The thing that really pulled this look together? Her enviable, touchable waves.

Did you know? Jenna won the UK TV Actress of the Year award last night. 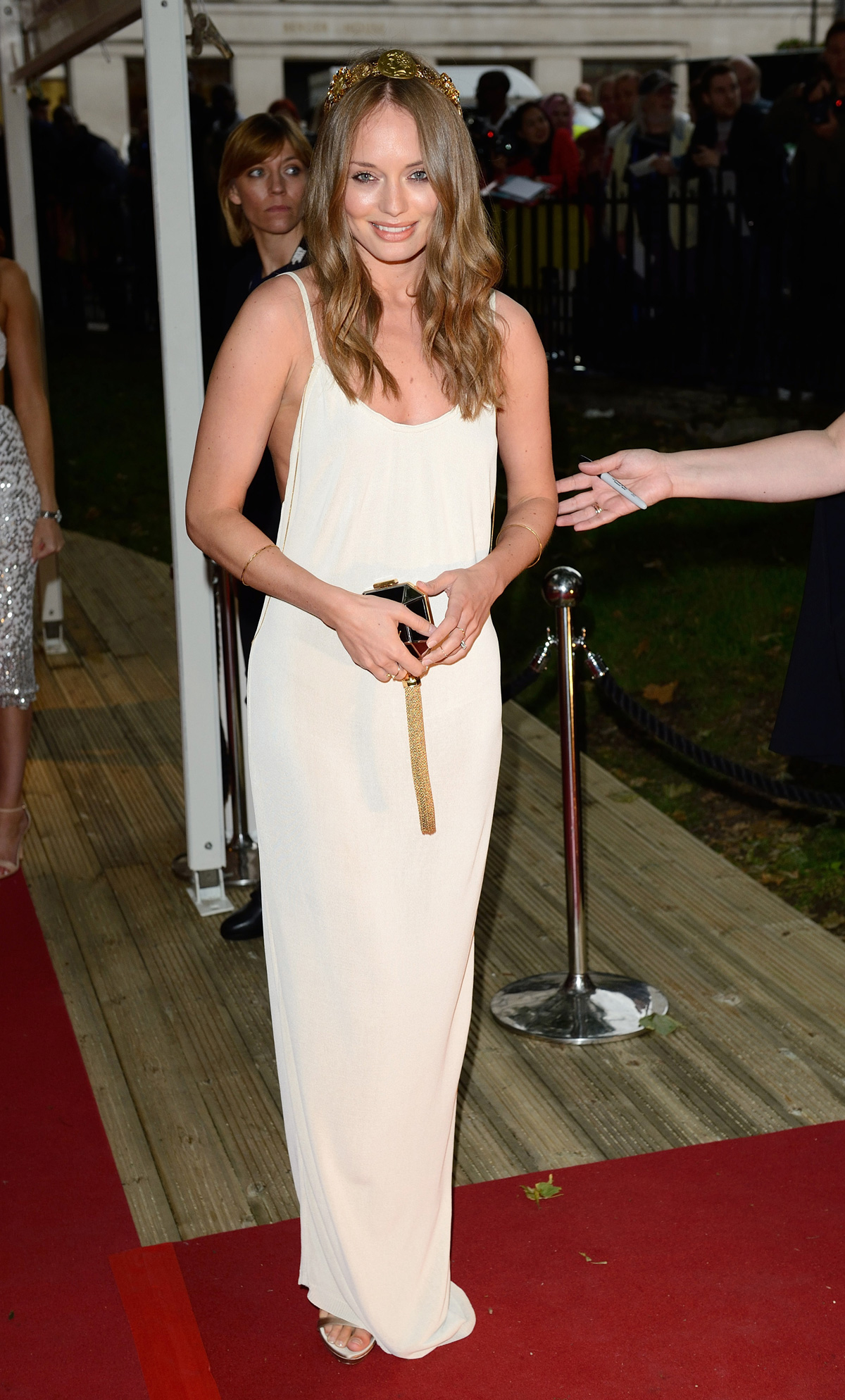 Laura epitomized easy, breezy summer style in a boho-chic cream maxi dress featuring a plunging back. No-fuss sandals, beachy waves and a chic hair accessory pulled her approachable look together in the best of ways. 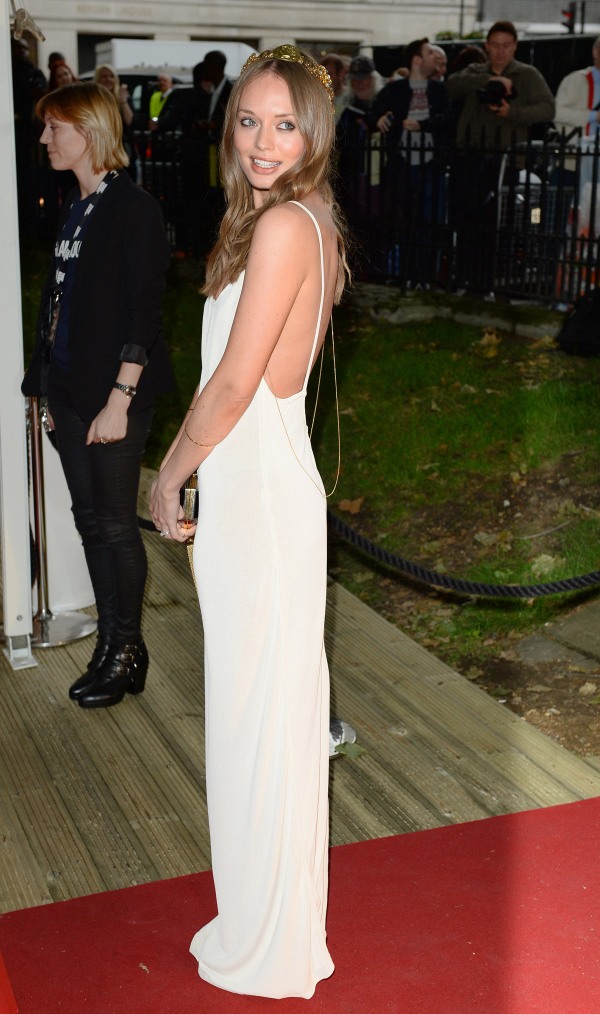 Did you know? Recognize Laura? That’s because she gained loads of attention for her role in Captain America: The First Avenger. 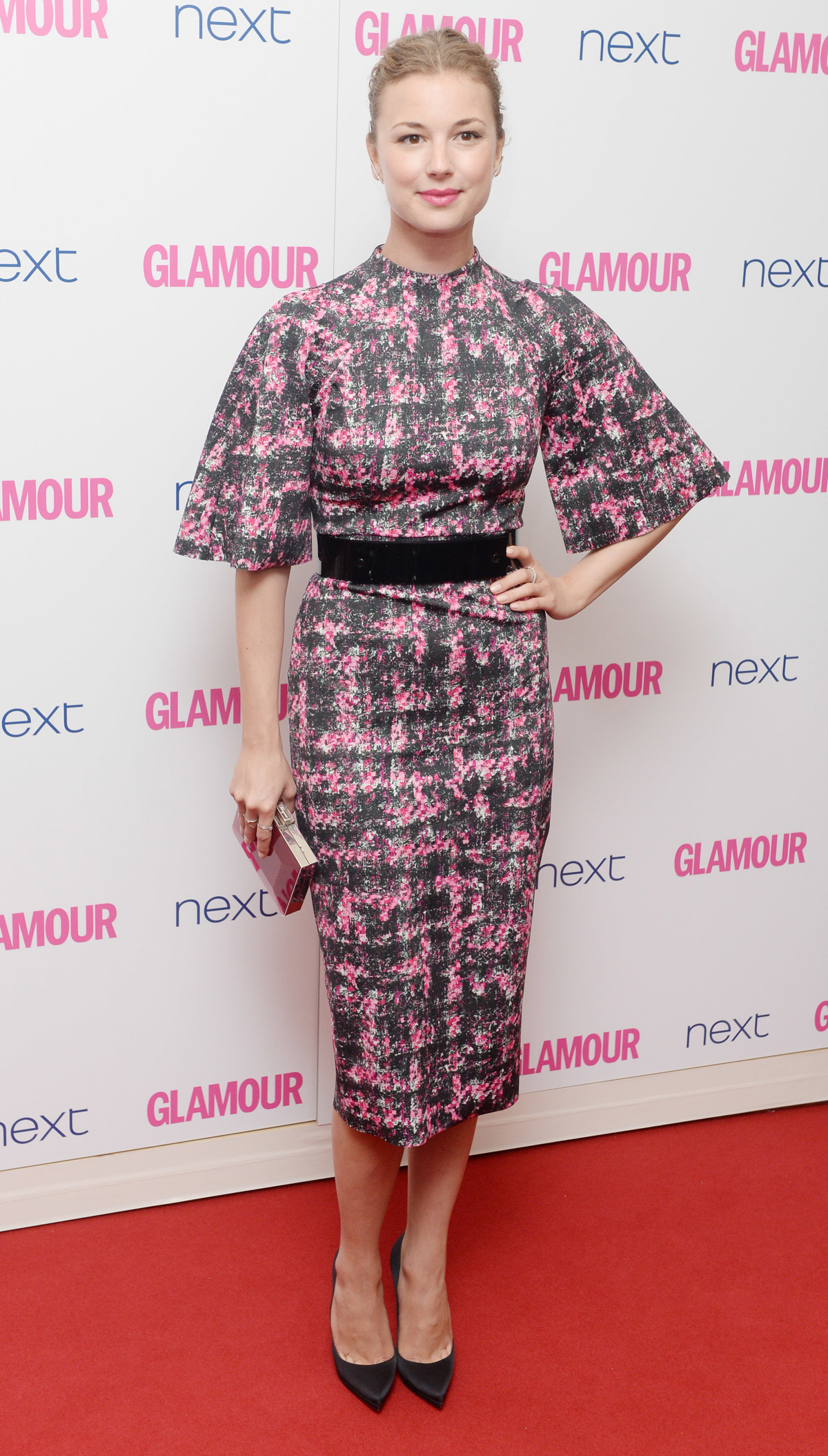 It takes a gutsy gal to attempt a kimono-style dress, but Emily VanCamp seemed up for the challenge. And we’re glad she was, because she totally pulled off this pretty patterned number. So chic.

Did you know? Before starring in ABC’s hit Revenge, Emily won us over in her role in the WB series Everwood. 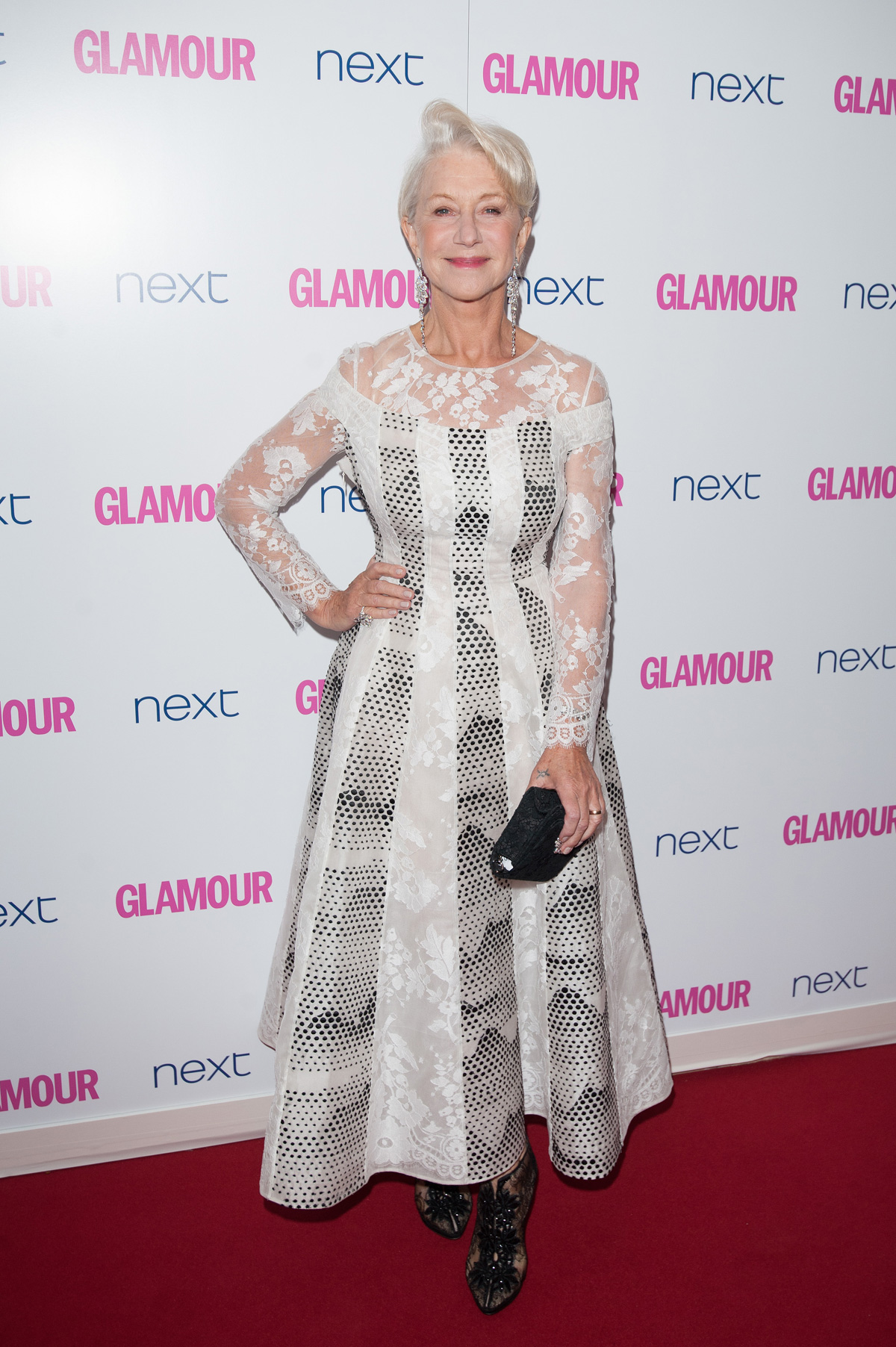 Helen Mirren can do no wrong. Seriously, the dame is so chic and down to earth, it seems she can pull off any style, even this daring LWD with loads of detailing and edgy black booties.

Did you know? Helen appeared in an episode of Glee in 2012.