While most people are content to cuddle up with a kitten or play fetch with a puppy, some celebs opt to bring decidedly more exotic pets into their homes. From Justin Bieber’s capuchin monkey to Kristen Stewart’s wolves, you might be surprised by these celebrity companion animals. 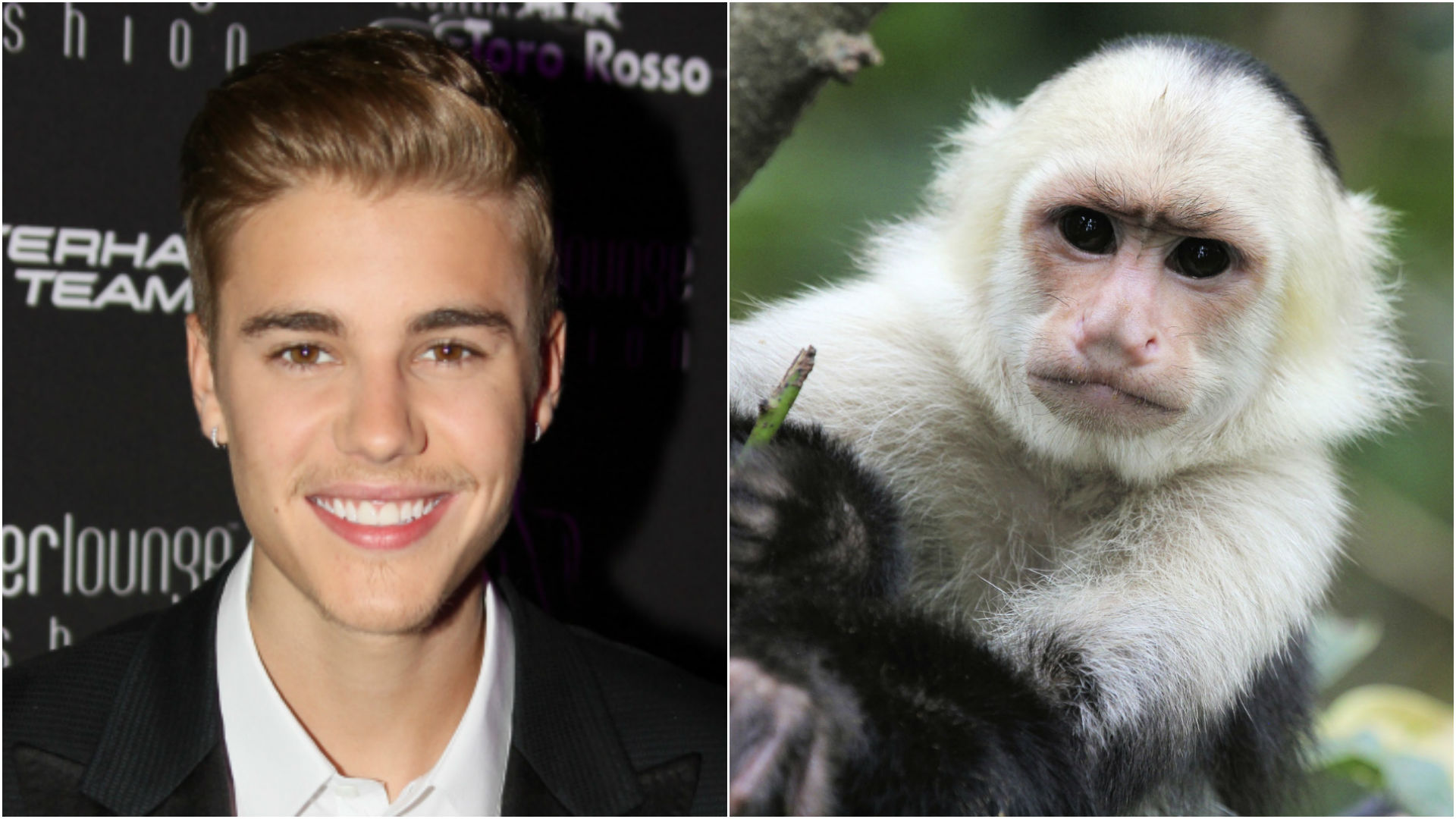 So, Justin Bieber walks into an airport with a monkey… don’t worry, it’s not the start of a bad joke. Well, sort of. For the Biebs’ birthday last year, producer Jamal “Mally Mall” Rashid gifted Justin with a baby capuchin monkey. Unfortunately for OG Mally, the name given to the monkey, German customs officials detained Bieber and his crew when they discovered the monkey aboard Bieber’s private jet at Franz Josef Strauss Airport. When they found out the Biebs didn’t have the proper documentation for the monkey, they quarantined the little fella. Sadly, Bieber failed to produce the paperwork in a timely manner, but don’t worry — this simian story has a happy ending. Cute Mally is starting a new life at a zoo in Germany with a family of fellow capuchins. 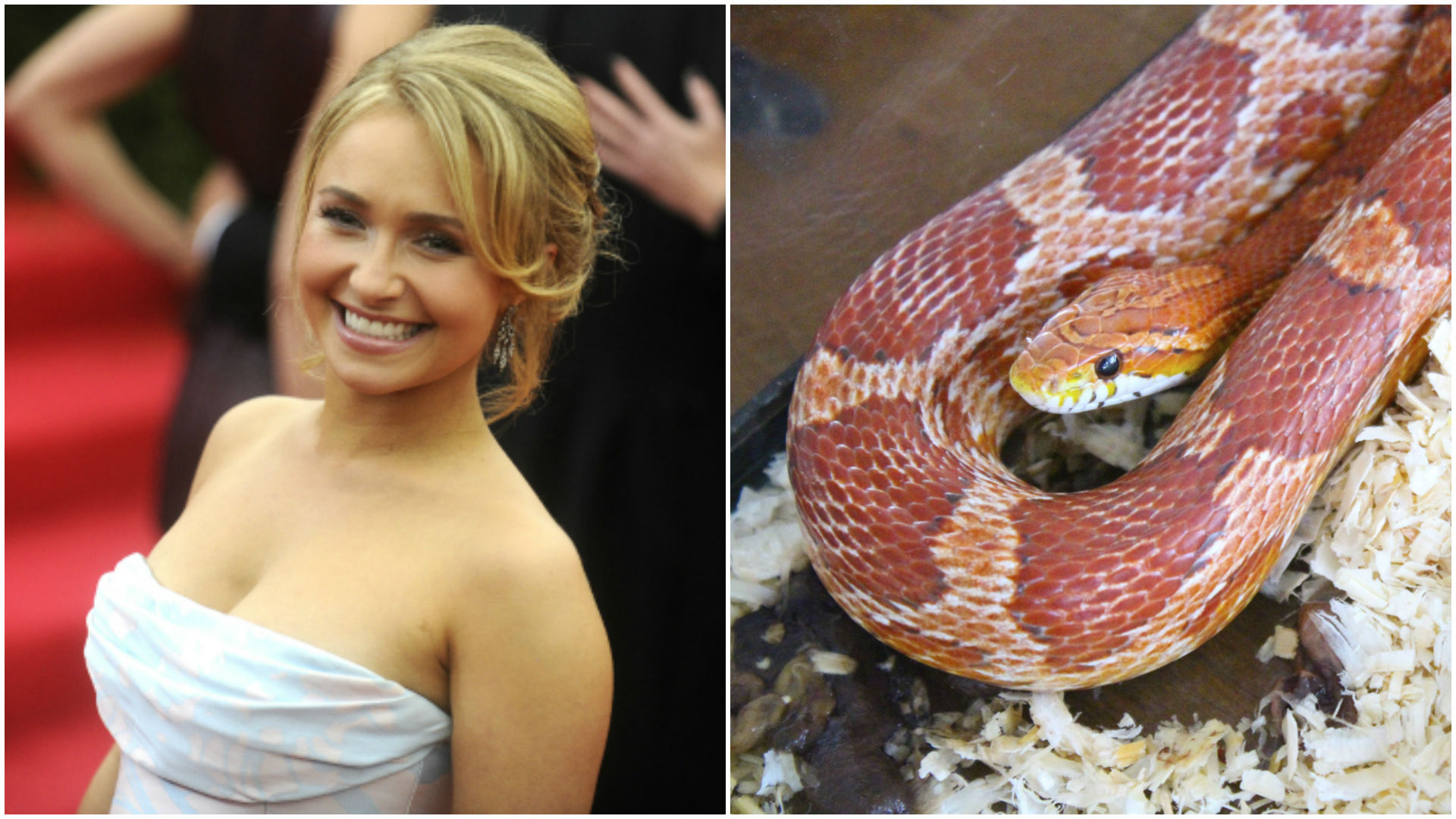 In January, Nashville star Hayden Panettiere surprised the Twitter world when she shared a picture of herself snuggling with a pretty unconventional animal: a snake. But unlike the huge constrictor she showed up with on the set of Live with Kelly and Michael to freak out snake-phobic host Michael Strahan, this particular snake is small — likely a juvenile corn snake. And this wasn’t the first time Panettiere took to Twitter to share a little snake love. In 2012, the animal activist posted a photo of two slithery creatures, proudly proclaiming, “Our new baby Corn Snakes!” 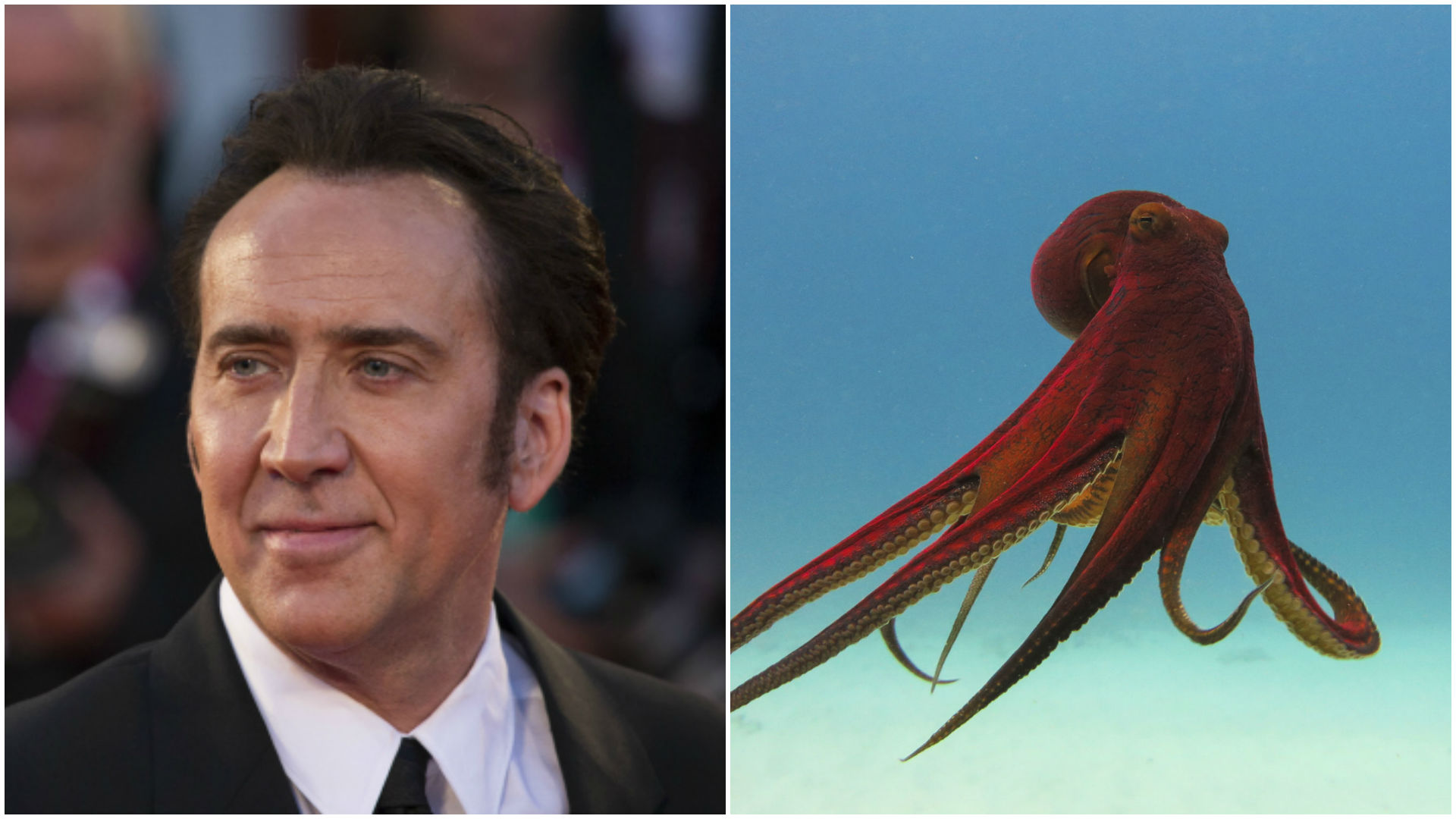 Sure, plenty of people have aquariums. And, yes, perhaps some of them are filled with exotic fish. However, we think it’s pretty safe to say few people (if any) have pet octopuses. Of course, Nicolas Cage is not your run-of-the-mill civilian, as well all know. At the height of his big-spending (you know, prior to the tax-evasion charges), Cage shelled out big chunks of change for all manner of random things — none, it would seem, more strange than his own pet octopus. Even stranger? He claimed he purchased the $150,000 sea creature to become a better actor by studying other life forms. Umm… OK. 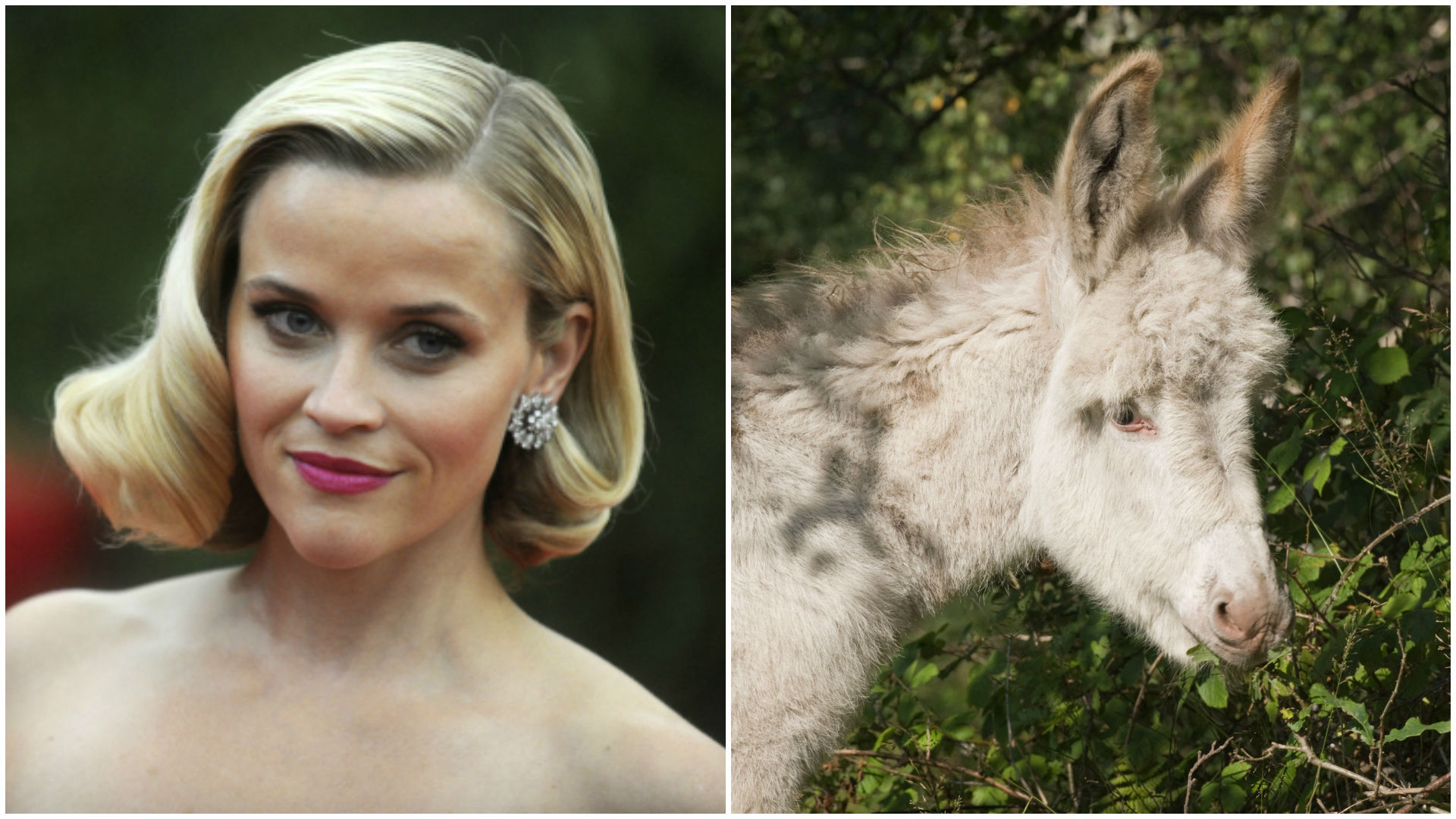 As they say, you can take the girl out of the country, but you can’t take the country out of the girl. Although Southern star Reese Witherspoon lives in Los Angeles with her family, she has a virtual menagerie of farmyard friends. During an appearance on The Ellen DeGeneres Show in 2010, the pretty star revealed she had added two miniature donkeys — named Honky and Tonky — to her growing brood. “They’re called donks,” she told Ellen. “They’re docile and sweet. We have a friend who had one, and we thought it was really cute.” In addition to the donks, it’s interesting to note that Witherspoon also has pigs, goats, chickens and a horse at her Los Angeles home. “It’s so good for the kids to learn about animals and kindness and compassion,” she said. “I make them clean the stalls.” 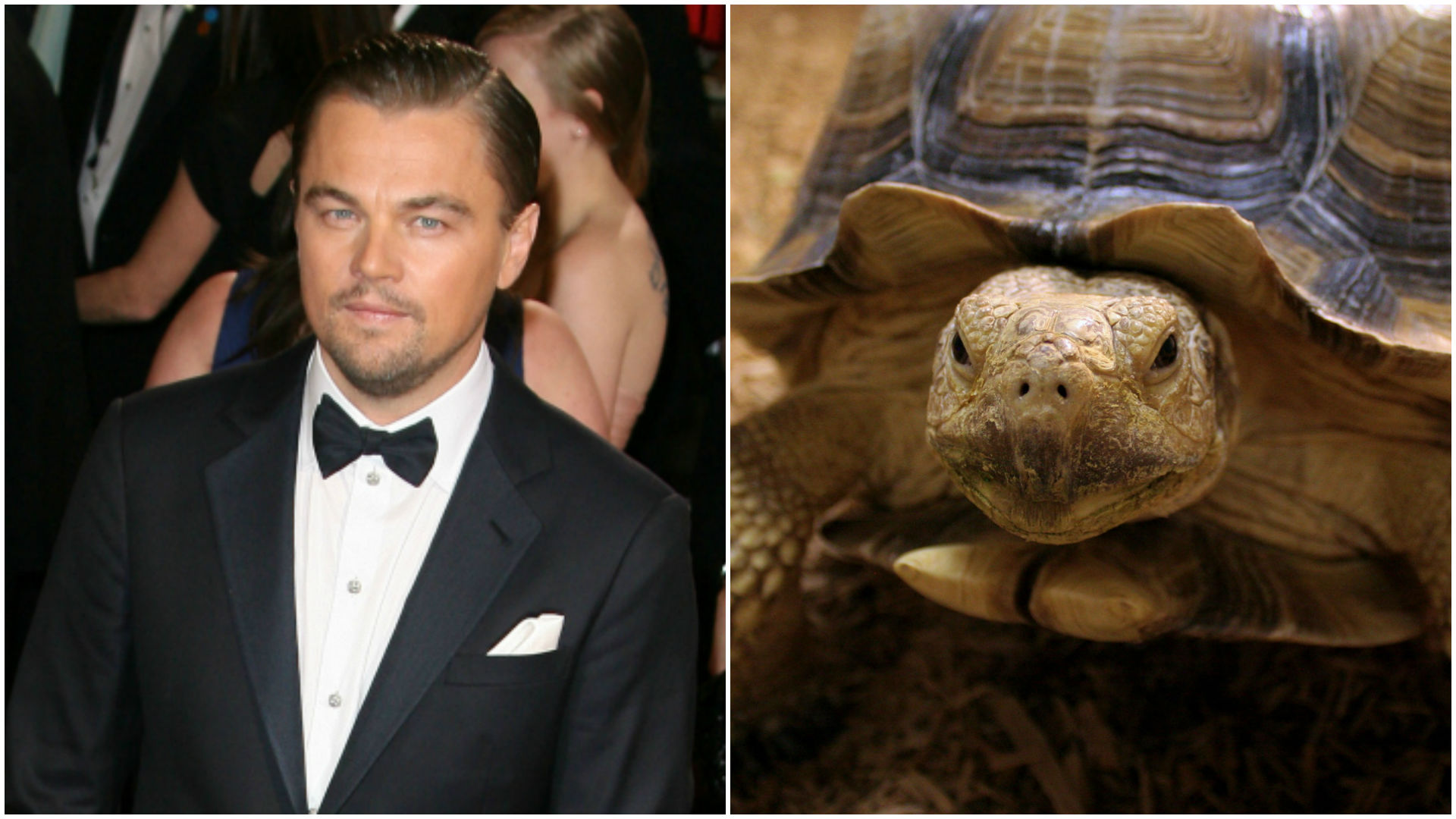 For a man who many say is a notorious commitment-phobe, Leonardo DiCaprio certainly made a considerably impressive one in 2010. While attending the North American Reptile Breeders Conference and Trade Show with Inception co-star Lukas Haas, DiCaprio paid $400 for a 38-pound Sulcata tortoise. Reportedly 10 years old when DiCaprio bought him, the tortoise could easily live for 80 years (not to mention grow to as big as 200 pounds). No word on what the The Wolf of Wall Street star named his terrapin friend, but we do know that’s one lucky tortoise. 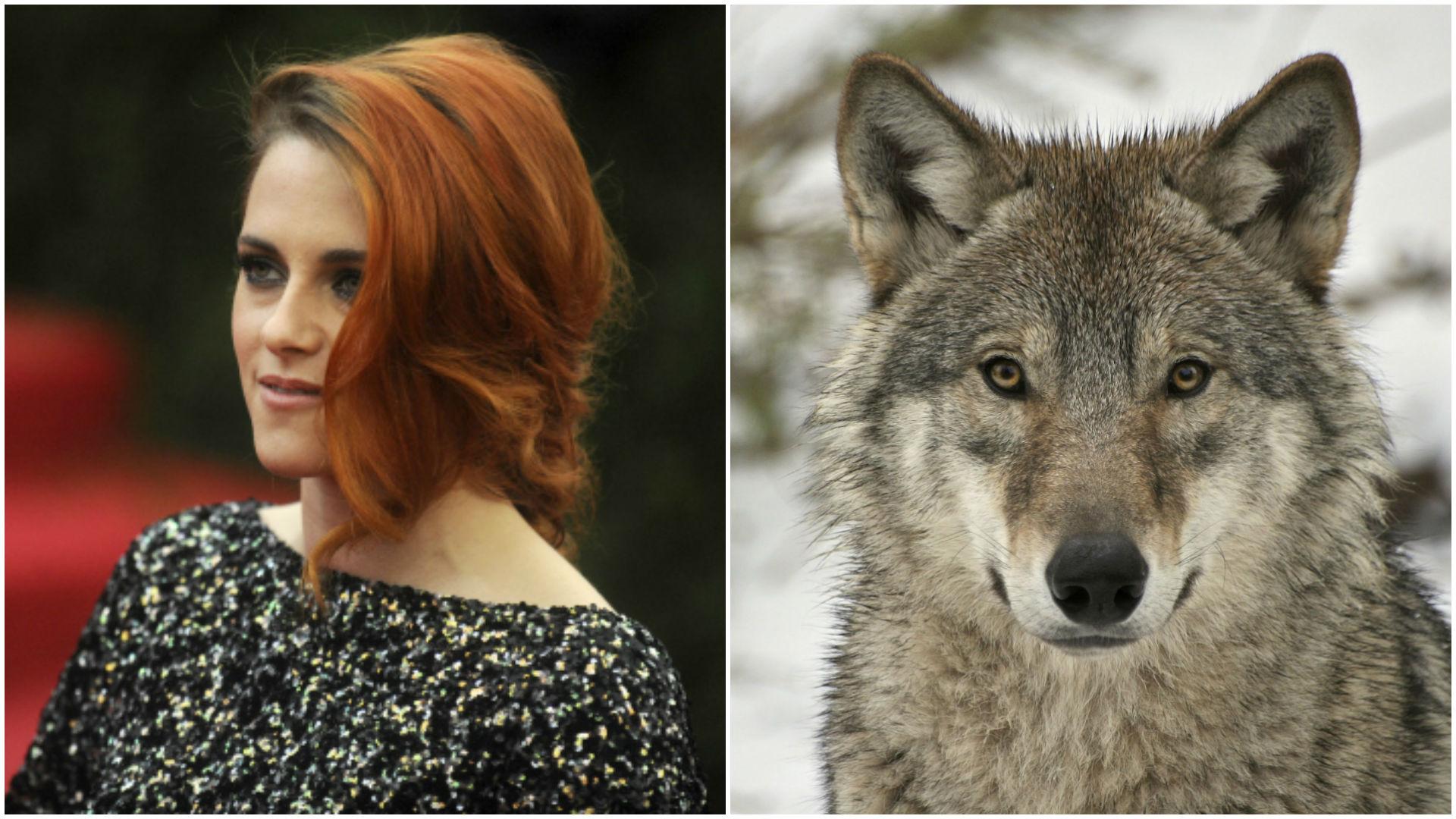 Is Kristen Stewart a prime example of life imitating art? You might say so, since the Twilight star — who gallivanted with werewolves as Bella Swan — runs with a pack of wolves in real life, too. During a visit to the Late Show with David Letterman to promote the Twilight films, Stewart showed off pictures of her and her mother’s wolf hybrids. “This is my pet,” the actress revealed when Letterman held up one particular picture. “This is Jack. He’s our oldest male. I know he looks kind of scary — he’s a wolf. He’s really sweet.” But while her proclivity for wolf-kind may be a byproduct of her role in the Twilight franchise, it more likely has to do with her mother. “It’s my mom’s deal. Maybe it’s a bit of empty-nest syndrome, and she needed to raise more children, because they really are hard to take car of,” Stewart explained. 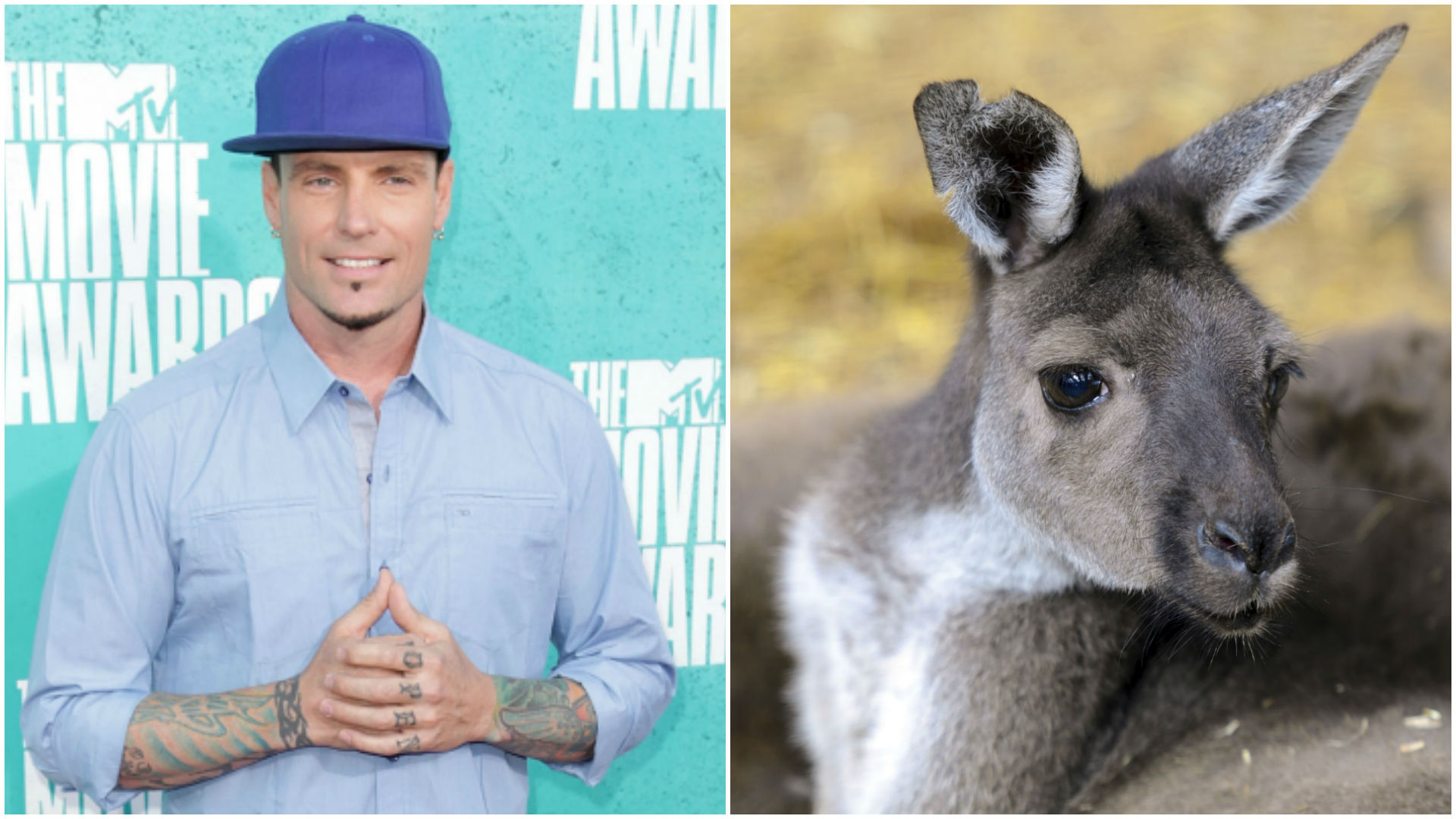 Vanilla Ice might have a tough exterior, but the onetime rap star is kind of a softie when it comes to his fur kids. Years ago when Ice’s 60-pound pet wallaroo — a hybrid between a kangaroo and a wallaby — busted out of Ice’s grandmother’s yard and went on a little walkabout, Ice was distraught at the thought of losing Bucky Buckaroo. Fortunately, the traveling rascal was caught by animal control officers in Port St. Lucie, Florida, and returned to the rapper (after forking over a $220 fine and vowing to get updated permits for keeping the exotic animal). Ice’s manager said at the time, “He called me and said that he got both of his pets [Bucky and the goat he escaped with] back and was extremely happy that he didn’t have to give them up.”