1. For the helicopter parent 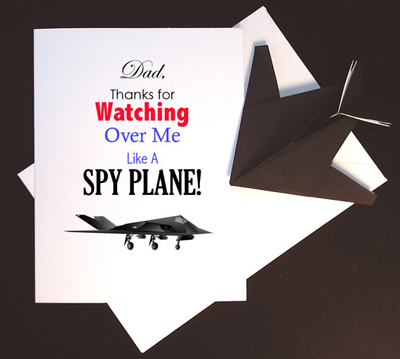 Let your dad know that even though he can get a bit obsessive, you still love him. And then toss this paper airplane around together, because why not?

2. For the dad who never wanted his daughter to date in the first place 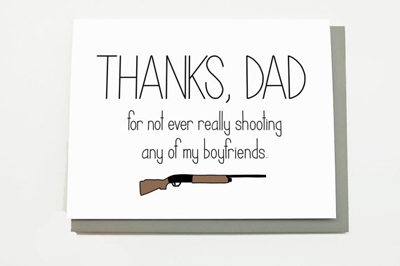 Celebrate your father’s self-control when it comes to the pimpled boys in your life and assure him he need not worry.

3. For the social media-literate man 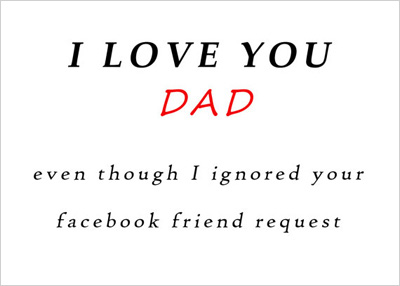 Be real with your dad about his online presence. (A heavy task.)

4. For the man with a mission 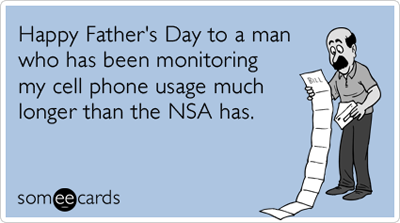 Give your father the ultimate gift and choose to see his highlighting of the cell phone bill as an act of concern, not craziness. 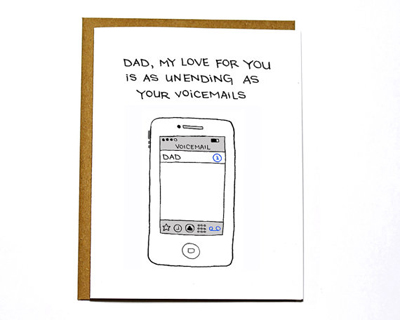 Say that your dad is the best in your own teenager way. Also, overlook his prehistoric penchant for voice mails. He’s not trying to ruin your life.

6. For the pops with a speed dial 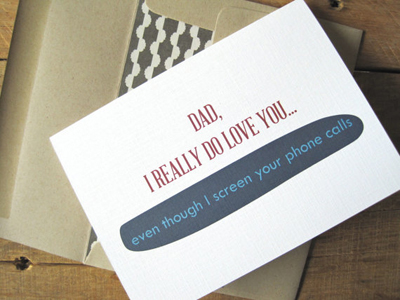 Forgive and forget your father’s weird cell phone behavior (and maybe let him know that no one calls anyone anymore and he should consider his phone simply a camera and texting device). 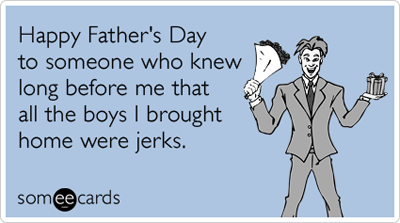 Admit that your your dad maybe, possibly, could have been right about some of those scoundrels in your life.