Dakota Fanning was just a tot when Britney Spears broke out her iconic red jumpsuit, but the actress now dominates the look.

There are just some looks most people shouldn’t even try to pull off, ’cause they won’t even come close. Well, everyone except Dakota Fanning, that is. 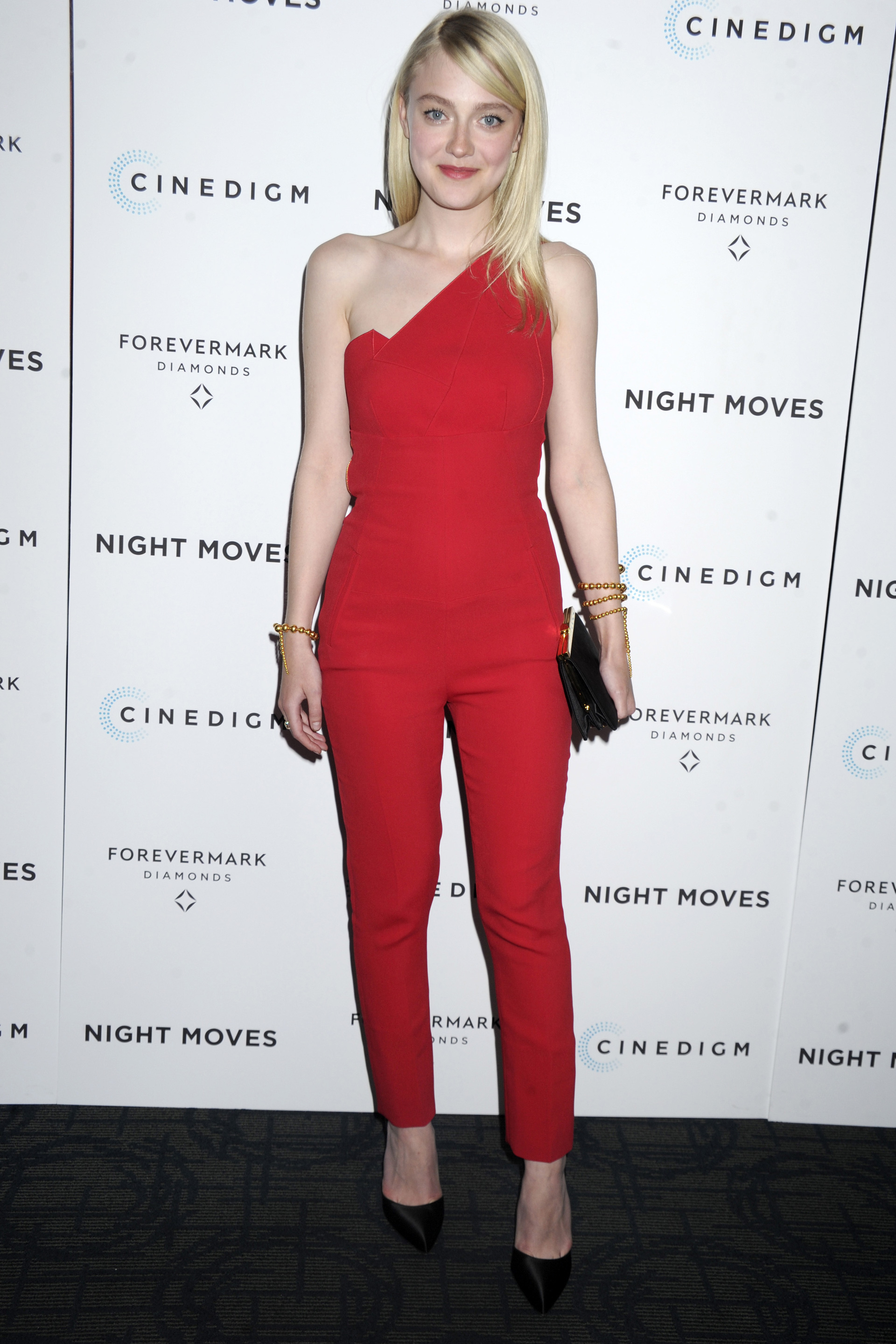 The 20-year-old actress arrived at the New York premiere of her new movie Night Moves on Tuesday night wearing a red Roland Mouret jumpsuit that looked like a high-fashion homage to the red leather jumpsuit Miss Britney Spears wore in her iconic 2000 video for “Oops… I Did It Again.”

Did she manage to rival the original? Uh, yeah.

We almost expect the talented actress to drop her black Prada bag and break it down in a Britney-esque dance break. 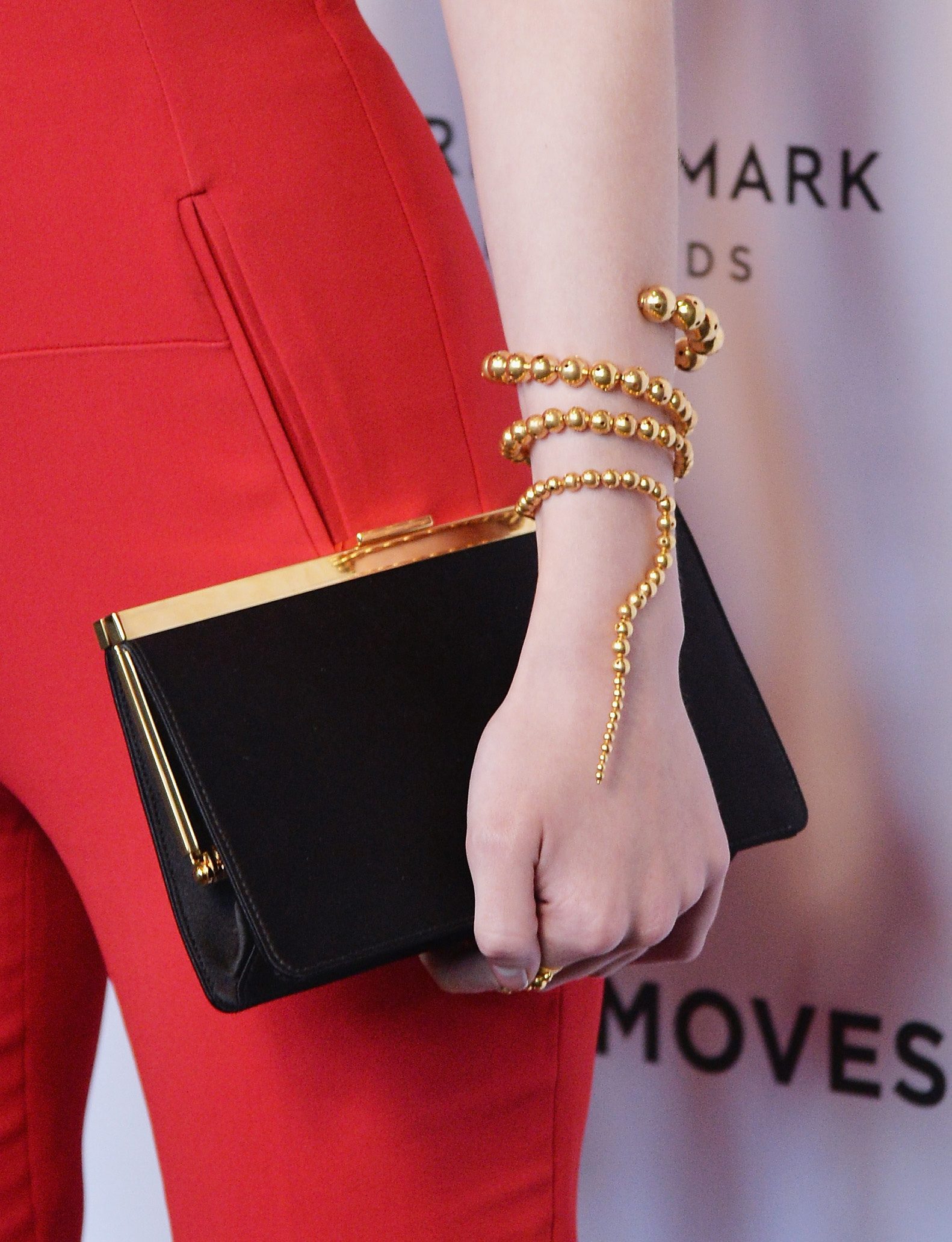 Sadly, it didn’t happen. Instead, she headed to an after party at Beauty & Essex with co-star Peter Sarsgaard. 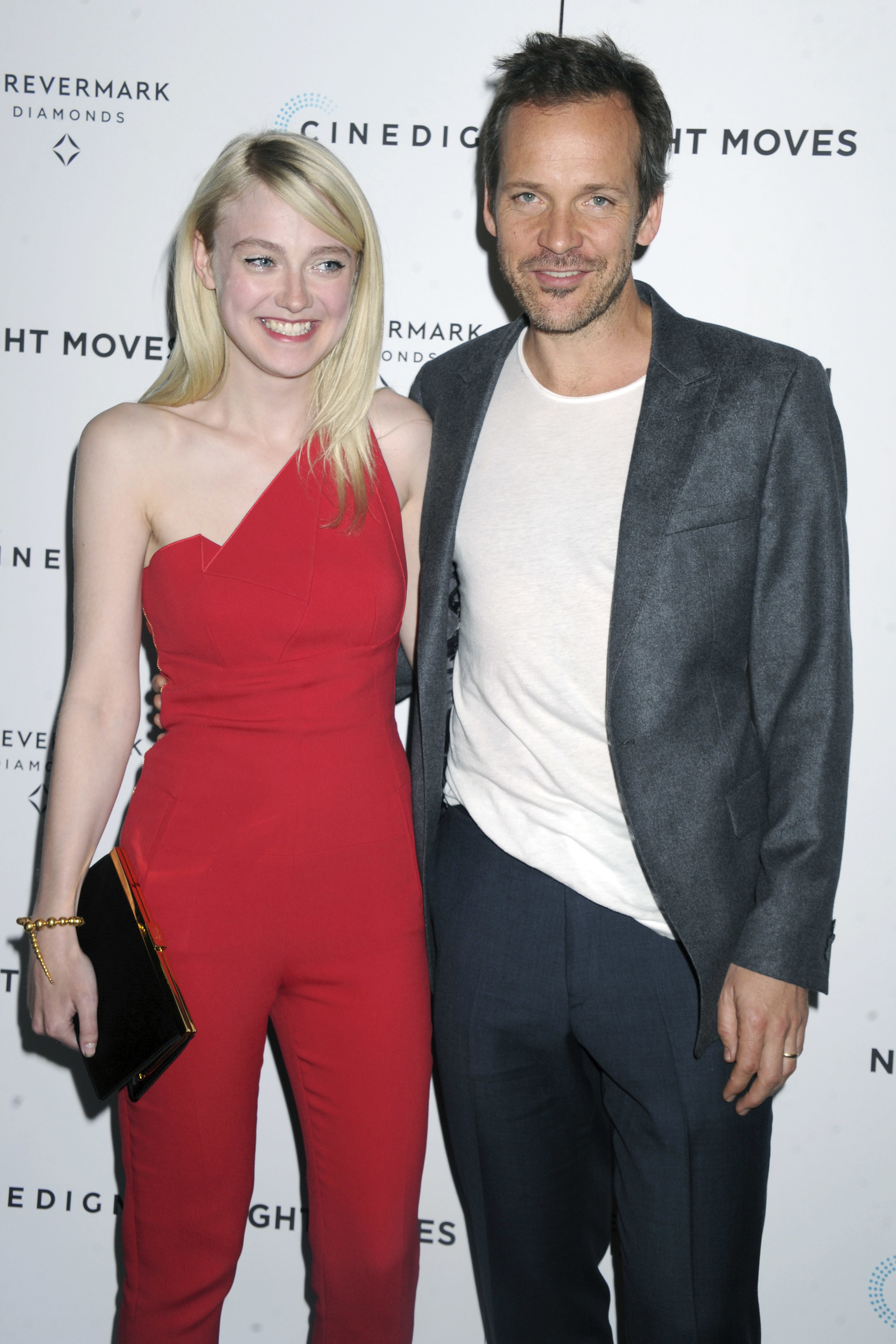 Fanning has definitely grown into her own fashion-wise. Designers like Marc Jacobs clamor to get her in their designs because she knows how to take a few fashion risks while still keeping it classy. Still, she doesn’t think she’s a fashion icon of any kind. Instead, she gives that title to her younger sister, actress Elle Fanning.

“She’s very uninhibited and will try pretty much anything,” Fanning told Glamour in 2013. “Even the way she dresses — she dresses totally for herself. She risks being made fun of… by me, which I sometimes do, because I’m an older sister! But I totally admire her and think she’s very cool.” 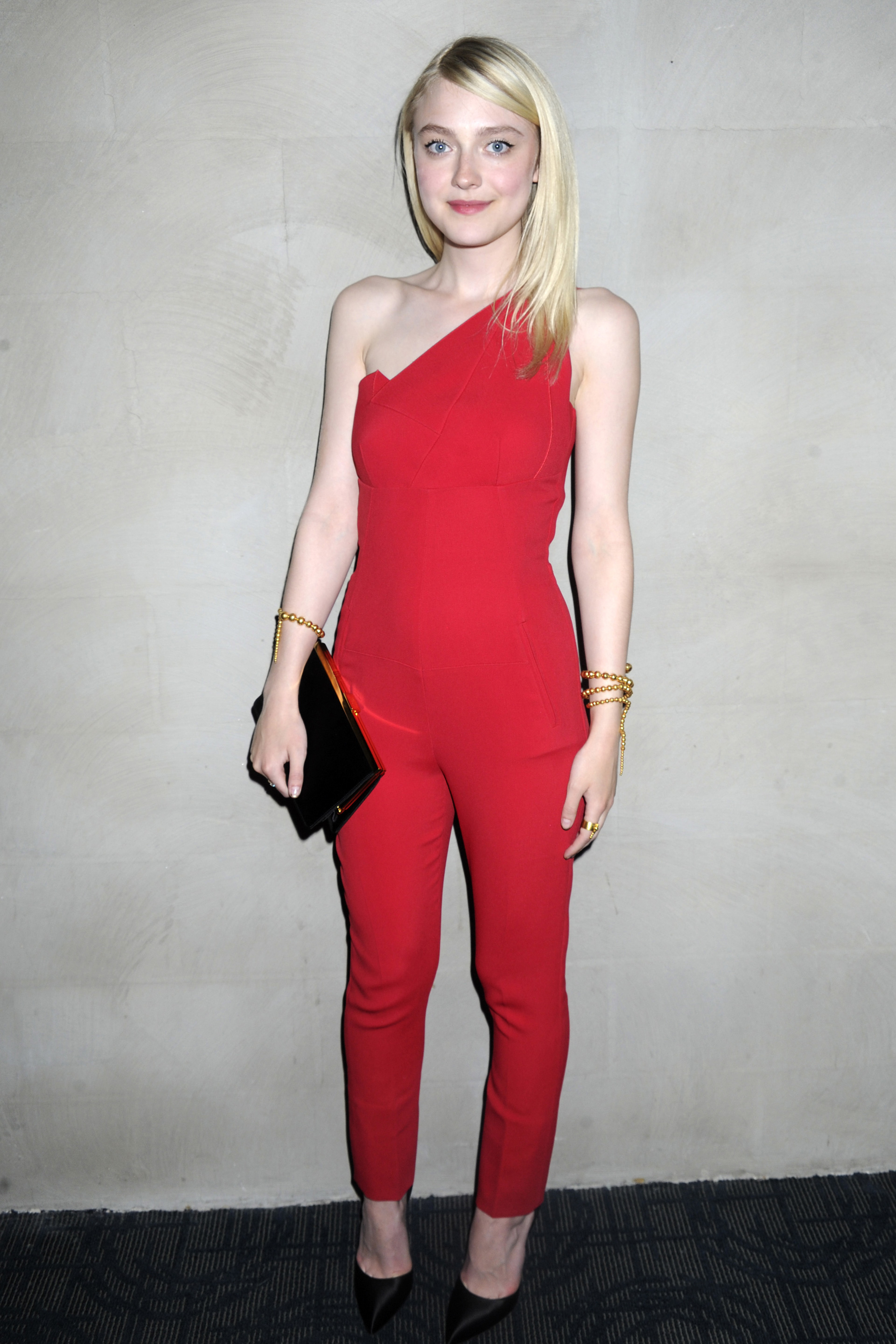 We think you’re the one who is cool, Dakota… and you totally worked that red jumpsuit.