Love it or hate it, Shailene Woodley’s sense of style is in a league of its own. The 22-year-old actress is known for her unique personality and laissez-faire attitude toward fashion, and can often be spotted going barefoot on the red carpet or pairing sneakers with ball gowns. As Shailene hits the big screen for one of her most anticipated roles yet this week, Hazel in The Fault in Our Stars, we’re recapping some of her most noteworthy fashion moments.

Shailene always works her tall figure to her advantage, stunning in flirty silhouettes in earth tones and patterns, like this floral fit and flare she wore for an appearance on the Late Show with David Letterman. 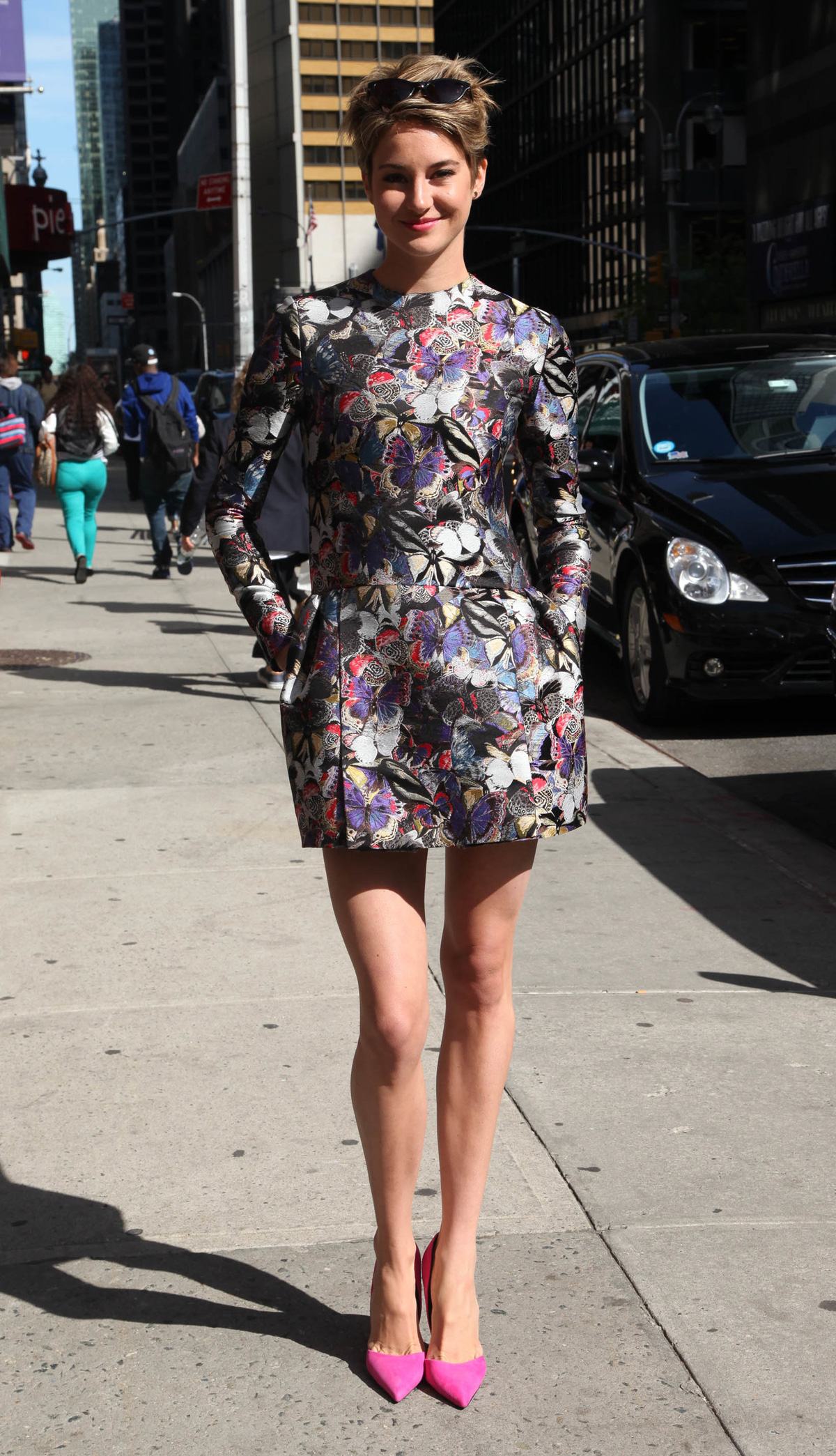 “I will get my makeup done for appearances and events. For me, to show up to something like Live with Kelly and Michael with Converse on and no makeup would be disrespectful… I think there is something to be said about switching up old paradigms, but you have to turn the wheels slowly. You have to pick and choose where you are going to represent you and the things you keep sacred, and then there are the things you have to do for the public, for Kelly and Michael and for the Oscars.” — The usually casual, makeup-free actress talks about the struggle between staying true to herself and respecting industry standards with Into the Gloss. Here, she glams up for the 2014 Met Gala. 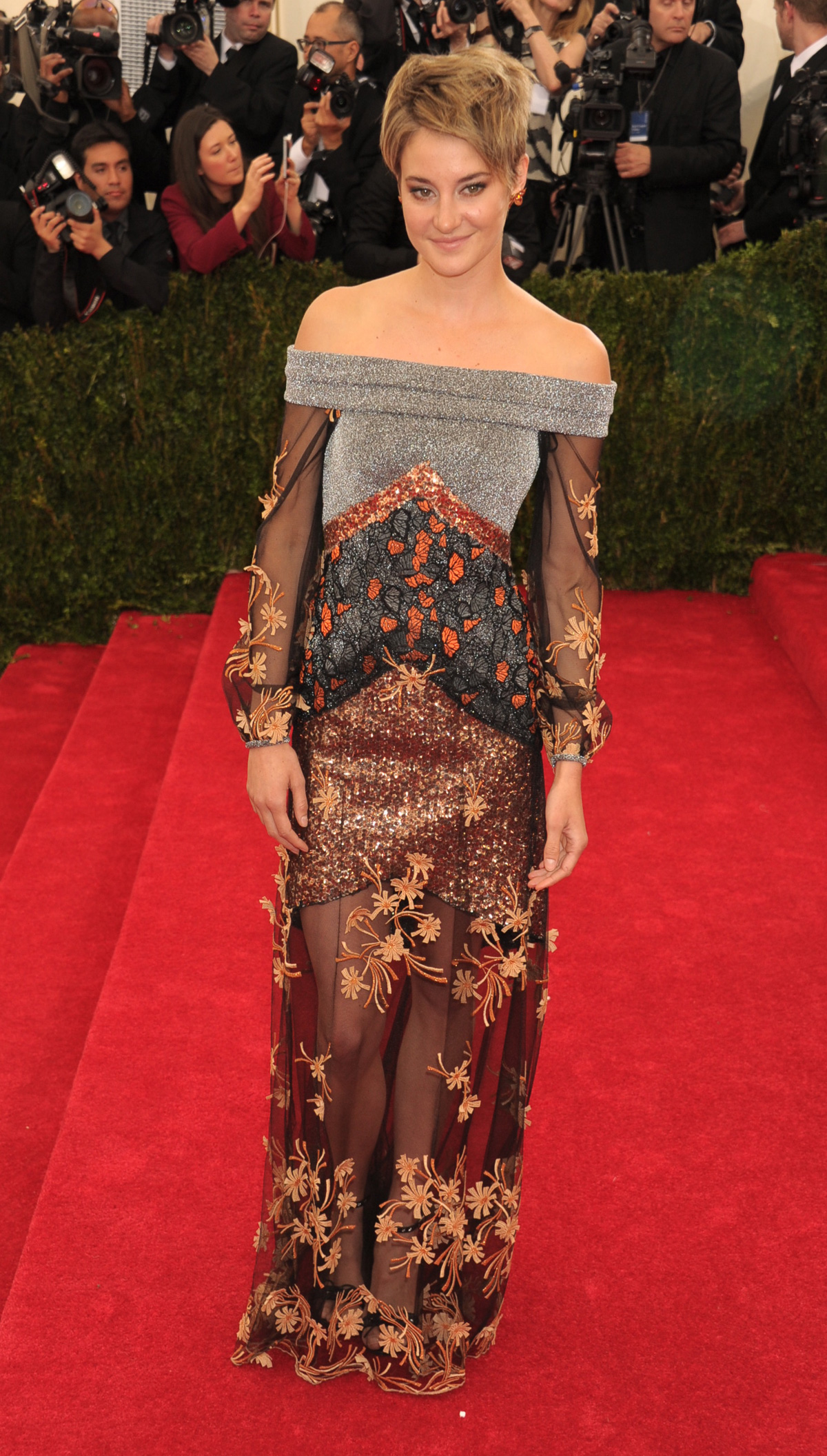 With spring’s Divergent and summer’s The Fault in Our Stars to promote, Shailene has had plenty of chances to step out in style. Here, she hit the MTV Movie Awards in a two-piece leather Balmain ensemble. 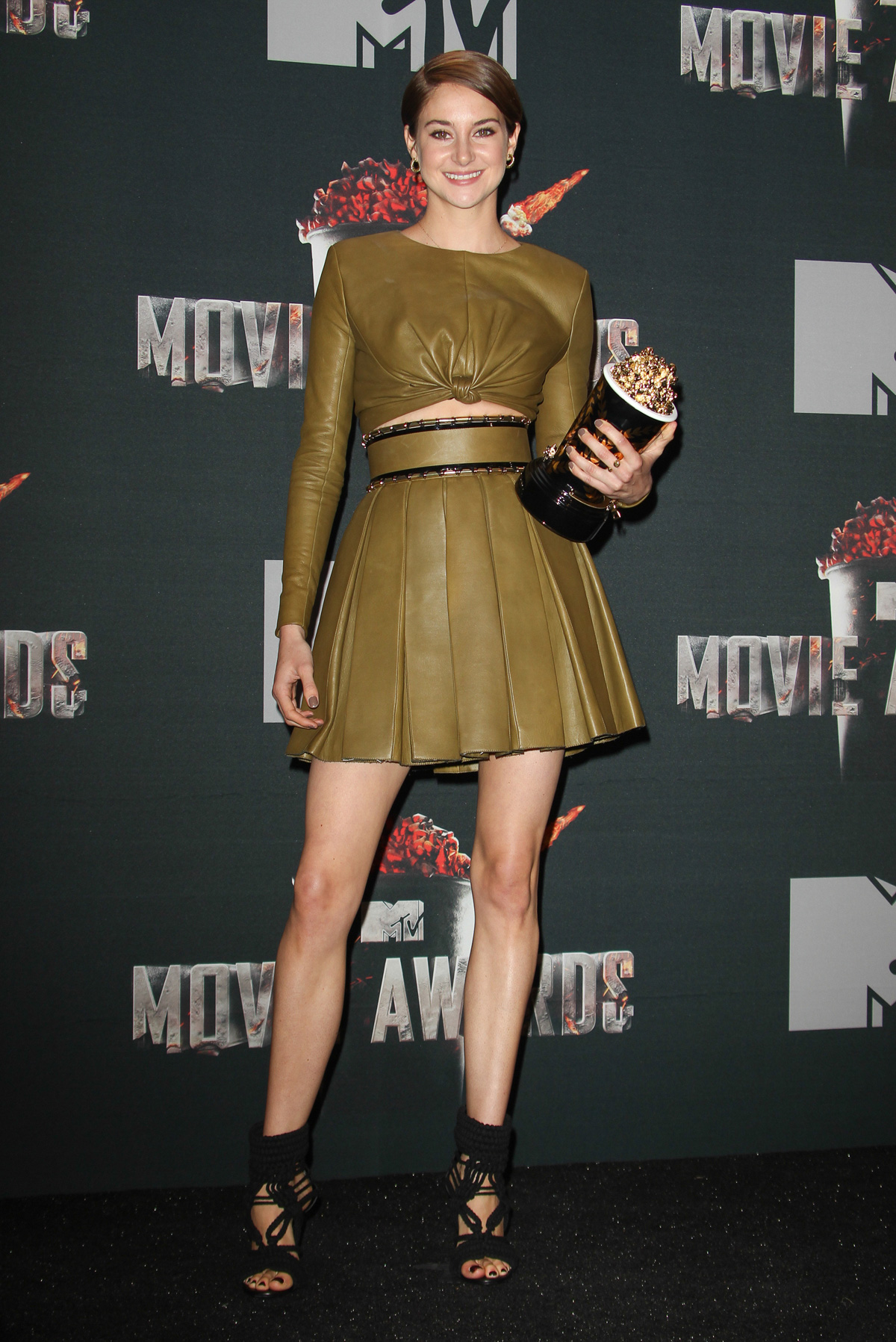 “I exclusively buy used clothes… I’m going to be a citizen of this planet, and I’m going to do my responsibility and live in stride with nature instead of constantly fighting against her.” — Shailene discusses her shopping habits with The Hollywood Reporter. 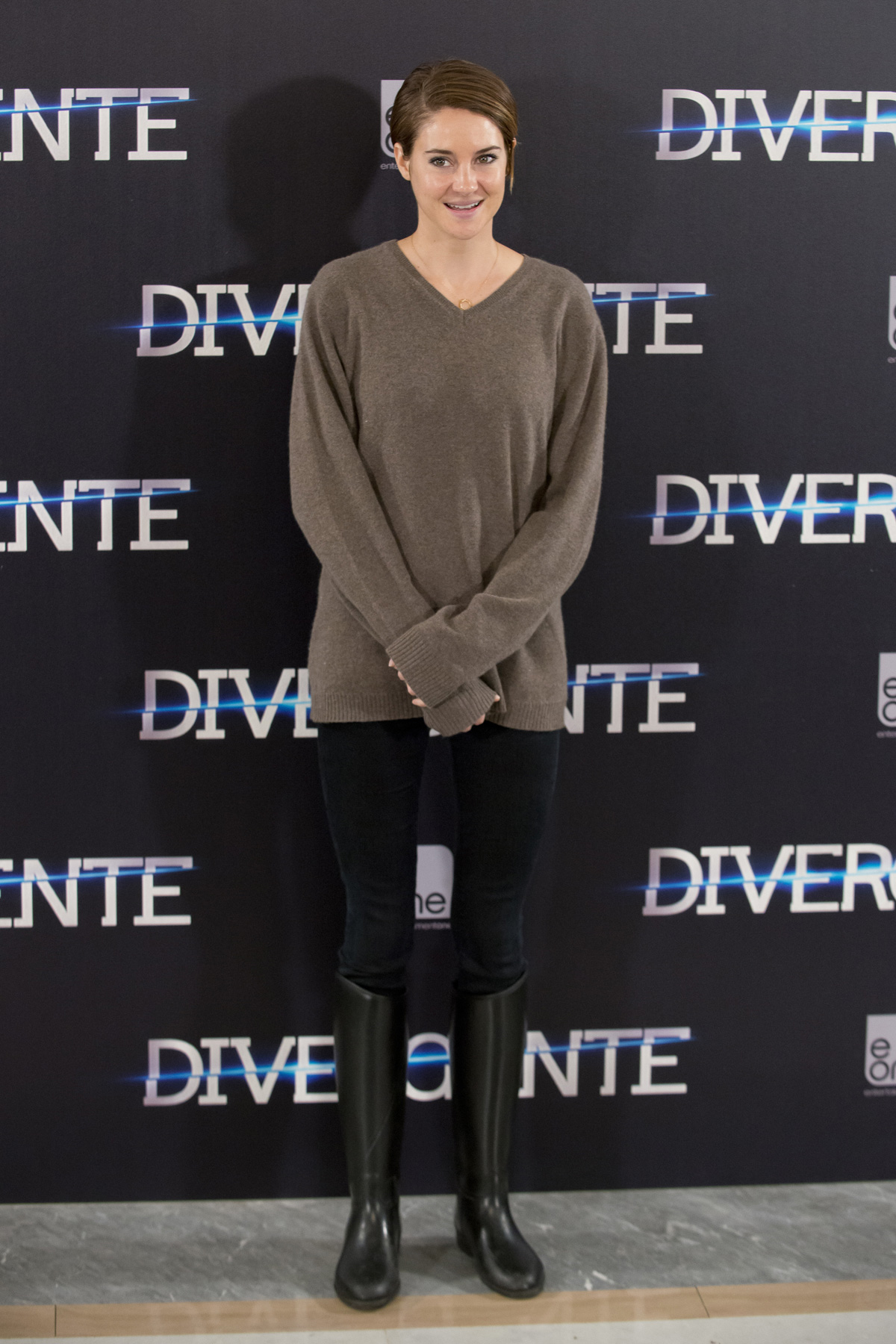 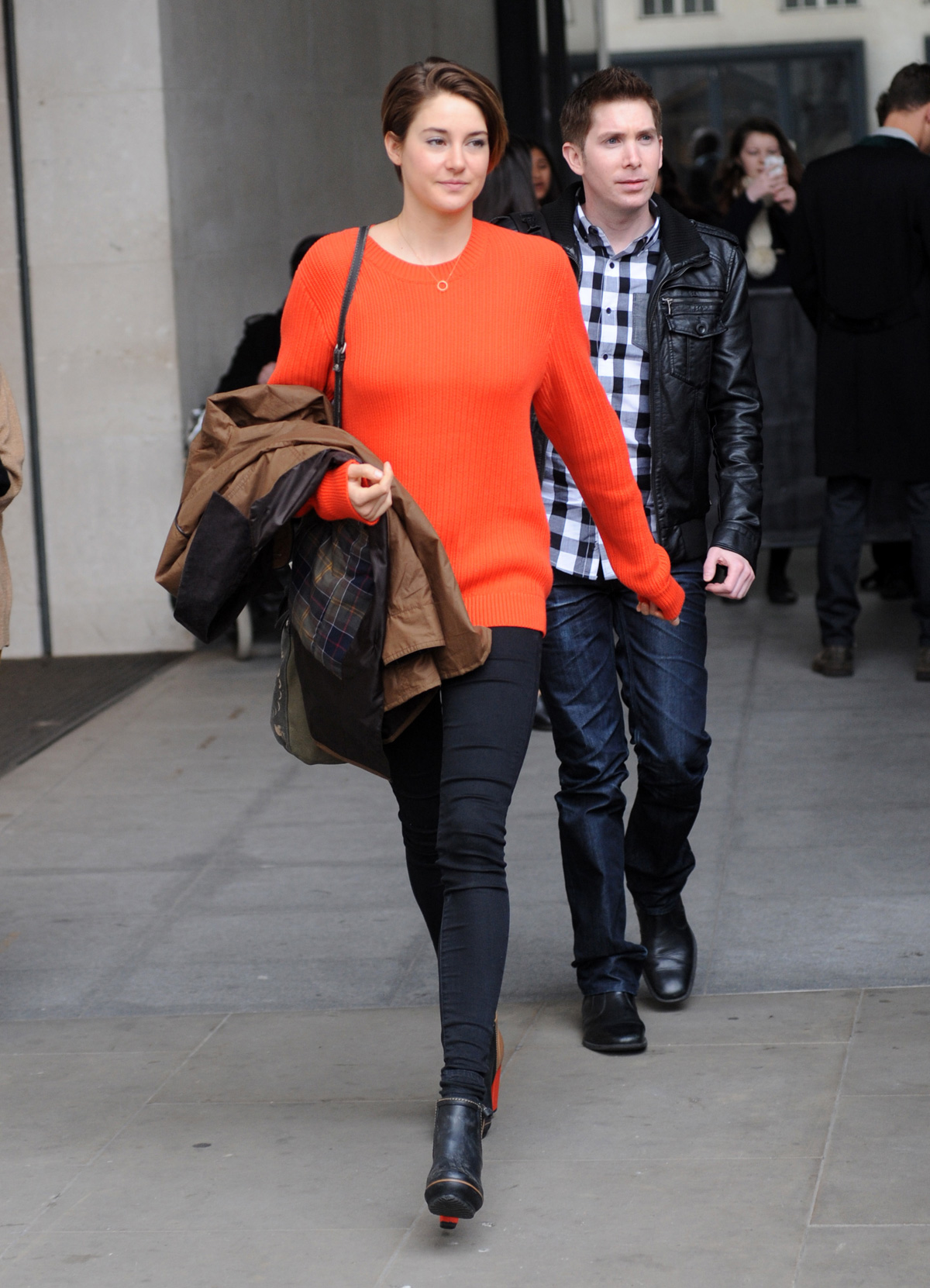 Over the years, Shailene has been spotted all over the country wearing her go-to five-toe shoes. For this gal, comfort outweighs fashion every time. 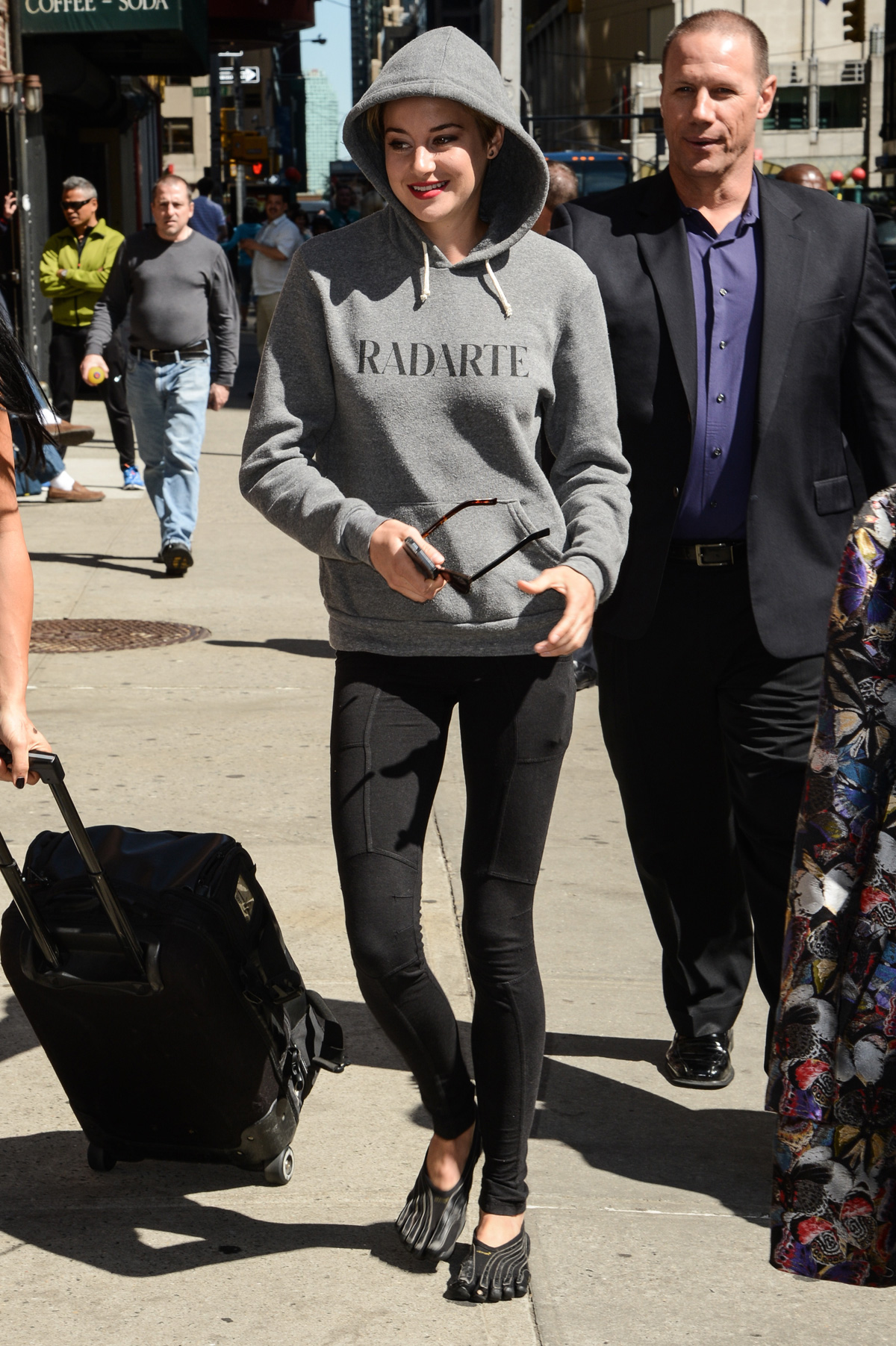 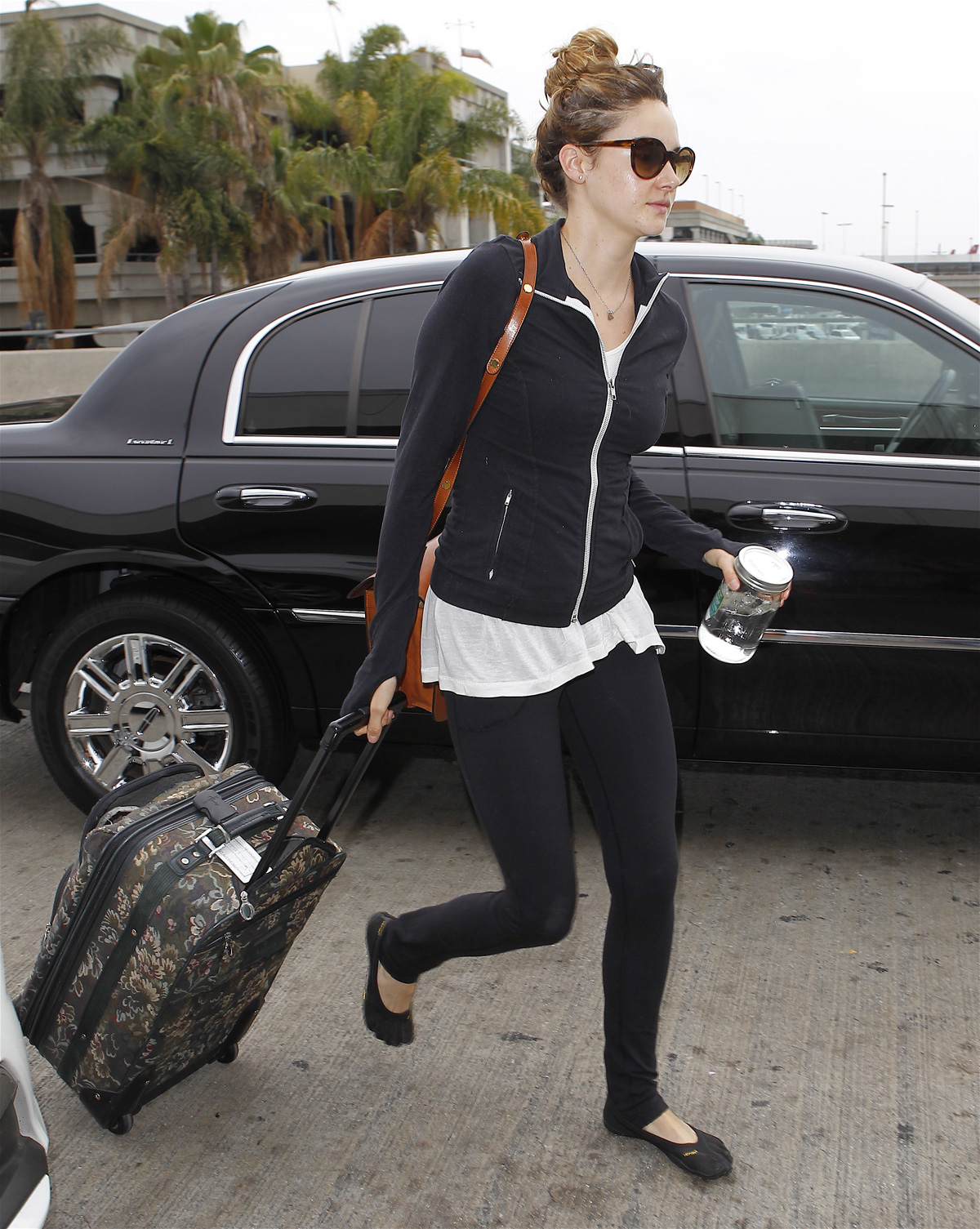 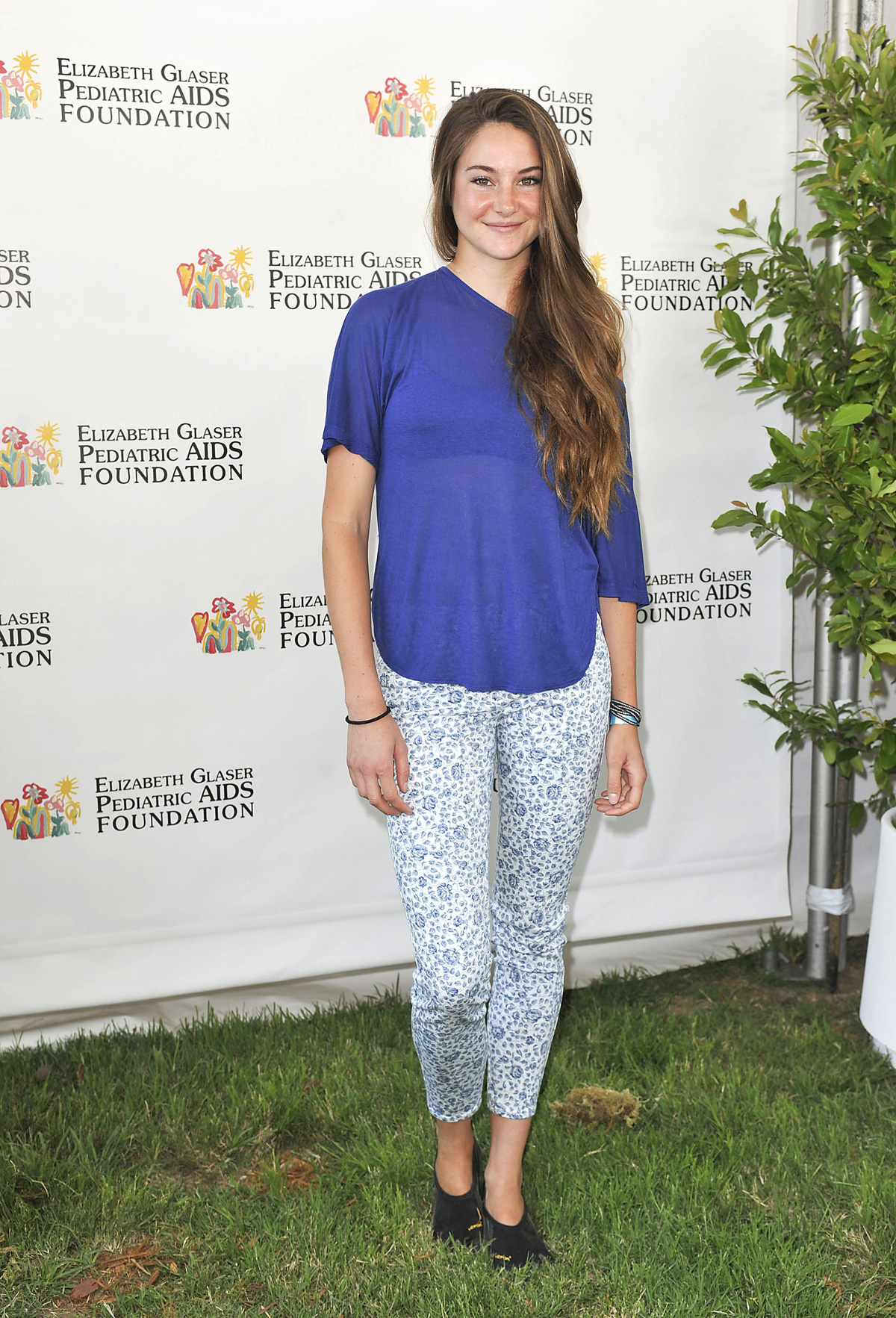 “If I was to show up wearing my five-toe shoes, my Melodia organic leggings and some hippie top, no one is going to take me seriously… When I go on a red carpet, I’m Shailene, but I’m also Shailene representing a movie. I’m there for my boss, for my employer, so part of that comes with wearing the uniform.” — Shailene explaining how she breaks her recycled clothing rule for work obligations to The Hollywood Reporter. Here, she dazzles at the premiere for her hit film Divergent. 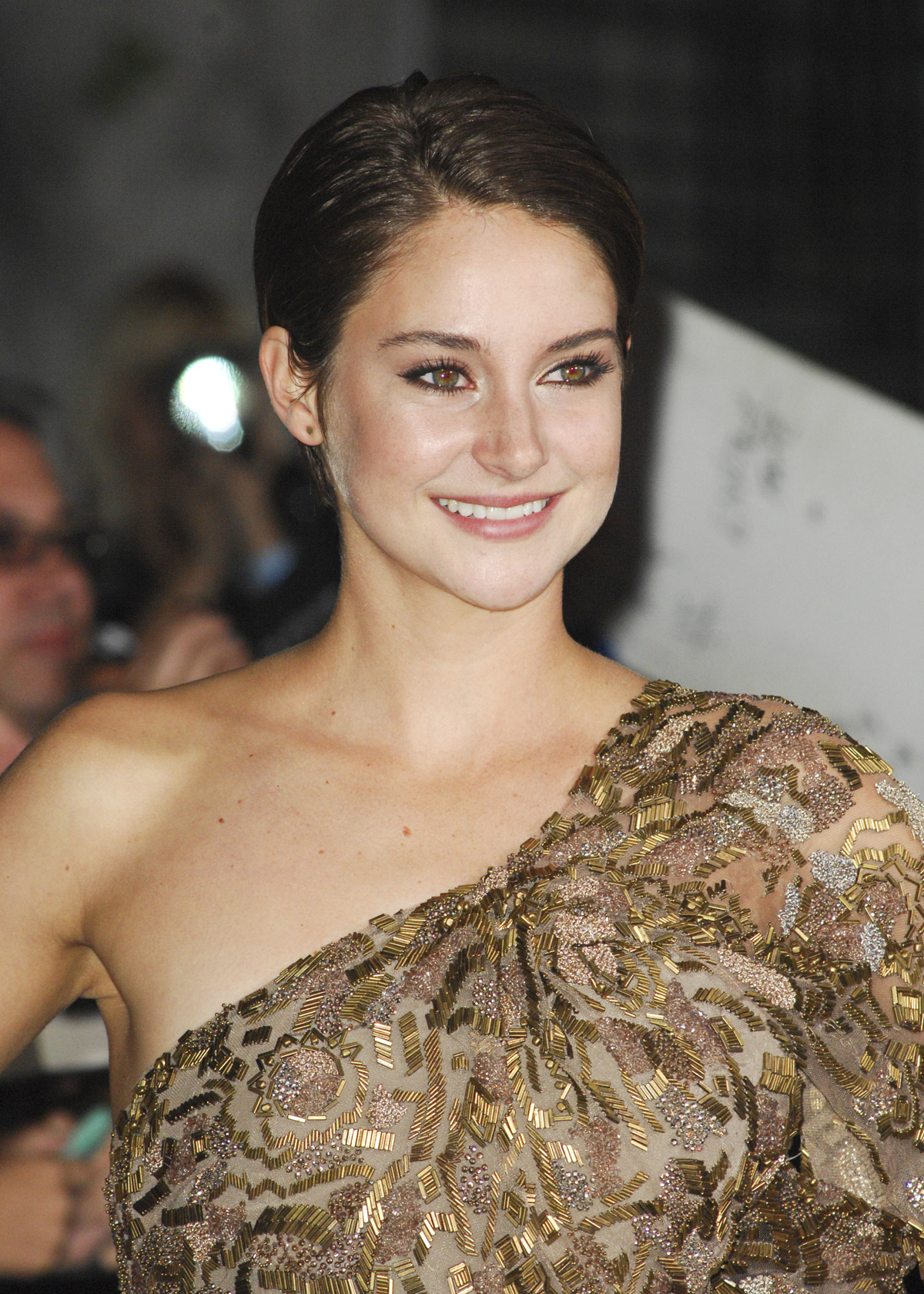 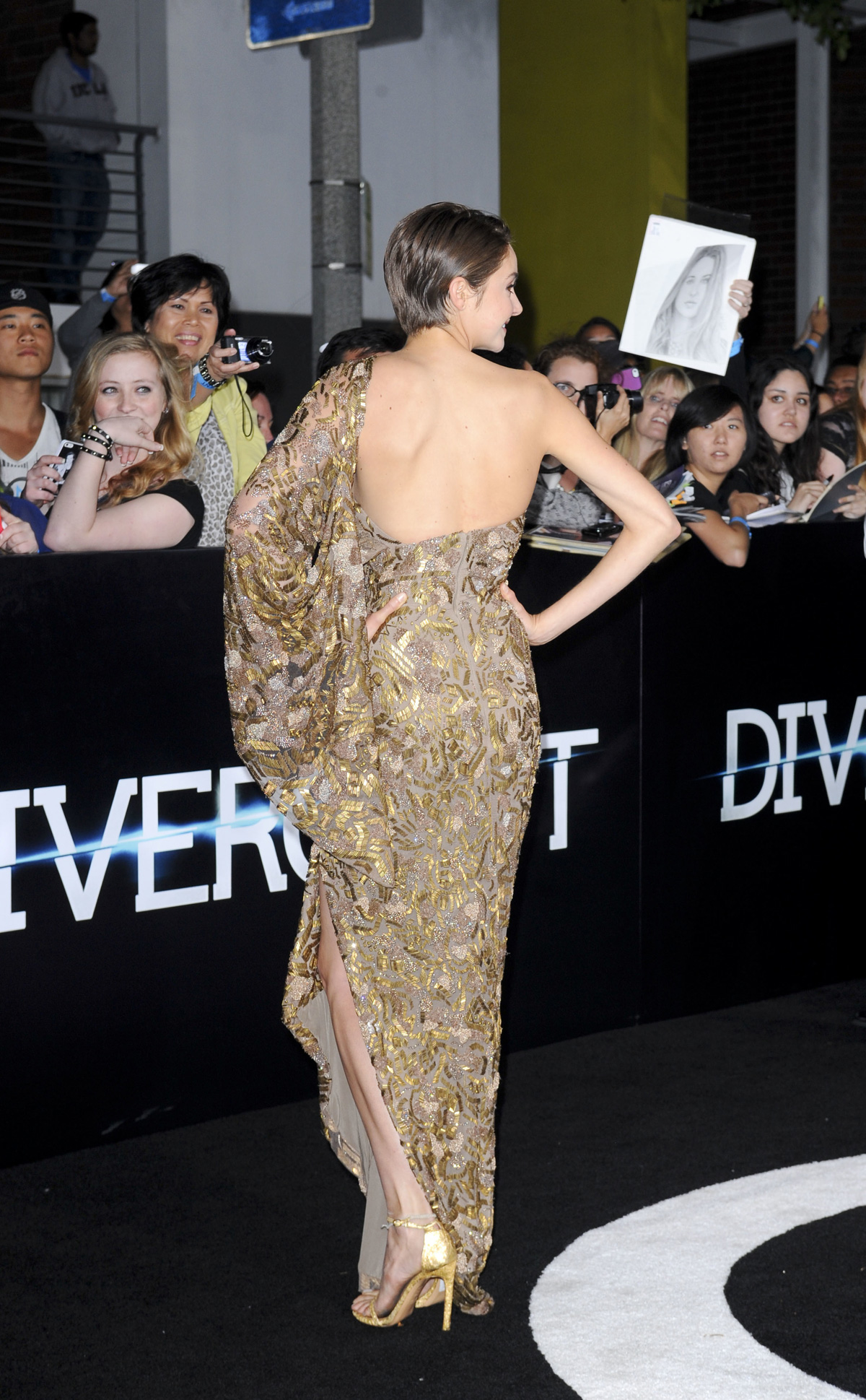 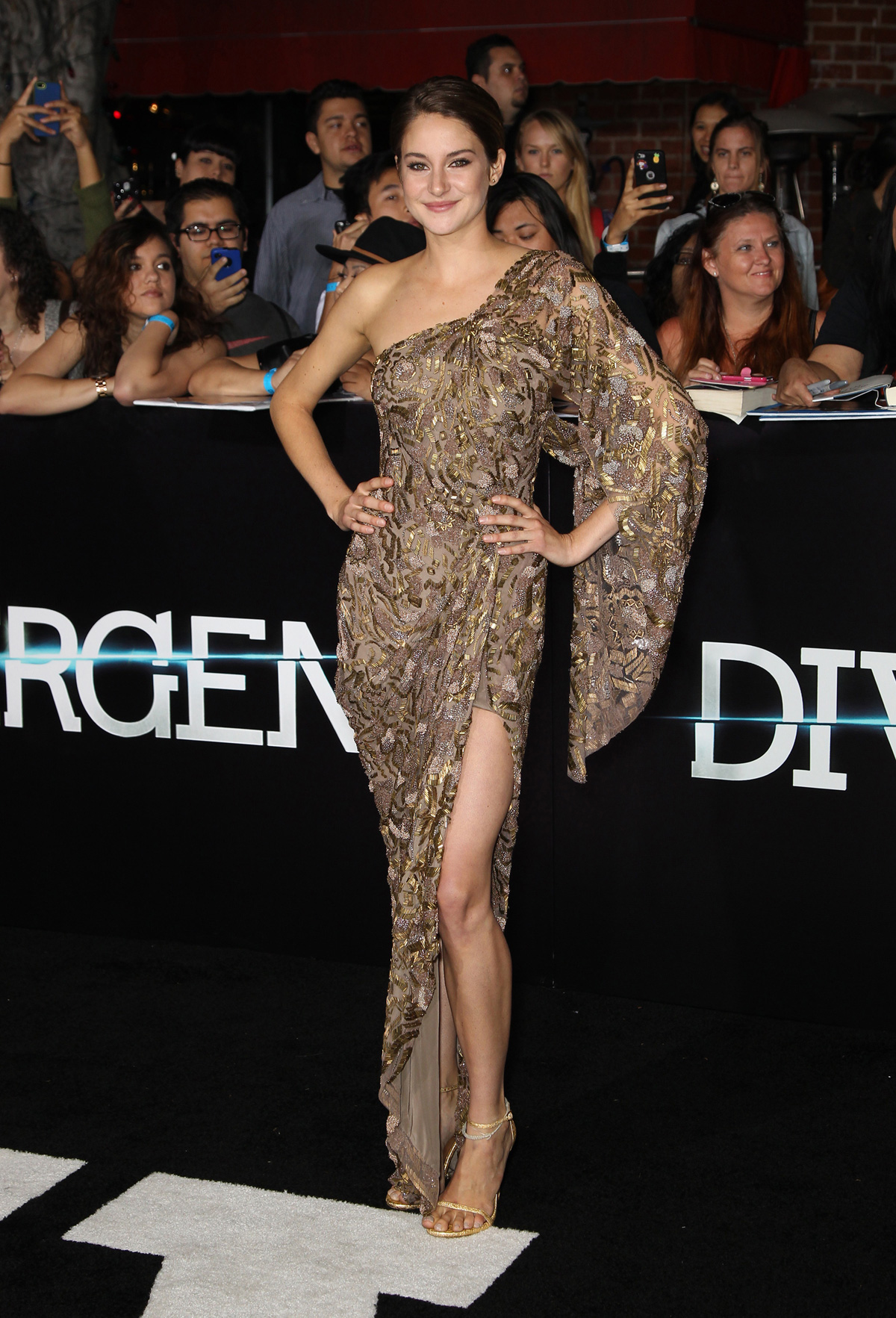 Shailene marches to the beat of her own fashion drum. Case in point: She often hits the red carpet sans shoes. 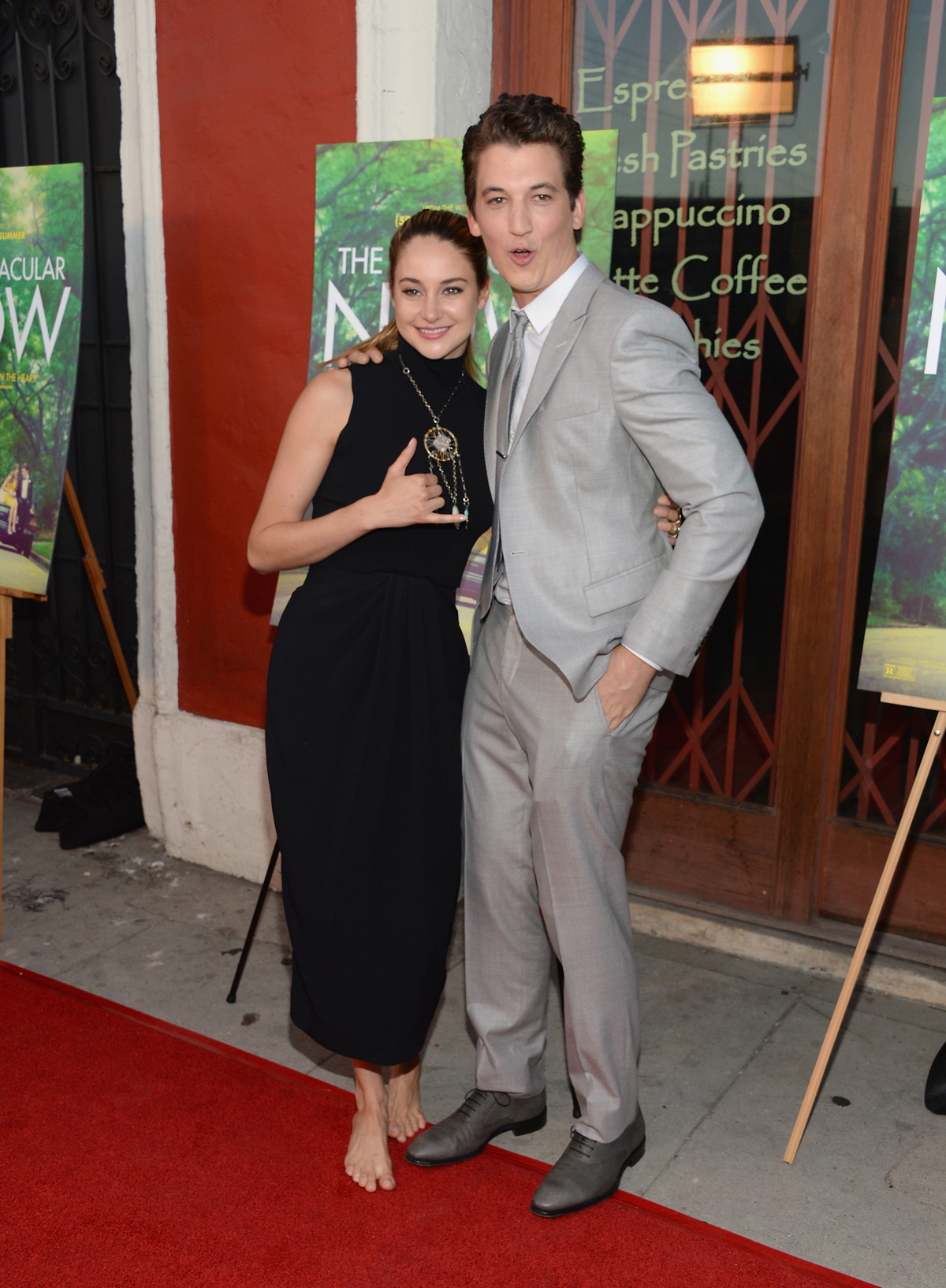 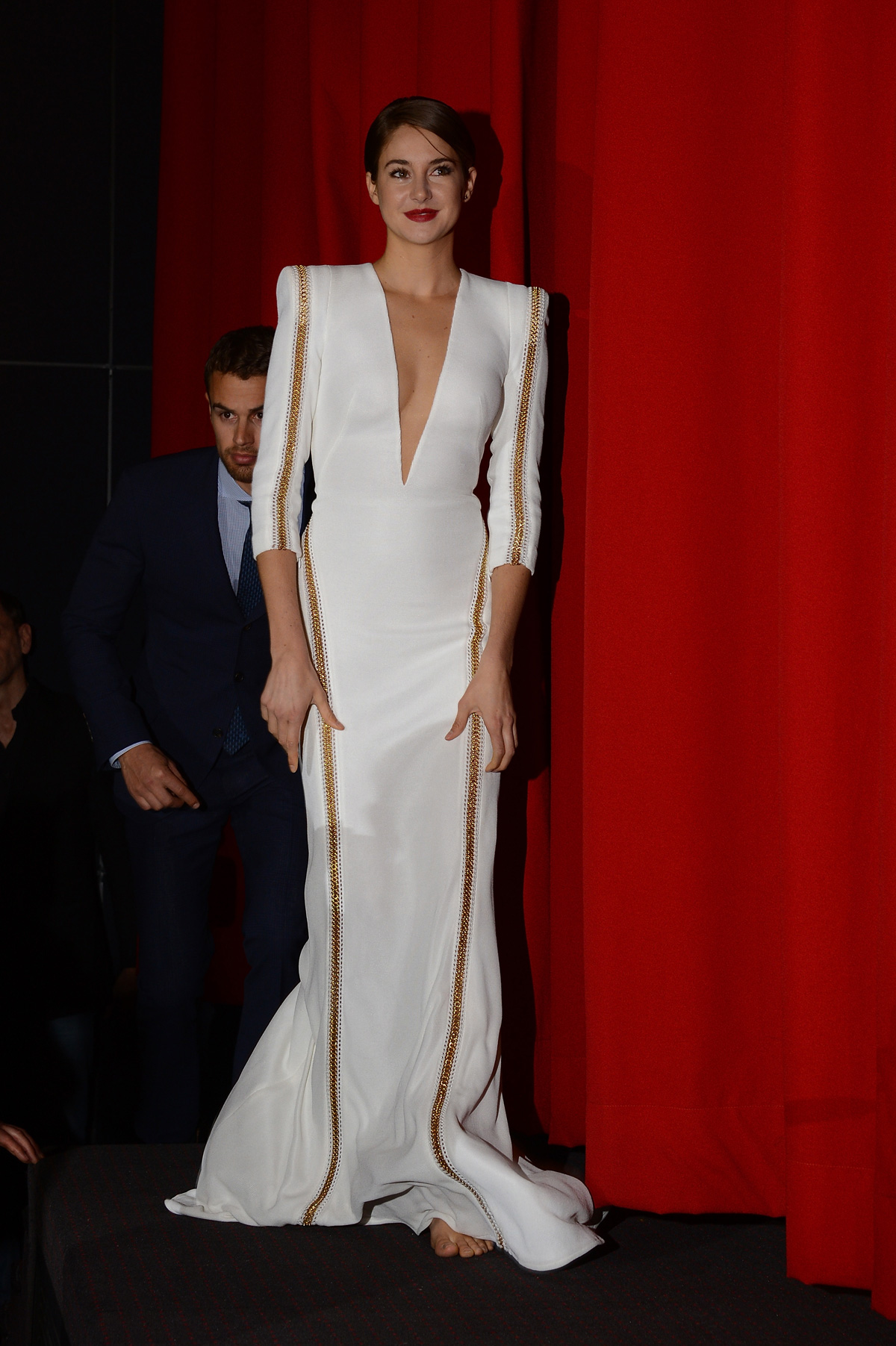 “I always used to roll my eyes at high fashion… But I have a new appreciation of it as an art form. Food and fashion are similar for me. How do you keep creating new things out of a set amount of materials?” — Shailene tells InStyle how she appreciates high fashion on the red carpet, but sticks to her comfy basics in her downtime. 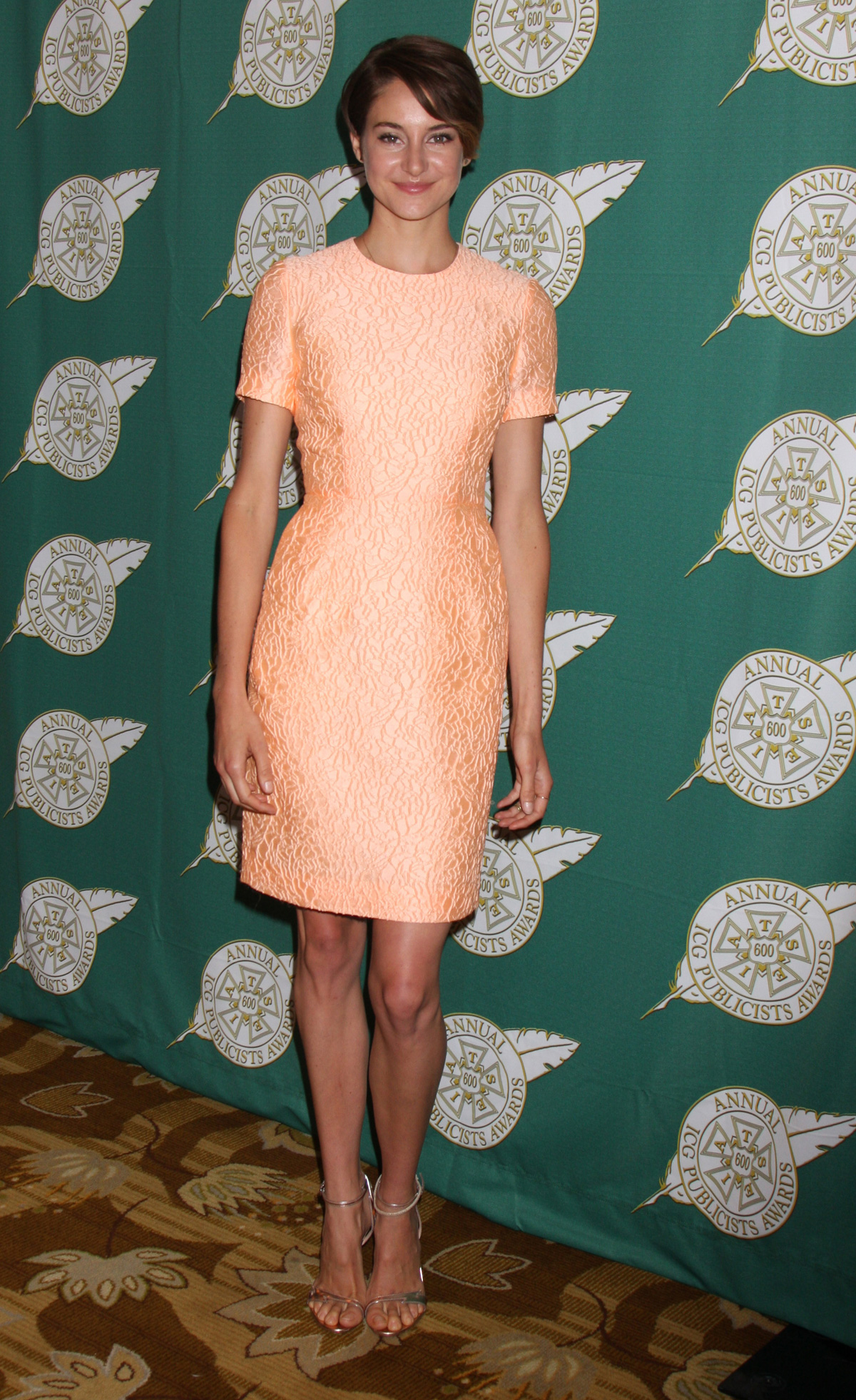 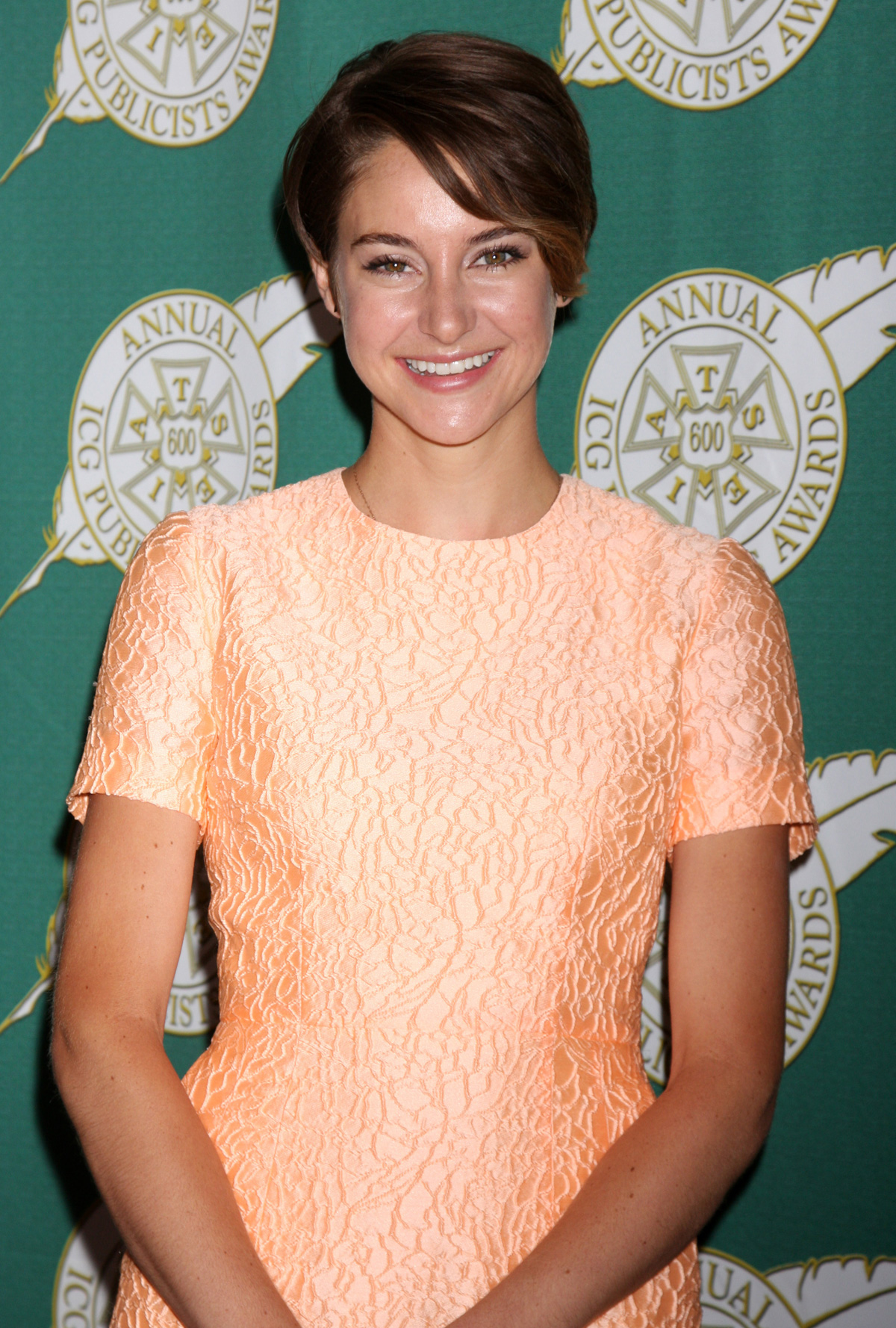 While promoting The Fault in Our Stars, Shailene let out her inner rocker chick in an edgy menswear-inspired ensemble. 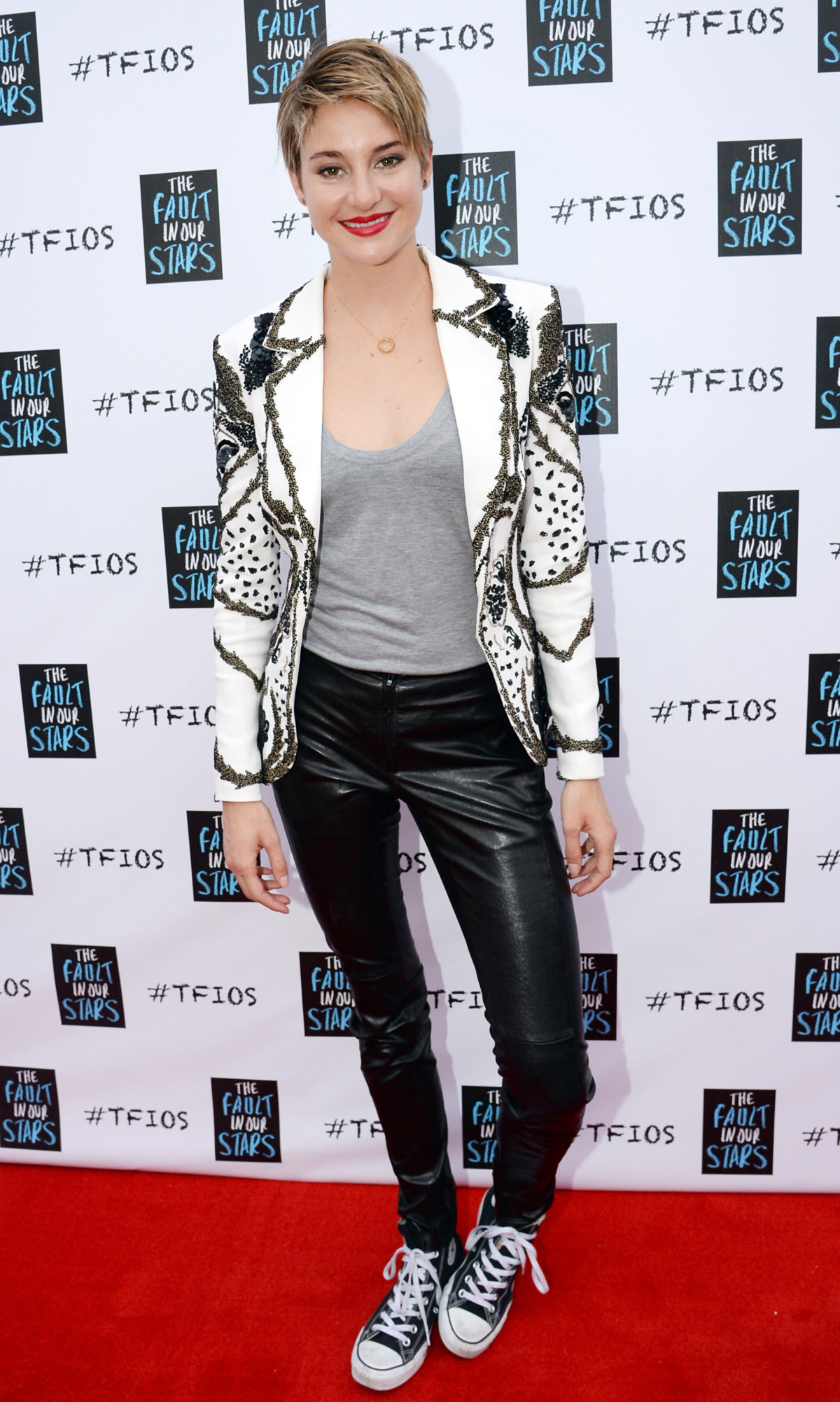 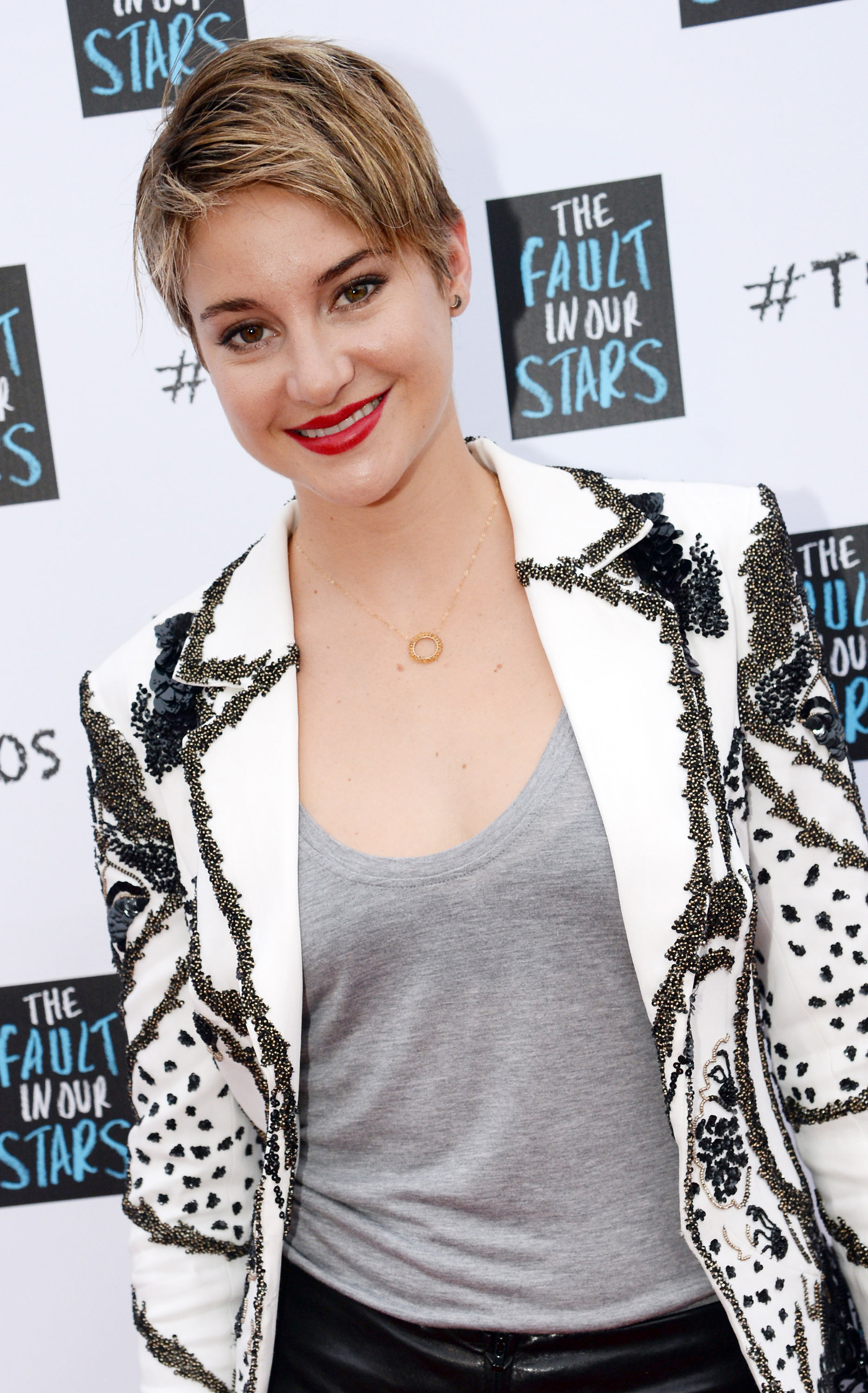 “I struggle in real life trying to balance my natural connection to the earth and the somewhat materialistic side of the industry I am in.” — Shailene quoted in Marie Claire. 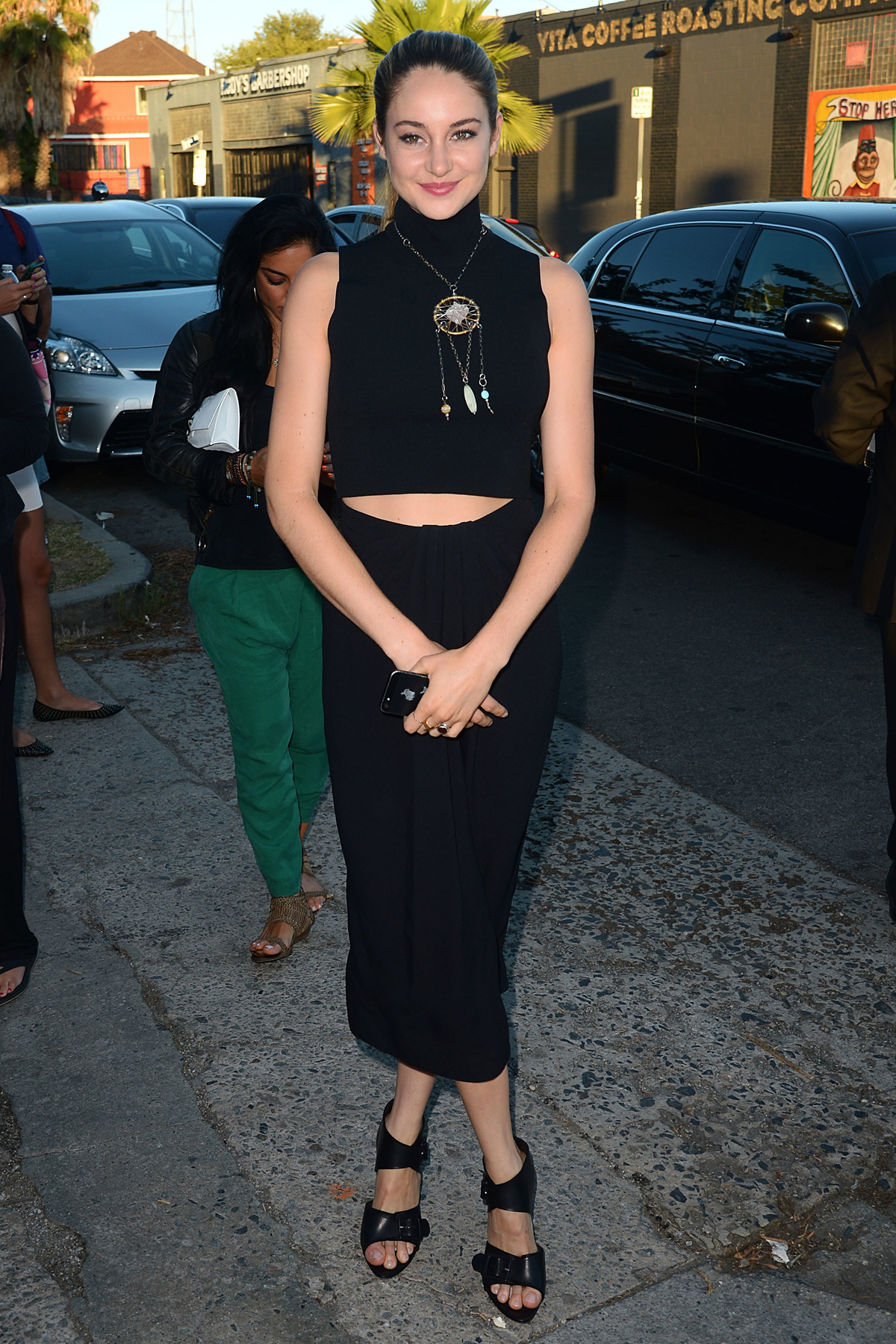 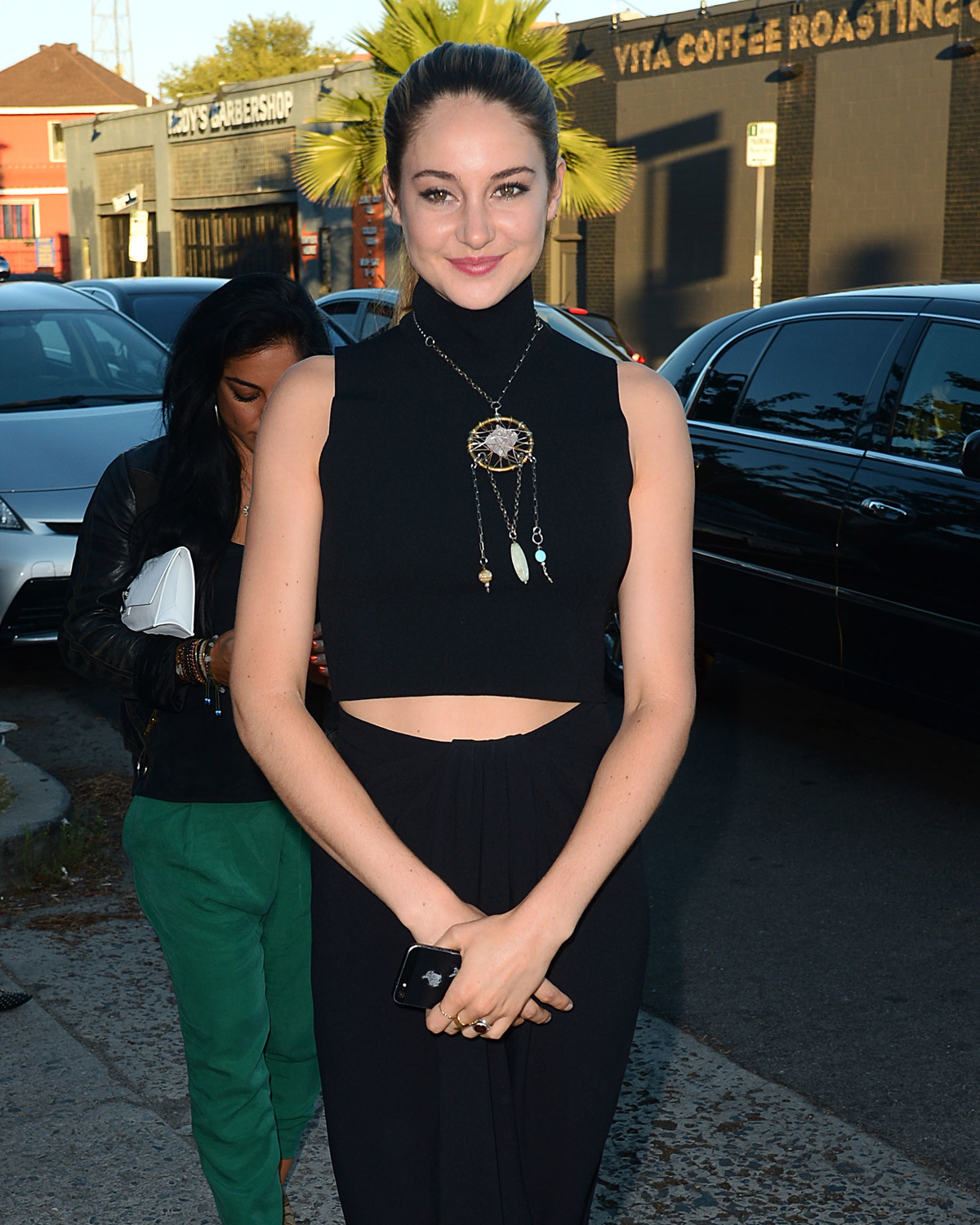 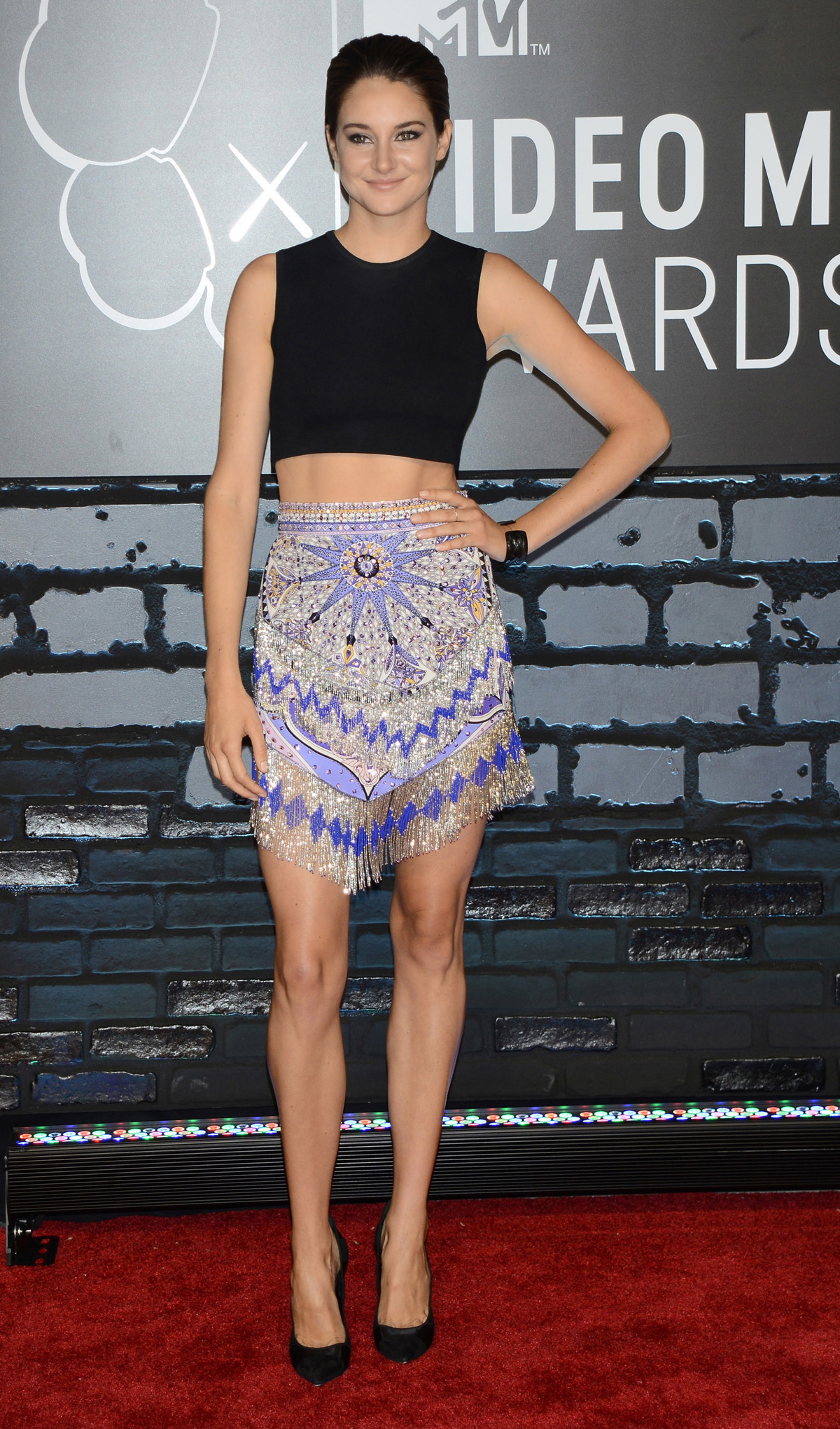 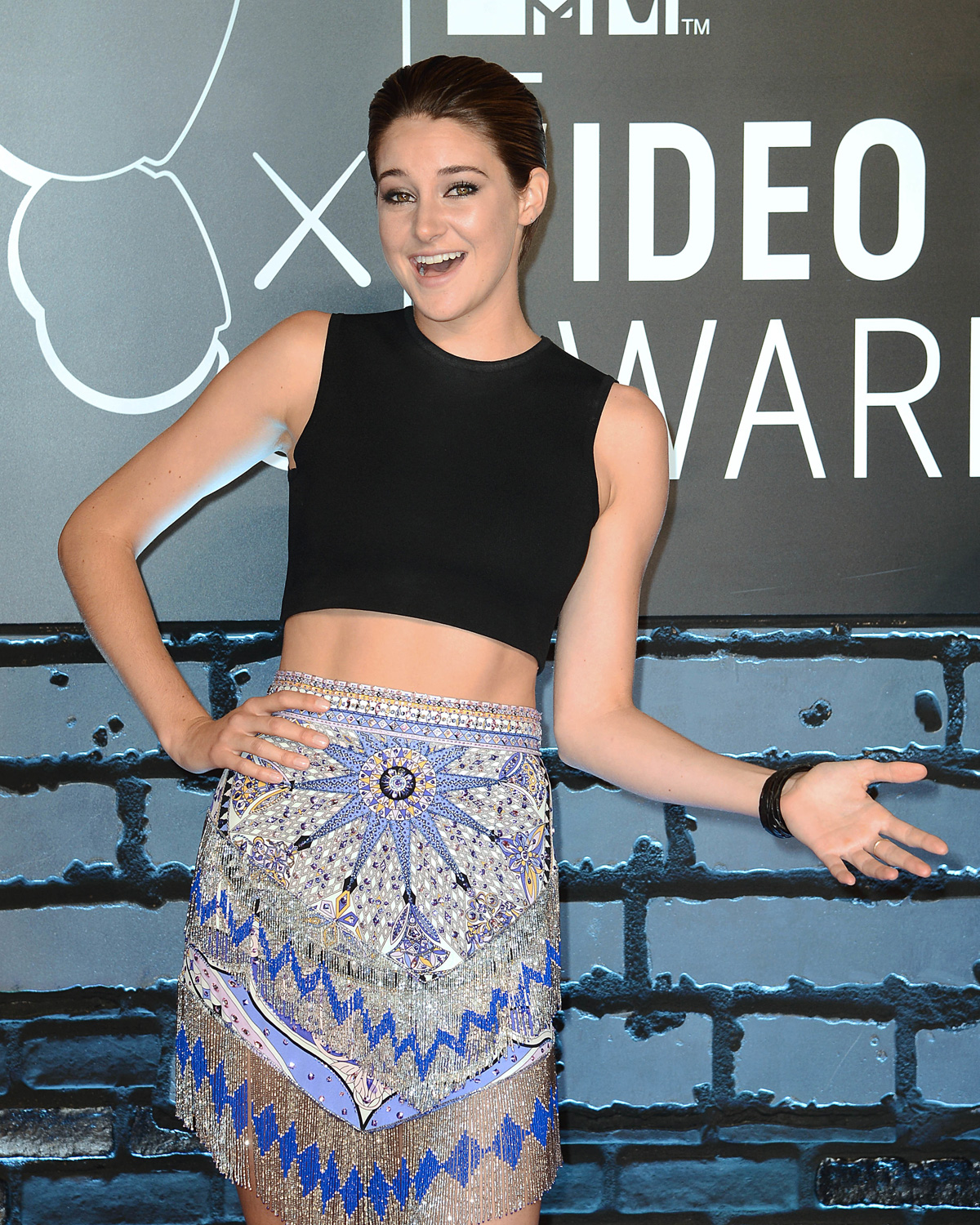 Who can forget Shailene’s 2012 Oscars nomination for her role in The Descendants? Her performance was memorable, and so was the sleek white long-sleeve gown she wore for the awards ceremony. 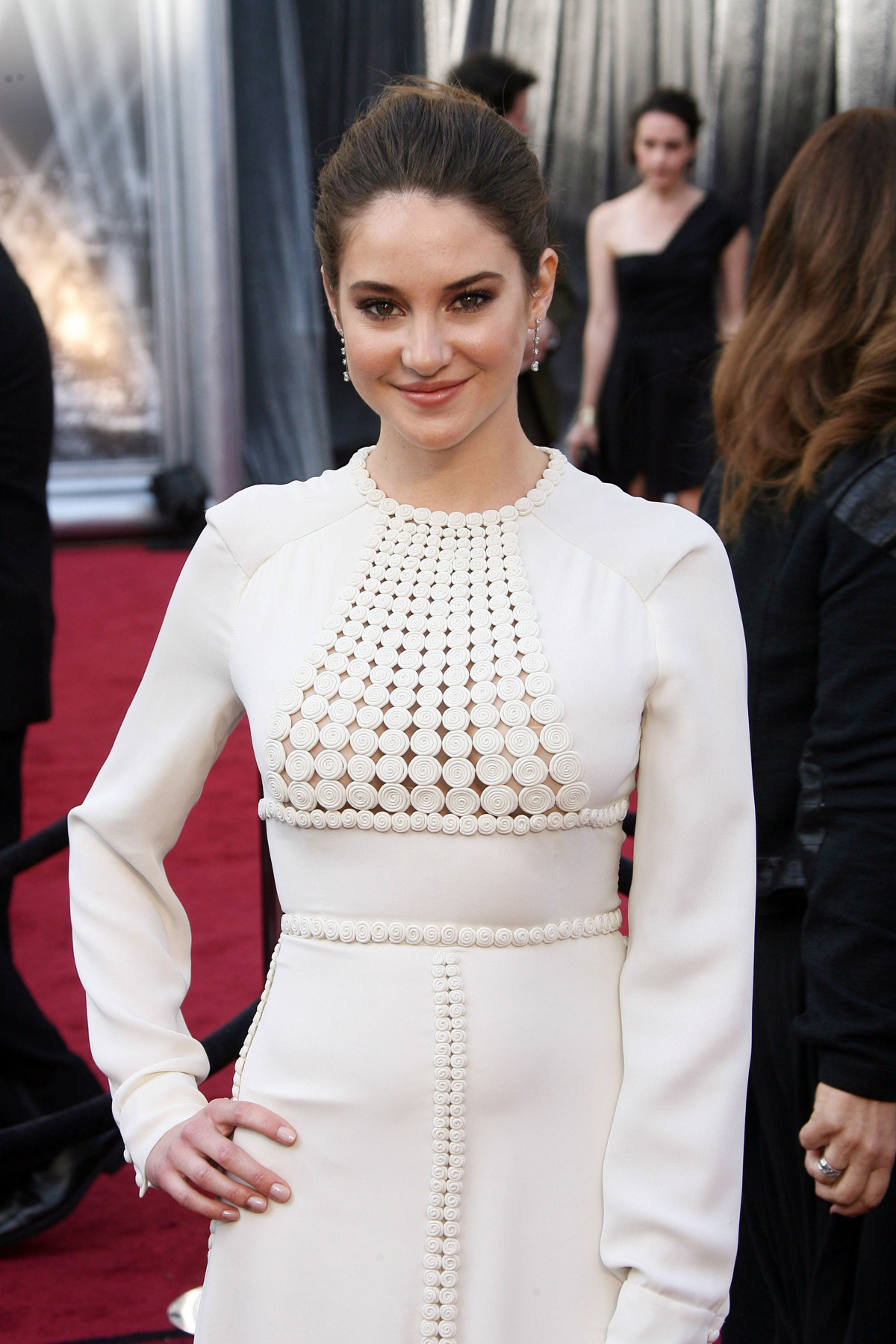 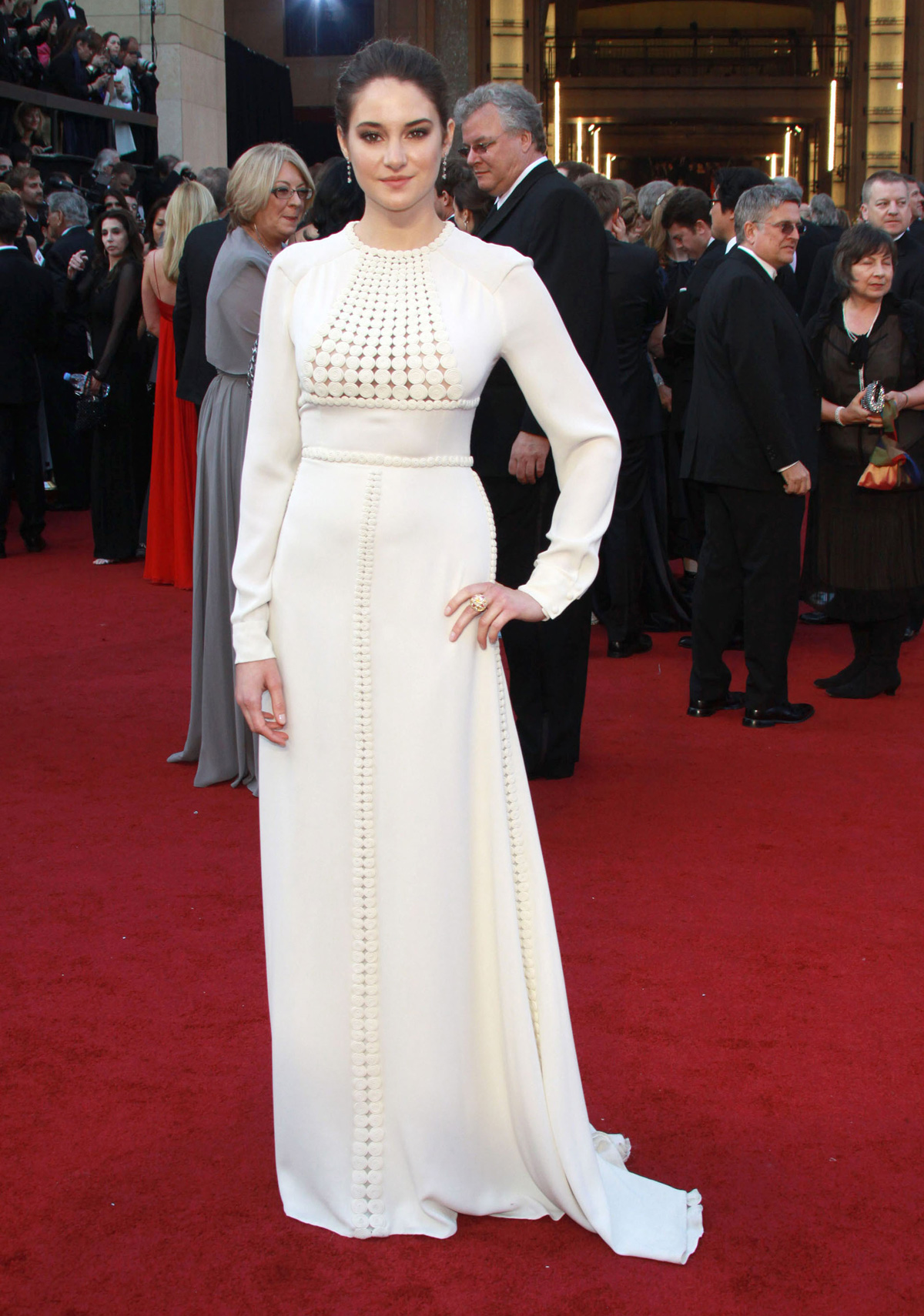 “For me, one of the things that I’m so passionate about in life is empowering young girls to reconnect with their own power.” — Shailene gets deep with Marie Claire. 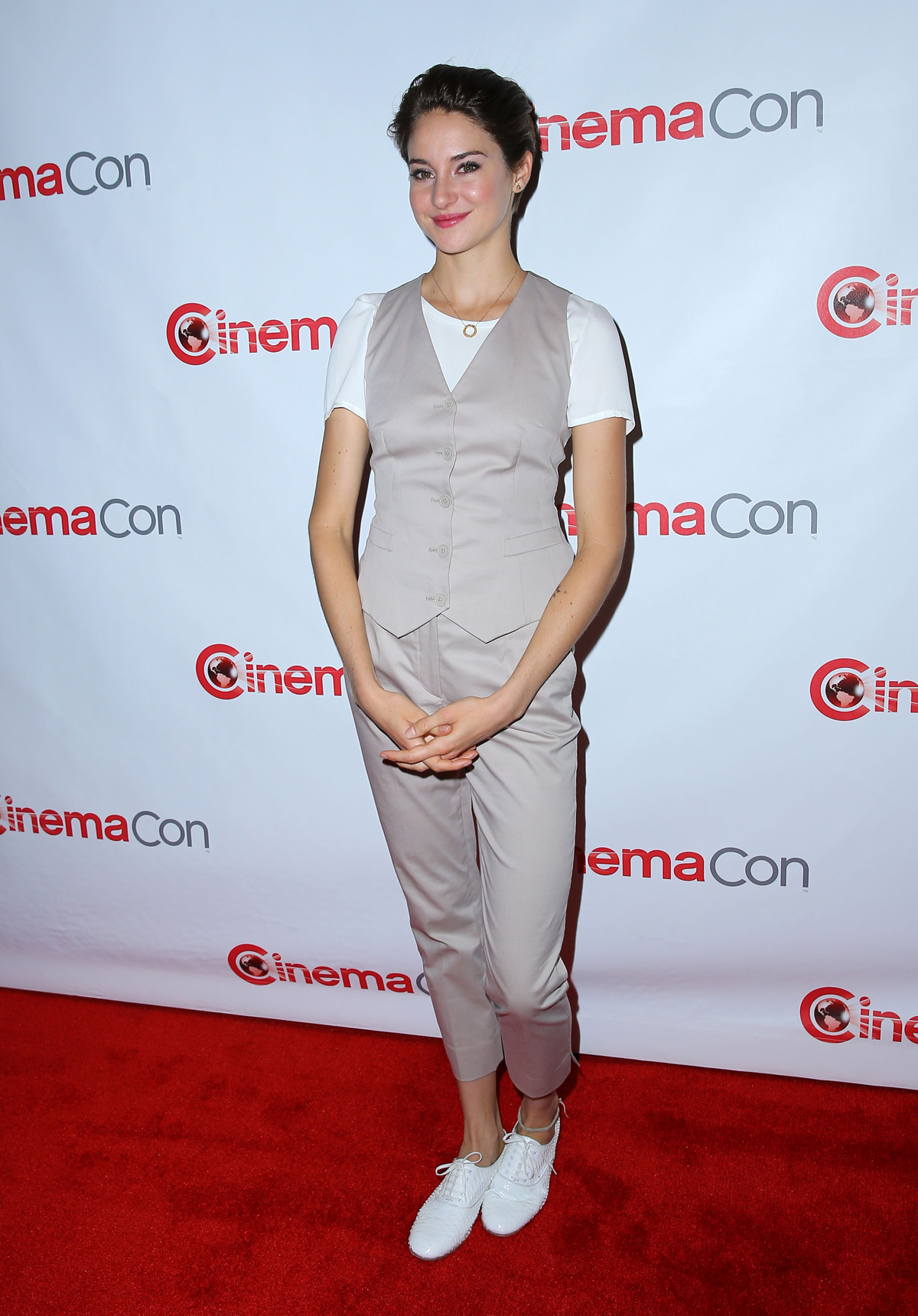