Lupita Nyong’o was probably the most polarizing celebrity at the 2014 Met Gala in her sparkly (and feathered!) Prada gown. Did this year’s style darling make her first fashion flub? Let’s explore.

We freely admit that we spent all of this year’s awards season obsessing over everything the 12 Years a Slave star wore. First, it was the red cape dress at the Golden Globes in January, then she floored us with baby blue Prada at the 2014 Oscars.

She can pretty much wear whatever she wants and look amazing.

Case in point: The 31-year-old Oscar-winner wore a flapper-inspired dress to the 2014 Met Gala, complete with feathers, beads and a futuristic headband. Very few people can pull off the sheer, chain-mail-esque look, but Nyong’o can… and she did. 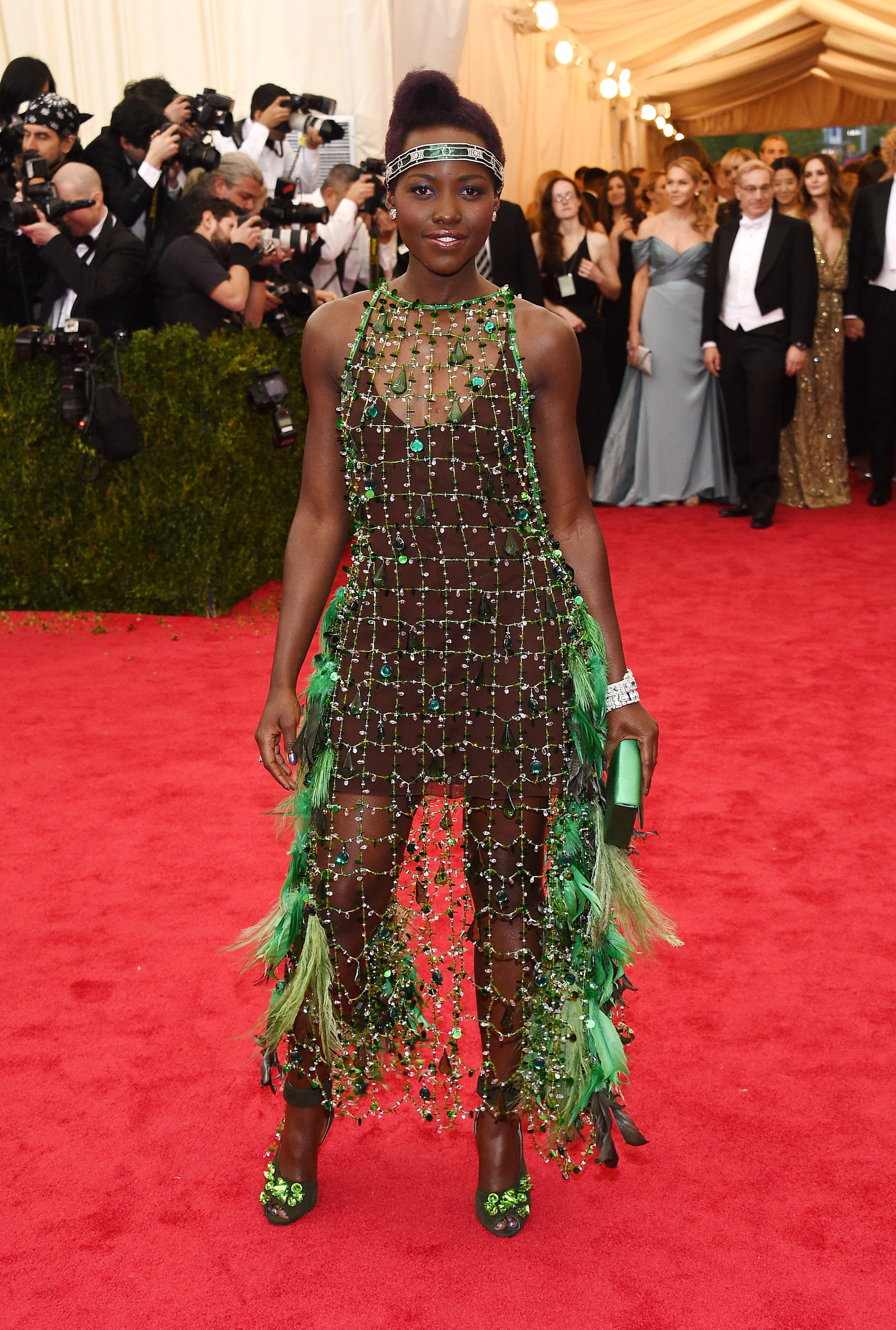 Critics are already calling her dress a “fashion misstep,” but we beg to differ. The inspiration for the 2014 Met Gala, Charles James, was a trailblazer in his time. He created risqué, formfitting dresses for women during a period where women were supposed to be seen, not heard. Nyong’o captured that rebellious spirit with this unexpected dress.

“What’s becoming very obvious to me is that fashion is art,” she told Arise Entertainment 360 in December. “And it’s so great to be introduced to designers who are doing things that express something about me. I’m loving finding myself in clothing.”

She isn’t worried what other people think — and that confidence is inspiring.