Twenty-six (point two) miles is a long distance for anyone to cover on foot so why was runner Katherine Jenkins mocked at the finish line instead of applauded? The Welsh singer drew criticism for running in a full face of makeup, including false eyelashes and diamond earrings. People snarked on Twitter that she was “a diva” and accused her of not taking running seriously. 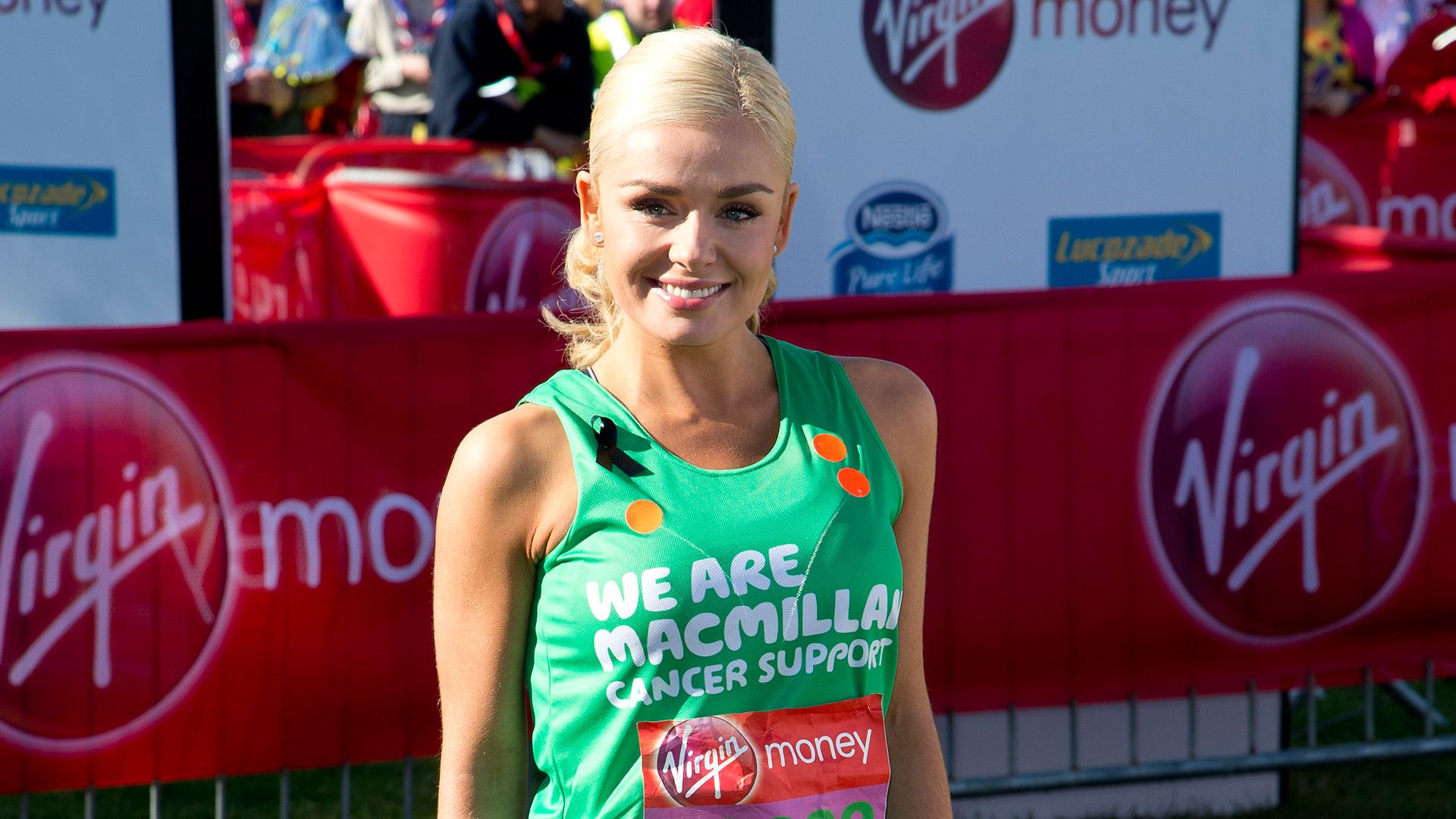 Jan Moir, a columnist for the Daily Mail, summed up the hatred by writing an entire article dedicated to Jenkins’ running makeup. She wrote,

“Among all the runners at the start of the race on Sunday, 32-year-old Katherine was uniquely red carpet magnifico. Her biscuity maquillage was flawless. Hosed on, as they say in the trade. The building trade. She had lashings of pink lip gloss, sooty false eyelashes and sweeping, coal black eyeliner. Not to mention a perfect silvery manicure, those ever-tanned limbs, her blonde hair pulled back into an immaculate ponytail and raisin-sized diamonds in her ears. At points during the race she would pop on a pair of £200 Prada sunglasses just to add to her athletic mystique. Perhaps the only miracle was that she didn’t run backwards, in high heels, while singing the Welsh national anthem at the top of her voice.”

Wow. That is some serious (and very descriptive) shade.

Jenkins replied to Moir in an interview with Seven magazine, saying, “I’m not one of those girls. If I see a girl look nice, I’ll tell her. I’m all for supporting other women being successful. I thought this was really sad.”

Marathoners all over the world are coming to Jenkins’ defense.

“I always wear makeup. Working out, at the beach, at the pool, everywhere. It’s fun to put on, fun to wear and gives me confidence,” says Mandi Jenkins, a marathon mama in Utah. “I do better when I look good! I exercise longer, harder, better when I’m wearing a cute outfit and look put together, for some reason.” 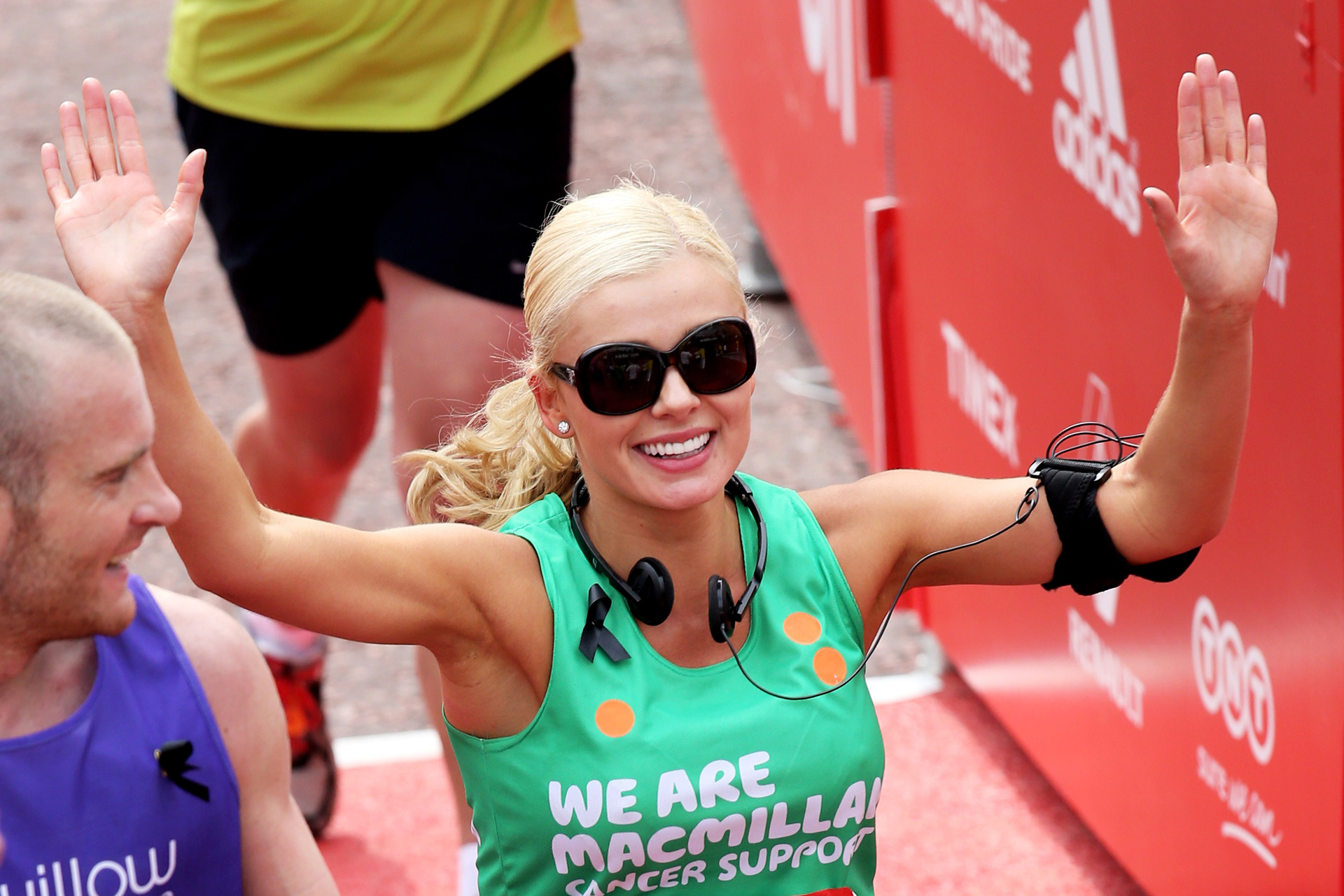 Others have pointed out that the ubiquity of race course cameras may make women more self-conscious and say it’s important to stick to your normal routine on race days even if that includes makeup. Plus, Mary Kay made a mascara specifically for triathletes so obviously Jenkins isn’t the only one who prefers to work out in makeup.

That said, some runners, while they stand by Jenkins’ right to wear whatever she wants, question the societal rules that make women feel like it’s necessary to look their best even when doing something so physically challenging. “I don’t see the point, honestly,” says Amanda Loudin, a race coach. “It’s a race, not a beauty contest.”

For myself, I usually wear mascara when I run and I’d never even thought twice about it until I read about this current controversy. As for others, I don’t care if you run in a banana costume — whatever helps you get through all those miles, and is legal, is fine by me. Although you might want to make sure your makeup is waterproof just to keep it from stinging your eyes when you sweat.

Oh, and did I mention Jenkins raised over $50,000 for a cancer charity? Carry on, lady.