When one of Jane Roper’s 5-year-old twin daughters began having symptoms such as sporadic fevers, stomach aches and pains in her legs and hips, Jane never could have imagined the outcome.

Related story 5 cyber safety tips every parent should live by 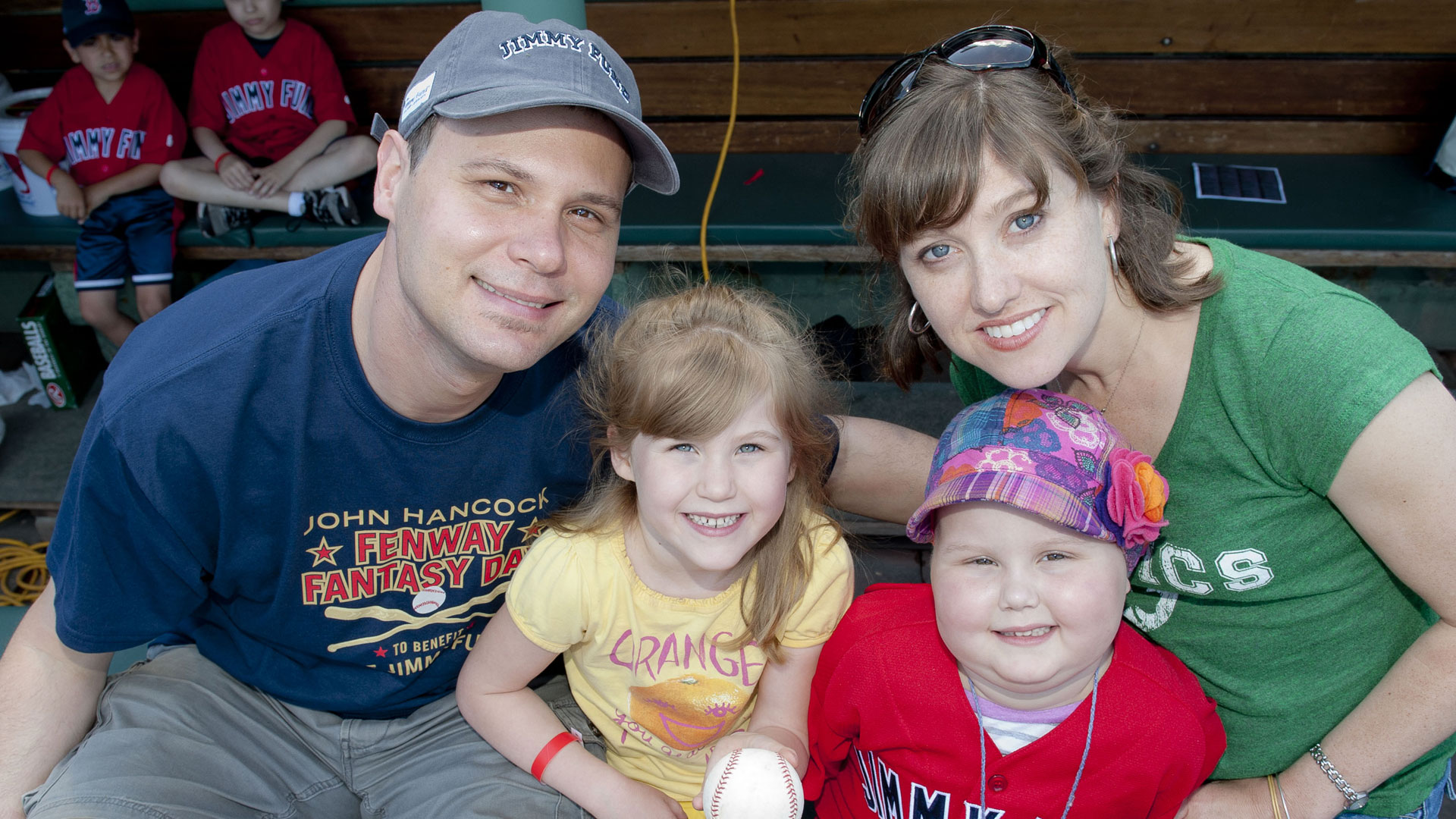 After a few trips to the pediatrician that resulted in blood work and even tests for lyme disease and rheumatoid arthritis — all of which the doctors said were normal — Jane and her husband Alastair Moock took their daughter Clio to the ER following yet another fever of 105 degrees. They discovered that Clio had acute lymphoblastic leukemia, the most common type of childhood cancer. Treatment began just three days after the diagnosis.

Skin cancer checks for kids: When to take them >>

Clio was given a spinal tap which was injected with her first dose of chemotherapy. A month of very intensive treatment would follow. Jane says, “Those first few days, I was in shock. It was so intense. Horrible. Terrifying.” A moment came a few days after the diagnosis where Jane found herself putting on makeup, brushing her hair and getting dressed after being a self-described “total wreck.” She says, “The ground had rematerialized beneath my feet. I realized that this is the ‘new normal.’ I couldn’t stay in crisis mode forever.” She knew she had to avoid getting overcome with worry and anxiety and instead stay focused on being there for her girls and keep them feeling safe and secure.

Continuing to live their lives in largely the same way was an important key to helping her daughters feel like things were still normal. So Jane and her husband worked hard to balance the time between their daughters since they naturally spent so much time with Clio at the hospital. “We started alternating nights while Clio was in the hospital, and one of us would go spend time with Elsa doing something fun. It was an escape for a few hours, to do something special for her,” Jane says.

She also credits the hospital’s Child Life Program which offers arts, crafts and music activities for sick children as well as organizations like Make-A-Wish and The Hole in the Wall Gang Camp for doing their part to create normalcy for sick children.

Though Jane rebuffs the idea of being called a “hero mom” by saying simply that she did “what anybody would do,” she does have encouraging words for all moms out there. She says, “Take good care of yourself. Take moments to step back and look at the small things that you are accomplishing — even just getting through the day. Don’t beat yourself up about things you could be doing better or acting or coping in a certain way. Be kind to yourself.”

Love yourself to love your kids >>

With Clio approaching her final treatments of the two-year course this July, Jane is able to look back on the experience with gratitude. She says, “Having something this difficult happen in my life has left me feeling grateful for my situation. So many people have it so much harder than I do. I have a wonderful support system. I feel a much greater sense of connection with other women with children who have other diseases or special needs, and I have a greater appreciation, compassion and empathy for the burdens that others carry.”

Meanwhile, she and her husband, both of whom are artists, have chronicled the experience in their own ways. Jane, a writer, has blogged throughout Clio’s journey with leukemia. Her husband, a musician, created an album, Singing Our Way Through, for families with children facing cancer, that he is distributing to clinics all over the country. Jane adds, “Our family is trying to pay it forward and bring a sense of happiness and comfort for others going through this type of situation.”

You can be a hero! This Mother’s Day nominate the hero mom in your life from April 19 – May 13 with #MyHeroMom. On April 29th Northwestern Mutual will donate $25,000. For every image upload, Facebook share, like, tweet, or retweet, Northwestern Mutual will donate $5, up to $50,000, to fund 1,000 hours of childhood cancer research through Alex’s Lemonade Stand Foundation. Start sharing now.

My child survived cancer
Be present: Life lessons from a mom living with terminal cancer
Mom story: I went from welfare to life coaching