Thanks to the latest iPhone, we probably all have quite a few slow-mo videos to chuckle at. But if you haven’t checked out your dog shaking off excess water in slow motion yet, you are surely missing out. Watch these dogs shake it, and the scientific reason behind it. 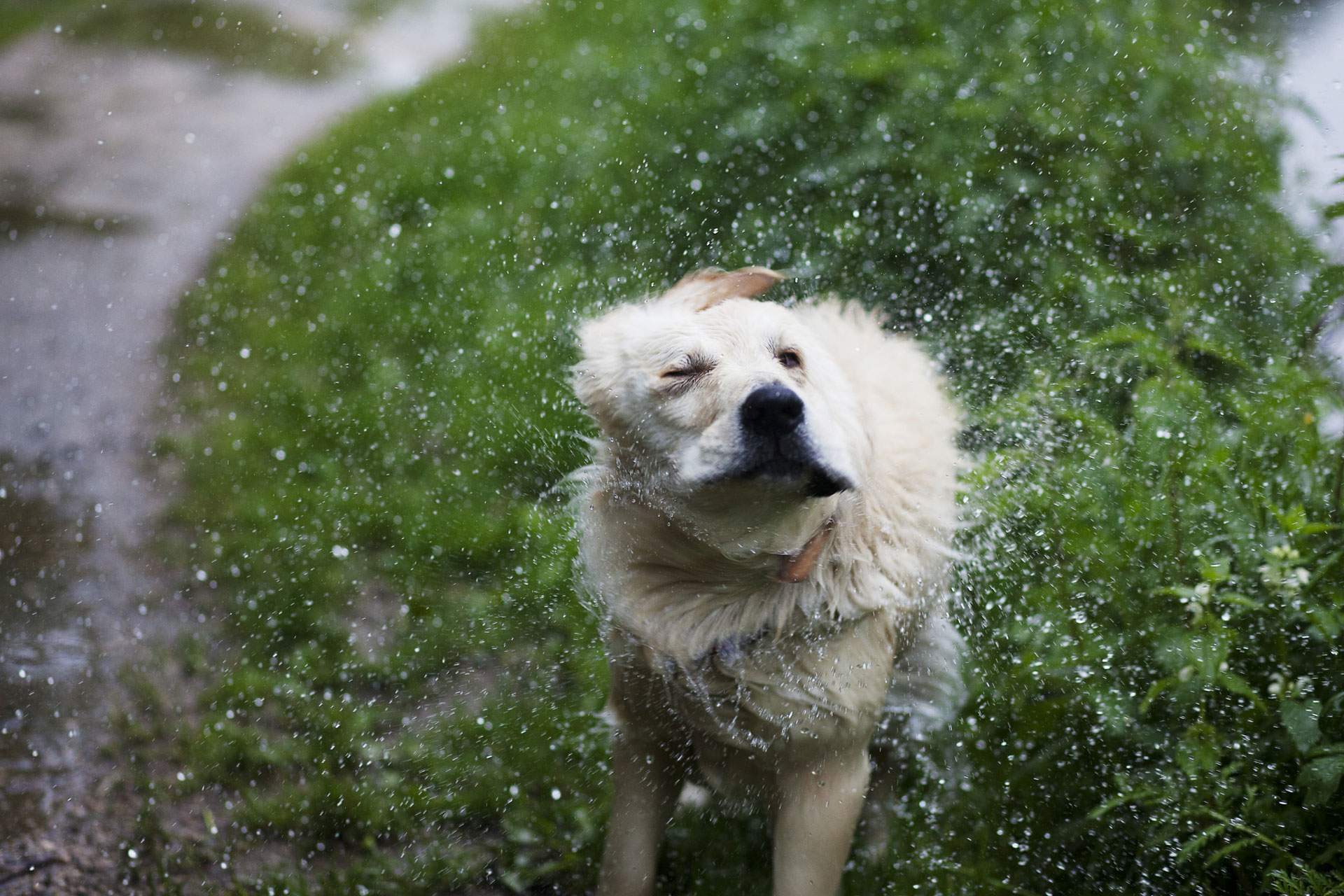 We all know that dogs have some strange behavior, but more times than not, there’s a reason for their odd mannerisms. Take, for example, shaking their fur when wet. From the way that they move, the timing and the shake itself, it is a calculated move done by dogs everywhere.

It’s in the skin

When a dog begins to shake, the energy is propelled from its head throughout its body. Since dogs can’t fully rotate their spines like humans, it’s actually the loose skin that helps them shake off the excess water. And the larger your dog, the bigger the shake, and the bigger the scratch.

He’s a fast one

Your dog can shake 70 percent of the water from its body in four seconds. Smaller dogs need to shake faster to get more water off of themselves, while larger dogs shake slower. This all points to the skin. Since larger dogs have more, it’s easier for them to shake off more water in a slower motion. Whereas smaller dogs don’t have as much skin and need to move a bit more rapidly to get the water off. That’s why Chihuahuas look a bit more funny when doing their shakes.

Watch these dogs shake it out in slow-mo