Oops… even celebrities get it wrong sometimes. We’re telling you why Kylie Jenner and Jared Leto’s Coachella fashions fell short in our weekly feature. Learn from the stars’ sartorial slip ups. 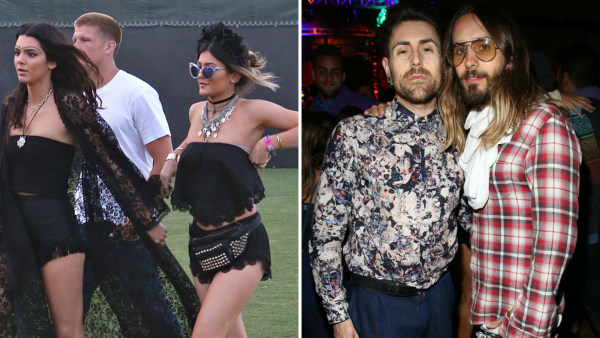 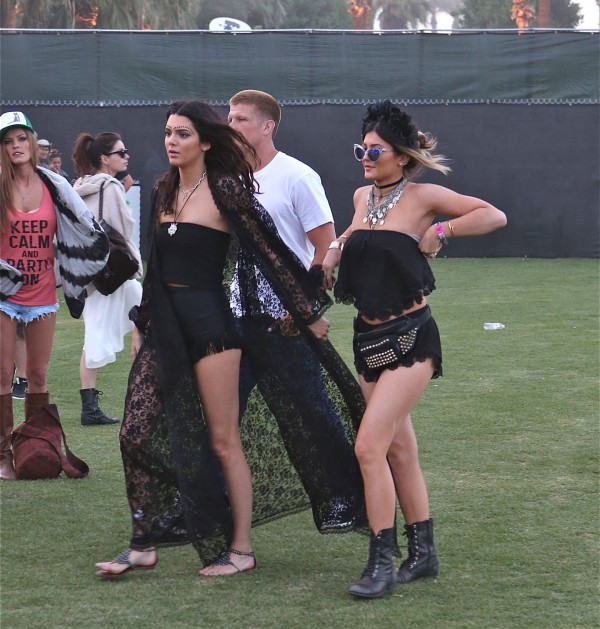 Kylie Jenner hit Day 2 of the Coachella music festival with her sister Kendall in this goth getup that was less boho chic, more boho-oh-no-she-didn’t. If you watch Keeping Up With the Kardashians, you know that the 16-year-old definitely has some edgy, cool style, but we’re giving this angry flower child ensemble a thumbs down.

Midriff tops are all the rage at the desert fest and Kylie’s black one is OK, but her shorts are so small, it looks like she’s wearing a black diaper. The reality star borrowed Steve Madden combat boots from fellow festival-goer Selena Gomez and piled on the accessories, adding a studded fanny pack, tons of necklaces and the requisite floral headband.

The final verdict? Since she’s already showing skin in her crop top, we would have gone for a maxi skirt instead of tiny shorts on the bottom and ditched the flower crown, which is completely played out. Does her dad, Bruce Jenner, know his 16-year-old daughter is running around Coachella like this? We doubt it. 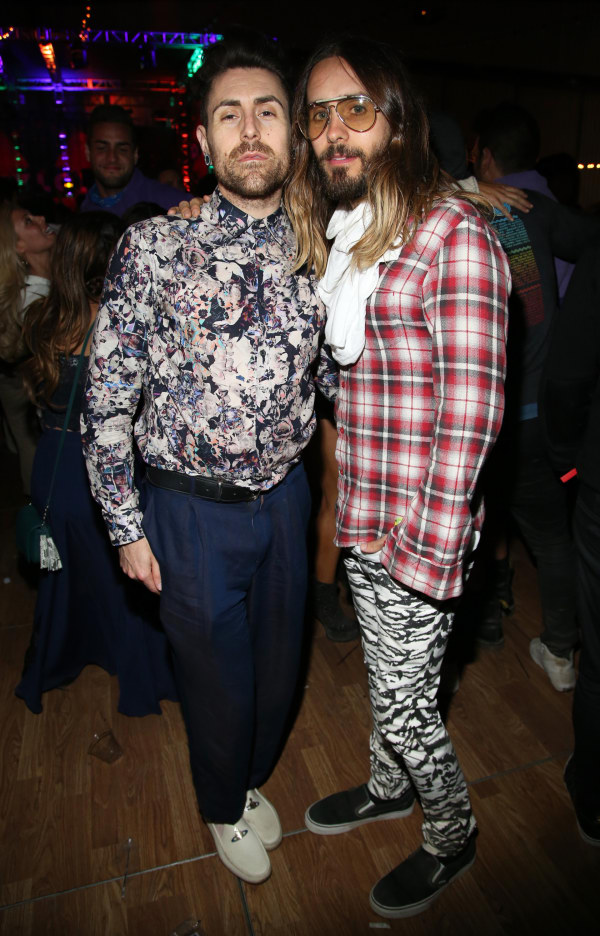 Thank you, Jared Leto, for proving that bad festival fashion isn’t just for the ladies. The Oscar-winning Dallas Buyers Club actor donned his fugliest outfit for Nylon and Olay’s Neon Carnival party, presented by Guess. Have you ever seen an outfit that clashes more? We think not.

Jared went for a typical hipster flannel on top but clearly needed to stand out from the rest of the indie bros at the fest, so he threw on zebra print skinny pants and some sort of puffy scarf or tie. Why is he wearing his sunglasses at night? Does it hurt his eyes to look at this ensemble too? We feel your pain.

The final verdict: If he wanted to wear those wild pants, he should have paired them with a simple black tank top or plain white T-shirt instead. Animal print and flannel should never be worn together. At least his signature ombre colored coif looks fabulous as always.