We went backstage at the chicest parties of the Coachella Music Festival to give you a peek at the weekend’s hottest celebrity styles. 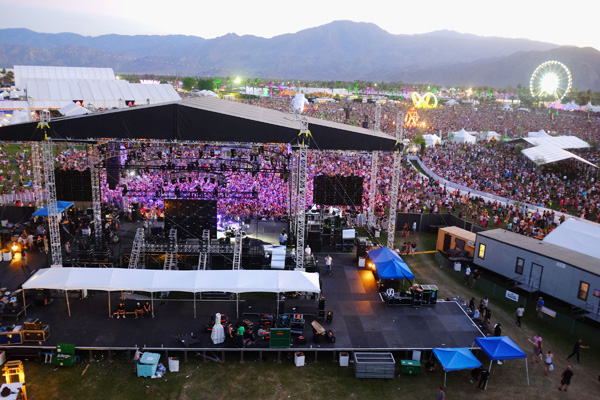 Everyone knows that style-scoping is as much (if not more) important than catching the actual bands at the Coachella Music Festival.

Festival-goers spend weeks deciding on the prefect duds that will embody their eclectic mix of up-to-the-minute trendiness and laid-back hipster aloofness.

It’s not an easy style to nail, and no one does it better than the celebrities. This year we got inside access at all of the weekend’s hottest parties to bring you the top celebrity styles seen at Coachella. 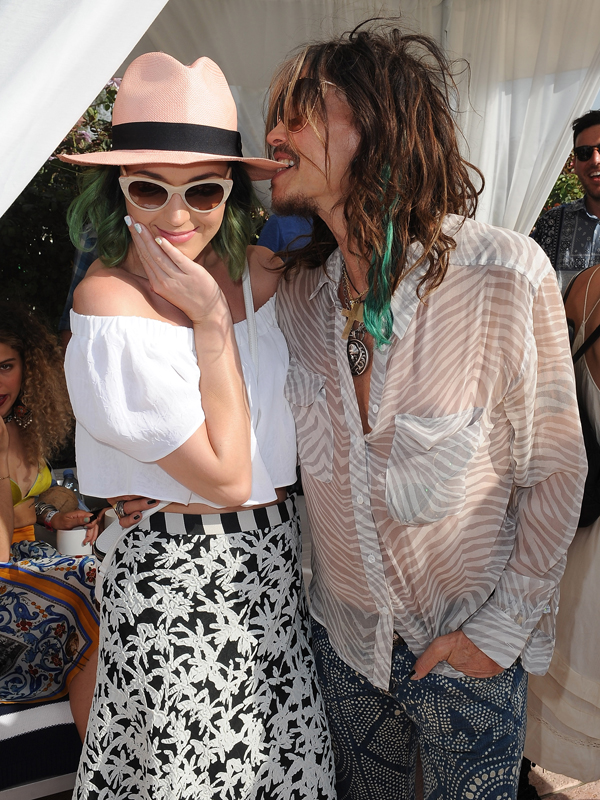 We must say it was refreshing to see Hough choosing not to embrace the whole “denim-underwear” trend that’s so widely accepted at the festival. 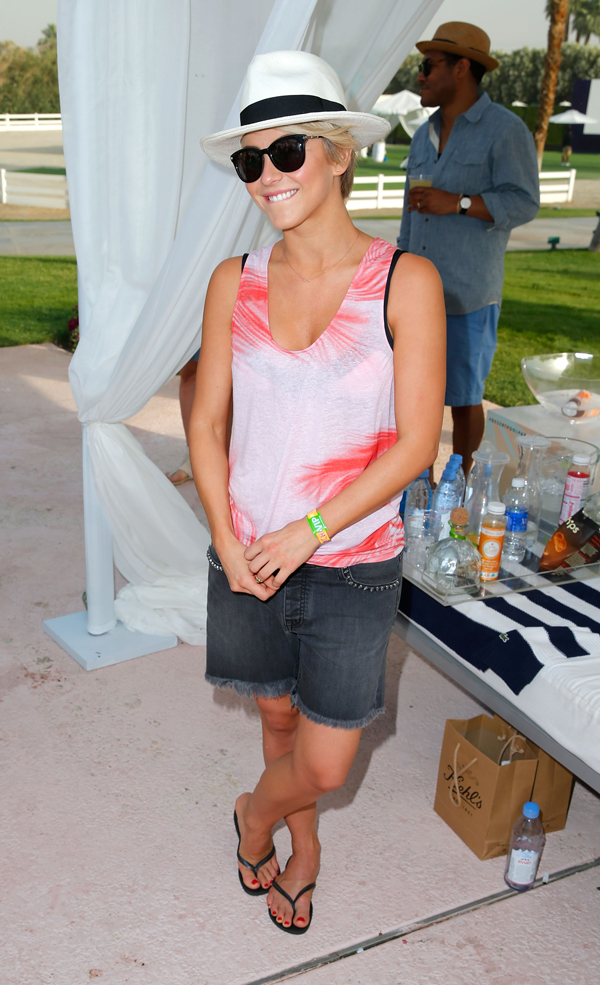 Actress Jenna Malone went one step further, mixing the two popular trends (denim and fedoras) with one more recent runway favorite: tartan. While this would usually be pushing it as far as style-stuffing goes, we think she pulled it off nicely. 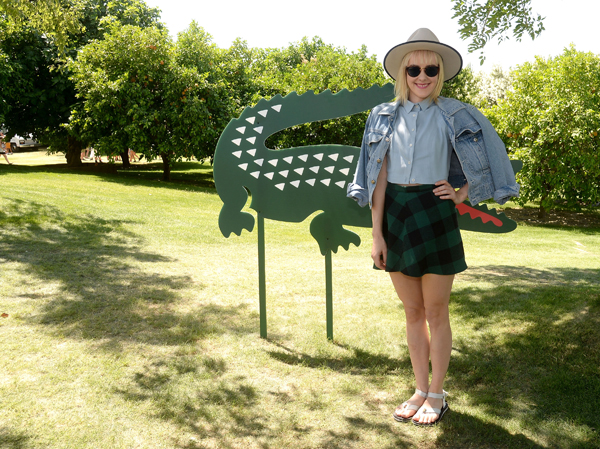 Another gal who opted for a grown-up denim look was style star Louise Roe, who paired her frayed blue jean shorts with a button-up denim shirt at Kari Feinstein’s Music Festival Style Lounge over at the La Quinta Resort in Indio.

Roe was rocking “just rolled out of bed” waves with a pair of cool bright blue slip-ons. Very concert chic. 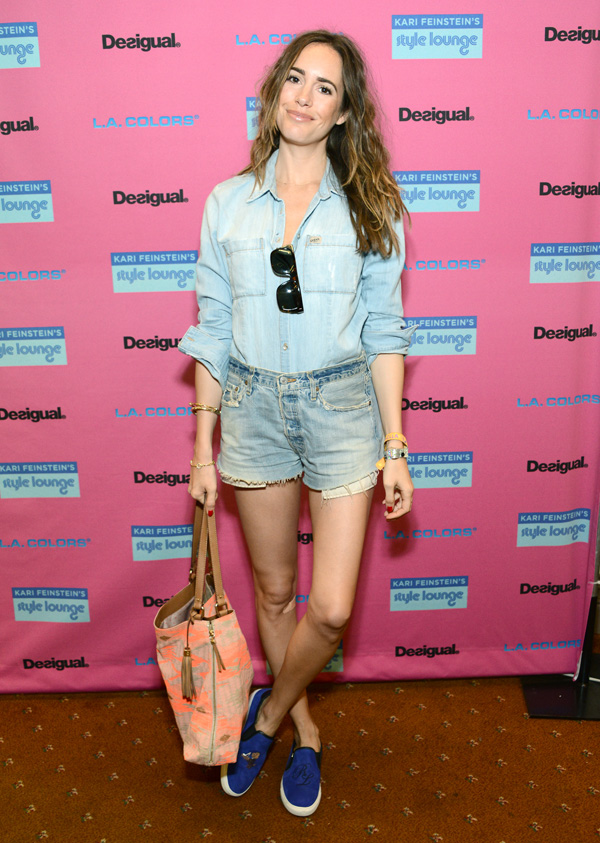 The most understated look of the day went to Emma Roberts, who paired an un-frayed, cuffed and appropriate-length pair of denim shorts with a preppy tank top polo. Her Aunt Julia would be proud. 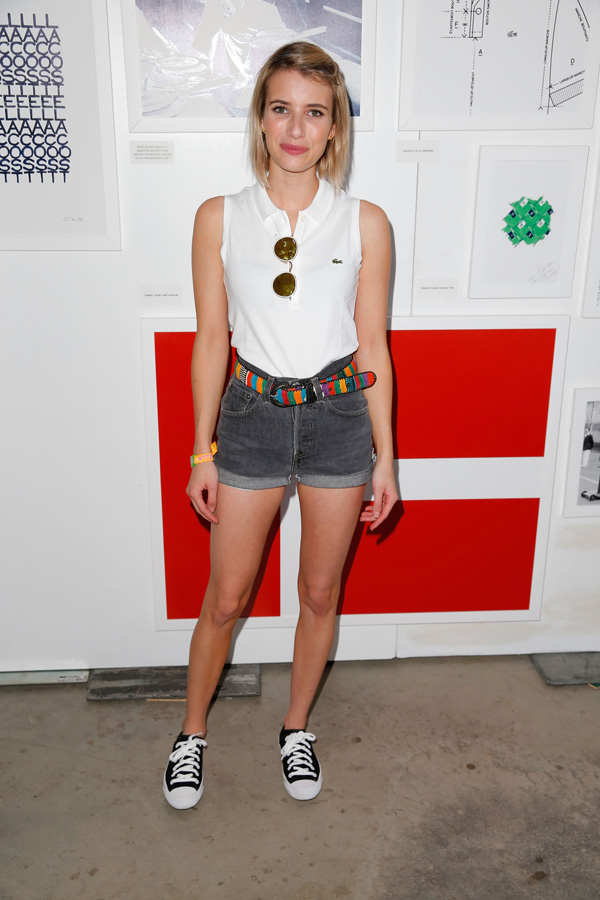 Staying warm was many celebs’ main priority as the temps in the desert dropped each evening.

Celebrities like Carmen Electra and Kelly Osbourne were both snapped wearing full-on leather jackets to face the cold at the Neon Carnival with Guess, presented by Nylon and Olay Fresh Effects. 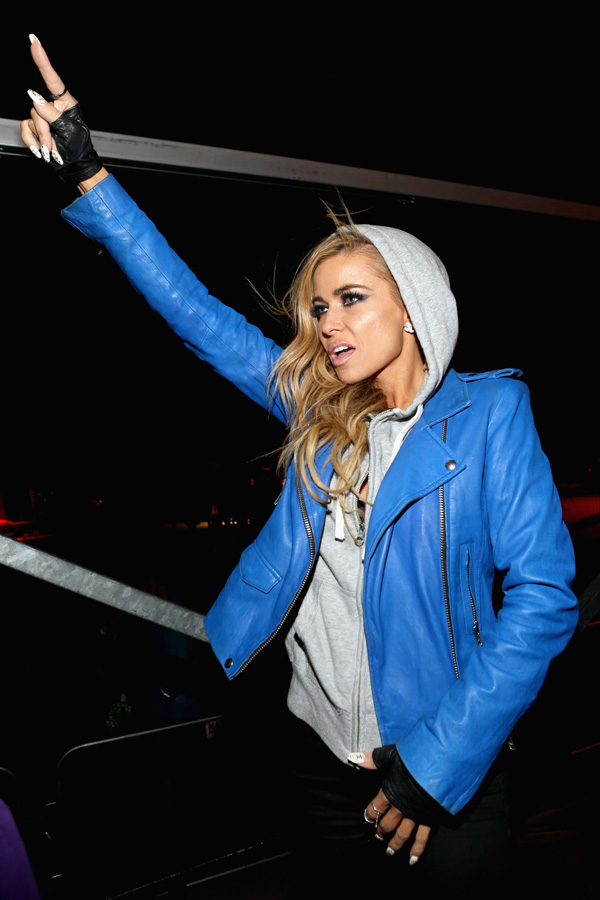 While Osbourne opted for basic black, Electra embraced the event’s name in a bright blue jacket. For further armor she wore a hoodie underneath and black biker gloves. 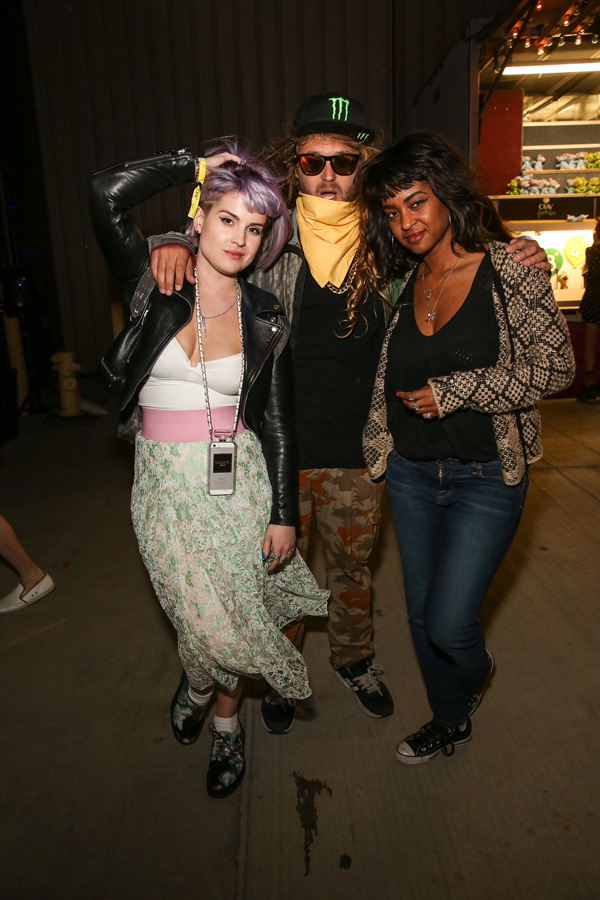 Another day, another funky outfit for Katy Perry. 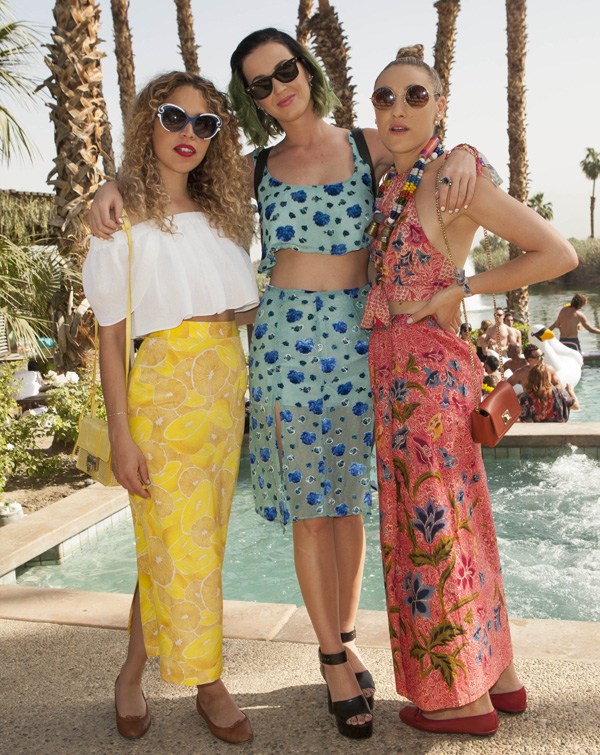 Back at day two of the Lacoste party, Keeping Up With the Kardashians‘ Kendall Jenner shocked us with a large gold hoop nose ring, attached to her ear.

Paired with a turban and flower-framed sunglasses, this look was far from the innocent image of Kendall’s early days. 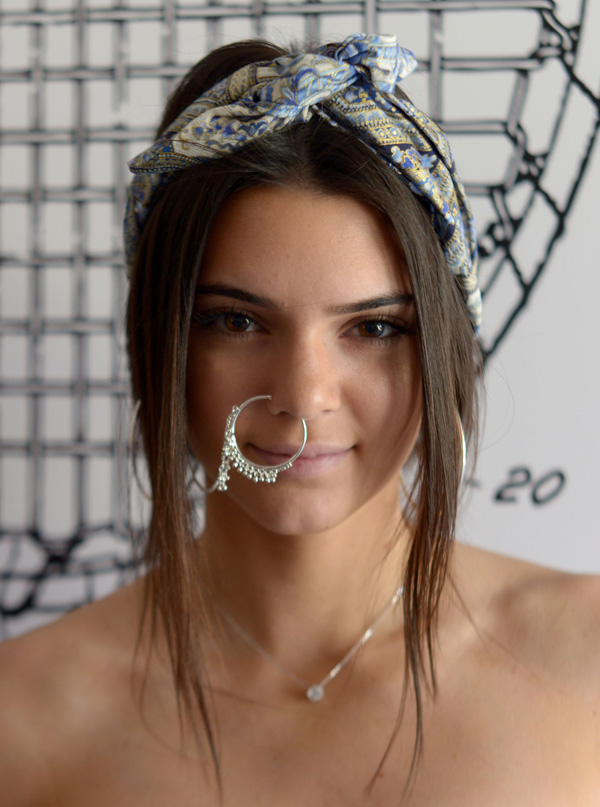 But the craziest accessories of the weekend were seen on Lady Victoria Hervey. The U.K. model and pal of Lindsay Lohan decided to wear a pink unicorn backpack and multicolored knee-high fur boots to the Neon Carnival.

This choice was a little surprising from the usually stylish socialite. Hey, at least she was warm. 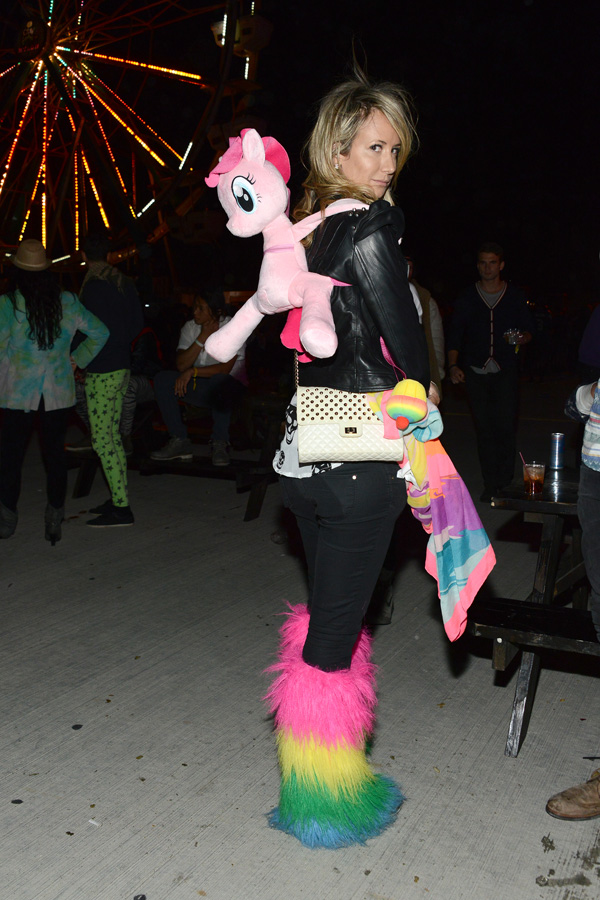 This Gaming Sale Has PS5, Nintendo Switch & Xbox Series X Consoles Up to $200 Off — & It Includes Free Shipping