No matter how old you are, you’ve likely heard your parents or grandparents complain about the price of gas. But how bad is it really? The truth will surprise you. 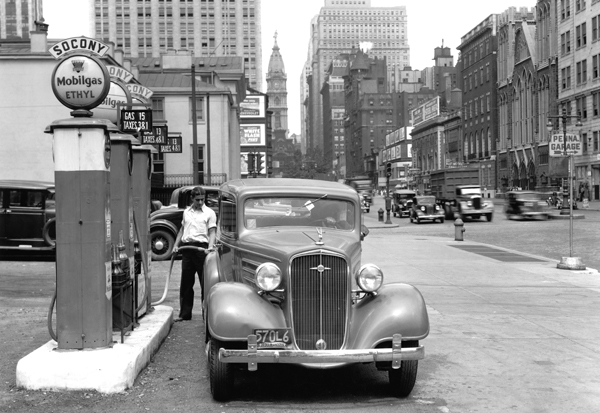 The U.S. Department of Energy has been keeping track of rising gas prices since 1919. It’s great to think about the “good old days” when gas was .25 cents a gallon, but does the price itself really paint an accurate picture?

Prices throughout the ages

First, let’s take a look at what the DOE says gas prices have been over the years and what the department and historians say contributed to that rate.

Seriously, cheaper than a pay phone (which we’re pretty sure still exist somewhere). Most people still didn’t own automobiles, and the population of the U.S. was much smaller. 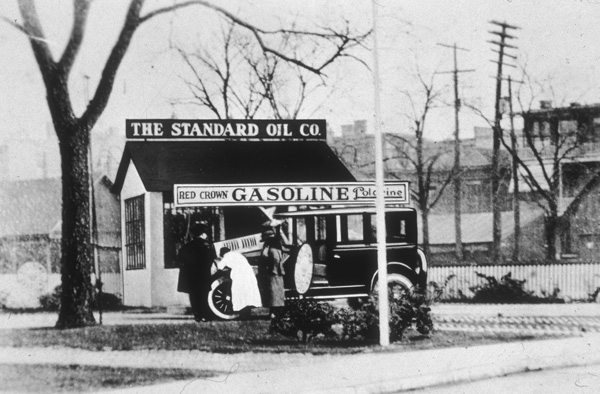 Three people look under the hood of an automobile in front of a Standard Oil gas station.
(Photo credit: Hulton Archive/Getty Images)

Still not so bad. The number of vehicles on the road spiked, but the price of gasoline still rose slowly until the ’70s, not even quite doubling for almost 30 years. 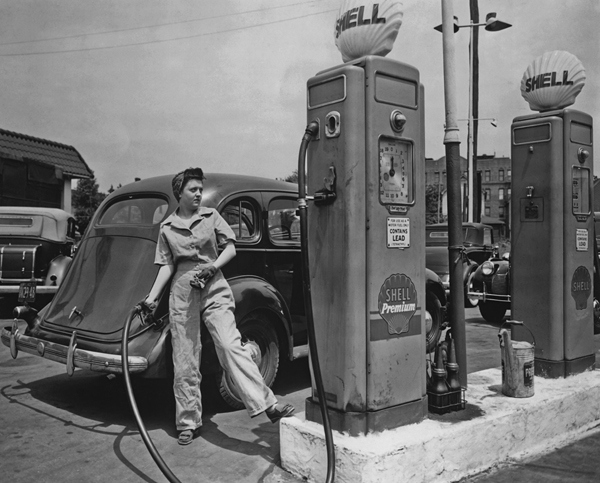 Given that there was an embargo on Arab oil the year previous, doubling doesn’t seem so bad. Problem is, it kept going up quickly over the next six years, which is when the real complaining began. 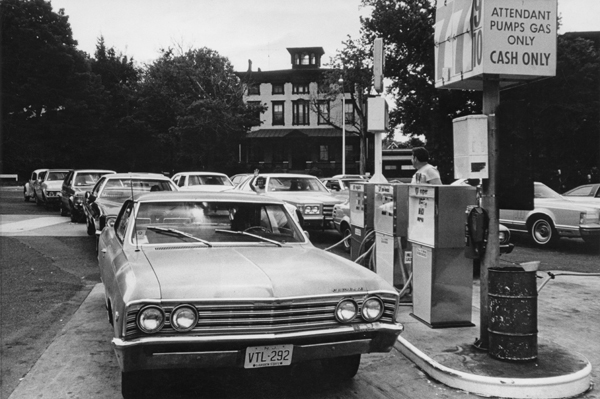 Gas prices kept going up, especially since higher-quality cars necessitated (or at least encouraged) people to use higher-quality gas. Fortunately, the price steadied itself around then and stayed that way for a while. 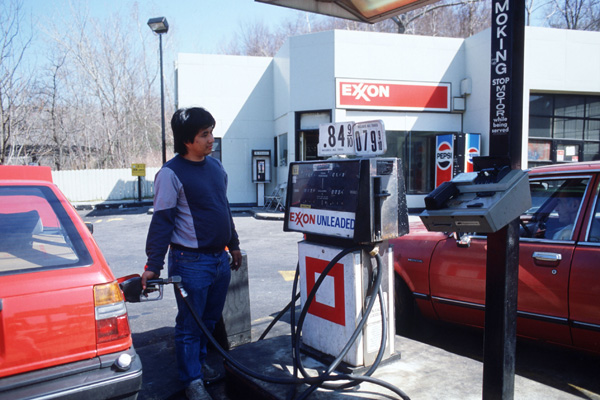 Nothing good lasts forever. With more automobiles on the road worldwide than ever before, gas providers had plenty of competition among the countries, a high-enough demand to wipe them out, to contribute to raising prices. 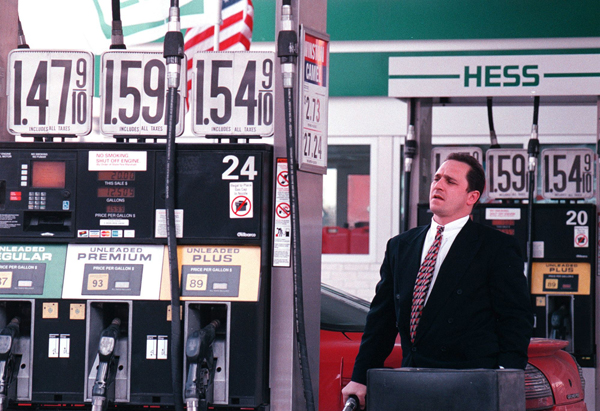 Fast-forward to today, when prices spiked to $4 or even $5 per gallon. 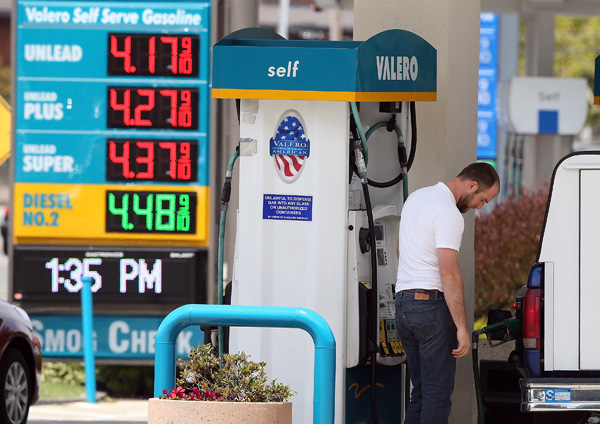 A customer pumps gas into his truck at a Valero gas station on July 22, 2013, in Mill Valley, California.
(Photo credit: Justin Sullivan/Getty Images)

It’s actually not that bad. You heard that right. The problem with tracking these absolutes is that they don’t factor in one very important thing: inflation. According to The Cost of Living, the average wage in 1919 was $920. The prohibition was in full swing, and the average car cost $525.

Turns out, gas isn’t all that expensive in comparison. Len Penzo, finance blogger, found at least nine other items that were more expensive than gas in 2011. Among them were Coke, Tabasco, Simply Saline (contact solution), Red Bull and even Coffee-Mate creamer. The price of milk may equal or top out gas in many locations this year.

InflationData.com notes that since we all tend to see gas prices in terms of small windows of about five years, it can distort our vision when it comes to seeing how it all comes together. Believe it or not, “except for a few short-term spikes, gas in inflation terms, was actually trending downward from 1918 through 1972.” Basically, the cost of living was changing so much that despite actual prices rising, gas prices weren’t rising as quickly as the costs of other things, which is a good thing.

The best way to know what’s really going on is to pay attention to the cost of everything you buy regularly. To keep an eye on the future of gas prices, check out fuelcaster.

Could you be subject to tax penalties under the Affordable Care Act?
7 Secrets your bank is hiding that could destroy your finances
6 Free ways to prepare your taxes

21 hrs ago
by Leah Melby Clinton