Seeing strays often pulls at the heartstrings, but is it wise to attempt to tame a feral cat? We chatted with cat training expert extraordinaire Jackson Galaxy to find out. 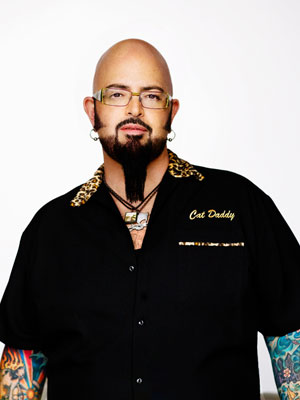 Cat lovers everywhere are already aware of the plight of feral cats. No doubt, they can be a nuisance — they’re loud, stinky and often flea-infested. But a growing number of animal lovers like us want to solve the problem without euthanizing the animals, which the Humane Society says doesn’t work anyway.

The Humane Society advocates what it calls the “Trap-Neuter-Return” (TNR) philosophy, which it thinks is more effective than euthanasia. Those of us who feel sorry for the feral cats may be tempted to rescue and domesticate them. But is that a good idea?

We chatted with Jackson Galaxy, host and producer of Animal Planet’s My Cat from Hell, who currently has three feral cats living on his property. His door is open to them, but will they walk through? According to Galaxy, they might, but only on their terms.

Strays are lost domesticated cats; feral cats are literally born wild. They’ve never lived with humans and behave more like a lion than Morris. They live in colonies and are extremely suspicious of humans, and while they’re small, they can be dangerous to humans they feel threatened by. They don’t “get us” like domesticated cats do, even the most aloof of which welcome human contact.

Can you domesticate a feral? 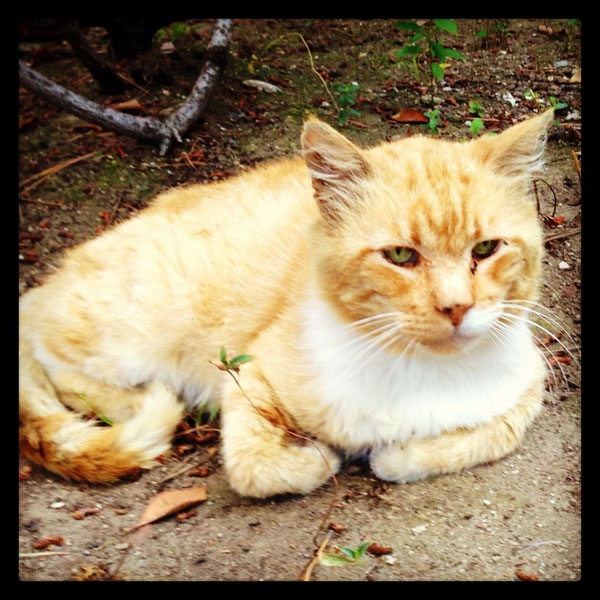 Meet Oliver, one of Galaxy’s ferals.

According to Galaxy, “it depends on the cat.” He says that everyone has a different theory on what age is too old for domestication. Some say as young as 3 months may be too late.

He also notes that cats have their own personalities. Two from the same litter may react differently, one being reintegrated successfully and the other not. He says he’s never had one that was 5 years old that he could bring into the house.

That said, he does talk about what he calls “house ferals.” They’re not “domesticated” because they’re not an integral part of the human/cat social structure, but they can be around humans.

Are there experts who can help?

Galaxy was really clear here. Anyone who tells you they’re a feral cat training expert isn’t telling the whole story. But that doesn’t mean an expert like him can’t help you.

How do you approach a feral cat?

Don’t get too close, but do tempt them with food (remember, cats are carnivores). Make sure they have an escape route if they do feel threatened (so you don’t get bitten or scratched). Don’t make eye contact, and to paraphrase the Georgia Satellites, don’t give ’em no lies and keep your hands to yourself.

Can they be trained?

Galaxy says, “Try what I call ‘feral cat story time.’ You’re in a room with the feral — block off closets, under the bed, any escape routes. Put down food that is close enough to the cat where he can get to it, but it’s still a bit of a challenge.

“Make yourself small,” he continues. “Pull your knees to your chest or sit cross-legged. Bring a newspaper or magazine with you and read it out loud. Basically, you’re telling a story to the cat. Pretend you’re reading a bedtime story to a toddler — use your softest voice. Keep your eyes down, as it prevents engaging the cat in a threatening way. It also forms a positive association between you and the cat. You are a handless, eyeless voice that brings food. Remember, feral cats see humans almost as predators, and your job as a feral cat storyteller is to unstack the cards you have stacked against you.”

He also advises not to spend time training a cat who resists. You can’t change a leopard’s spots.

What if you can’t train them?

If you can’t train a feral, reach out to an organization that practices TNR. They aren’t bad cats, they’re just rolling stones. As Galaxy says, “One of my missions is to teach others to appreciate, love and value ‘community cats’ for who they are, not who you want them to be!”

If you want more info on effective cat training methods, check out My Cat from Hell Season 5 on Animal Planet starting April 26, or go to JacksonGalaxy.com.

Are cats smarter than dogs?
Top 3 signs you should hire a cat behaviorist
How to leave your cat home alone