They may not have made it onto the Oscar ballot this year, but these A-list stars definitely deserve an Academy Style Award.

Related story Family Affair! These Stars Brought Their Relatives to the Golden Globes
1 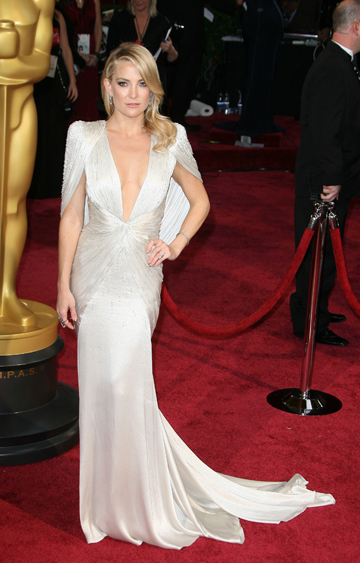 Actress Kate Hudson was the epitome of Old Hollywood glam at this year’s Oscars. She literally took our breath away in a gorgeous white Atelier Versace gown with a plunging neckline and attached beaded cape. Exquisite is the only word to really describe the way she looked. 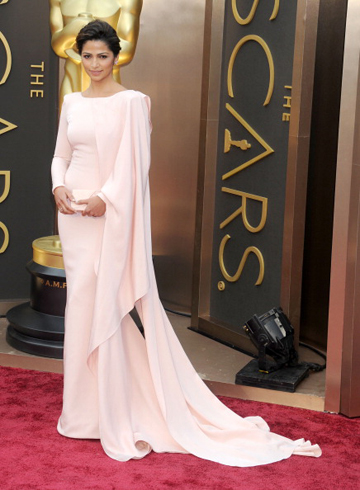 While her hubby Matthew McConaughey was busy taking home the Oscar for Best Actor, Camila Alves was silently stealing the style spotlight behind the scenes, thanks to her stunning light pink long-sleeve gown (complete with a cape) by Gabriela Cadena. It’s out of this world beautiful and so is she! 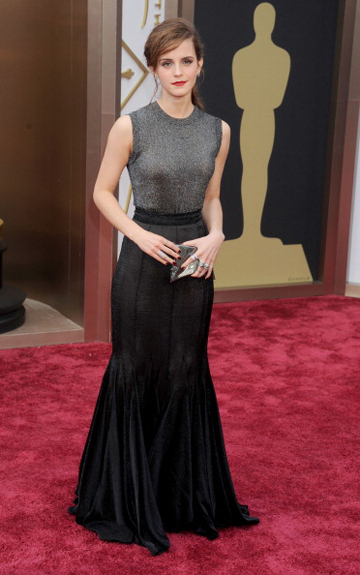 Emma Watson has always been a risk taker when it comes to red carpet fashion. For the 2014 Academy Awards, she took a walk on the wild side and opted for a semi-sheer, sparkly metallic gown by Vera Wang. She styled her hair in a messy half up/half down ‘do (which we’re obsessed with) and added a pop of bold red to her lips. 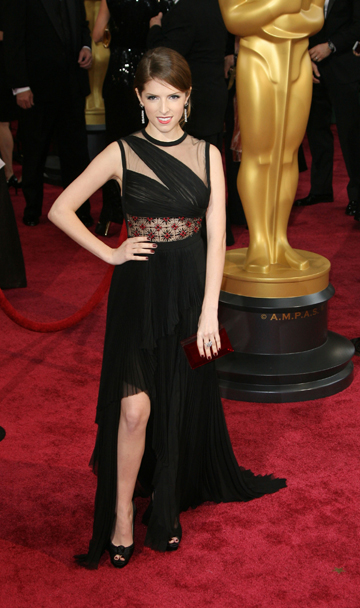 Anna Kendrick was all about the unexpected at the Oscars last night. The actress/singer showed off some serious skin (and leg!) in a daring black J Mendel dress that featured all sorts of funky things, including a sheer midriff panel that had a wild red snowflake-like design going on. Weird? Yes. But we couldn’t take our eyes off her. 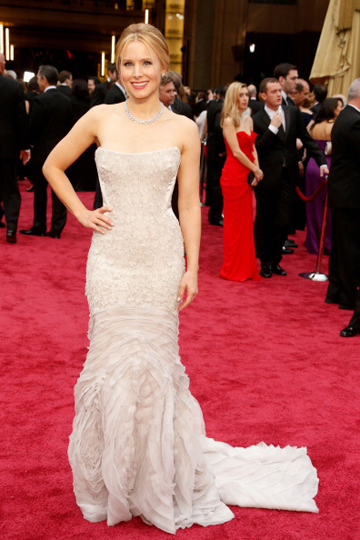 There’s no getting around the fact that Kristen Bell’s light gray Roberto Cavalli corset gown was one of the hautest numbers of the night. Not only did she look like a total ice princess in it (which, by the way, was her goal), but she also looked like she’d never popped out a baby before. I mean, how great is her body?

Jennifer Lawrence dons Dior (and falls again!) at the Academy Awards
Sandra Bullock’s Alexander McQueen gown is a huge hit
Amy Adams in a strapless peplum dress at the 2014 Oscars