Cate Blanchett went where no one else has gone before with her Armani Privé dress drenched in Swarovski crystals. 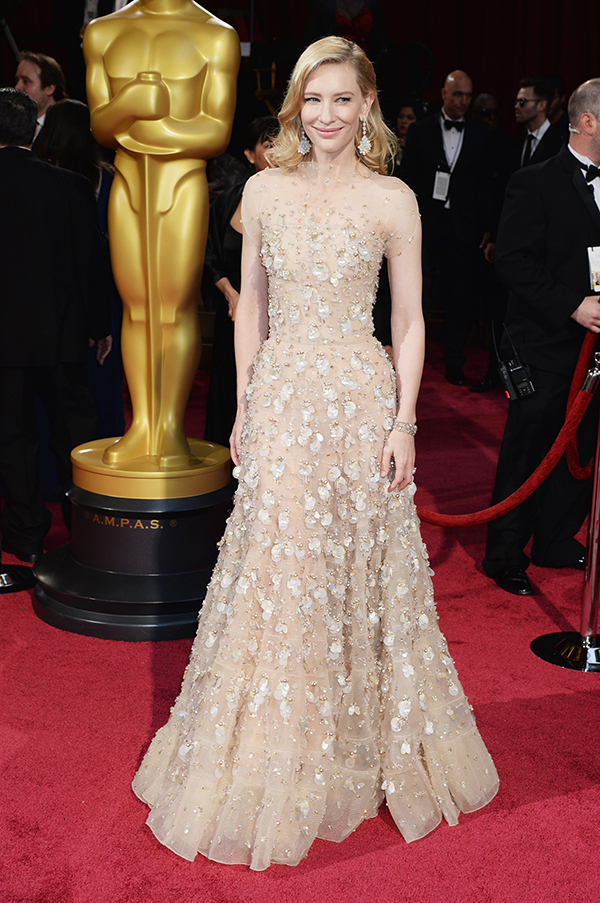 Just when we think Cate Blanchett can’t get any better, she goes ahead and tops our expectations with her 2014 Oscars dress. The actress walked the red carpet wearing a nude Armani Privé dress topped off with dozens of Swarovski crystals.

Blanchett — who won Best Actress for her role in Blue Jasmine — topped off her look with soft waves on her shoulder-length hair and jewels by Chopard.

The Australian actress’s easy-breezy style is a result of not caring about what others think of it.

“A badge of honor,” she told the Huffington Post of the pride she takes in being on worst-dressed lists. “Because if you’re worried about that stuff, you can tell. I mean, I’ve had some doozies, they don’t always work. But who are you dressing for? You can’t always dress for US Magazine.“

That’s advice we can all put to use.

Did Cate Blanchett wow you with her Oscars dress? Sound off below!