Dogs and babies aren’t the same, but raising a puppy can actually teach you a lot about being a parent. We talked to moms who had dogs before they had babies to find out how being a pet owner helped prepare them for parenthood.

Related story Amazon Is Having a Massive Sale on Pet Products, But You Need to Act Fast 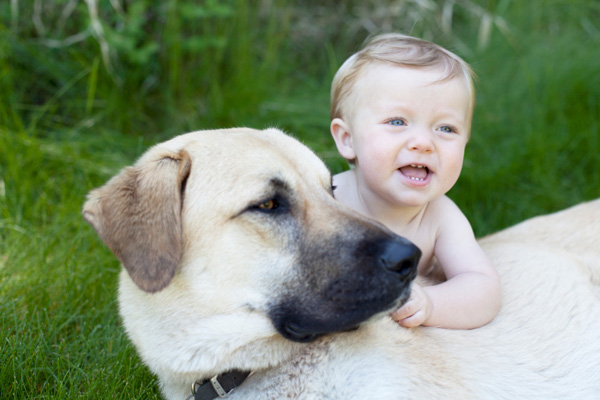 What you can learn from raising a dog

Dogs and babies aren’t the same, but raising a puppy can actually teach you a lot about being a parent. We talked to moms who had dogs before they had babies to find out how being a pet owner helped prepare them for parenthood.

Wondering what life will be like as a parent? Having a dog could give you some serious insight. Here’s how having a dog can actually make you a better mom.

Learn how to collaborate with your partner

When it comes to puppies and dogs, major decisions need to be made as a family. Will you train your puppy? What kind of discipline will be used? Who will be responsible for walks, feeding and other chores? As you communicate with your partner on dog care, you’ll develop the skills you’ll need as a mom to collaborate on child-rearing decisions.

Learn how to adjust your schedule 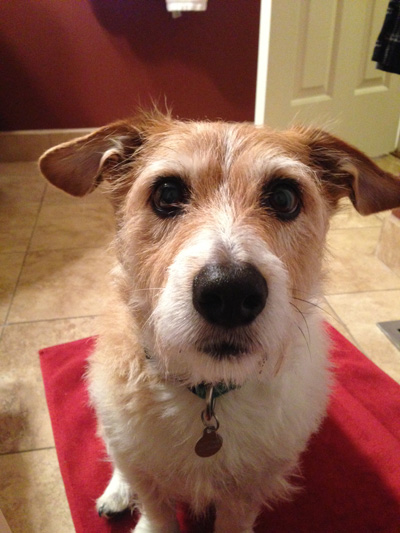 Allison Evans and her husband adopted Matty, a Jack Russell mix, two years before having their first child. “We were 24 years old, shift workers and we loved to travel,” says Evans. “Now we had to make sure someone could watch Matty if we were going away, or the hotel had a dog-friendly room if we were bringing him with us.”

Learn all about sleepless nights 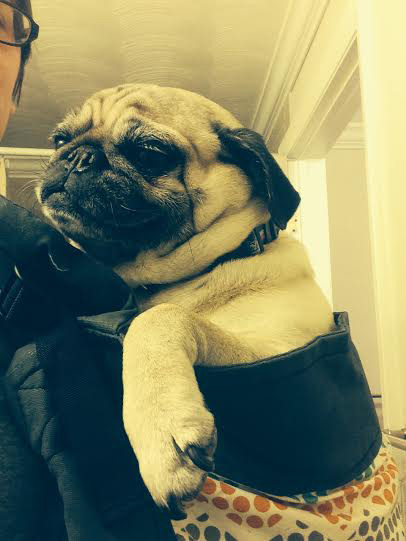 Jonna Rubin and her husband owned their Pug, Sunny, for about four years before their first daughter was born. “Those first few months with Sunny were a lot like having a newborn. She cried a lot at night, required near-constant supervision and had to go outside at all hours — frankly, that last bit is worse than a newborn,” says Rubin. “At least with a human baby, I didn’t have to put pants on. For Sunny, I had to get myself presentable enough to step outside in case my night-shift working neighbor came home while I was cajoling her to do her business in the grass.”

Jackie Carlin and her husband had dogs for four years before having children. Their first dog had severe behavior issues. “We spent a lot of time, money and love trying to help him live with these issues so that he was not a threat to himself or others,” says Carlin. “It was a frustrating, exhausting, challenging and yes, even rewarding experience, and frankly, I think it was the perfect training environment for me eventually becoming a mother. As us moms know, these are the kinds of challenges we face on a daily basis. It helped me see that things aren’t always going to go the way you expect but that doesn’t mean they’re any less rewarding.”

Learn how to read cues 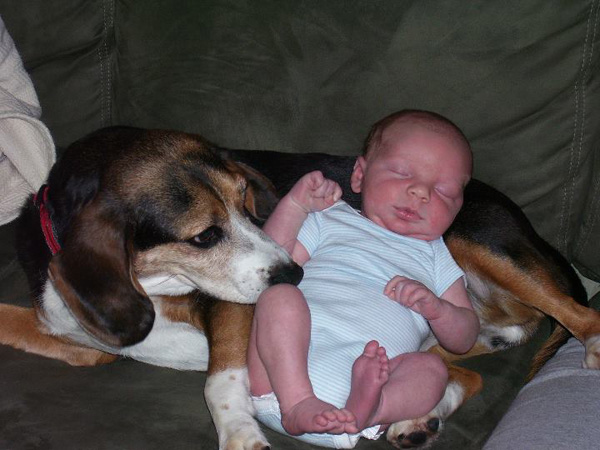 Julie Short owned her dog, Maverick, for almost six years before having her son, Jackson. “One thing I learned from Maverick was how to take cues from his behavior,” says Short. “He had his own way of telling me when he was hungry, tired, needed to go out, etc. Jackson has been much the same way. The cues are different, obviously, since you are talking a child versus a dog, but I learned that every child (and creature) is unique in how they let you know what they need.”

Learn how to nurture another life 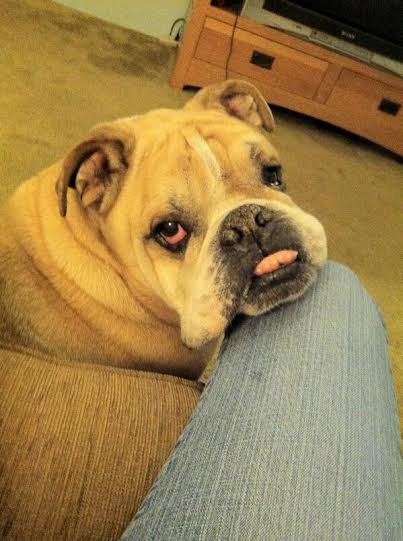 Kayla Thomas and her husband adopted Norm, an English Bulldog, when he was 10 weeks old. He had health problems from the start. “Norm showed us firsthand how we had to think beyond ourselves and make certain adjustments to our life and budget to support the needs of another life,” says Thomas. “Norm captured our hearts and we took care of him joyfully. He prepared us to open our hearts and love someone unconditionally, whether they were being naughty, gross, or incredibly cute and sweet.”

Top 10 dog breeds for kids with allergies
15 Dog breeds that are great swimmers
Should these dogs trust their owners, or not?

19 hrs ago
by Summer Cartwright