Check out this list of recent auto and car seat recalls to make sure your vehicle is always in top-notch shape. 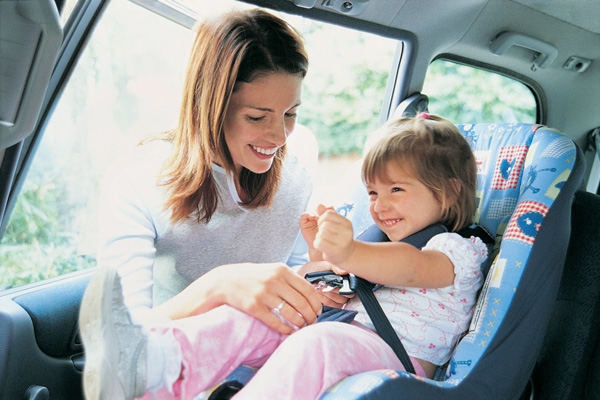 Keeping your children safe is vital when you’re driving, and that begins by having a solid vehicle. A few recent automotive-related recalls have emerged that moms will want to pay attention to. The following is a round up of a few that we found most important to women on the road.

U.S. safety regulators are investigating complaints about side airbags inflating when the front doors are shut. According to the National Highway Traffic Safety Administration, 28 drivers have reported the problem, and two individuals say it caused injury.

Toyota recalled 1.9 million of the vehicles sold from 2010 to 2014 over a software malfunction that may cause the vehicle to stall.

About 800,000 Chevrolet Cobalt and Pontiac G5 compact cars are being recalled to repair an issue that causes the airbag not to deploy in a crash. There have been 22 such accidents and six deaths, but the crashes occurred when the vehicles were being driven across dirt.

Last year, Honda recalled 344,000 of its 2007 and 2008 Odyssey minivans due to a computer issue. The malfunction could cause unexpected braking without the driver pressing on the brake pedal and without illumination of the brake lamps.

Those made between June 11-12, 2013, include incorrect software in the occupant restraint control module that may affect airbag deployment in crashes. Also, the 2013 Chrysler Town and Country and Dodge Grand Caravan models made between May 10, 2012, and June 7, 2013, have a software error that may result in the opposite-side airbags deploying from the collision point — meaning a left-side impact would deploy the right-side airbag and vice versa.

Certain models may not have the proper heat-treatment process, which could make the pistons more vulnerable to premature wear.

Certain models made between November 15-21, 2011, may have a right rear hub and bearing assemblies that weren’t completely machined.

General Motors recently recalled another 3 million of its vehicles, adding up to a shocking 12.8 million cars recalled in 2014 alone. The 2004 to 2012 Chevrolet Malibu, 2004 to 2007 Chevrolet Malibu Maxx, 2005 to 2010 Pontiac G6 and 2007 to 2010 Saturn Aura all have brake-light malfunctions, while the 2014 to 2015 Chevrolet Silverado and GMC Sierra pickups and the brand new 2015 Chevrolet Tahoe SUV have a tie-rod defect that could lead to a crash. In addition, the 2014 Chevrolet Malibu has a software issue that could lead to potential problems with the brakes when attempting to stop the vehicle.

In recent related news, Graco Children’s Products is recalling its seat harness buckles used in several car-seat models made from 2009 through 2013. NHTSA tells parents and caregivers to assess the operation of their seat buckles and contact Graco to find out how to obtain a free fix for the problem. The NHTSA also says parents and caregivers should consider using an alternative car seat until the Graco car-seat issue is fixed.

Want to make sure you stay on top of recall notices? So does the National Highway Traffic Safety Administration. It regulated that all vehicle manufacturers must use a distinctive label on the mailings that inform owners of recalled vehicles or equipment.

“Recalls only work if consumers are aware of them,” said U.S. Transportation Secretary, Anthony Foxx, in a statement. “This new label will allow consumers to quickly recognize recall notices mailed to their homes, so they can act quickly to get their vehicles, child restraints, tires or other motor-vehicle equipment fixed.”

Baby must-haves on a budget: Best budget car seat
Tires and car safety: What every mom needs to know
Booster seats: Which one is right for you?