Settings matter when it comes to energy and your wallet. Pay attention to how your electronic settings are set up, and you can save money and energy — right now! 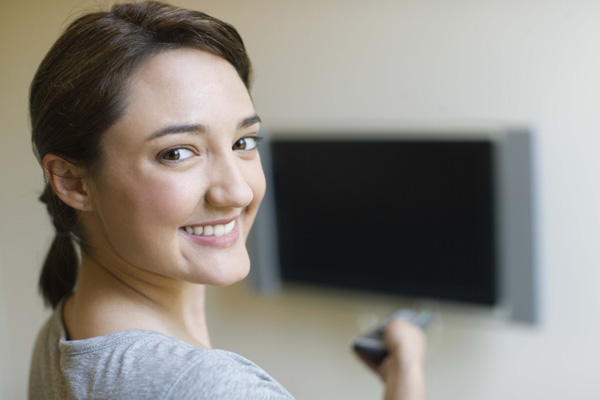 According to Natural Resources Defense Council (NRDC) Senior Scientist Noah Horowitz, there are simple things you can do with your electronics settings to save money and energy.

Horowitz says that the goals with battery life are to maximize the time you can go between charges and to preserve the overall life of your battery before it needs to be replaced. He suggests, “For both laptops and cell phones, lower the screen brightness and disable power-sucking features, such as Bluetooth and WiFi, when you’re not using them. Also, don’t leave your laptop plugged in all the time as it will shorten the battery’s lifetime.”

A green TV, with the right settings

Buying an energy-efficient TV is step one; step two is setting it up in the most-efficient way. Horowitz explains how. “A new flat-panel television uses far less energy than models manufactured even five years ago, but you can increase the savings even more. In the picture set-up menu, choose the ‘home’ or ‘standard’ screen setting — the ‘vivid’ or ‘retail’ settings are unnecessarily bright for most home use and, more importantly, they burn 15 percent to 20 percent more power. While you’re in the main menu, also disable the ‘quick start’ function. Most TVs sip just enough juice in standby, about 0.5 watts, to recognize your remote control signal to power up. The quick-start function turns on the TV slightly faster, but eats significantly more power in standby during the 20 or so hours per day you aren’t using your TV.”

According to Horowitz, more than 85 percent of households are pay-TV subscribers and have one or more set-top boxes from their cable, satellite or telephone company. But the kicker is that cable and satellite boxes run at near full power even when they’re off. Horowitz suggests doing three simple things to minimize energy use (and maximize money savings) with cable and satellite boxes. “To make sure you have one of the latest, most efficient versions ask your cable or satellite provider for a box that meets at least ENERGY STAR version 3.0. If you’re connecting pay TV service to multiple televisions, request a whole-home DVR for your primary TV and a thin client for the other sets. This eliminates the need for another larger box or DVR — cutting overall energy use — and you can still watch recorded shows on any TV. Also, unplug the set-top box on seldom-used TVs (such as in guest rooms and vacation homes).”

Even your movie playing can be energy and cost efficient! Horowitz explains, ” If you’re lucky, your new TV is internet-ready, allowing you to stream a movie from Netflix directly without another device. But if it’s not, the next best thing is to access movies through a small box such as Roku or Apple TV, which use 5 or fewer Watts. Avoid streaming movies through game consoles like the Play Station or Xbox because they use 10 to 20-plus times more energy to play the exact same movie.”

According to Horowitz, “Failing to turn off the console after playing a game or movie wastes lots of electricity — up to $75 worth annually. Over five years, that equals what you paid for the game console. You can set the device to put itself to sleep when it’s not being used. Go to the console’s user menu and enable the “auto power down” feature to kick in after one hour of inactivity when a game is loaded, and four hours to allow for movie play.”

In our connected world, we forget to turn off our computers, even while we’re sleeping! There’s an easy fix to this energy- and money-wasting habit. Horowitz explains, “A typical desktop computer and monitor running 24/7 unnecessarily uses $40 a year more in electricity than when the devices are put to sleep. The U.S. Environmental Protection Agency recommends adjusting control-panel settings for the monitor or screen to turn off after 15 minutes of inactivity and for the computer to power down to off after 30 minutes.”

Energy vampires are those products that we keep plugged in “just in case” we need them. Horowitz says that products with rechargeable batteries, such as cordless phones, cordless drills and electric toothbrushes, are worth unplugging when not in use.

More on green living in a techie world