Taylor Swift surprised everyone with her edgy Grammys gown last night, but we were so busy paying attention to her amazing hair that we barely even noticed the dress! 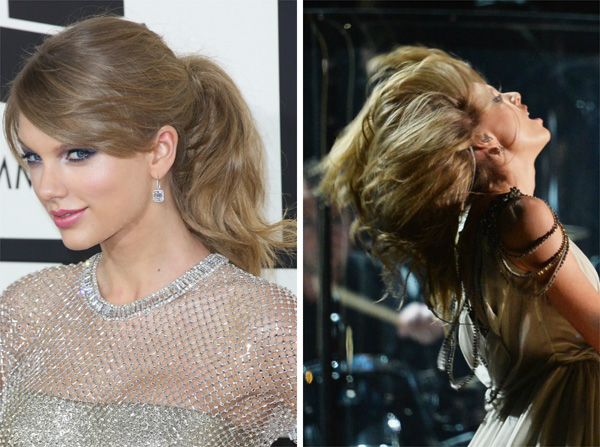 So Taylor Swift didn’t take home Album of the Year at last night’s Grammy Awards. So what? The country crooner rocked the red carpet in an edgy dress and one of our fave hairstyles of the night. That’s a win if you ask us!

Long known for her springy, shiny curls, Taylor shocked the beauty world about a year and a half ago when she switched tunes and started wearing her long blond locks straight. Oh yeah, and those blunt bangs she started sporting were a major surprise too! But recently, Taylor has been going for a softer, blown out look that we love and recently chopped her locks a few inches. 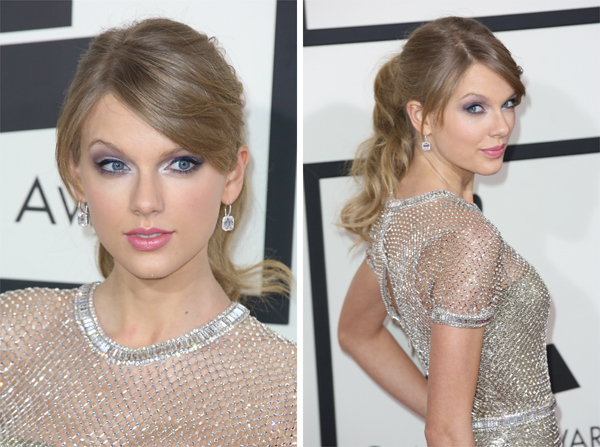 Rather than going for an edgy ‘do to complement her chainmail-inspired Gucci gown last night, Taylor pleasantly surprised us with a soft, medium set wavy ponytail. The simple ‘do let her eye-catching dress really take center stage and provided a really pretty contrast. To finish the pretty ‘do off, Taylor wore her bangs shiny and sideswept. Pretty, right? 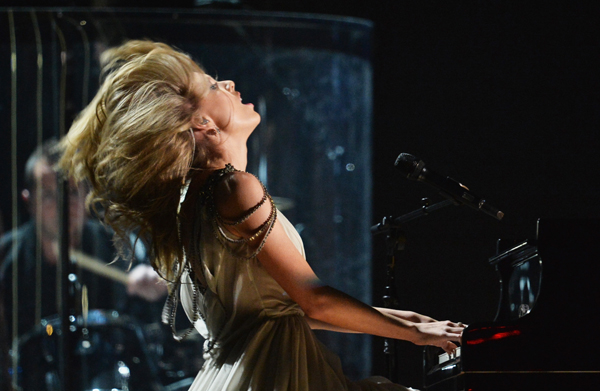 Later on in the night, Taylor let her hair down (literally) for an emotional performance of her song “All Too Well.” Tay’s wavy pony turned into a soft, beachy look that lent itself to some major headbanging on stage. Whether you’re a fan of her music or not, I think we can all agree that Taylor knows how to make a pretty beauty statement!

See what Taylor’s hairstyle would look like on you!
Start here >>