Black History Month gives everyone a chance to celebrate the rich culture and heritage of African Americans, whose accomplishments and achievements are part of the fabric of American history. During the month of February and year-round, here is a list of seven must-see attractions and monuments to visit across the country. 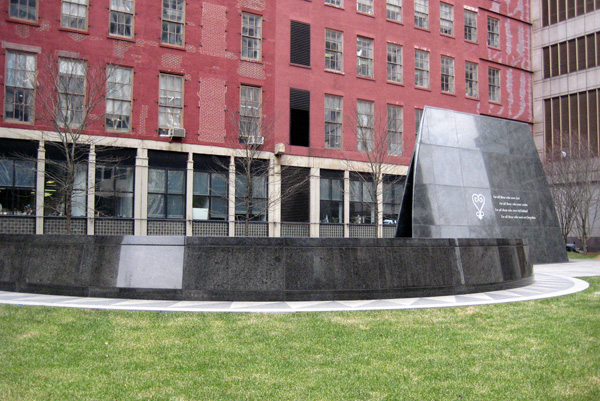 The Martin Luther King Jr. Memorial in Washington, D.C. stands tall among the Jefferson and Lincoln memorials on the National Mall and honors Dr. King’s civil rights legacy and his non-violent fight for freedom and equality for all people. The centerpiece of the handsome granite monument is a 30-foot statue of Dr. King called the “Stone of Hope,” which is separated from the rest of the monument, called the “Mountain of Despair.” These phrases were taken from Dr. King’s seminal 1963 “I Have a Dream” speech.

The National Great Blacks in Wax Museum in Baltimore is the nation’s first and only wax museum of African American history. Wax statues of noted entertainers and prominent figures, past and present like Billie Holiday, Rosa Parks, Frederick Douglass and President Obama, are a welcome sight. But the museum doesn’t shy away from the horrors of slavery and the realities of racism. One harrowing installation uses wax figures of shackled slaves in a cramped slave-ship replica to portray the inhumanity of the Middle Passage (the portion of the Atlantic slave trade that transported stolen African men, women and children from Africa to North America).

Also in Baltimore, the Reginald F. Lewis Museum of Maryland African American History and Culture — named after a successful businessman from Baltimore — showcases the contributions of African American Marylanders from the state’s earliest history to present day. In addition to its compelling permanent and traveling exhibitions, the museum hosts film screenings, book signings and special events.

Located in the Hyde Park section of Chicago where President and Mrs. Obama lived, the DuSable Museum of African American History is named after Jean Baptiste Point DuSable, a Haitian man of African and French descent, who founded Chicago. The museum has over 15,000 pieces of art, including paintings, sculpture, print works and historical memorabilia. In downtown Chicago, there’s also a statute of DuSable in Pioneer Court on N. Michigan Avenue overlooking the Chicago River.

The Studio Museum in Harlem

From the Harlem Renaissance to the roots of hip-hop, Harlem has long been a hot bed of African American culture. By spotlighting the works of up-and-coming contemporary artists of African descent and work that has been inspired and influenced by black culture, The Studio Museum in Harlem continues the historic Manhattan neighborhood’s artistic tradition.

Slavery didn’t just exist in the South; it was also prevalent in northern states. Reportedly, enslaved Africans arrived in New Amsterdam (New York’s former name) as early as 1626, and the area now known as New York City was one of the largest slave-trading centers in America, second only to Charleston, South Carolina. To pay your respects to those forgotten New Yorkers, visit the African Burial Ground National Monument, which was discovered in 1991 when workers on a federal office-building construction site found the remains of over 400 Africans just below street level. When the construction was halted, archaeologists uncovered parts of the 6.6-acre burial ground that was used until slavery was legally abolished in New York State in 1827.

The African American Museum in Philadelphia

At The African American Museum in Philadelphia, the first institution of its kind in a major city, you’ll find colorful art and artifacts and interactive exhibitions that celebrate black culture and the accomplishments of black Philadelphians. The museum also hosts community events, workshops and film screenings.

26 mins ago
by Taylor Jeffries

Tory Burch Has Over 200 Unbelievably Good Deals on Fan-Fave Handbags, Loafers, Jackets & More For Today Only