Ready to get weird? We uncovered 17 freaky statistics, from the bizarrely interesting to the downright disturbing, guaranteed to give you goose bumps.

Related story 17 Random Statistics That Will Actually Surprise You 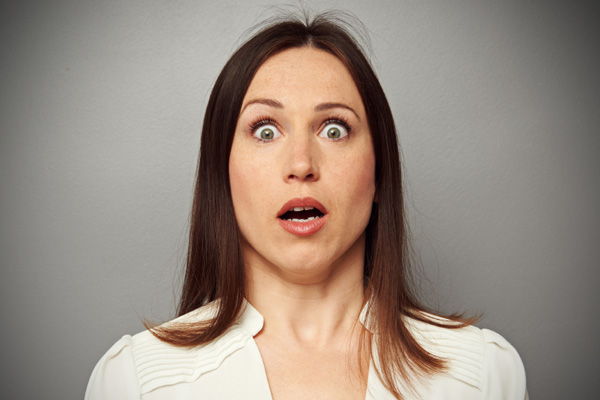 You’re more likely to die from prescription drugs than in a car accident. Heroin is one of the most-common drugs abused, but it’s still less likely to kill you than one that is prescribed.

Nearly 600 people a year die from autoerotic asphyxiation. The most-disturbing part is that it’s not a new phenomenon and has been used to commit murder.

So, this is gross. Do you use those more eco-friendly and supposedly more-effective dryers in the bathroom? You might want to rethink that. Drying your hands with good, old-fashioned paper towels reduces 45 to 60 percent of the bacteria on your hands. The dryer increases it by up to 255 percent. All those icky little organisms apparently like to set up shop in the warm, moist environment of a bathroom hand dryer.

Over 80 percent of mass shooters obtained their guns legally between the years 1982 and 2012. Many were later discovered to have mental issues that weren’t diagnosed.

Texting while driving kills 6,000 people in the U.S. each year. That’s almost as many from drinking and driving.

Stranger danger my behind!

As of 2009, 24.2 percent of murder victims were killed by family members. An additional 53.8 percent were murdered by someone else they knew. Of the female victims, 34.6 were murdered by their boyfriends or husbands.

Doppelgängers: They do exist!

You know how your mommy always told you that you were a special flower? We’re not saying she was wrong, but she was wrong. There are at least six people in the world who look pretty much exactly like you. More bizarre, there’s a 9 percent chance you’ll meet one of them. I guess it’s better than ego-surfing yourself to see an article on your brutal murder. (I speak from experience.)

Fans of hit Syfy TV reboot Battlestar Galactica won’t be surprised to hear that vending machines kill about 13 people per year. We know it’s a pain when your chips hang, but think twice about shaking the machine. Happy snacking (if you dare)!

We’re not sure if this is true, but if it is, it’s kinda gross. The average woman apparently ingests 6 pounds of lipstick in her lifetime. Obviously, lipstick isn’t poisonous, but the thought of eating over 900 tubes of lipstick certainly isn’t appetizing (the average tube of lipstick is 3 ounces).

You know those chicken nuggets kids love from a certain international fast-food chain? Only about 50 percent of that “meat” is chicken. The rest is loaded with chemicals that are also found in things like Silly Putty, makeup and butane. As you might imagine, one of those chemicals is highly (I mean highly) toxic in even small doses. So, I guess that means it’s an even smaller dose in your nuggets. Which begs two questions. 1) Why bother putting it in there? 2) How freaking hard is it to batter up some sliced chicken and toss it in the fryer?

Bedbugs aren’t the only ones that bite

Ants kill about 30 people per year. Unless you’re one of those 30, that’s hardly a staggering number. That said, the two most-deadly ants, both African breeds, live in colonies with about 20 million of their closest friends. You may wonder how on earth an ant kills something so much larger and faster. Ant allergies may be responsible for some, but most cases happen when people fall asleep near their hill and die of anaphylaxis after being bitten multiple times.

Cancer is a cancer

Seems like everything can cause cancer these days. So much so, we barely register the remark when we hear it. But maybe we should take it more seriously. About 50 percent of people will be diagnosed with cancer in their lifetimes.

Factory-farmed chicken has three times more fat and a third less protein than chickens did 40 years ago. If that’s not freaky enough where your diet is concerned, the eggs that come from these factories are six times more likely to contain salmonella. Hug an organic farmer today!

OK, they’re probably not crazy, but it’s disconcerting that the average high school student today has the same level of anxiety as the average patient at a mental institution in the 1950s. Makes you want to rethink telling your kids you know what it’s like. With any luck, you don’t.

Off with her head!

If you get decapitated, you may still be conscious for up to 25 seconds. Bet you’ll be thinking about this fact a lot longer, though.

The domestic cat is one of the most-deadly predators on the planet. Domestic cats are responsible for a median of 12.3 billion mammals and 2.4 billion birds per year, making them the single greatest threat to wildlife that are linked to humans. If cats killed humans, they’d take out 41 percent of our population a year. Remember that the next time you’re cuddling Fluffy.

What are the odds? 21 Statistics that will surprise you
20 Interesting sex facts
10 Shocking fast-food facts