Sometimes it feels like we’re living in the future. We have smartphones and smart cars and nail polish that stays on for weeks without chipping. It’s practically Star Trek around here! To prove our point, we’ve compiled 15 showers so modern they look sci-fi and so futuristic they look like they fell out of a Star Trek set. 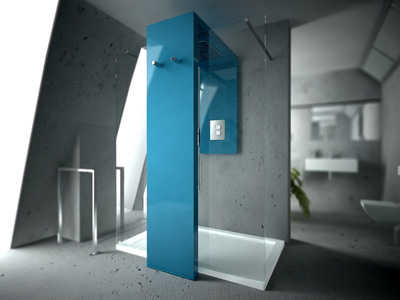 This ultracontemporary shower boasts all sorts of extras (green living, radiator heating, etc.), but mainly we want to have it in our home so we can show off our impeccable interior design taste. 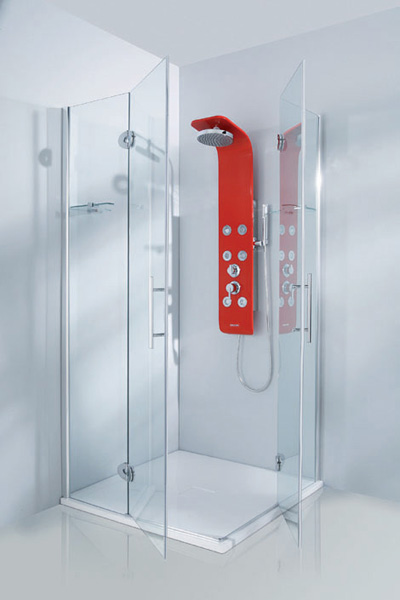 Orange! The fun pop of color in this otherwise simple shower is futuristic perfection. Orange! We’re not going to stop saying it. Orange! 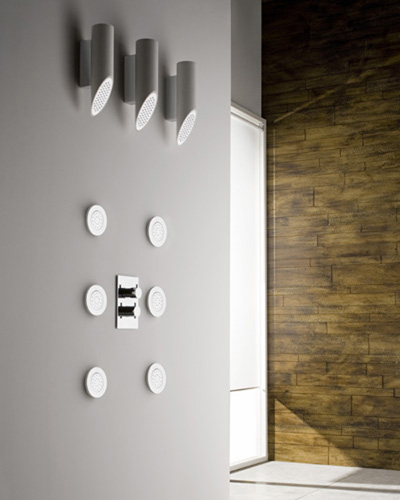 We’re not exactly sure what’s going on with this wall (shower?), but it looks great and we are more than willing to find out. 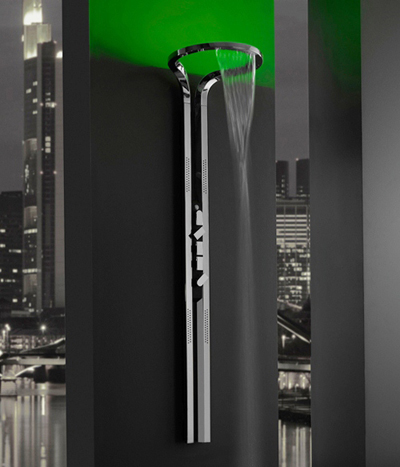 This shower is so modern the designers even Photoshopped in a bustling city life behind it so you would know how cool it was. We believe it. 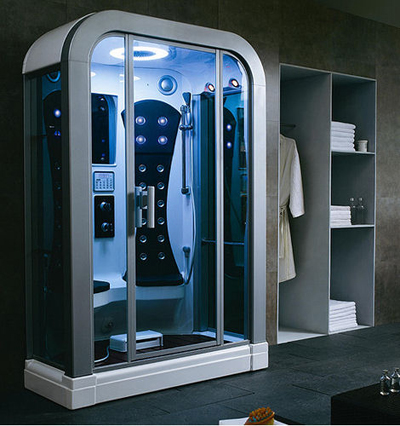 We kind of expect to see Chris Pine step out of this gem in the next Star Trek film and say, “That was the best shower of my life. Now, beam me up, Scotty!” 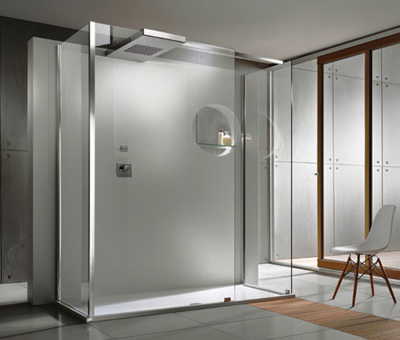 Whenever the words “shower” and “cabin” are combined, we’re fans. Whenever a shower cabin looks as chic and flawless as this one does, we’re double fans. 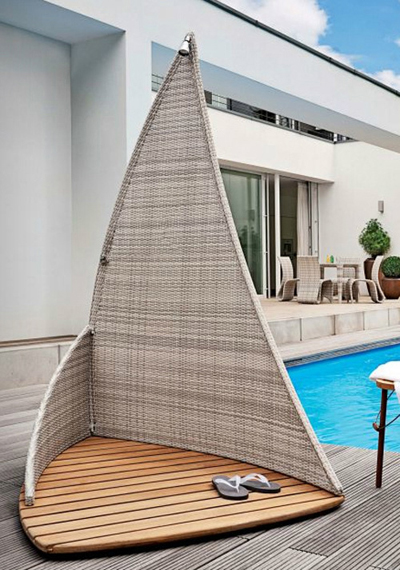 Is it a shower? Is it a triangle? Is it a fashionable way to display your flip flops? Whatever it is, we’re all about it. 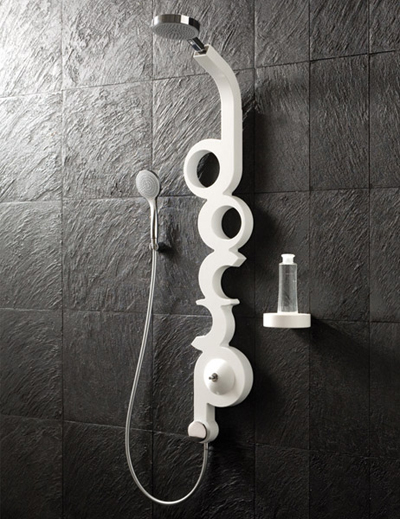