In today’s high-tech world, kids and adults no longer just have to worry about in-person bullying but cyberbullying as well. Unfortunately, cyberbullying is very real — and scarier than ever. 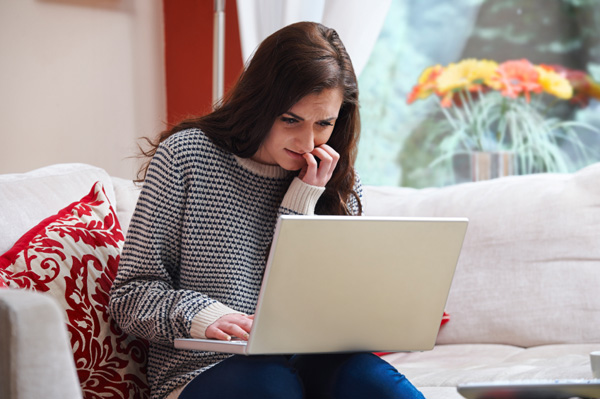 No one ever thinks that he or she can get bullied over the computer, but that’s exactly what cyberbullying is. StopBullying.gov defines cyberbullying as bullying that takes place using an electronic device. Individuals can be bullied via text messages, emails, social media platforms, fake profiles and more.

Cyberbullying can have stronger effects on the person being bullied than if it were to happen in person. The reason? Cyberbullying is 24/7. You can’t escape it by changing schools, switching jobs or moving. Anyone can be a victim — and it happens in all shapes and forms. StopBullying.gov states that kids who are cyberbullied are more likely to use drugs, skip school, be bullied in person and have lower self-esteem than those who are not cyberbullied.

Katie ran a blog for a little over a year before the threats started coming in. She had just given birth to her daughter, and for whatever reason, readers started lashing out, from how she parented to how she chose to dress her child. It was to the point where she felt her and her family’s safety was at risk. Even though she loved blogging, she knew there was just no way she could continue to share her personal experiences and life on the Internet. Katie personally believes that these bullies were jealous and had nothing better to do with their time than pick on someone else. Unfortunately, Katie had to give up a passion of hers in order to get the cyberbullying to stop.

Ruth was in her second year of law school when the cyberbullying began. The bully was one of her own peers, and she started sending Ruth mean and disrespectful emails all because she wasn’t invited to an event. Ruth reached out immediately to people who could help her with this situation and began forwarding them every single email. For the first time ever, she was actually afraid to go to school.

Ruth ended up making an appointment with the assistant dean of the law school, who decided he should speak with the bully in person. The bully left town immediately, but she and the dean were able to speak over the phone. The bully was not very receptive and ended up sending even more threats to Ruth. Ruth took her last final in a separate location from her class as a safety precaution.

After Ruth’s last final, she filed a report with the student right’s office. Ruth was advised to email her bully stating if any future contact was made, it would be reported to the university as harassment, and action would be taken. Thankfully, they never had direct contact again.

To learn more about Ruth’s experience with cyberbullying, click here.

How to prevent cyberbullying

The Cyberbullying Research Center recommends the following tips to help prevent being the victim of cyberbullies:

If you’re a victim of cyberbullying, get help immediately. Do not respond to any of the threats. Report any and all threats to the social media sites and Internet service providers, and if need be, report the cyberbullying to law enforcement officials.

5 hrs ago
by Summer Cartwright